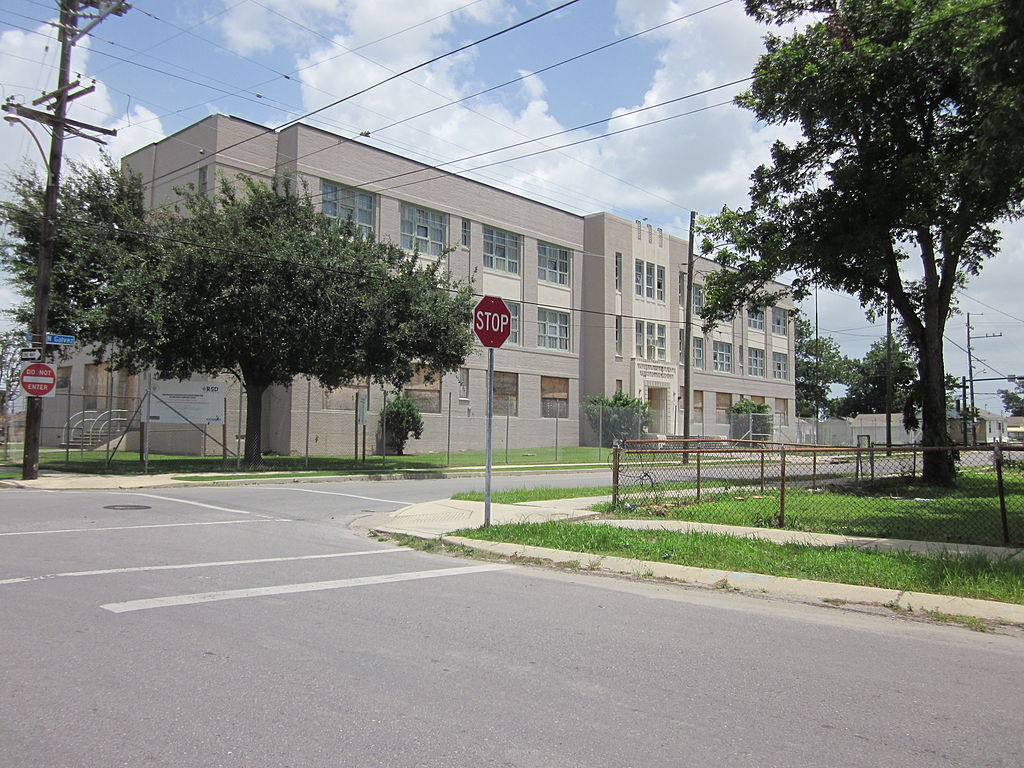 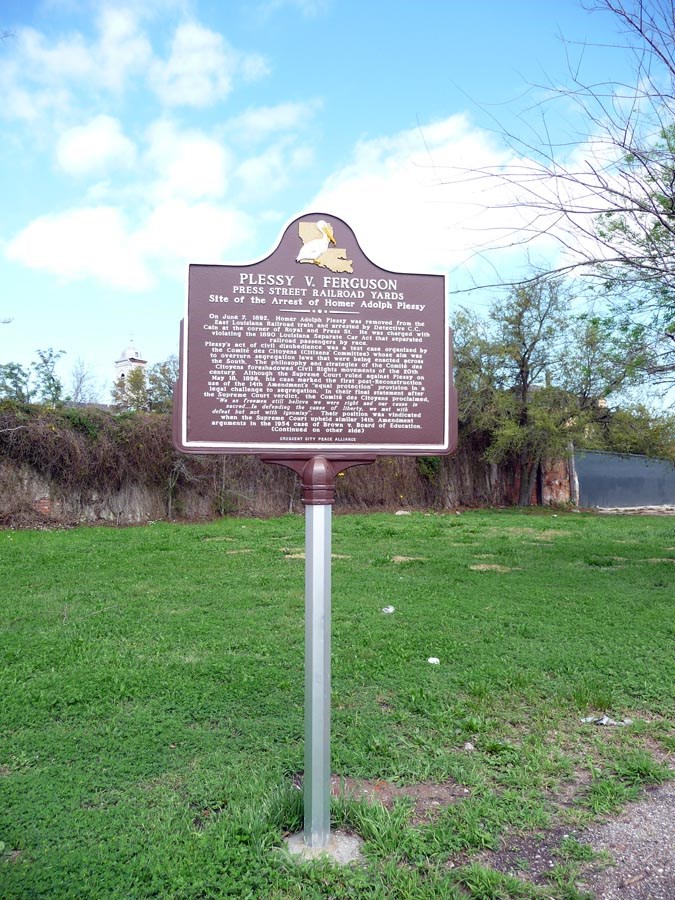 On June 7, 1892, a 30-year-old African-American man named Homer Plessy purchased a ticket and proceeded to board a segregated East Louisiana Railroad passenger train car at Press and Royal Streets in New Orleans. Rather than sitting in the designated “colored” section, Plessy in a section on the rail car designated to seat whites only. After a planned altercation with the train conductor, Plessy refused to give up his seat and move to the colored only car. The train was stopped and he was arrested immediately by a private detective hired for the planned cause. Plessy was arrested for breaking Louisiana's Separate Car Act of 1890 which required the segregation of rail passengers traveling on intrastate railroads. 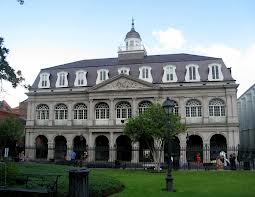 The monumental Cabildo building located today on the historic Jackson Square was constructed between 1795 and 1799. The original Cabildo building was destroyed in the great fire of 1788, along with over 70% of the cities buildings. The Cabildo was the seat of the Spanish colonial government. The word "cabildo" means "city council" in Spanish. This building was the site of the official Louisiana Purchase transfer ceremonies in 1803. It functioned as the seat of the New Orleans city council until the mid-1850s. Later, the "Sala Capitular" room was used the Louisiana Supreme Court and became the site of several landmark cases. Today, the Cabildo hosts the Louisiana State Museum's extensive colonial Louisiana and New Orleans history exhibit. 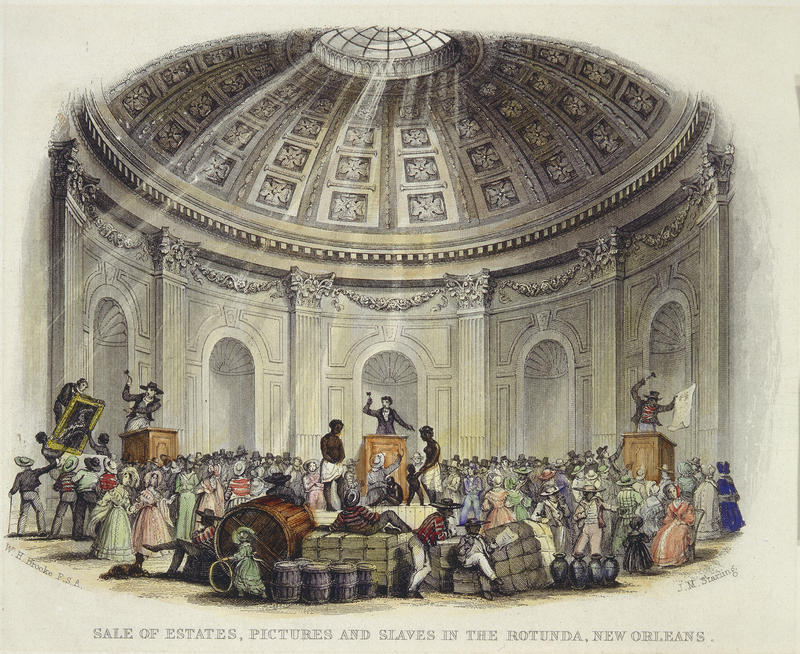 One of the most controversial monuments in the United States, this memorial was erected in 1891 to honor white supremacists who attempted to overthrow the government of Louisiana in 1874. The monument was moved and modified, and was the subject of decades of heated debate regarding its proper disposition. In April 2016, city officials called for the monument's removal. While a vast majority of New Orleans residents wanted the monument removed, the state legislature intervened and in a series of partisan votes, enacted measures that took the authority to remove monuments from city leaders. After two years of demands by residents, state legislators voted against further actions to block the city from removing the monument in early 2017. On April 24, 2017, (a date that a few states still celebrate as "Confederate Memorial Day") workers disassembled and removed the monument under the cover of darkness, protected against possible white supremacist violence by police snipers. Mayor Mitch Landrieu stated in a speech (in the video below), "We will no longer allow the Confederacy to literally be put on a pedestal." The controversy surrounding the monument reflects the violent event the monument was meant to commemorate. Following the victory of a Republican ticket composed of black and white candidates in the election of 1874, five thousand members of the Crescent City White League attempted to seize control of the state government by force. The attempted coup led to an armed confrontation between members of the racially-diverse police force. Thanks to the presence of federal troops, the attempted coup failed. However, the Battle of Liberty Place continues to represent the most deadly attack on an American police force. While the interpretation of the battle has changed, it is important to note that this monument was created to honor the members of the White League. In the 1990s, the monument was altered to include a plaque that honors the fallen officers who attempted to preserve democracy. In 2015, a special commission established by the city council recommended the complete removal of this monument. Demonstrating the ways that political parties can change over time, modern-day Democrats are in favor of removing the monument while Republicans defend the structure as part of the state's heritage. 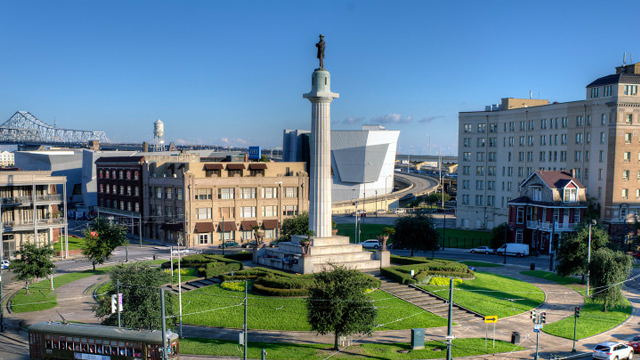 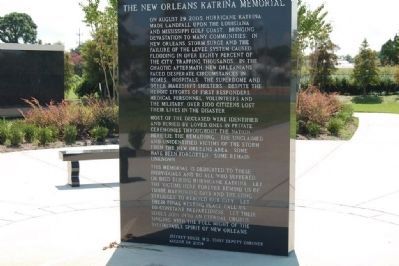 The memorial located on this site marked the tragedy that befell New Orleans on August 29, 2005. Hurricane Katrina severely damaged the Mississippi and Louisiana Gulf Coast and caused the deaths of over 1,100 people. This memorial acts as a grave marker to those who were not buried in marked graves by loved ones.