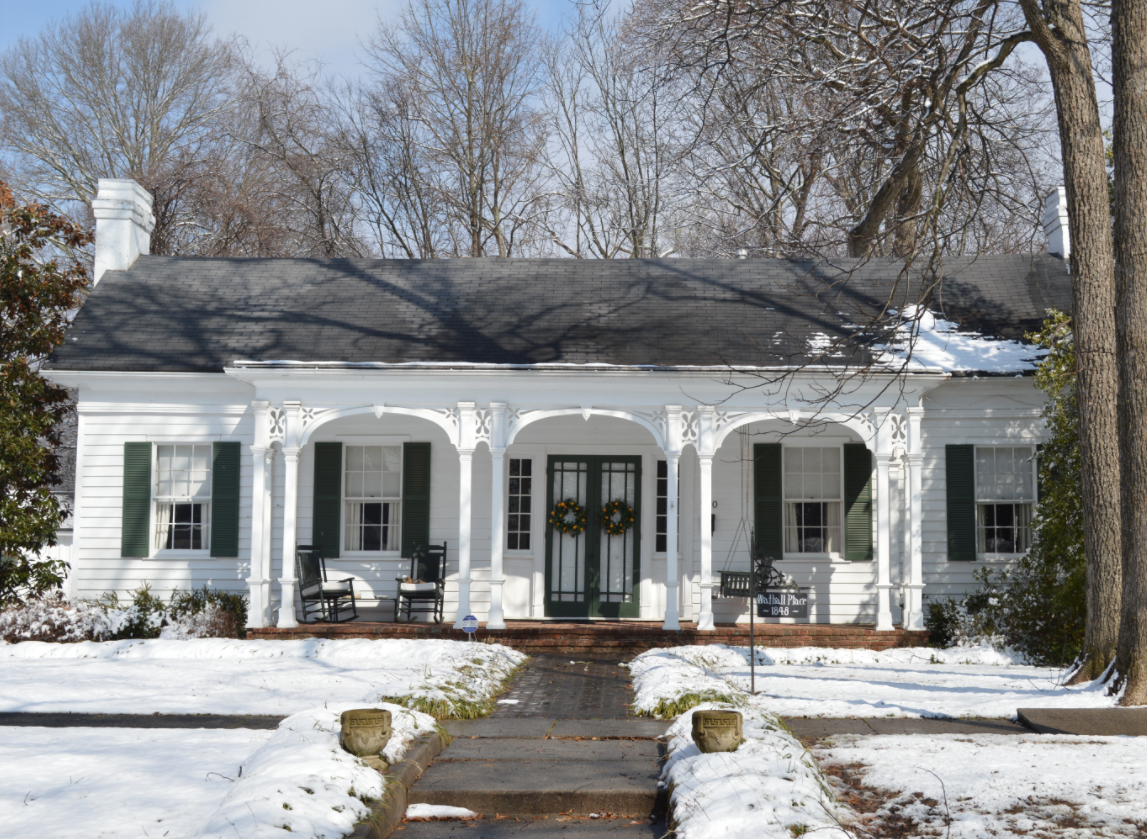 The Kate Freeman Clark Art Gallery was built in 1963 and is located next to the Walthall House. 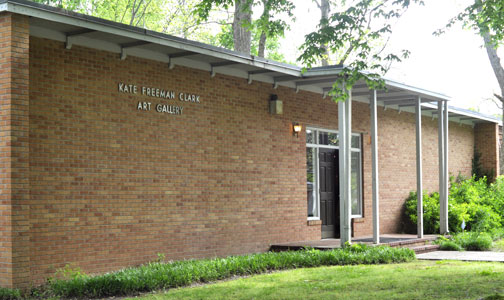 Barrett Walthall and his family arrived in Holly Springs from Richmond, Virginia in 1841 (or possibly 1840). Upon arriving he built the original version of the house—a log cabin. In 1848 he expanded it to its current size and appearance. Its most interesting feature is the porch which has paired posts forming arched openings and decorated with millwork trim.

Edward C. Walthall was born in Virginia but spent the rest of his childhood in the house. As a young man, he studied law and passed the bar exam in 1852, then opened a law practice in Coffeeville, Mississippi. He was elected district attorney for the 10th judicial district of Mississippi in 1856 and then again in 1859. As noted above, during the Civil War he joined the Confederate Army. He entered as a lieutenant but rose to the rank of brigadier general in late 1862. After the war, he practiced law again in Coffeeville but moved to the town of Grenada in 1871, where he practiced until 1885 when he was appointed U.S. Senator. He was elected in 1889 and served until early 1894. He was then reelected in March of 1895 and served until he passed away on April 21, 1898. He is buried here in Holly Springs.

When Kate Freeman Clark was around 10, she and her mother, Cary Walthall Freeman Clark (1850-1922), moved into the house. Cary's mother, Kate Walthall Freeman (Barrett's daughter), had been living there since 1881. In 1891, Kate Freeman Clark enrolled in the Gardner Institute (a finishing school for women) in New York City. After graduating in 1893, she and her mother went to the Chicago World's Fair (also known as the World Columbian Exhibition) where they saw art on display. Inspired by what she saw, Kate took an interest in art and decided to pursue it.

After studying art in Memphis, Tennessee, she moved to New York City in 1894 and enrolled in the Art Students League, where noted American impressionist painter William Merritt Chase taught. When Chase opened his own school on Long Island, Kate and other students joined him. Unsurprisingly, Chase had a tremendous influence on her throughout her career. During her time in New York City, she created around 1,000 paintings and presented her work in several shows. For a time, she would submit her work under names such as "Freeman Clark" to prevent any judgement for being a female artist.

Unfortunately, Kate gave up painting in 1924. At the time, modernism was gaining in popularity in the art world, which was difficult for her to accept. Furthermore, the death of Chase in 1916 and and her grandmother (Kate Walthall Freeman) in 1919 were very painful. In light of these events, she put her paintings into storage in New York City and returned to Holly Springs, where she lived quietly in the house with minimal contact with others. As a result, few in the community knew of her talent as a painter. She died in 1957 at the age of 81. Before she passed, however, she made arrangements to bequeath many of her paintings and sketches to the city. She also requested that a museum be built to house her work. It opened in 1963 and also contains a few of Chase' paintings.

Given its significance, Walthall House is a contributing property of the East Holly Springs Historic District, which was listed on the National Register of Historic Places in 1983.