St. Patrick's Catholic Church was built in 1886. It is an excellent example of Gothic Revival architecture. 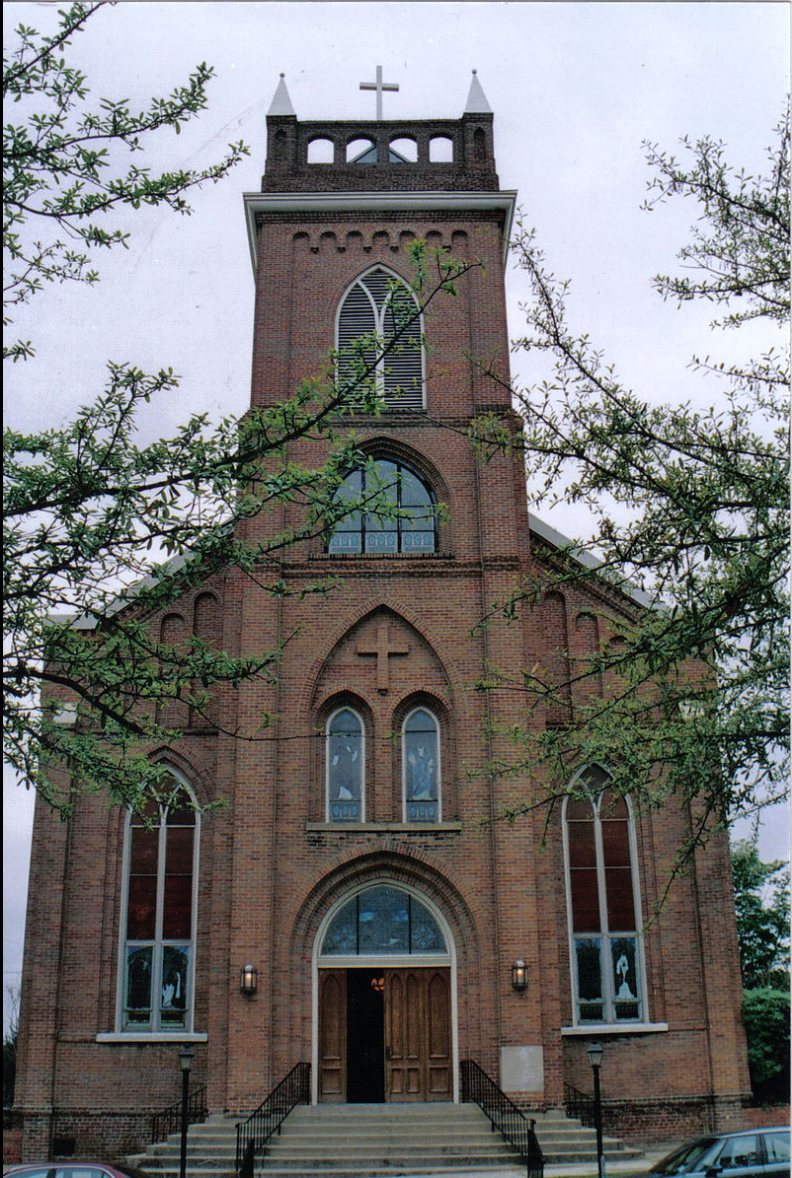 Meridian's Catholic history dates back to 1853 when missionaries, who were among the first to settle in the area, arrived from Paulding County. The first Catholic church was built at this location in 1866. Two years later, the church's pastor, Father Louis Vally, arrived and became a leader in the community. Among his accomplishments were organizing the town's first fire fighter brigade and helping establish a convent in 1877. During the Yellow Fever Epidemic he cared for the sick and buried those who died. He also led the effort to built St. Patrick's Church in 1886. He is buried on the grounds just outside of the church; his grave is the only one in the city not located in a cemetery. Next to the church is the parish school, which was established in 1873. The present school building was constructed in the 1960s.