The Meridian Museum of Art opened in late 1970. The building itself was constructed in 1884 as the First Presbyterian Church, then becoming a library from 1913 to 1967. 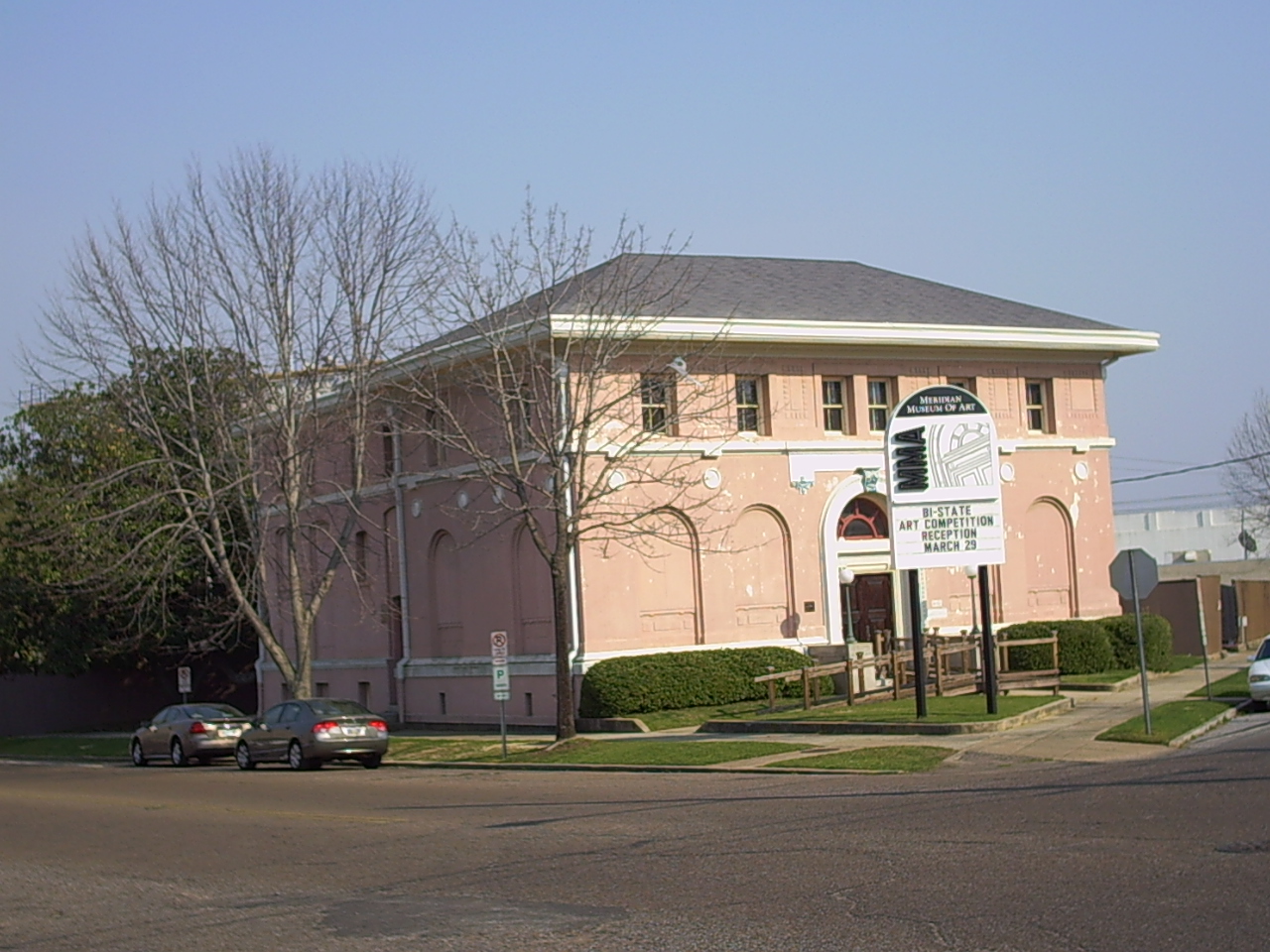 The library was originally the First Presbyterian Church, which was formed in 1856. The congregation remained here until 1913, when the building was converted to a Carnegie library. The library closed in 1967 coinciding with the completion of a new library building. The museum was scheduled to open in January 1970, but a fire severely damaged the building, pushing the opening to later that year. The museum has remained an important cultural center for the city and region ever since.