Designed in the Moorish Revival style, Temple Theater was one of the largest movie "palaces" in the country when it opened in 1927. 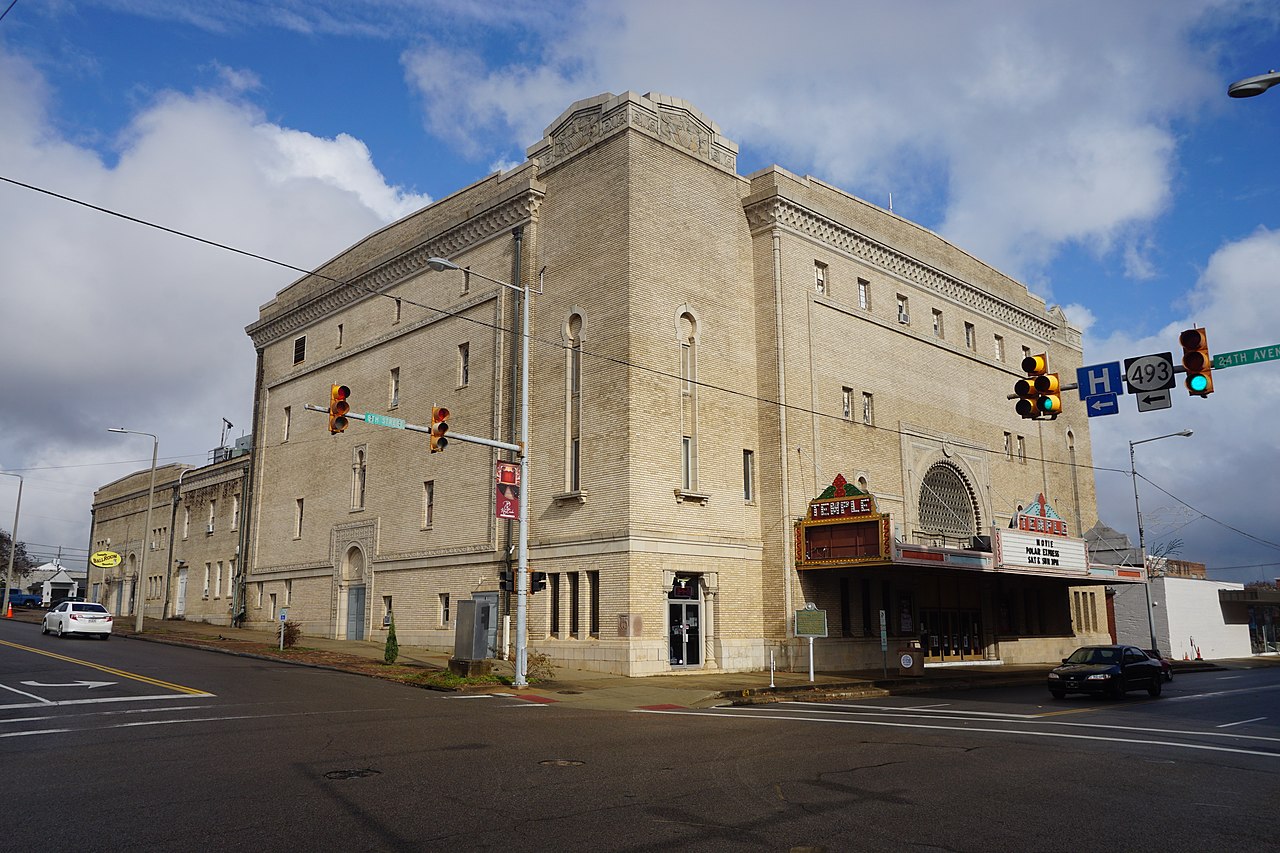 In the early 1920s, the Hamasa Shriners were in need of a larger space. They also wanted a building that would served the needs of the community. To achieve these ends, they hired noted New Orleans architect Emile Weil to design a large, multipurpose facility that had a grand ballroom for the Shriners and a theater where residents could enjoy movies and performances. The ballroom was constructed in 1924 and the theater in 1927. When the theater was completed, the theater boasted the second-largest stage in the country; the largest one was at the Roxy Theater in New York City.

Initially, the Shriners were only able to attract a few traveling shows and wrestling matches. This situation changed when the Shriners formed a partnership with the Saenger Theater chain, which agreed to be in charge of managing the theater's entertainment. It also agreed to install the Robert Morton pipe organ, which was played during silent films. During the next several decades, the theater showed movies and hosted a variety of performances and entertainers. In 1973, the Shriners restored the theater. However, it was not used very much after that and the Shriners sold the entire building to a businessman from Dallas, who has operated the facility ever since. In addition to live entertainment, the theater still shows film movies using an old projector. Temple Theater is included in the Meridian Multiple Resource Area, which was added to the National Register of Historic Places in 1979. The organ is maintained by the Magnolia Chapter of the American Theater Organ Society.