First Presbyterian Church of Meridian was built in 1913 and is an excellent example of Gothic Revival architecture. 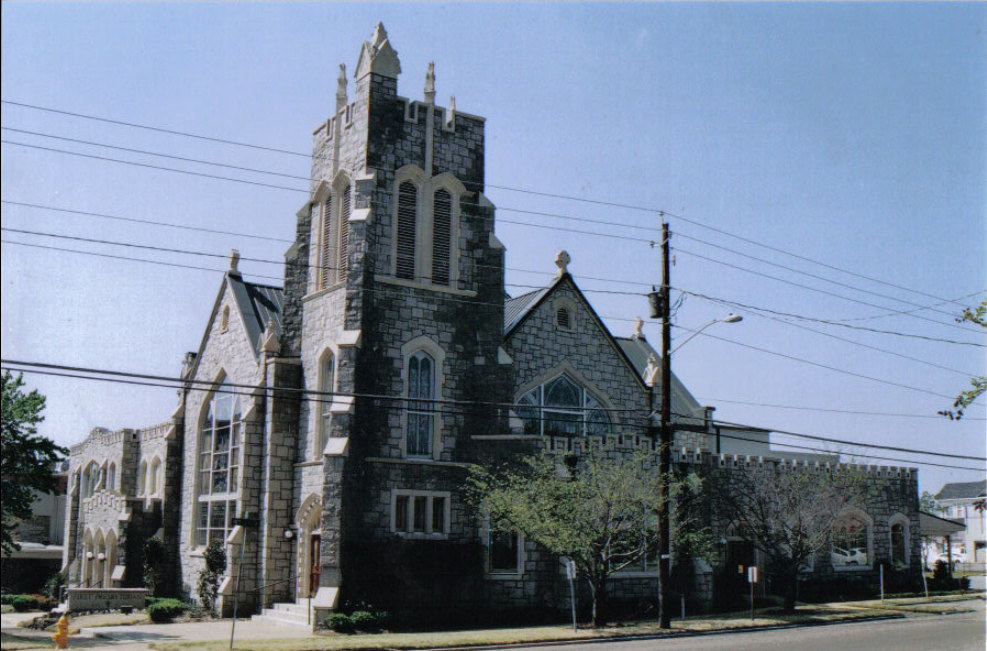 A group of eight people, including two slaves, founded First Presbyterian in 1856. One of these individuals, Rev. William Curtis Emerson became the pastor, and another was a founder of the city of Meridian. The congregation first worshipped on the second floor a store building owned by one of the members until they built a wood-frame church in 1867 (the city bought the property of the first church to build a library, which prompted the construction of the new church). A fire destroyed it in 1883 but it was rebuilt in 1884, this time using brick instead of wood.

The congregation remained there until 1911; that building is now the home of the Meridian Museum of Art. The current church was erected in 1913 and designed by local architect P.J. Krouse. The adjoining educational building was constructed in 1951 and in 2002 the church added the Children's Ministry Wing.