The Russian Tea Room is located next to Carnegie Hall and was founded by members of the Russian Imperial Ballet in 1927. This restaurant had previously employed the legendary Madonna. Madonna worked here in the late 1970s in order to pay her rent in New York during her undergraduate studies. This has a major impact on history because without these experiences Madonna would not be as impactful in denying fashion norms as she was. The historical background of this restaurant also stands for what Madonna hoped for which was inclusion. Being in New York it is unsurprising that this restaurant contains a blend of different cultures and social statuses. I have found that this place has a lot of historical significance aside from being related to a world famous star. Restaurants run by Russian immigrants appeared in the late 19th century. Funny enough this restaurant was established by Jakob Zysman who was actually a Polish immigrant who operated a chocolate factory at the little tea room where ballerinas hung out. Even the dishes served reflect the history of its foundation. 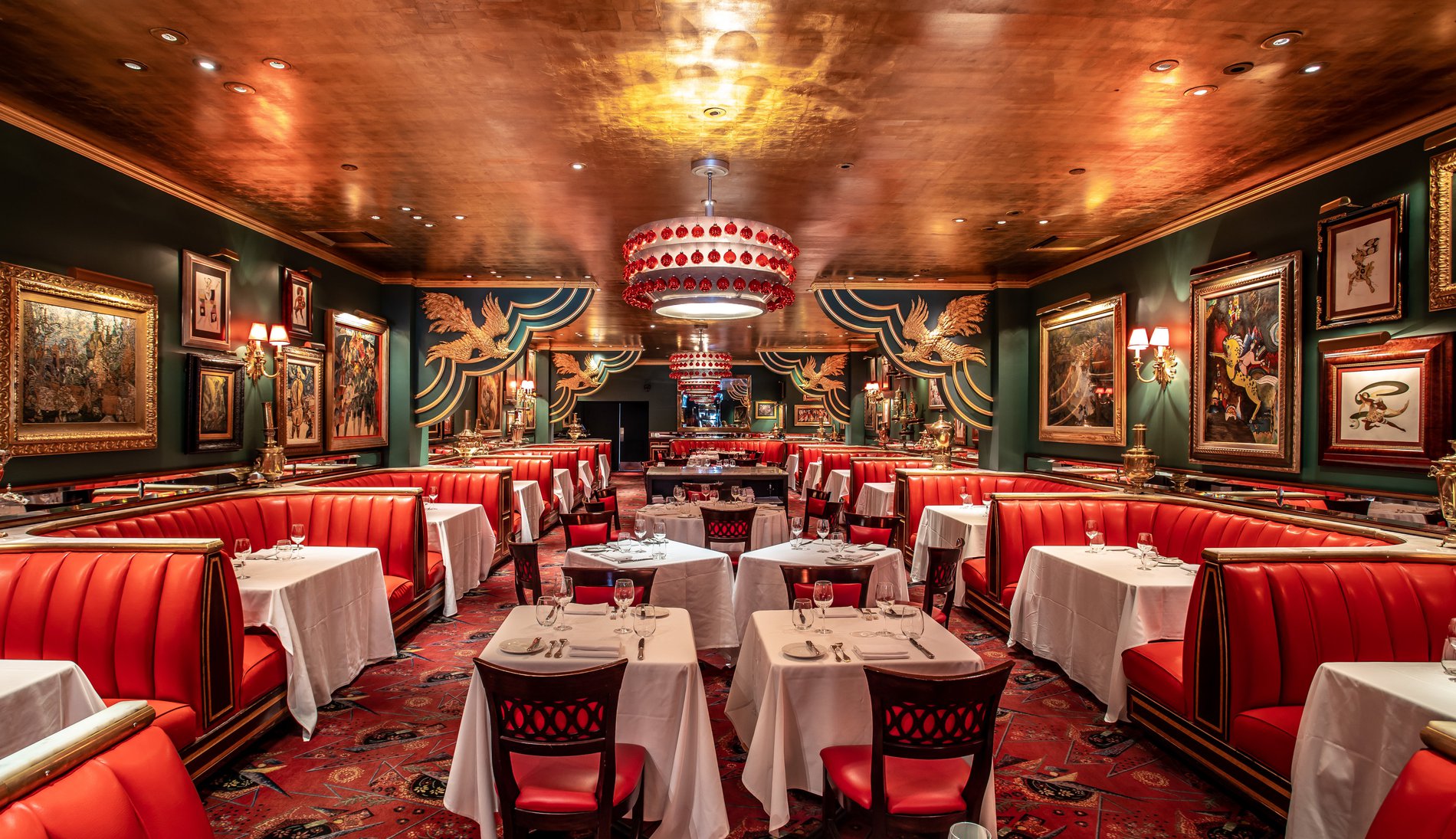 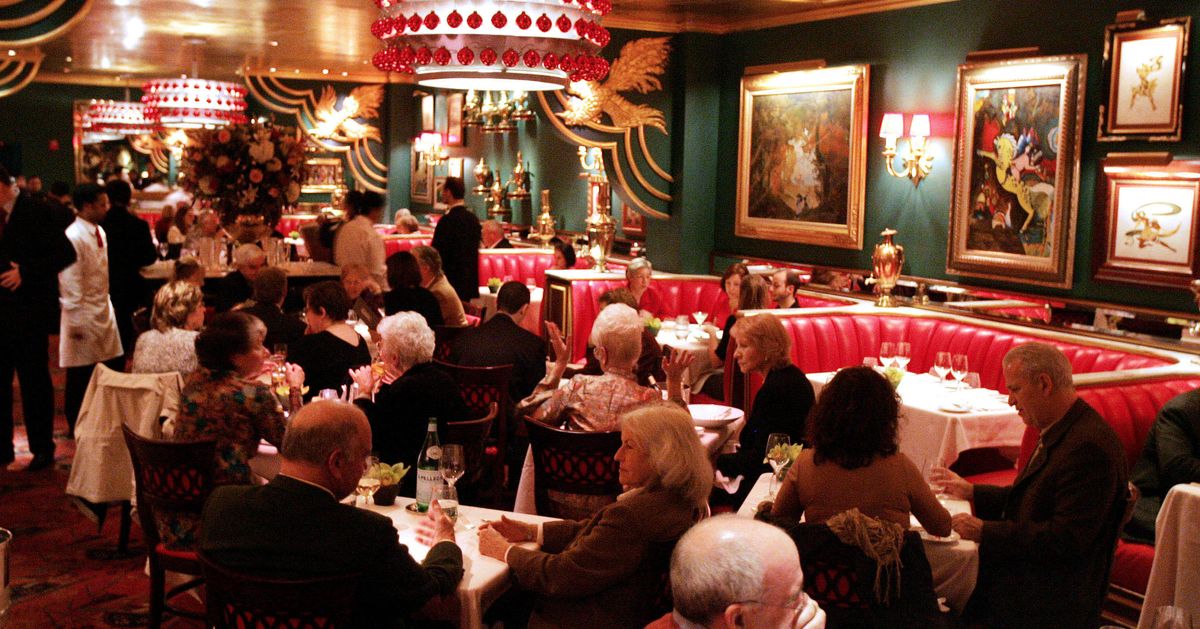 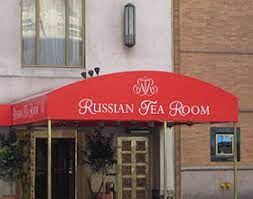 It is known that New York is home to many different walks of life, which is why it is no surprise that Madonna did not conform to societal norms. The Russian Tea Room also showed a blend of culture by bringing Russian style decor to New York. Madonna broke down a barrier for women by dressing in wild, provocative outfits that many criticized her for at the time. Women were normally shamed for dressing in a way that would give them unwanted advances from men, ironically the ones who shamed them were also men. Different fashion trends in history were a marker of status as well as gender roles, sexuality, and body image. The Russian Tea Room also tells us more about the social status because it was a place where mainly elite actors, writers, politicians, and executives would go. According to a restaurant executive the dress code is business casual which means over time the standards for fashion have been less strict. Dress reformers began openly condemning fashion for the health and moral dangers it posed to women. While being related to Madonna, there is a much more deep historical meaning to this location. Eating is an everyday action necessary for survival, there is also a relationship between food, eating, and class. Social class refers to the hierarchical organization of particular societies which comes into play.

One person who influenced society was Madonna. She has had a positive influence for girls by continuing to make a mark on history by denying the norms and working hard to stay true to the humble beginnings of her career in New York. Since Madonna, this restaurant has continued to flourish but taking a look back at its roots, I have found that this place has a lot of historical significance aside from being related to a world famous star. Restaurants run by Russian immigrants appeared in the late 19th century. Funny enough this restaurant was established by Jakob Zysman who was actually a Polish immigrant who operated a chocolate factory at the little tea room where ballerinas hung out. Even the dishes served reflect the history of its foundation. The Oxford Companion to American Food and Drink said that the Ukrainian beet soup was brought by Russian Jews who had immigrated earlier. To go into a more broad aspect of restaurant history, restaurants had a very important impact on social status.

Due to its status as both a necessity and social activity, dining has developed complex codes of etiquette that differs based on social status and cultural facility. No two countries have exactly the same traditions and dining routines. This restaurant in particular was a more high class eatery but is now more of a tourist destination which may have had something to with Madonna's popularity as well as the diversity that can be found in New York City. The restaurant has had a rocky history and still has room to grow but it is more of a tourist attraction than a fine eatery. In December 1996, Warner LeRoy, who owned Tavern on the Green, bought the restaurant from Stewart-Gordon for $6.5 million and closed it down but after four years and $36 million in renovations, it reopened. It closed again with little notice on Sunday, July 28, 2002, after declaring bankruptcy. The Russian Tea Room reopened on November 1, 2006. The restaurant's interior has not been touched, and the over-the-top decor is the same as when it closed in 2002. However, several restaurant reviews have noted that the food and service leave significant room for improvement. This site has many historical impacts and comes from diverse roots.

This biography contains very important information on Madonna and talks about the place that this entry is based on, The Russian Tea Room. This is listed with other important details about her previous jobs and experiences before fame under a section titled "Music and Dance: Late 1970s." This biography discusses Madonna's life in sections, one of which is about her controversies. Many of these were about her sexual nature because when she blossomed to stardom, it was not normal for women to be open about their sexuality. It is because of things like her "Like a Prayer" music video that led to women being inspired to be more open and not trapped in a box of what society deemed as acceptable.

In this article Cain discusses all of the monumental impacts that Madonna not only had on the music industry, but also on feminism. Cain emphasizes that without her today's pop culture would simply not exist as it does today. Just to name a few of her impacts that Cain talked about: she paved the way for reality TV, she created the modern concert tour, she brought female sexuality front and center, and (probably most impactful) she broke down social barriers.

This source discusses the idea that social and cultural aspects heavily impact dining and etiquette. On the same site there is an entry that discusses food and class because while eating is an everyday action necessary for survival, there is also a relationship between food, eating, and class. Social class refers to the hierarchical organization of particular societies which comes into play when it comes to the more historical aspect of this entry rather than the person that influenced it.

UKEssays. (2018, November). Assess the cultural significance of Madonna in the context of the American 1980's.

This source contains very interesting information on Madonna and talks about the impact she had on pop culture in the eighties. Many critics say that it was the fact that she hid behind different characters in her videos, and therefore no-one knew what her true personality was really like. Her ability to alter how people perceive her made people feel as though they could do and be anything even if it didn’t fit the mold. Madonna was a femimist before it was acceptable and used her influence to inspire others.

This source has very important information on the history of The Russia Tea Room and how many other restaurants established by Russians began to appear in the 19th century. The culture plays a role in the architecture, cuisine, and the people that it appeals to. This website goes into specifics on how certain dishes were influenced by Jewish Russian immigrants and discusses how it is different from other Russian restaurants of the interwar period.