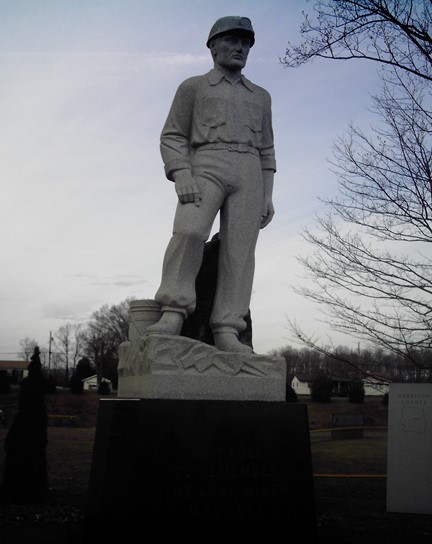 Many West Virginians soon became part of an economic system controlled by the coal industry. Miners worked in company mines with company tools and equipment, which they were required to lease. The rent for company housing and cost of items from the company store were deducted from their pay. The stores themselves charged over-inflated prices, since there was no alternative for purchasing goods. To ensure that miners spent their wages at the store, coal companies developed their own monetary system. Miners were paid by scrip, in the form of tokens, currency, or credit, which could be used only at the company store. Therefore, even when wages were increased, coal companies simply increased prices at the company store to balance what they lost in pay.

Miners were also denied their proper pay through a system known as cribbing. Workers were paid based on tons of coal mined. Each car brought from the mines supposedly held a specific amount of coal, such as 2,000 pounds. However, cars were altered to hold more coal than the specified amount, so miners would be paid for 2,000 pounds when they actually had brought in 2,500. In addition, workers were docked pay for slate and rock mixed in with the coal. Since docking was a judgment on the part of the checkweighman, miners were frequently cheated.

In addition to the poor economic conditions, safety in the mines was of great concern. West Virginia fell far behind other major coal-producing states in regulating mining conditions. Between 1890 and 1912, West Virginia had a higher mine death rate than any other state. West Virginia was the site of numerous deadly coal mining accidents, including the nation's worst coal disaster. On December 6, 1907, an explosion at a mine owned by the Fairmont Coal Company in Monongah, Marion County, killed 361. One historian has suggested that during World War I, a U.S. soldier had a better statistical chance of surviving in battle than did a West Virginian working in the coal mines.

In response to poor conditions and low wages in the late 1800s, workers in most industries developed unions. Strikes generally focused on a specific problem, lasted short periods of time, and were confined to small areas.