North Carolina and the American Revolution: Battles and Skirmishes

The Battle of Ramsour's Mill

The Revolutionary War battle of Ramsour's Mill took place on June 20th 1780 in Lincoln County, NC. Much of the battlefield is now covered with public school buildings, the mass grave site and the graves of several of the officers who fell in the battle have been marked through the efforts of historical groups and individuals. 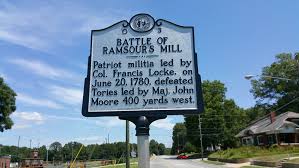 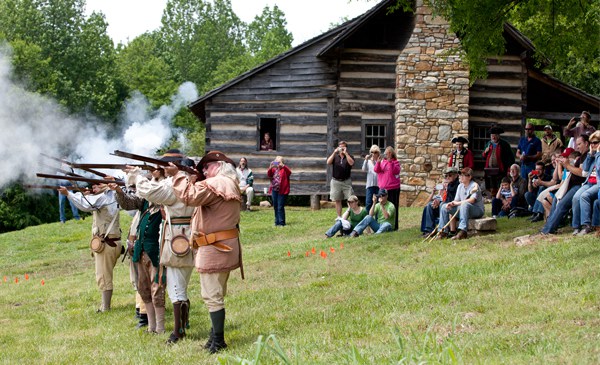 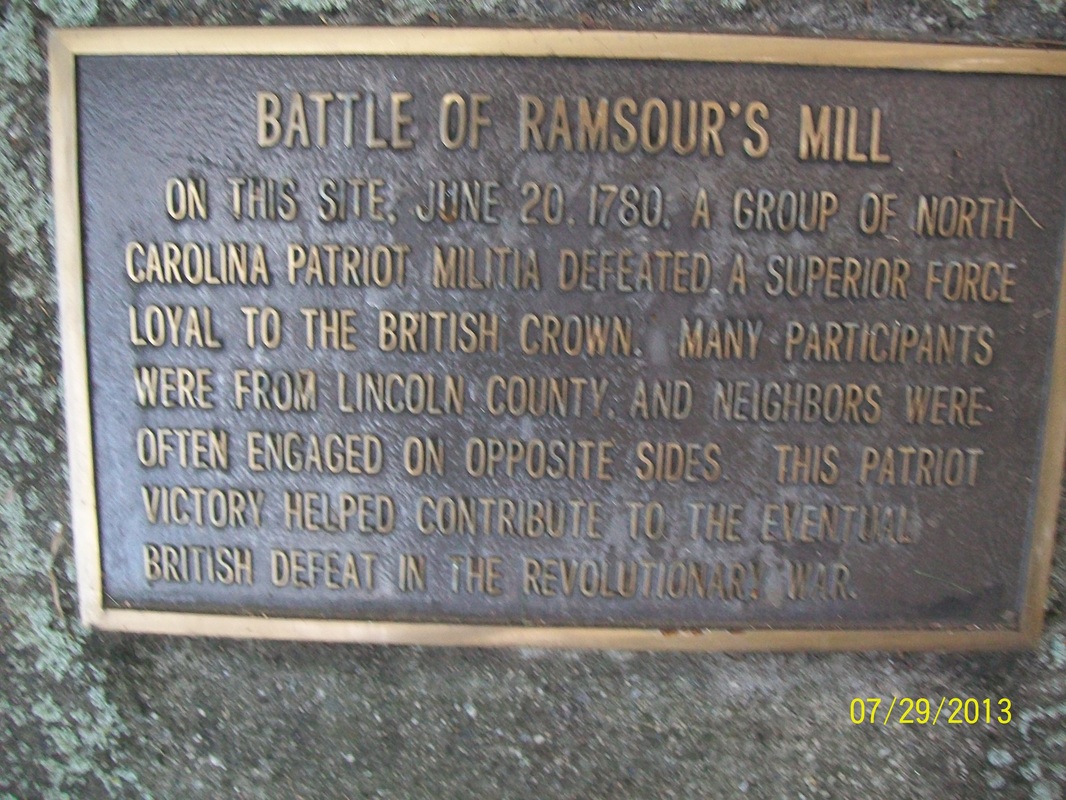 With the surrender of Charles Town (Charleston, SC) to the British on the 12th of May, the British military had essentially gained control over South Carolina and Georgia. It appeared that Lord Charles Cornwallis's sights were now set on North Carolina, where he and his 8,345 men would make their next move in regaining control of the Colonies. In order to prepare for this invasion, Lieutenant Colonel John Moore and Major Nicholas Welch returned from their service in South Carolina to their home colony of North Carolina to recruit and organize other loyalists to aid in their advancement into the colony.

On June 13th, the Loyalists began to assemble at Ramsour's Mill on the north side of present-day Lincolnton.(1) When General Griffith Rutherford heard about the British plans, he sent a word of warning to Colonel Francis Locke and Major Robert Wilson. They then gathered a force to prepare for the upcoming invasion.

On the night of June 19th, with 400 hardly trained, unprepared militiamen from several NC counties, Locke set out from his camp on Mountain Creek for Ramsour's Mill. Meanwhile, the British loyalists started setting up camp on a wooded hill about 300 yards from the mill. They outmatched the Americans in numbers, but they too were unprepared in supplys, especially weapons. As the Americans neared the site of the loyalist camp in the early hours of June 20th, Locke was greeted by a man named Adam Reep, a local Patriot who had scouted out the loyalist camp and made note of their activities.

Once Reep had supplied him with information about things like military strength and strategy, as well as local terrain, Locke then used this information to launch an attack against the unaware loyalists. Although they outnumbered the Patriots, the loyalists were routed and fled down the west side of the hill toward the mill. When the gun smoke settled, there was more than 70 dead and 200 wounded. (2)

The Battle of Ramsour's Mill effectively disrupted loyalist support for the British war effort in the region. Not only did it rob Cornwallis of much needed loyalist assistance; it also provided the inspiration for the crucial Patriot victory that followed at the Battle of King's Mountain on October 7th 1780.

North Carolina and the American Revolution: Battles and Skirmishes