Armistice - Memorial to Peace. Dedicated in 2016, honoring the end of war, placed here in remembrance of the veterans that have called Veterans Memorial Hall home for over 100 years. 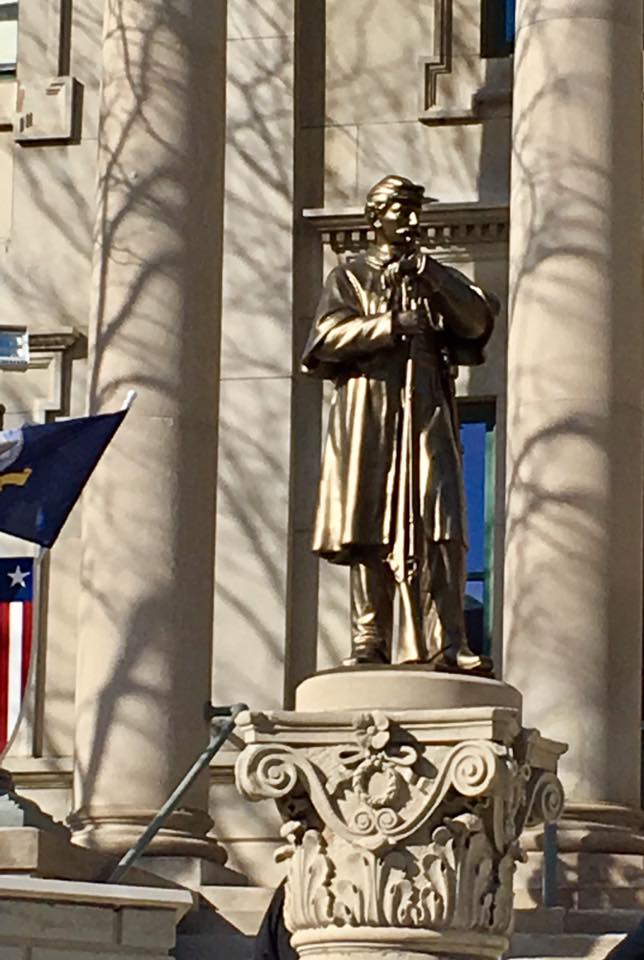 To All the Soldiers 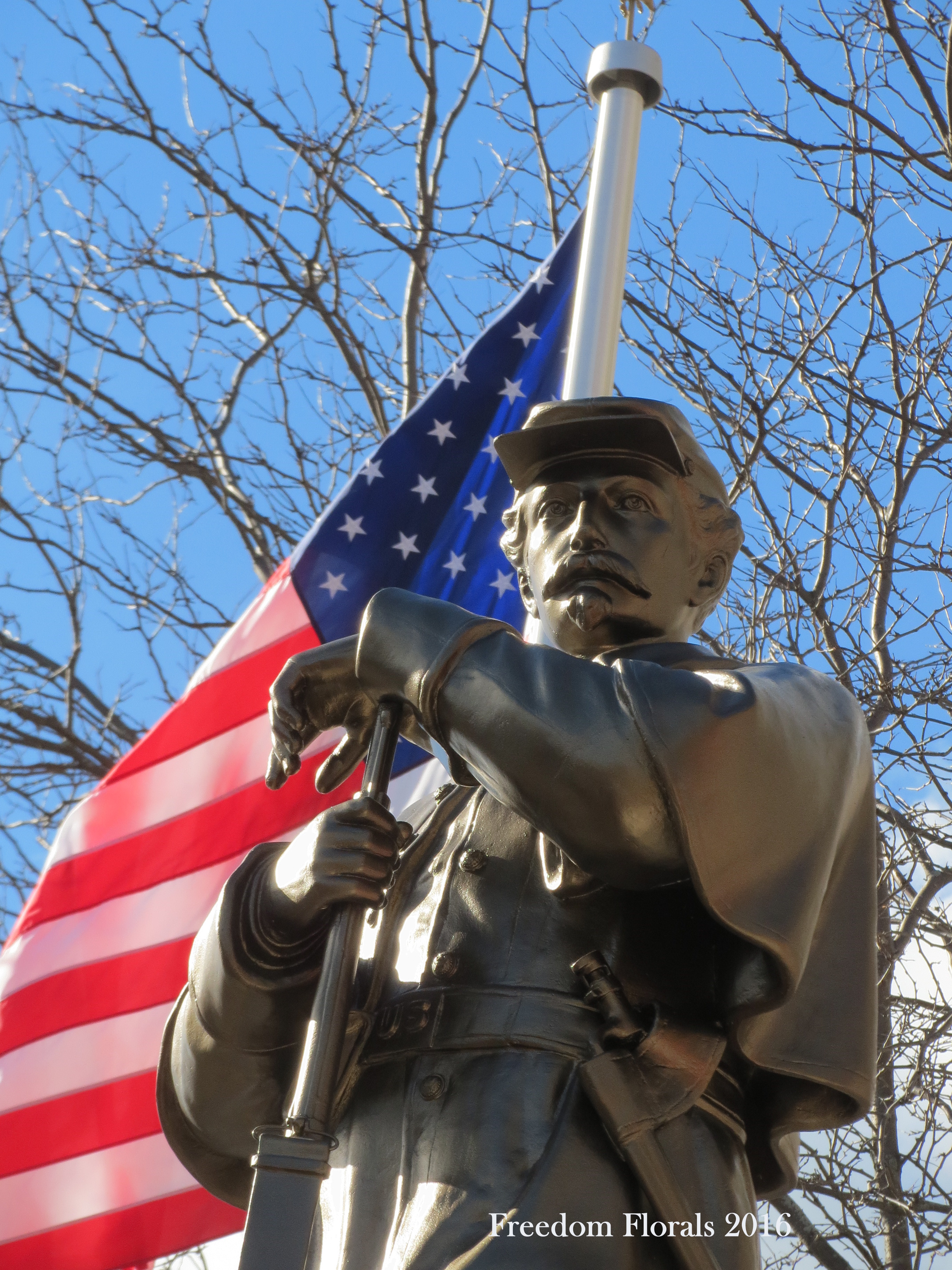 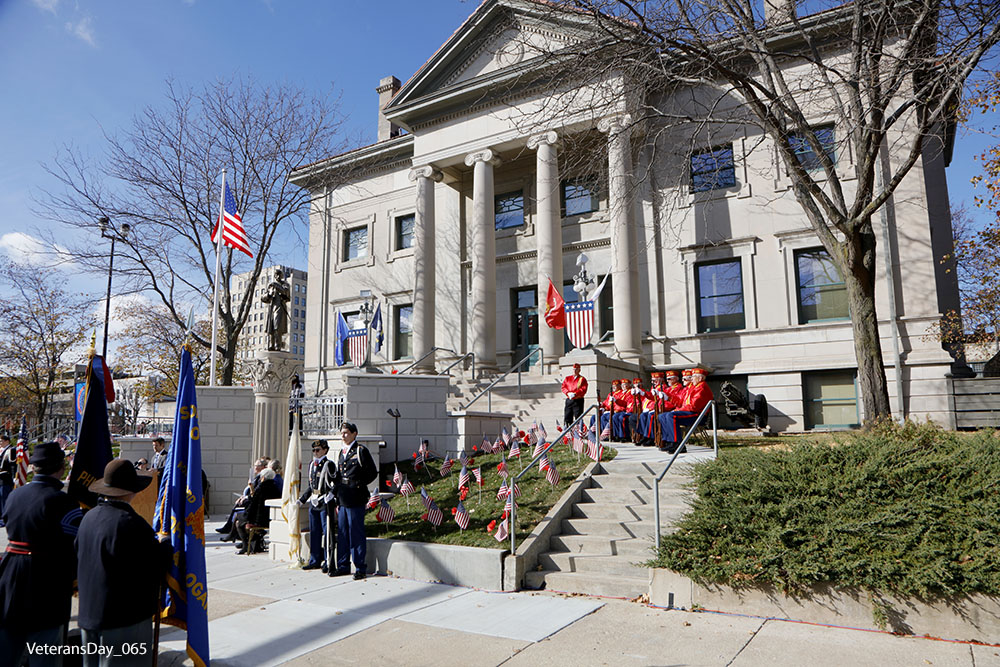 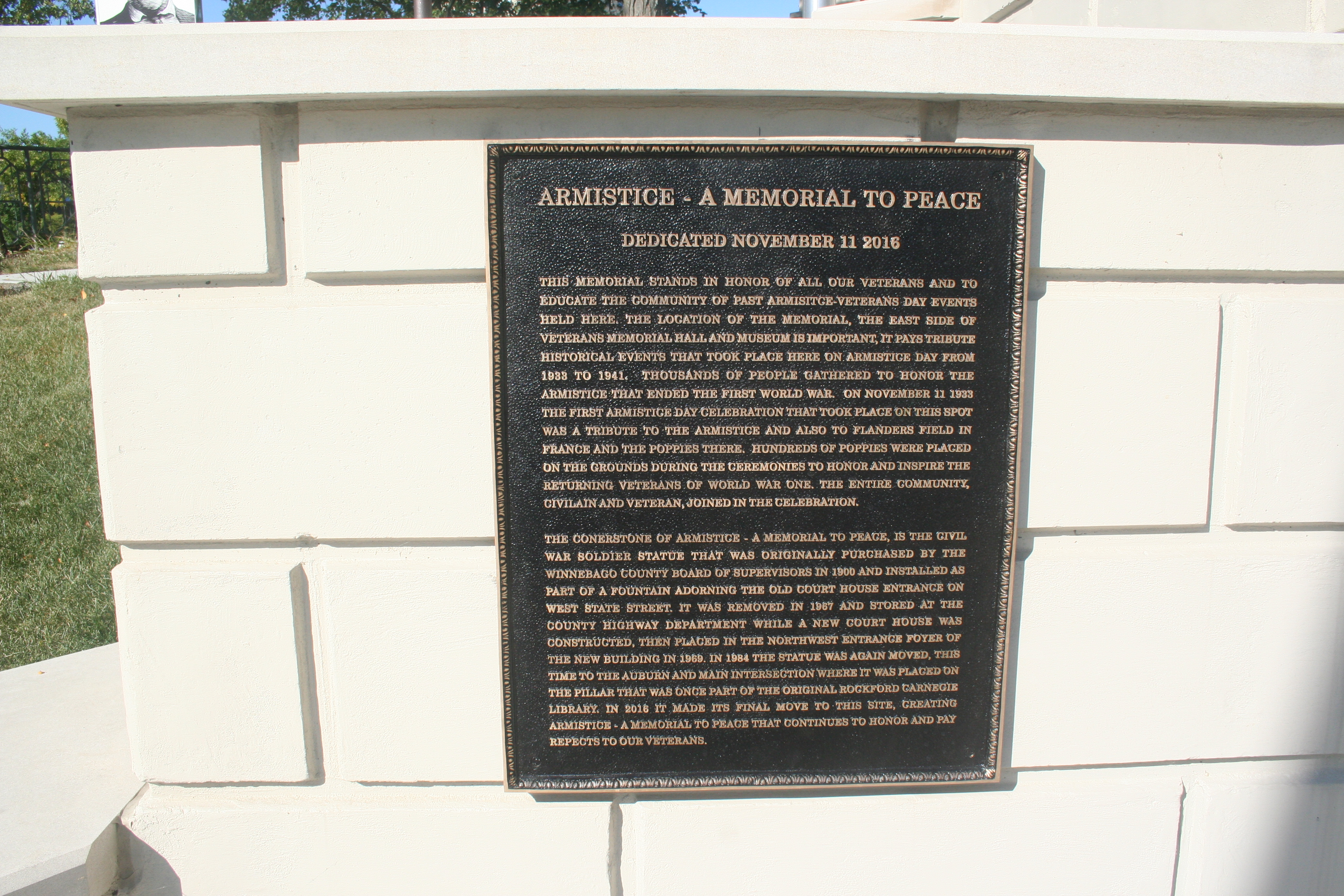 Dedicated on Veterans Day 2016, it honors the end of war, and serves as a remembrance of the veterans that have called Veterans Memorial Hall home for over 100 years.

The center piece of the memorial, a Soldier, was originally placed downtown in courthouse square in 1877 by the Grand Army of the Republic Auxualliry. It once stood atop a fountain in front of the old County courthouse until the building was torn down in 1967. From its place there various accounts say it guarded a cannon and a pile of shells at one time in a Rockford Park. It was placed in the lower level Church Street Foyer of the present courthouse in 1970. It was encased in glass by the Rockford Colony, National Society of New England Women, to protect it from vandals in 1975.

In 1984, in a collaborative effort by the Winnebago County board, the Rockford Park District, Greenwood Cemetery, and the North End Businessmen’s Association, the statue was moved to the Auburn and Main intersection. There it was placed on a pillar that was once part of the façade of the original Carnegie Library on Wyman Street. After construction of the round-about it was difficult to visit the monument.

It was brought to its final location here on Wyman Street at Veterans Memorial Hall and Museum in 2016. Here in it's final resting place it pays tribute to the Soldiers and sailors that have graced the Hall and to the location of the original Carnegie Library that was located directly across Wyman Street.