That Was Fun, Let’s Do More by Caleb Neelon, 2014, airbrushed mural 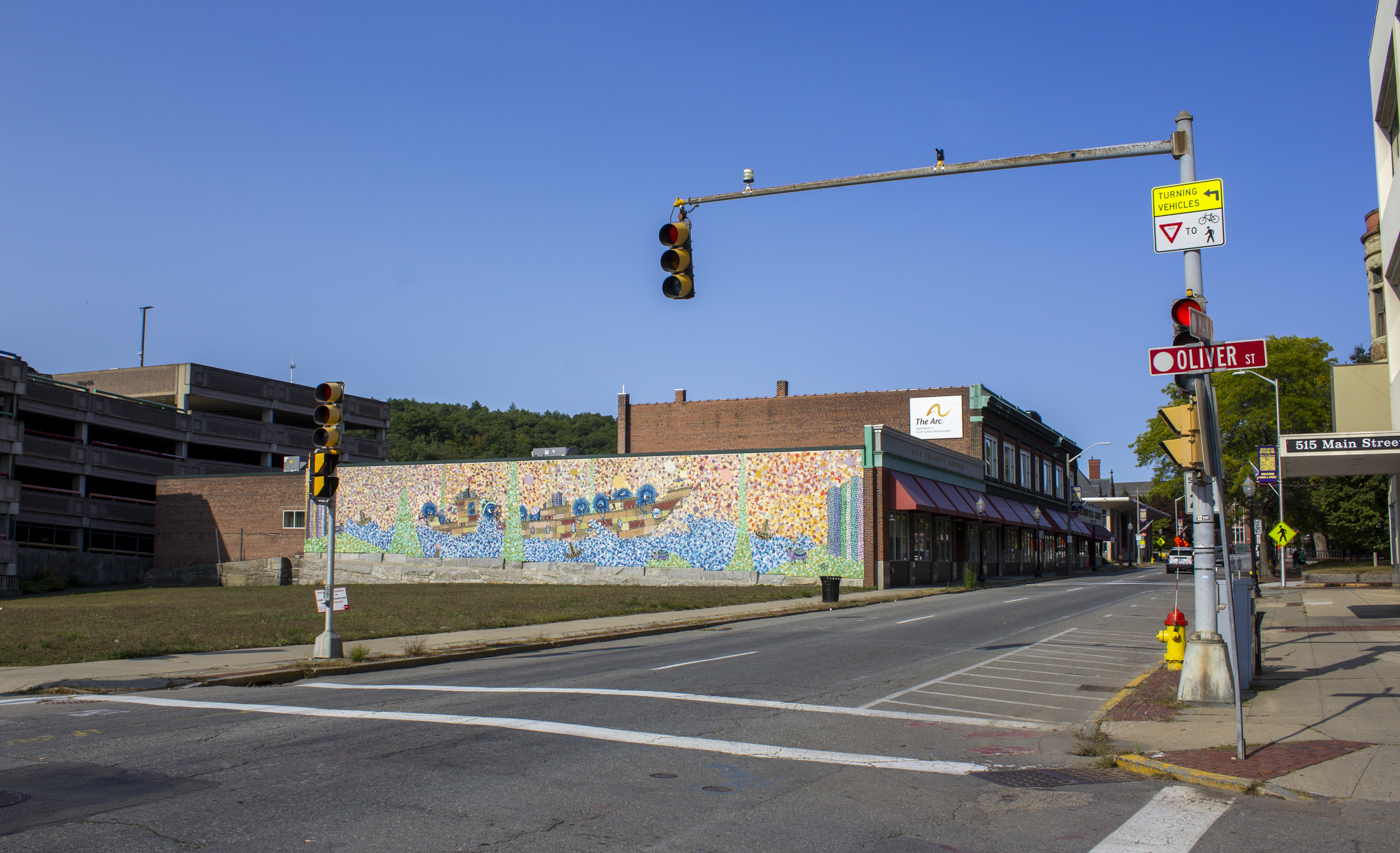 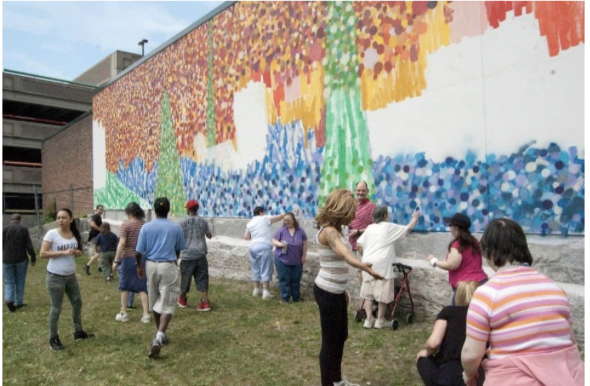 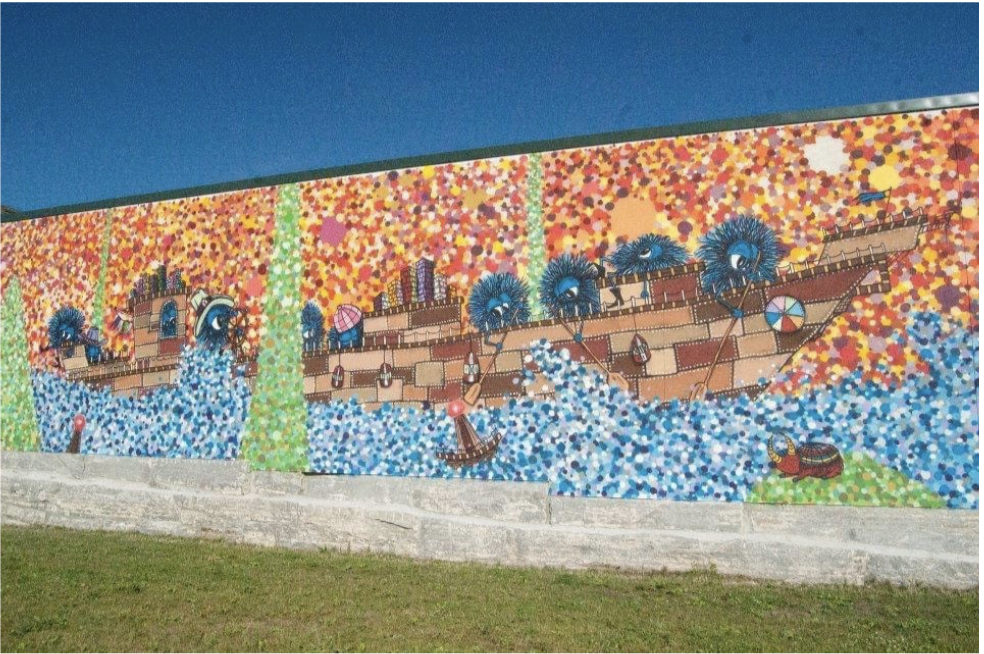 That Was Fun, Let’s Do More is a fantastic representation of how public art can have an impact on a community. The artwork is a large spray-painted mural, at 16 by 100 feet. This beautiful seascape mural consists of an ark containing blue illustrated figures surrounded by a landscape where spiky mythical creatures are located. It consists of vibrant, electric greens, reds and blues giving shape to the scene. Caleb Neelon used pointillism for this mural, a technique in which small, distinct dots of color are applied in patterns to form the overall image. The composition of these dots visually separate the sky, sea, and the land from each other. On the ark, there are playful blue illustrated figures that resemble those of a children's book. These characters can be seen consistently as a motif throughout Neelon’s murals.

The historic Johnsonia building that originally stood at this site burned down in June 2011, leaving the once popular space empty and colorless. After the Johnsonia building was torn down, it left an unfinished wall, which became the site for this mural. It wasn’t until 2014 when The Arc of Opportunity, a day center for adults with disabilities, partnered with Neelon to make That Was Fun, Let’s Do More. The mural is located on the side of the Arc building at 564 Main Street. When given the opportunity to create this mural he said, “Any time one gets to work in a prominent location, it is special.” The community collaborated with Neelon to bring this mural to life with members of The Arc of Opportunity and people of the community, who helped by spraying their own dots to create the mural. Neelon guided this project by doing the framework of the mural and by prepping the wall with rough paint rollers. He especially loved working with the community on this mural saying, “Given that the mural site was on the side of The Arc of Opportunity... involving them was natural, and was a rewarding experience for me, and I hope for those who took part as well.”

Neelon is an artist based in Cambridge, Massachusetts who has been creating murals across the globe for 20 years. He is known for using bright colors to create murals that are exciting, by combining characters inspired from illustrations in children's books with bright colors. After its two-week community production, That Was Fun, Let’s Do More restored the life to a prominent, historical space in Fitchburg.