Prince George Winyah Episcopal Church is one of the oldest churches in the state. It was completed in 1755 and is home to a congregation established in 1721. The building itself, which is constructed of brick and oyster shell mortar, features Jacobean style gables on either end, doors and windows with fanlights, brick pilasters, and a tower consisting of a square section with an octagonal section and cupola on top. The interior features a vaulted ceiling and wooden box pews. The congregation is one of the oldest continuously active parishes in South Carolina.

Prince George Winyah Episcopal Church was built between 1745-1755 and is one of the oldest churches in South Carolina. 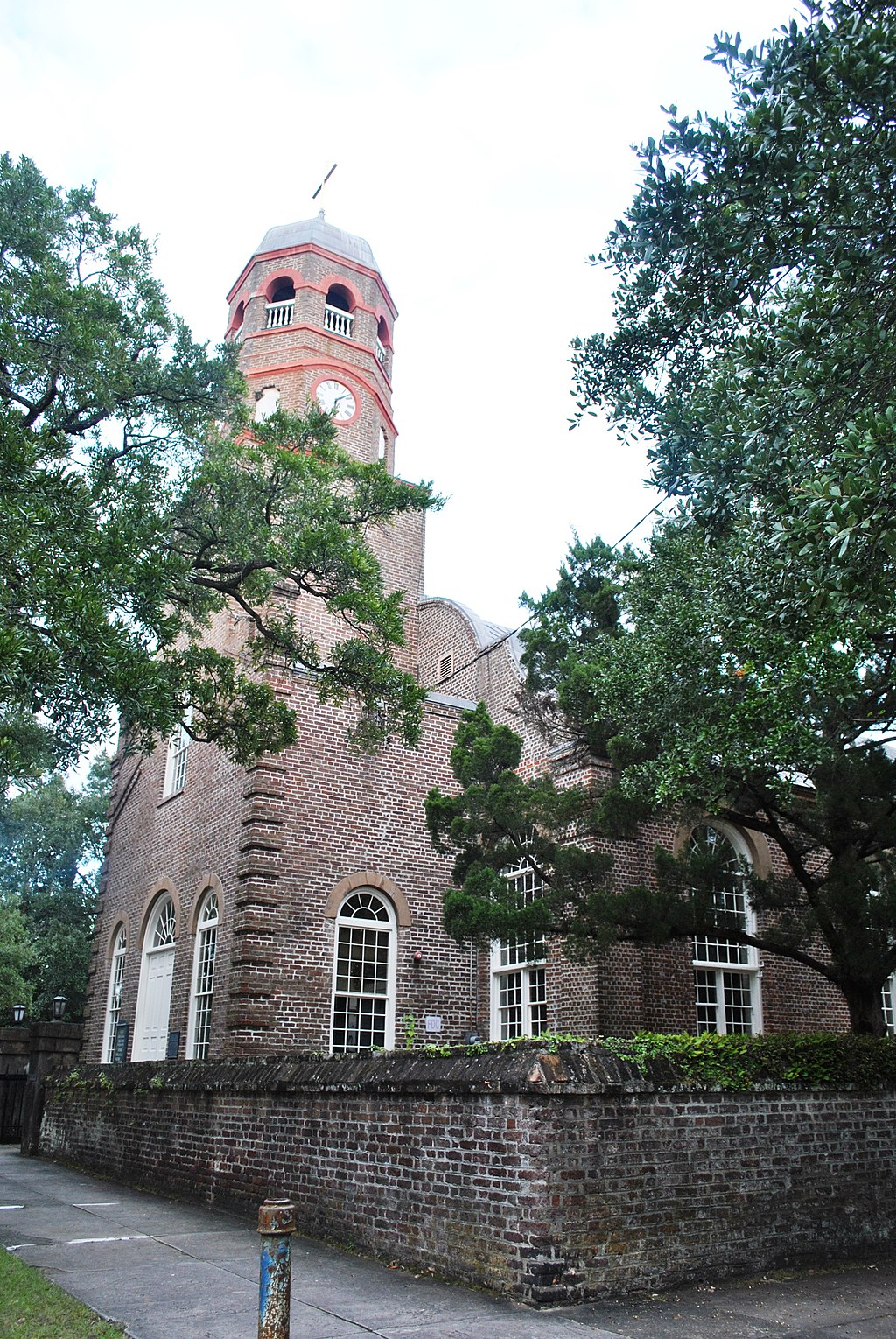 Prince George Parish was created in 1721 from another parish called the Saint James Santee Parish. The name of church was chosen in honor of Prince George, who would later become King George II of England. The first church building, a wooden structure, was built in 1726 and was located 12 to the miles north along the Black River. In 1734, the Prince George Parish was divided into two as the population of rice planters grew in the area. When this happened, the church was located in the new parish, which was called St. Frederick's Parish. As a result, there was a need for a new church for Prince George Parish. Construction began in 1745 and was finished ten years later. However, the first church service was held in 1747.

During the American Revolutionary War, British troops occupied the church and it was also heavily damaged by fire. The chancel, which is the area of a church where the altar is, was added in 1809. The tower was built in 1824 and the stained glass windows were installed sometime in the 1900s. Four windows still contain some original panes of glass. Prince George Church was added to the National Register of Historic Places in 1971.

Starting at the Joseph Rainey House, Gullah Museum, and Kaminski House Museum, this short walk includes a variety of landmarks that show the diverse history of Georgetown. The tour includes the Rice Museum and South Carolina Maritime Museum along with historic homes, churches, and civic buildings.