The Brentmore has towered over Central Park West since 1909. The apartment building was an early design by Schwartz and Gross, who went on to design many more apartment buildings in the city in the 1920s and 1930s. The architect Emery Roth added a penthouse pavilion in 1927. The Brentmore is a contributing resource in the Central Park West National Register Historic District, listed in 1982. The co-op currently contains 28 residential units; when it was built, there were 37 apartments. 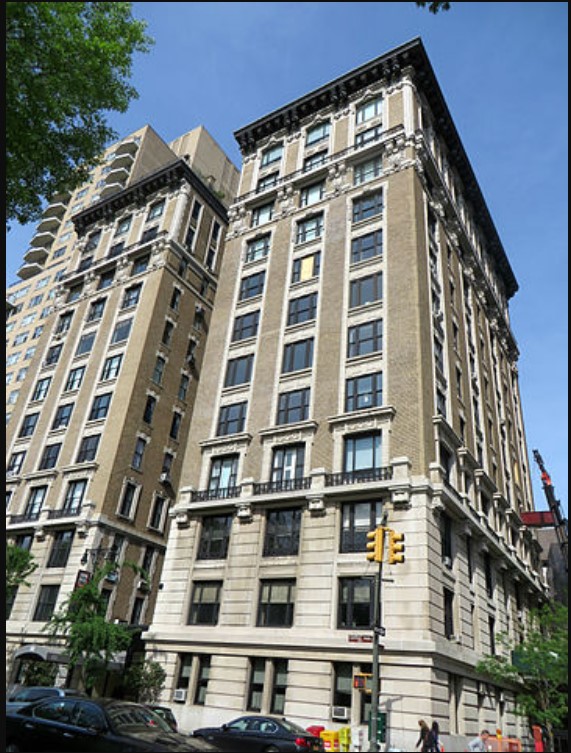 Front (east side) of The Brentmore in 1975 photograph (Howard) 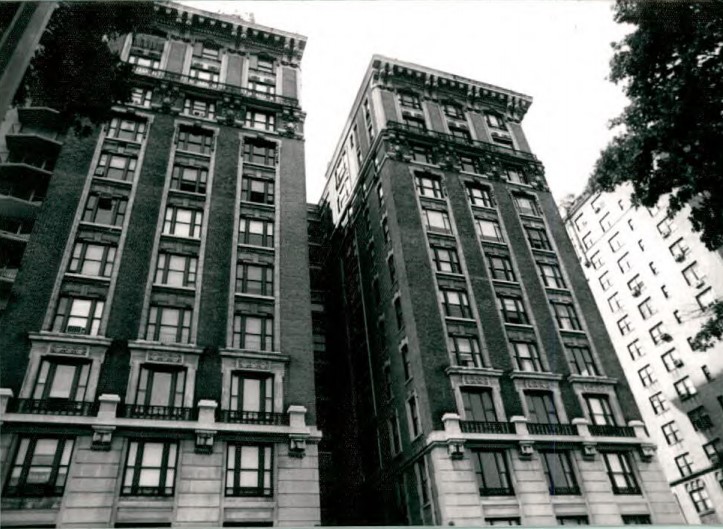 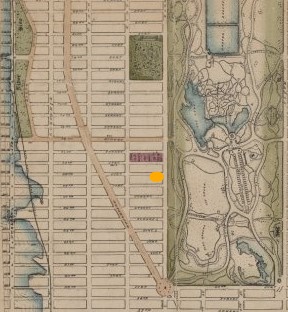 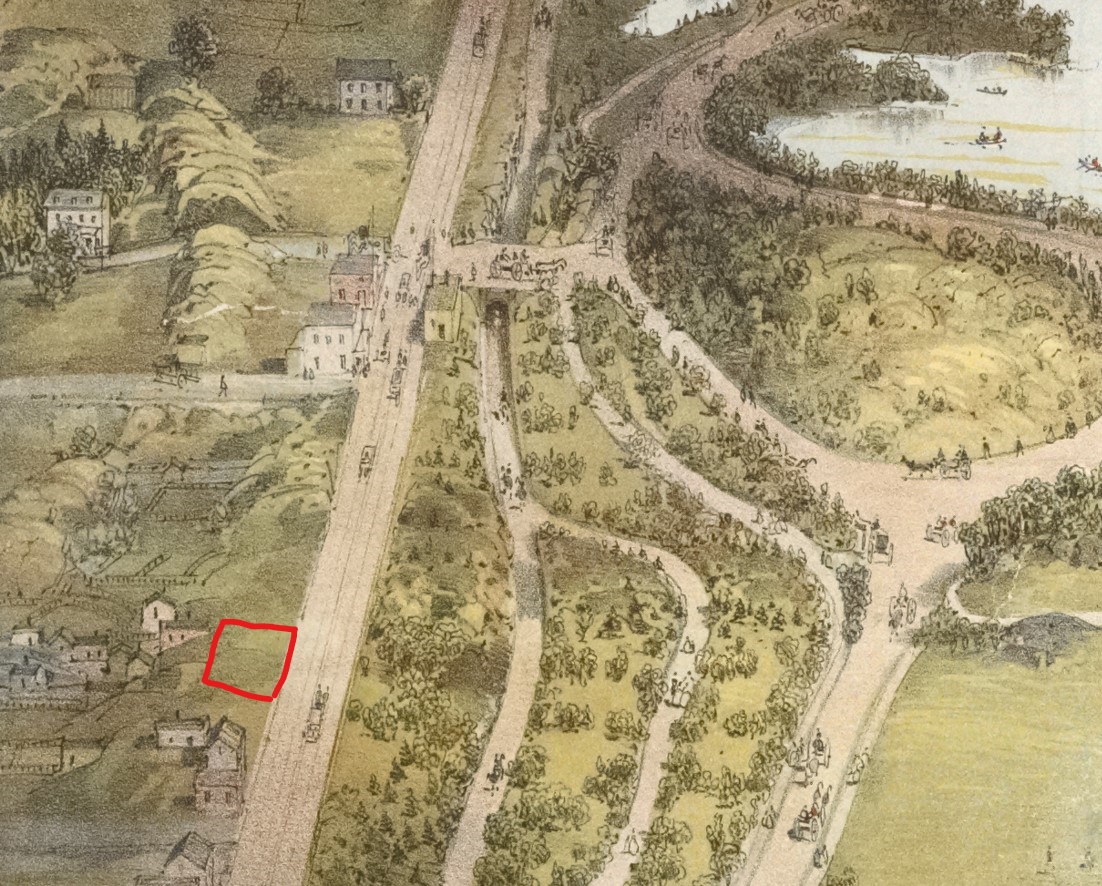 The future location of The Brentmore appeared to still be farmland in 1863, across from the newly-created Central Park (see the attached image); while the unpaved W. 72nd Street (opposite an entrance to Central Park) and W. 71st Street were present, no hint of W. 70th or W. 69th Streets was evident. The entire block at the north edge of the farmland - bounded by Eighth Avenue (Central Park West), W. 69th Street, Ninth Street, and W. 70th Street - was auctioned off in early 1869 (see the map below). The lots where The Brentmore would be built were undeveloped in 1894 (see image below), although a number of small, brick buildings had been constructed on the side streets of the block.

The architectural firm Schwartz and Gross designed in many styles, from Neo-Gothic to Art Deco. Bing & Bing built The Brentmore, with a narrow open courtyard in the center, facing Central Park West, wedged between two wings, each three bays wide. The building shows elements of French Beaux Arts and Neo-Grec styles: garlands at windows, heavy foliated double brackets at the roofline, and angular posts in its balustrades. The three-story base is faced in rusticated limestone; the building has balconies on the 4th and 11th floors with wrought iron railings, and a projecting copper cornice. The windows are tripartite with vertical panes in the "Chicago" style. Schwartz & Gross also designed high-rises at 55, 101, 241, and 440 Central Park West. If The Brentmore resembles its neighbor across W. 69th Street, at 91 Central Park West, that is because Schwartz & Gross also were the architects behind 91, a highrise built in 1928 to 1929 in Beaux Arts and Neo-Renaissance styles.

Yearly rent at The Brentmore in 1915 was around $3,750 for a three-bedroom "simplex" and $4,000 for a three-bedroom duplex apartment. Some units rented in 1917 for $2,100 for a 6-room apartment and $4,000 for nine rooms. The Brentmore was converted into a co-operative in 1959. The building has been home to a number of celebrities including actor Robert De Niro and musicians Paul Simon, Billy Joel, and Sting (Sting bought Joel's apartment). Apartment units range from 1,900 to 6,600 square feet and the soaring ceilings are 11 feet tall.