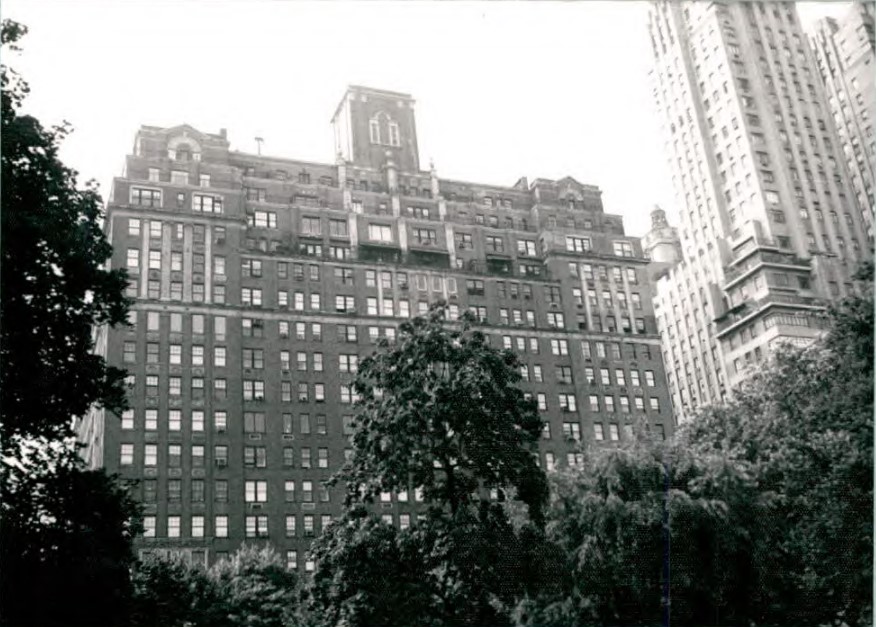 Map of block of lots to be auctioned off (red) in 1869, including future location of 101 Central Park West (Muller) 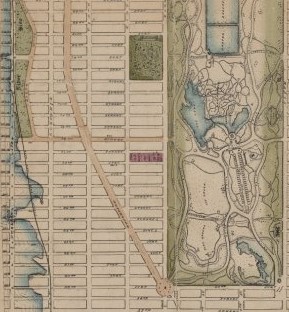 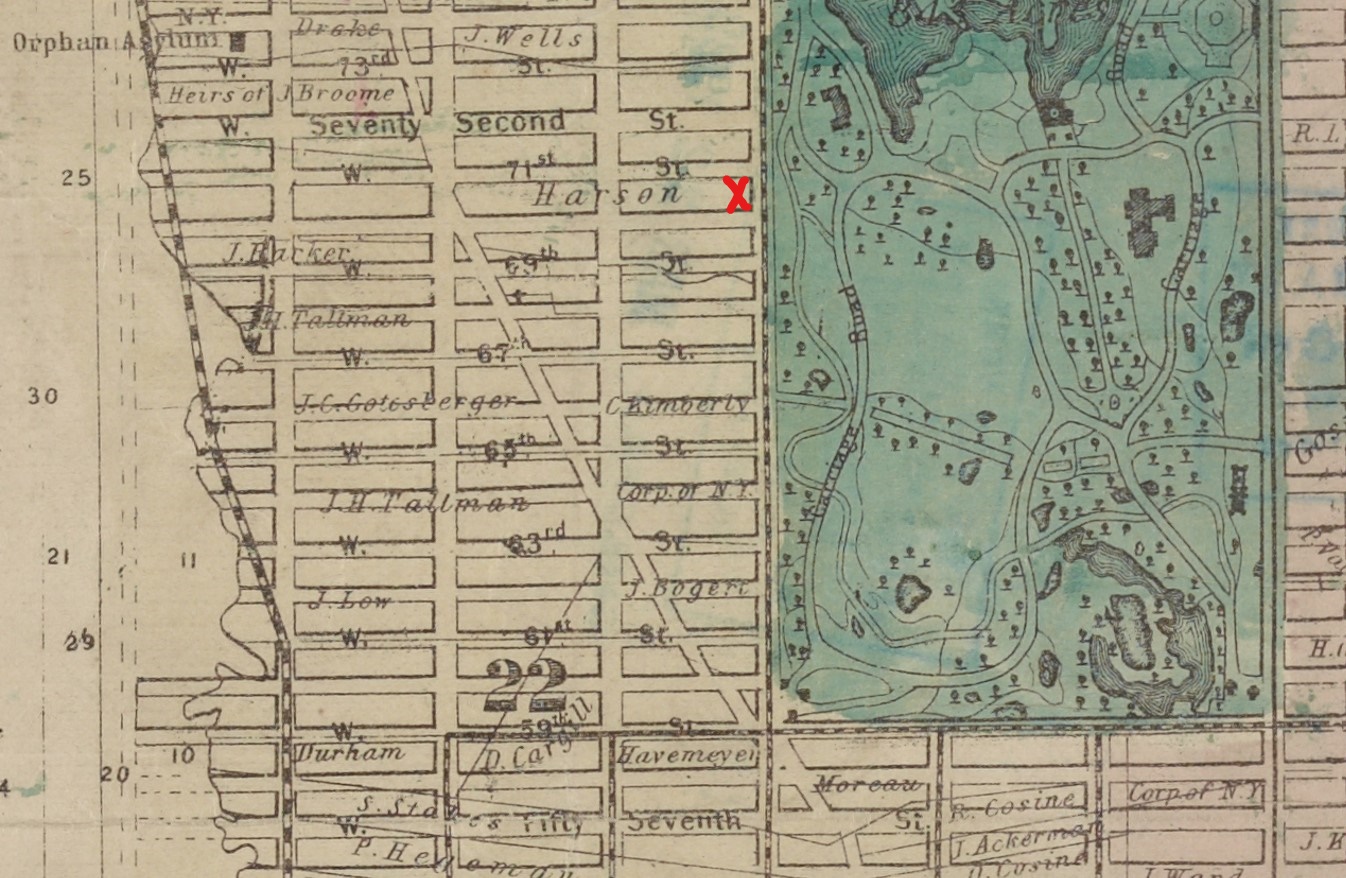 The entire block from W. 70th and W. 71st Street between Eighth Avenue (Central Park West) and Ninth Avenue was put up for auction in early 1869; the block was part of the Harsen estate (see the map from the advertisement for the auction below). A. H. Muller of P.R. Wilkins & Company was handling the auction of the "64 Central Park lots," scheduled for February 15th 1869. The east end of the block, where 101 Central Park West would be built, appeared to be part of farmland in 1863 when a scenic sketch map of the Central Park area was made. An 1866 map showed the former Harsen farm boundaries as reaching from about W. 69th to W. 73rd Street. Nearly every lot on three sides of the block contained a small brick structure by 1894 (see the map below); the lots fronting Central Park West contained several small, wooden buildings or were vacant.

Bricken Construction Corporation built the apartment building at 101 Central Park West. The 17-story massive building is faced with brick above a limestone base and accented with terra cotta trim. The main entrance is flanked by Ionic columns under a broken pediment with an ornamental cartouche. The building is stepped back above the 12th floor, forming terraces edged in iron railings and sandstone urns. The three-part main facade is centered by a penthouse pavilion of three stories.

Viewed from above, the footprint of the structure looks like a backwards "E" with two rear open courtyards. The layout of the units was in keeping with the "white glove" nature of the building, where separate quarters for live-in maids or nannies was included. Elevator operators whisked you away to your floor from the opulent, marble-filled lobby that covers the entire width of the huge structure. Most of the apartments are quite roomy, at over 2,000 square feet.

The building became a co-operative in 1953. Actor Harrison Ford once lived at 101 Central Park West, as did television news anchor Peter Jennings. They continue the long tradition of upper-middle class and professional people who flocked to the towering residences overlooking Central Park to the east, beginning with the construction of The Dakota at the corner with W. 72nd Street in the 1880s. While the earlier buildings were limited in height by having load-bearing walls, 101 Central Park west is one of the high-rises that became possible with steel framing construction techniques and one of many on the block added in the 1920s to early 1930s.