Located in the former home of businessman William Albrecht and his wife, the Albrecht-Kempter Museum of Art is an important cultural arts center in the region. Opened in 1966, it houses one of the best collections of American art dating from the 18th-century to the present in the Midwest, including American landscape paintings, Colonial portraits, and American Impressionism works. Artists represented here include Gilbert Stuart, Thomas Hart Benton, Grant Wood, and Mary Cassatt. In addition, the museum offers changing exhibitions, various educational programs, and hosts performances.

The Albrecht-Kemper Museum of Art opened in 1966 and features an impressive collection of American art. 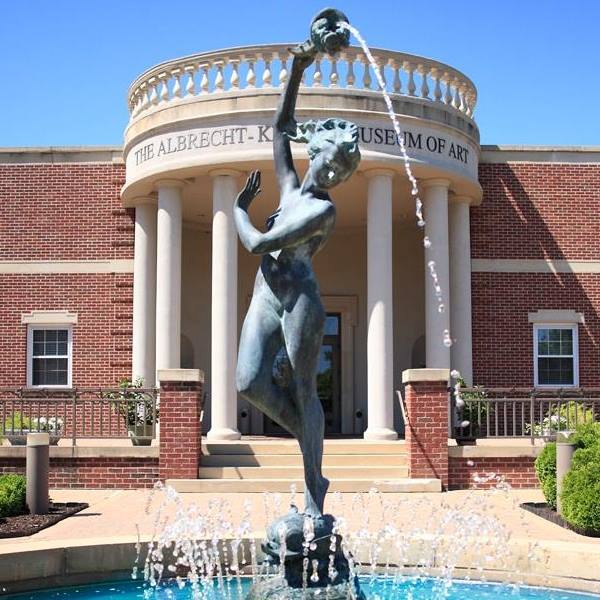 The origins of the museum date back to 1913 when a group of 12 women established the St. Joseph Art League to promote the arts in the community. The League bought the first artwork, "A Venetian Balcony" by William Merritt Chase, in 1915. They raised the funds to pay for it by hosting tea parties, fundraising, and offering a special showing of the painting at a department store. It took several decades for the organization to grow in order to buy the Albrecht home in 1966. In 1991, the museum built a large addition thanks in large part to a benefactor named R. Crosby Kemper.