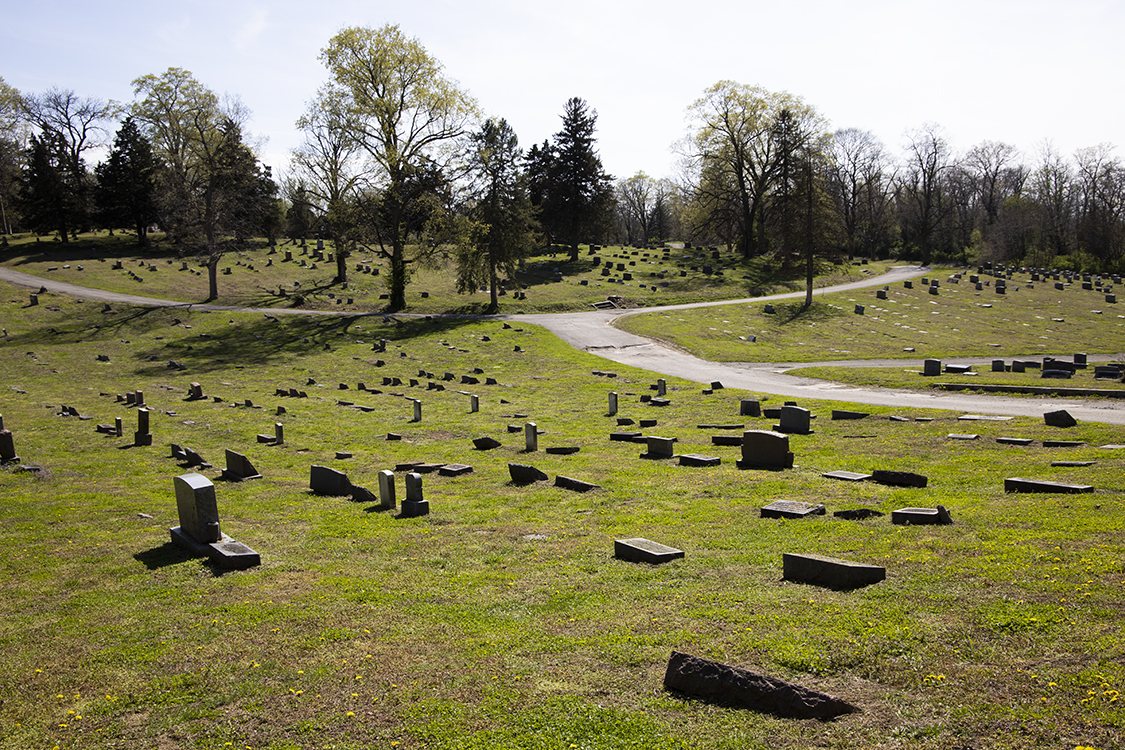 The burials within Ashland Cemetery are wildly diverse, which makes for a fascinating visit. Within what was originally Oakland Cemetery stand 2 stones that mark the graves of early members of St. Joseph’s once thriving Chinese population. The stones do not seem to have ever been translated. Throughout the Oakland section of the cemetery, many stones bear German inscriptions. Two Pony Express riders, Mich L. Whalen and John Philip Koerner, are buried within the cemetery, along with over 200 Civil War Union veterans. Another notable burial is that of Frank Grouard, an Army chief of scouts during the Indian Wars who was captured by the Sioux and knew Crazy Horse and Sitting Bull.