Centered around the Coal & Coke Company, the Coke Ovens were a very essential toward the process of turning coal into coke. As the process goes, the coal would be heated up in the ovens to burn any impurities out of it.

close-up of the coke ovens 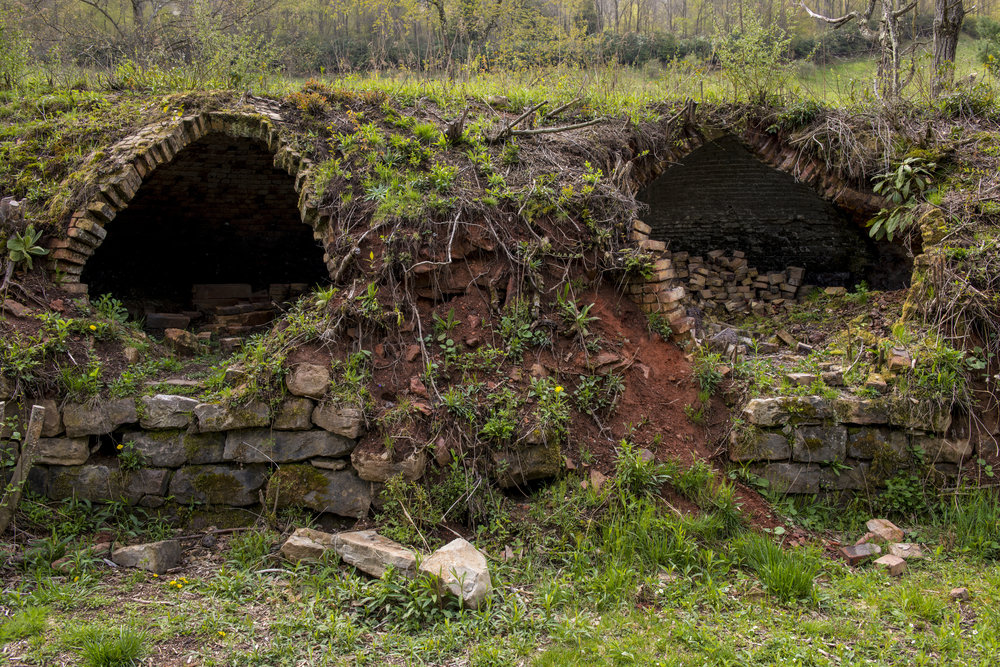 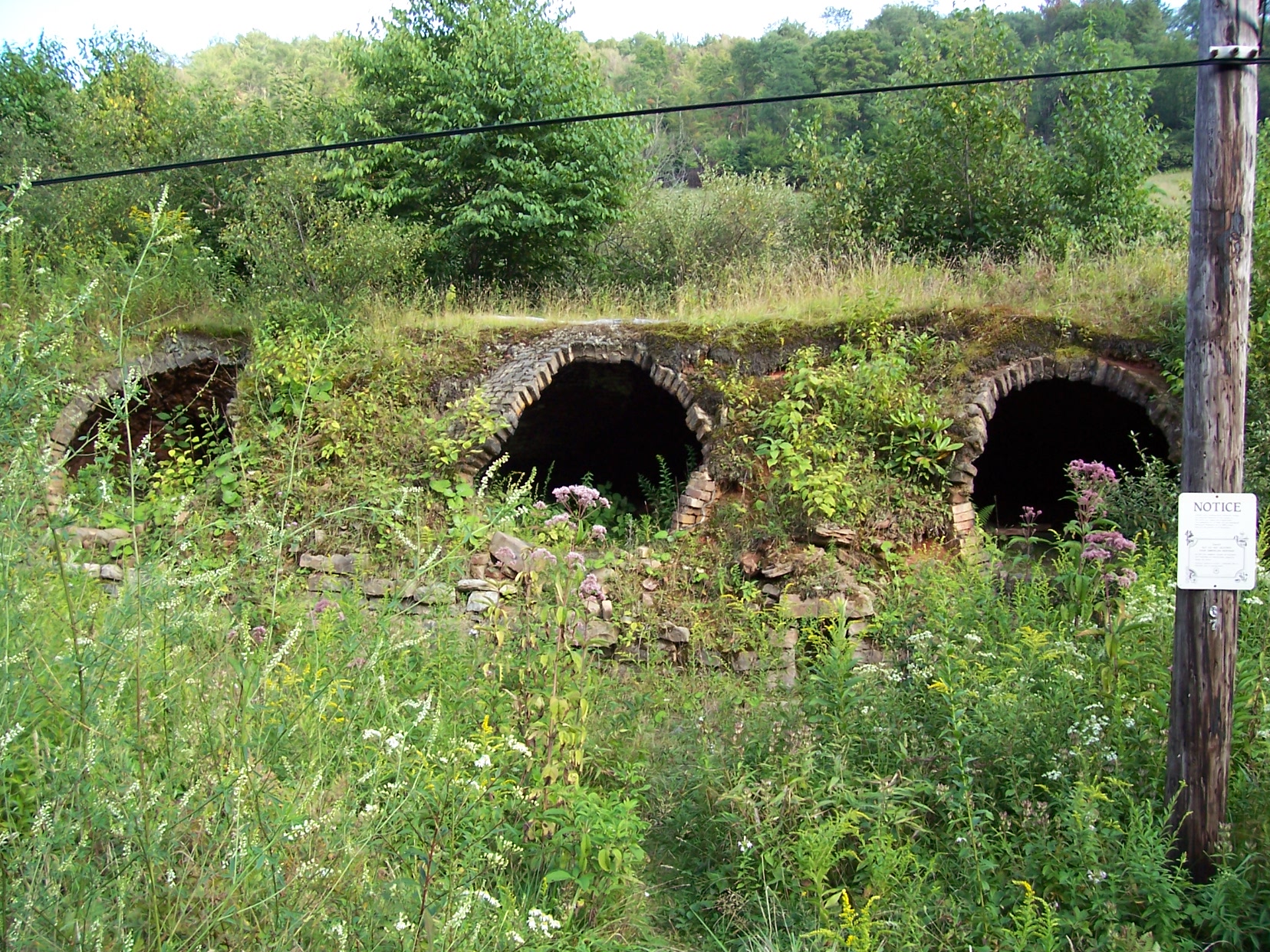 first sign about the coke ovens made by FOB 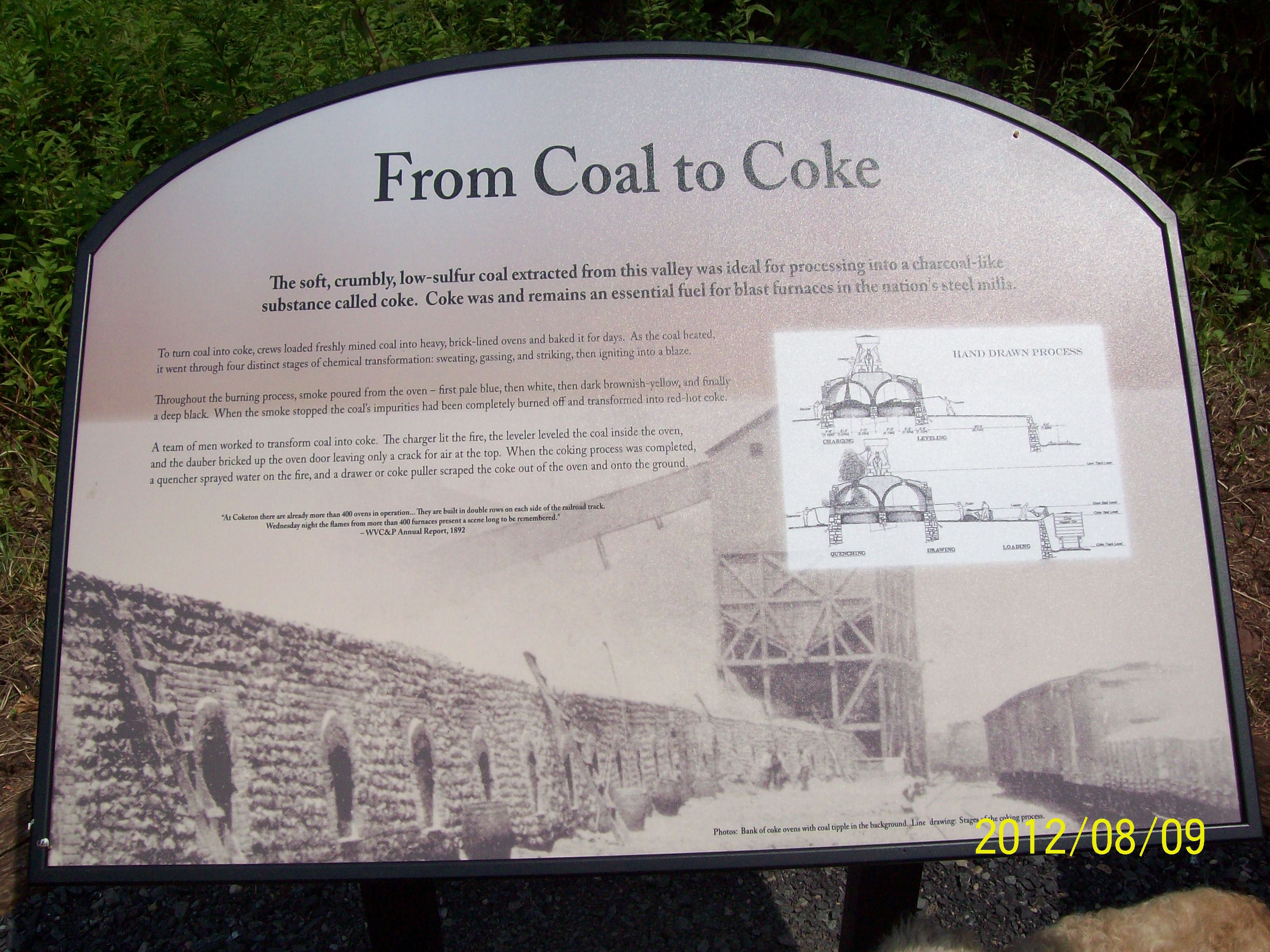 second sign about the coke ovens made by FOB 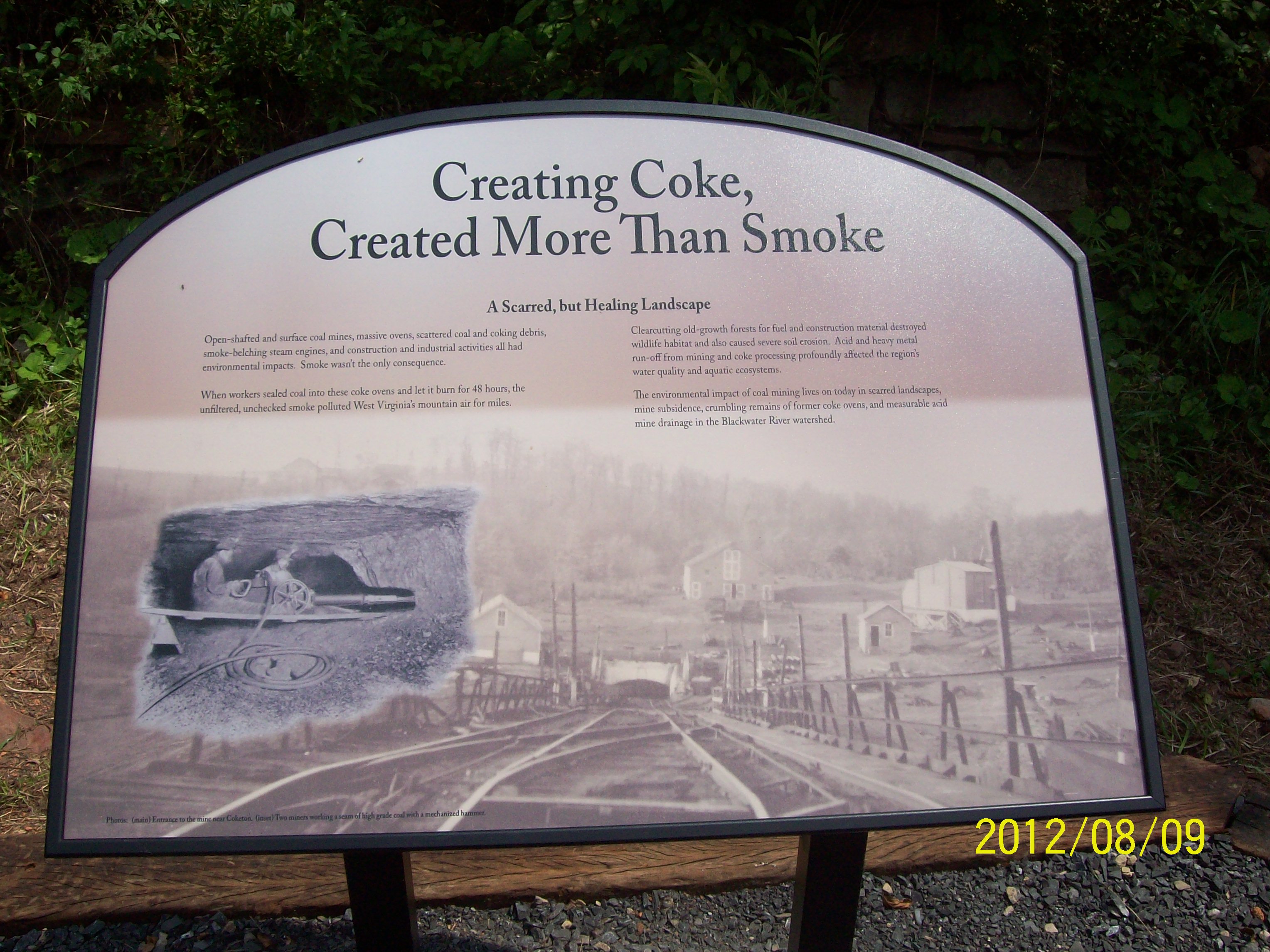 third sign about the coke ovens made by FOB 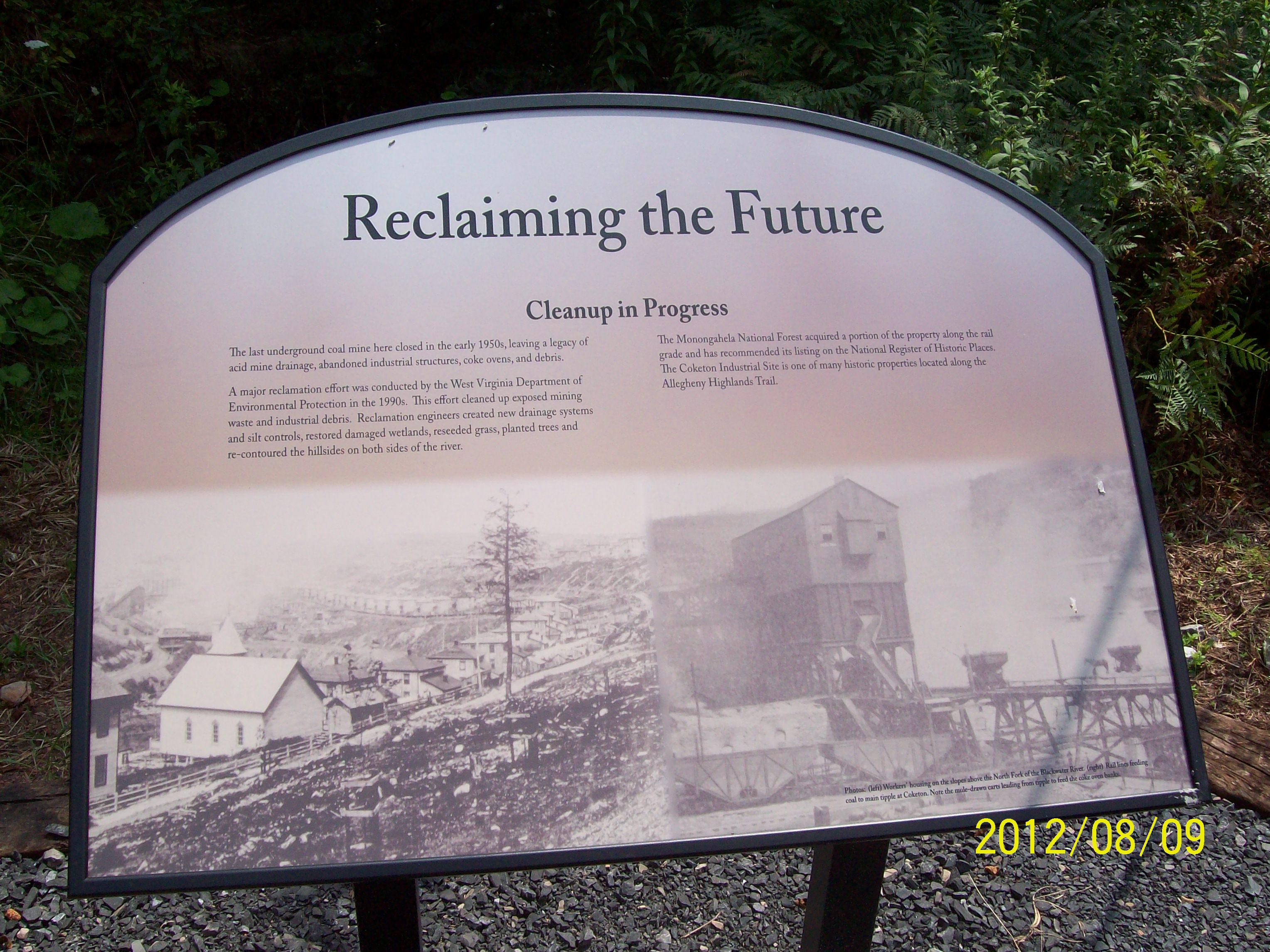 Coketon was a company town developed by the Davis Coal & Coke Company, consisting of a power plant, tipple, headframes for underground mines, shop buildings, and over 600 beehive coke ovens. They also developed a 1½-mile long coking facility that began with two experimental “beehive” ovens in 1887; this was where two tons of coal were converted into one ton of coke, which was the purest form of carbon and a byproduct of coal used to smelt iron ore into steel.

Coke was produced by baking the coal in brick ovens until all the impurities were burned out, and regulated by oxygen being allowed into the oven via exterior steel doors. The 600 ovens had 150 employees working and an operation that run 250 days per year. This was the third-largest coking facility in the state of West Virginia, producing over 200,000 tons of coke by 1904. Between 1915 and 1921, 15 coal mines near Coketon had shipped over one million tons per year, as a result, this became the sixth most productive operation in West Virginia.

In 1915, a new type of mining technology was introduced, allowing for coke ovens to be constructed at mining sites. Four years later, all of the beehive ovens at Coketon were abandoned. Unground coal mining continued until 1940 when the reserves were all but exhausted. By the next decade, only two mines were in operation: No. 36 and No. 40, and production had fallen to only 100,000 tons per year in 1954. The year 1956 was when all underground mining had ceased, however, a few small surface mines continued on until 1965.