The city renamed a third of a New York City playground/ park in East New York in 2013 as African Burial Ground Square. The square is being reconstructed and relandscaped in honor of the African-American enslaved persons who were buried here, to honor their memory and celebrate story-telling traditions. The unnamed playground's name was changed to Schenk Park in 1987 after a local family that dates back to the Dutch colonial era. The family was one of the known local landowners who owned slaves. After the connection of the land to its past as a burial ground was rediscovered, the park was renamed Sankofa Park in 2016. Sankofa is a word from a Ghanian language meaning a mythical bird that keeps its beak turned toward the past while moving forward. 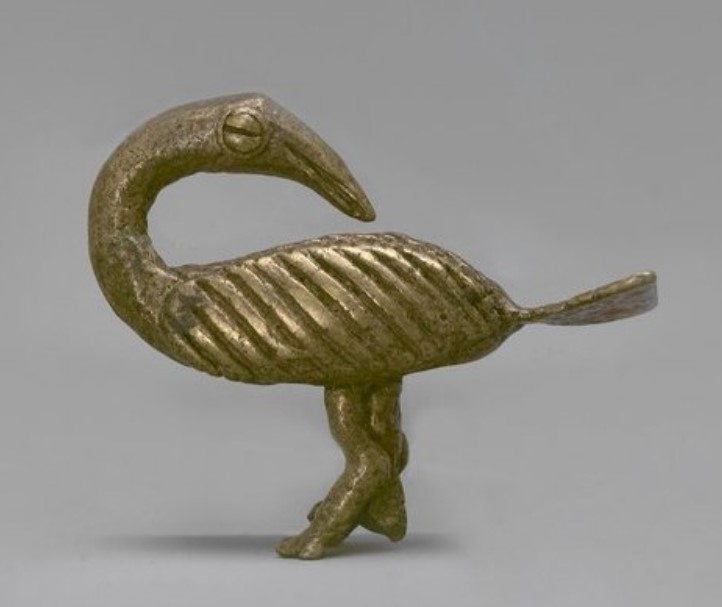 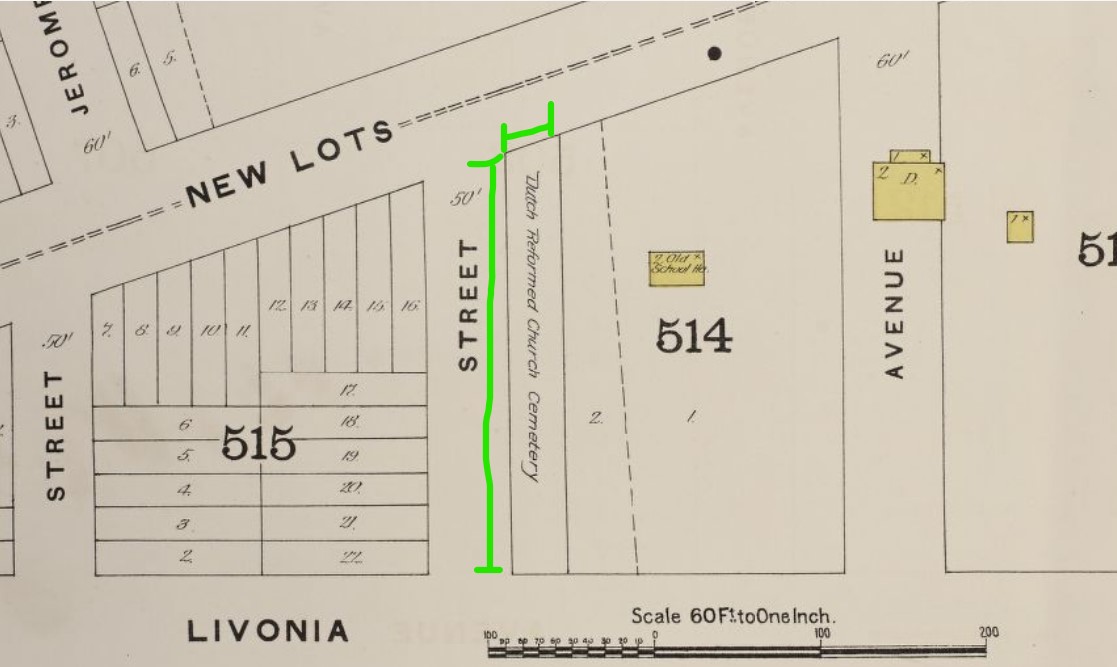 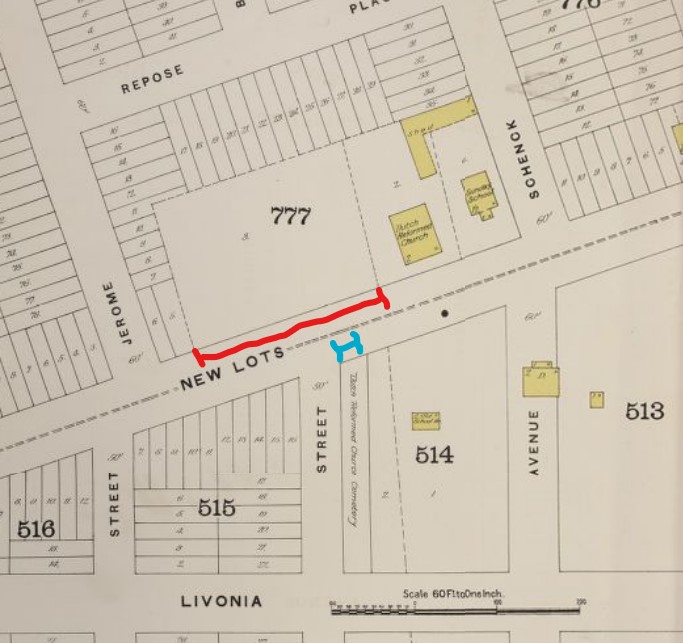 The New Lots Dutch Reformed Church (also a Clio entry) still stands on the south side of New Lots Avenue, across from the New Lots branch of the Brooklyn Public Library. The land north of the library and south of Livonia Avenue became a playground in the late nineteenth century, formerly known as Schenk Park. The land now occupied by the library and the park once was used as a burial ground for the Village of New Lots. The cemetery was used since the seventeenth century and those buried there included Revolutionary War soldiers, local farm families, and African-American slaves.

The farmers of New Lots volunteered to build a church for their village in the early 1820s, on donated land across the street from the cemetery. The little white church you see on New Lots Ave. was constructed from 1823 to 1824, with donated lumber from the local farmers' wood lots timber. Reportedly, the cemetery that you see next to (east of) the church, on the south side of New Lots Ave., was not established until 1841. At that time, a number of burials were exhumed from the old cemetery on the north side of New Lots Ave. and were moved, with their gravestones, to the new cemetery. However, not all of the burials were moved. Although the reasons aren't clear, it may have been an economic issue, with those families who could afford to move their ancestors and purchase space in the new cemetery predominating. The graves of the more well-to-do families were more likely to have inscribed gravemarkers to make identification of burial plots in the old cemetery easier. In 2010, historians found a map from 1878 labeling the old cemetery as one for the enslaved. A map from 1887 (image below) labels the far east edge of Block 514, along Barbey St., as "Dutch Reformed Church Cemetery."

The mythical Sankofa bird represents the African proverb "One must turn to the past to move forward." Some images of the bird show the beak turned back, holding an egg in its mouth; the egg represents the future. Another interpretation of the word Sankofa is to "go back to the past and bring forward that which is useful."

Archaeologists for the city recovered human bone fragments and burial items underneath the park's basketball and handball courts. The remains were reinterred in a ceremony involving African-American descendants in 2019; the reburial spot is enclosed by fencing and marked with. A black granite "griot stone" will be placed in the center of an educational space in keeping with West African oral history traditions. A green space will occupy another part of African Burial Ground Square. The multi-million dollar reconstruction project at Sankofa Park is expected to be finished in late 2022. The official start of design of the project was June 2019, but was delayed due to covid. Construction began in February 2022.

NYC Department of Parks and Recreation. Sankofa Park, History: What Was Here Before?, NYC Parks: Find A Park. Accessed May 5th 2022. https://www.nycgovparks.org/parks/sankofa-park/history.