This tour was curated by: Metropolitan Library System of Oklahoma County

This park was originally part of a school land section that funded public schools by leasing the land to private individuals. In 1911 the state Land Office converted the land into an addition to Oklahoma City. They created the Douglas Place addition and included land for Douglas Park, both named after Grace Douglas who had held the lease on the land. 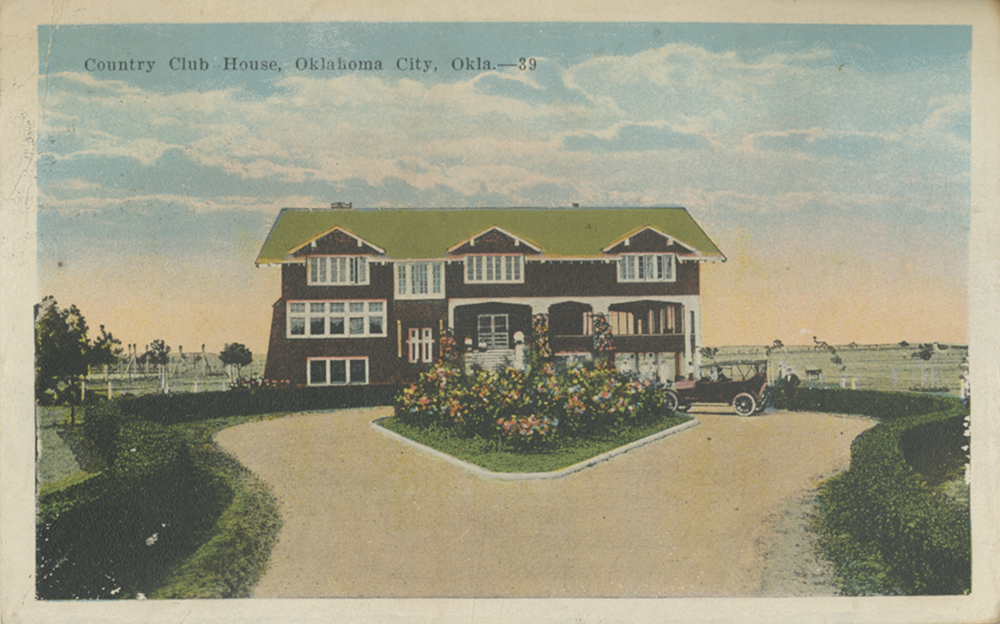 The land for this park was part of the Oklahoma City Golf and Country Club and one of the city's very first golf courses. In 1931, this park that straddles both sides of N Shartel Ave was created from an area that encompassed parts of three golf holes and a natural ravine that drained the area.

Although the Edgemere Park addition was developed in the late 1920s, nearby Edgemere School opened in 1912. In the springtime, teachers had trouble keeping schoolchildren focused on their learning because of the enticing stream and large grove of oaks and cottonwoods that covered the park area, so class was often held outside if the weather cooperated.We commonly refer to this as Edgemere Park, but it was renamed Guy H. James Park in 1966.

Sparrow Park makes use of a natural ravine running through the area to define the layout of streets and lots which created the unusual shape of this park and its sister, Goodholm Park to the south. Originally, Goodholm Park was a “play” park with a baseball diamond, tennis courts and playground equipment and Sparrow Park was a “garden” park covered with flower beds and a large rose garden.

Goodholm Park takes its name from Andrew Goodholm who was born in Filipstad, Sweden in 1861. Goodholm immigrated to Kansas in the 1880s and then to Oklahoma City in 1894 when he established the Acme Milling Company, the largest flour mill in the city. For many years, Goodholm’s family home stood at the fairgrounds and operated as a history museum. Goodholm also served on the city council and later formed a real estate company with partner Edwin Sparrow. 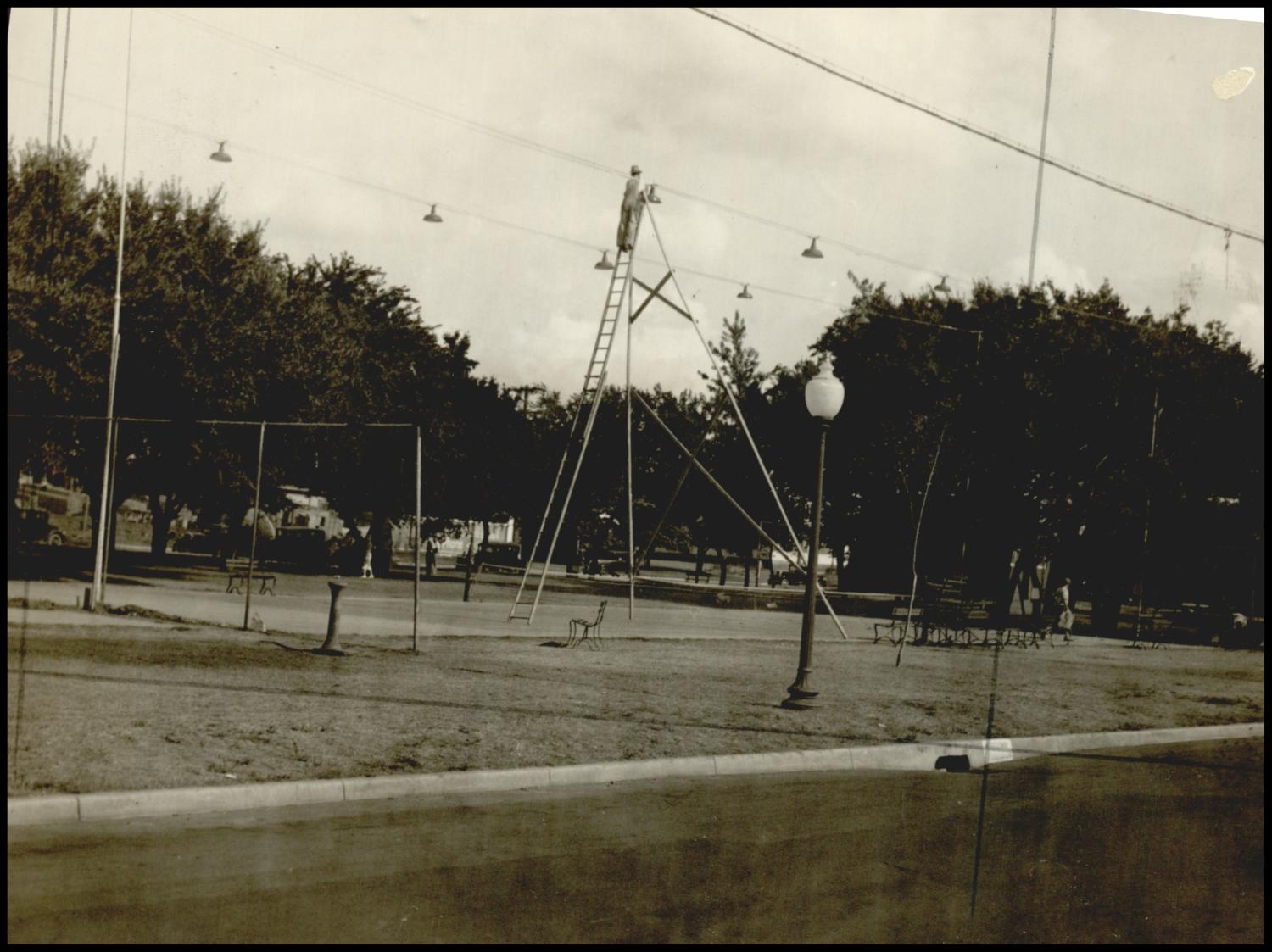 This park was once part of a farm owned by John Franklin Winans who lived on his Land Run homestead for nearly 50 years. It was once a wooded grove on Winans’ land and was known to be a favorite picnic spot for the 1889ers with plenty of shade and a cold water well for refreshment.

The curved turn of streetcar tracks on Highland Circle created this elongated triangular patch of land. Originally, it was little more than a scraggly weed patch neglected by the streetcar company but resident J. E. O'Neil convinced streetcar owner Anton Classen to convert it into a garden park for the area in 1914. 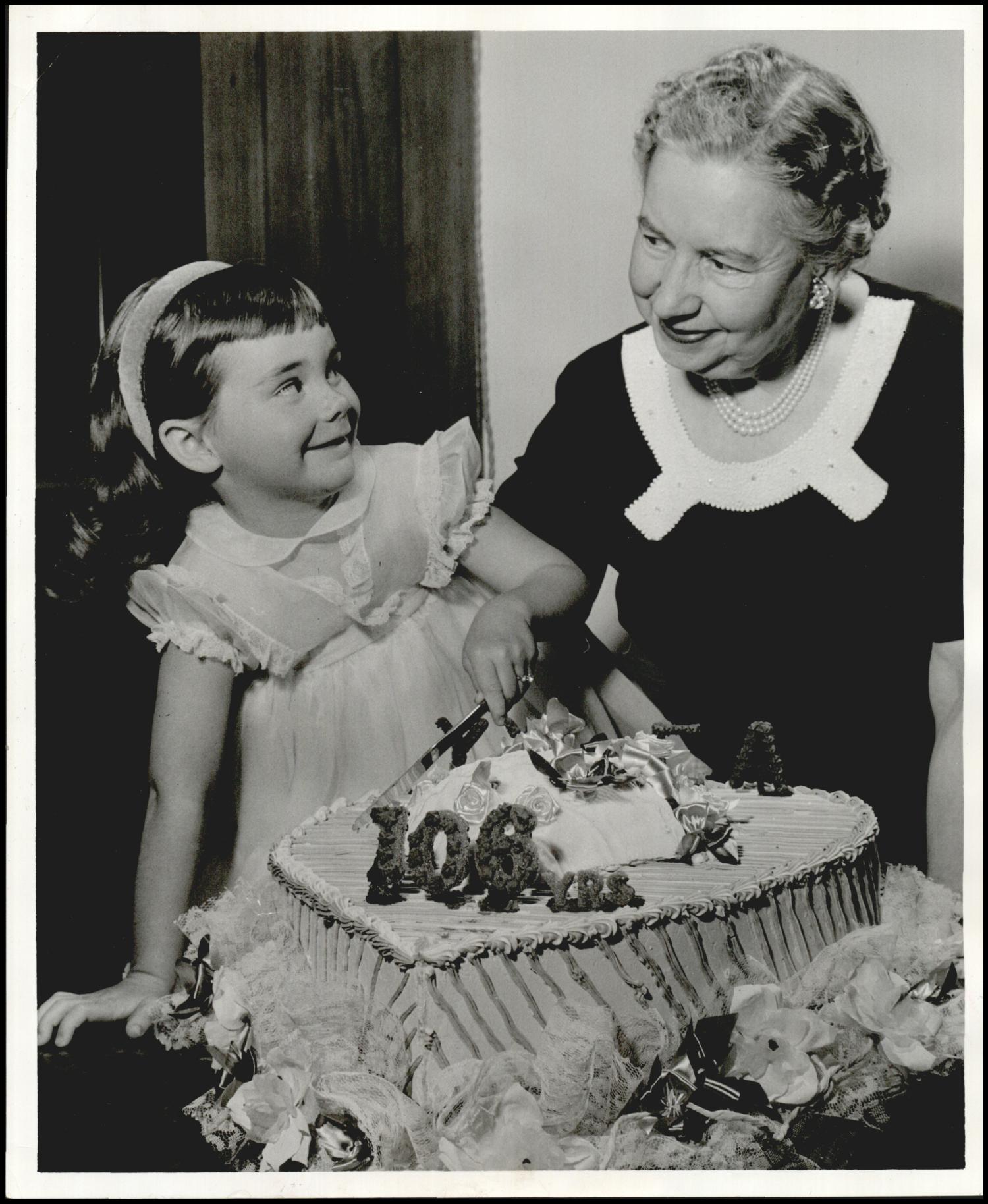 Florence Park is named for Florence Ogden Wilson who was the niece of William and Alice Harn. Original plans called for this park to be an ornamental park with a flower garden, but today the most notable feature is the stone top from one of the towers of the Baum Building which once stood Downtown. 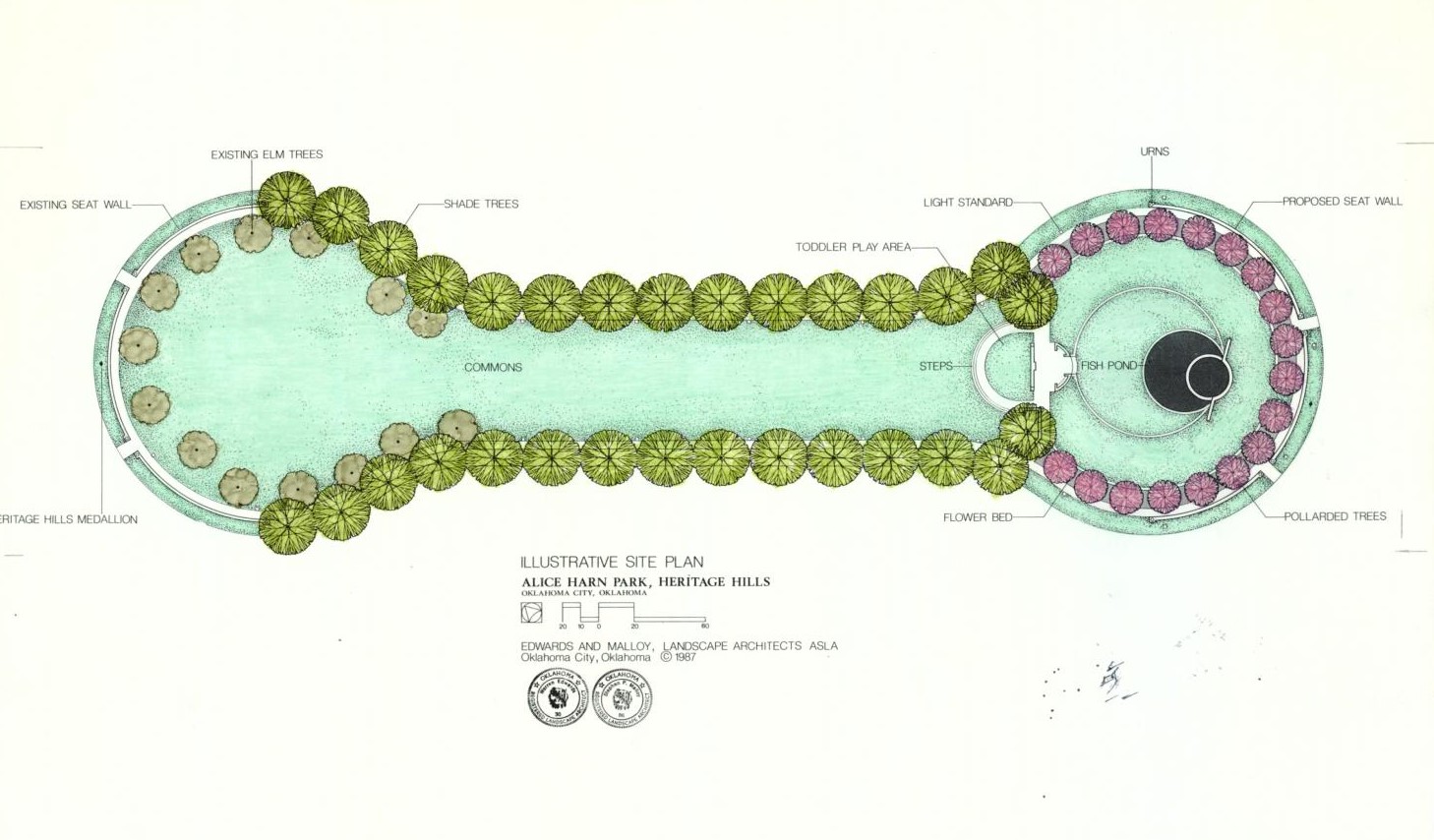 Alice Harn was a leading figure in the city’s early art scene as well as active in beautification efforts in the city. Her artistic influence can be seen in the development of the surrounding Harndale Addition. In 1919 Alice Harn Park was considered one of the city’s “postal parks” because it looked beautiful on postcards of the city. 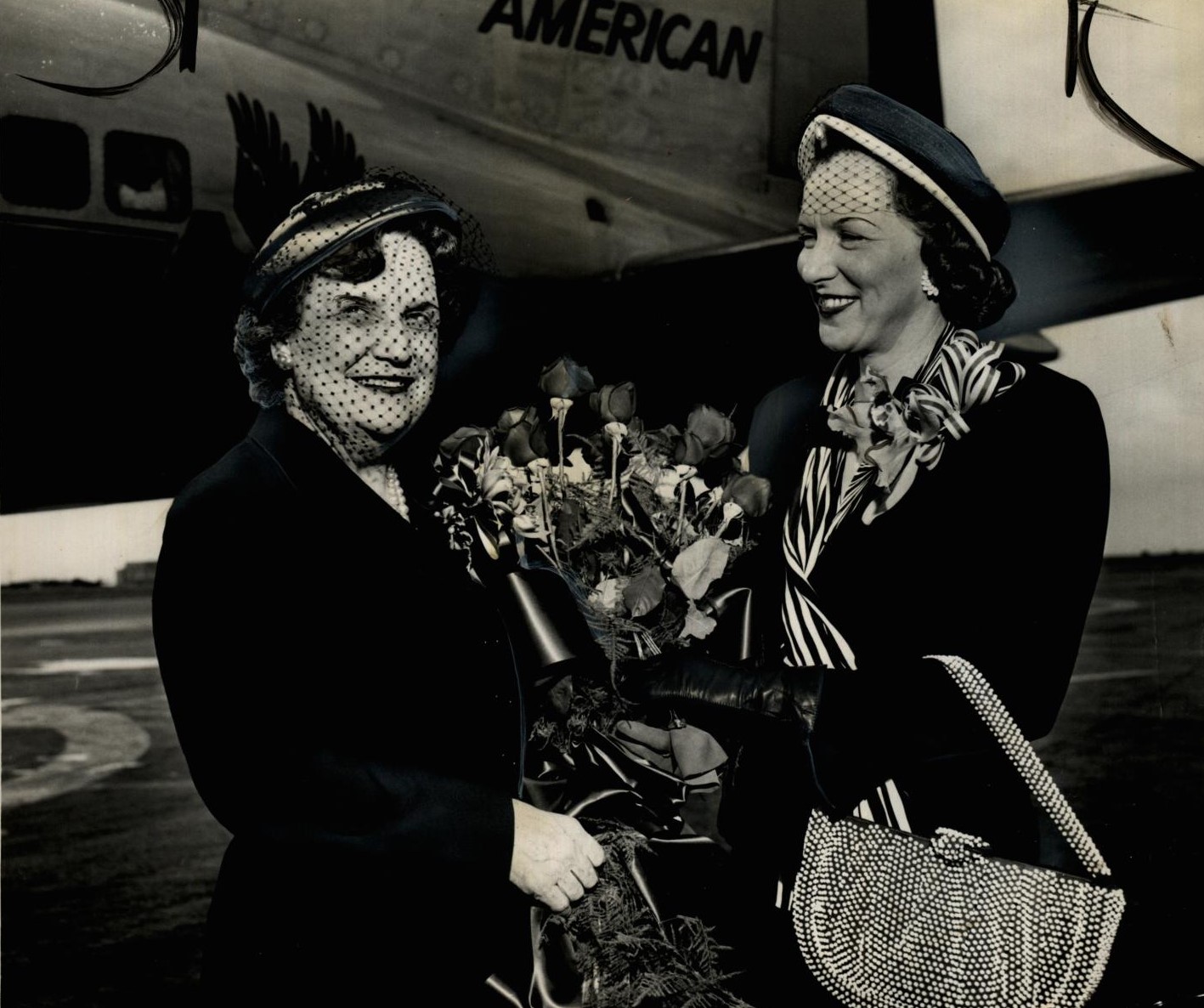 “You go to Perle’s and you know it’s going to be fun.”This park and the surrounding neighborhood are name for Perle Mesta who was the daughter of William Skirvin and an activist for women's empowerment in Washington, DC. She was known for parties that brought together the most interesting people from around the world and was immortalized in song by Irving Berlin as the "hostess with the mostess'."

“We want people to know in the future where the first Vietnamese settled when they came to Oklahoma. We want them to come here and see the best of Vietnam with the best of America.”Established in 1928, Military Park has from an irrelevant slice of land to a neighborhood park and ultimately the heart of Oklahoma City's Asian District. 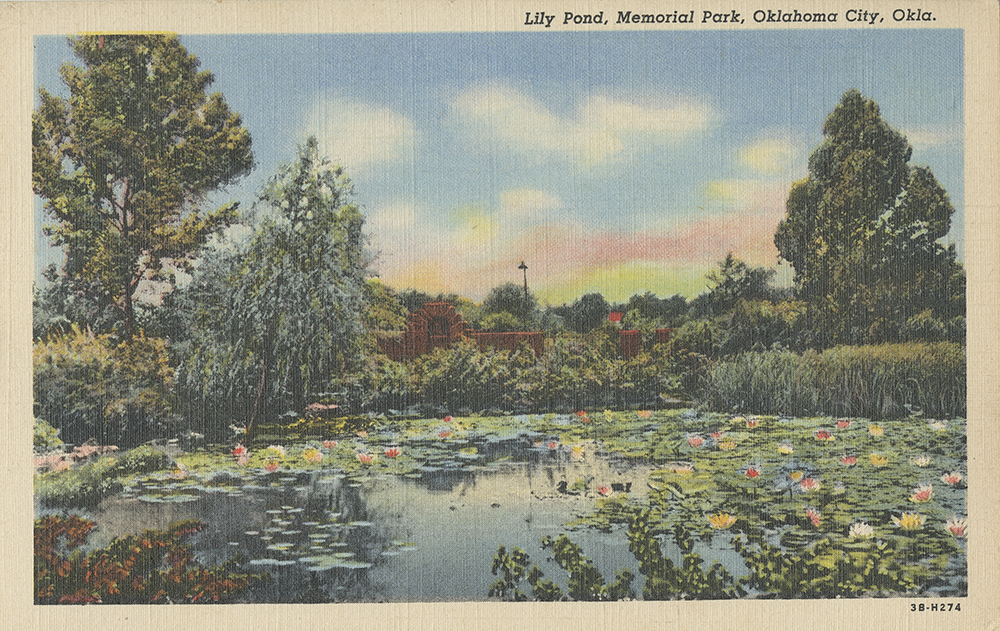 Throughout its life Memorial Park has shown great adaptability and resilience in serving Oklahoma City residents. One of the oldest parks in the city, Memorial looks vastly different today from its beginnings as Putnam Park in 1902. Originally a treeless spot with a small lake the park evolved into a memorial for fallen soldiers and later a WPA show piece.

Hello and welcome to a cycling tour of Northwest Oklahoma City parks. This tour will cover Douglas, Crown Heights, Edgemere, Sparrow, Goodholm, Winans, O'Neil, Florence, Alice Harn, Pearl Mesta, Military, and Memorial Parks. You can begin your tour anywhere and follow the route along. At each park, stop and click the pin on the map to access a short recorded history of the park and pictures of the park, if applicable. Please exercise caution on this trip. Some parts may be on major streets or street crossings.