The Glenburnie Farm was placed on the National Register of Historic Places in 1988 for its architecture and connection to the James Glenn family. The main structures on the property are the 1802 brick Federal style house and 1804 stone barn. James Glenn, Sr. was notable for his service in the Revolutionary War and 1791 St. Clair expedition. His son, James William Glenn, served in the Confederate cavalry and one of his daughters was the mother of famous spy Belle Boyd. 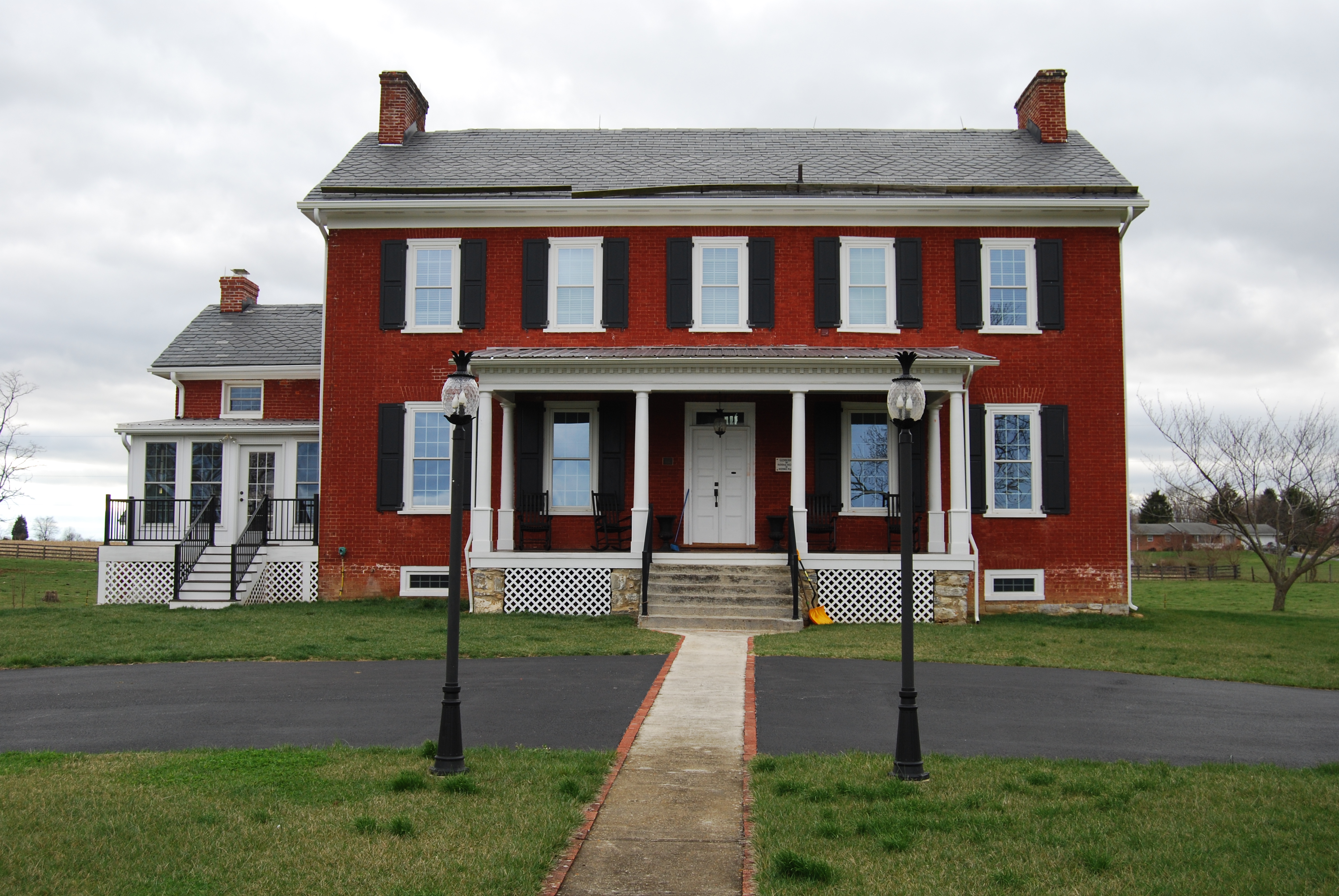 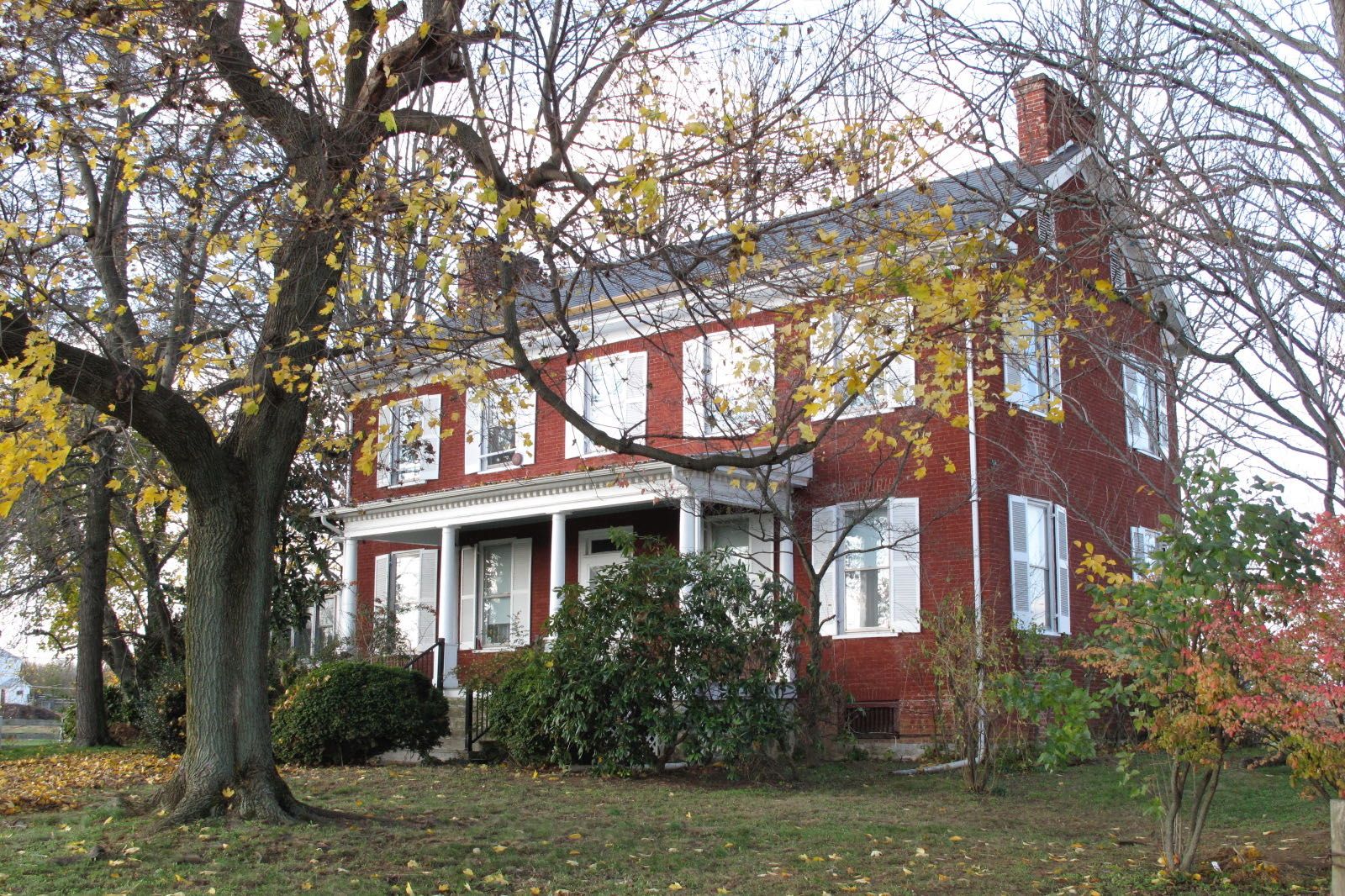 Sketch map of the Glenburnie complex 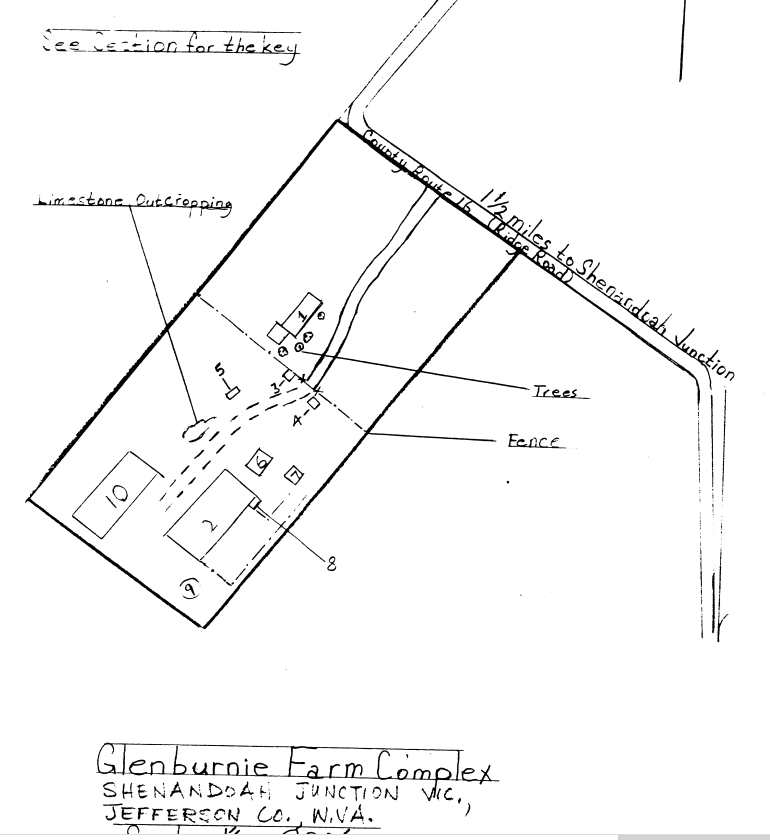 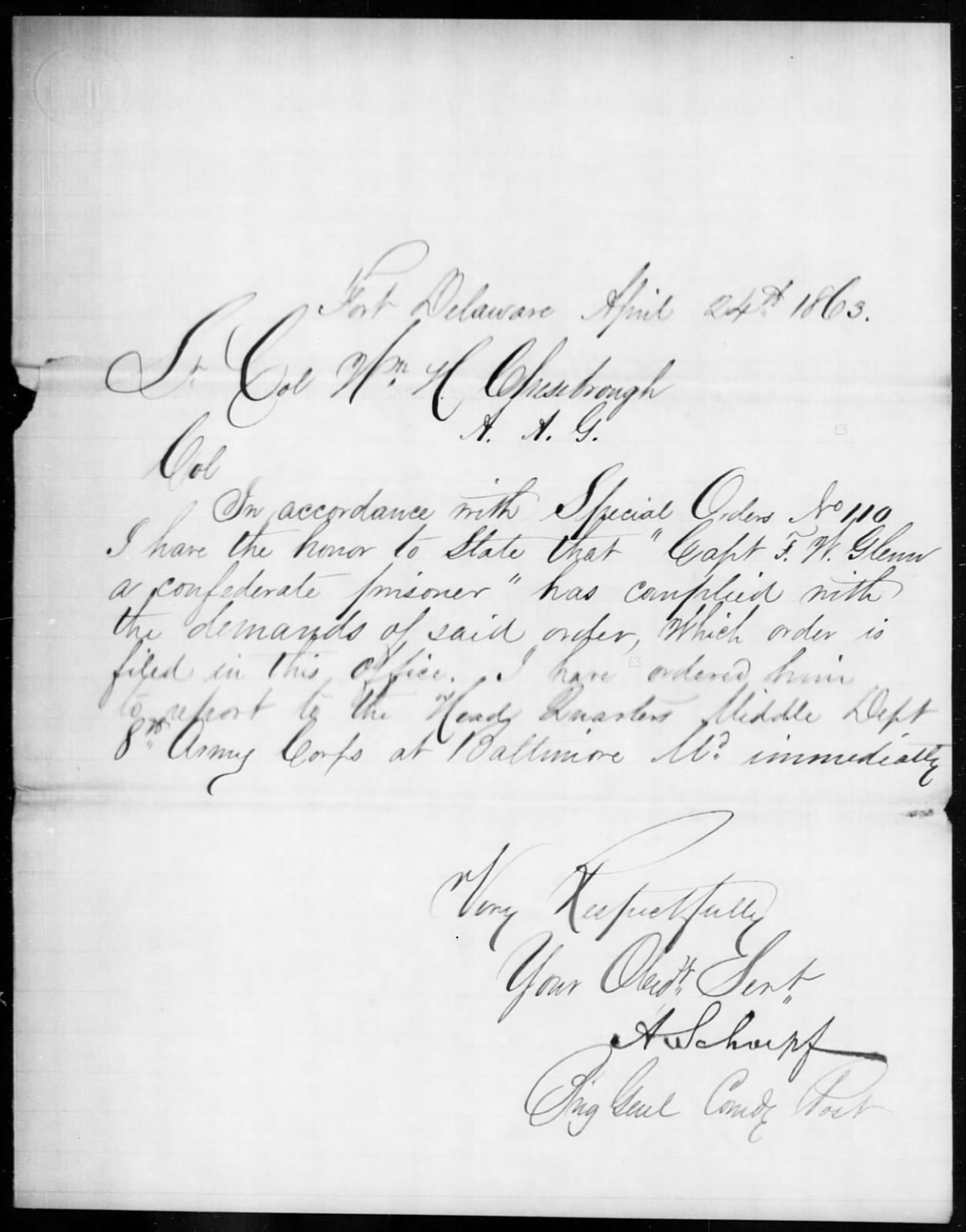 Letter in support of J. W. Glenn after his arrest 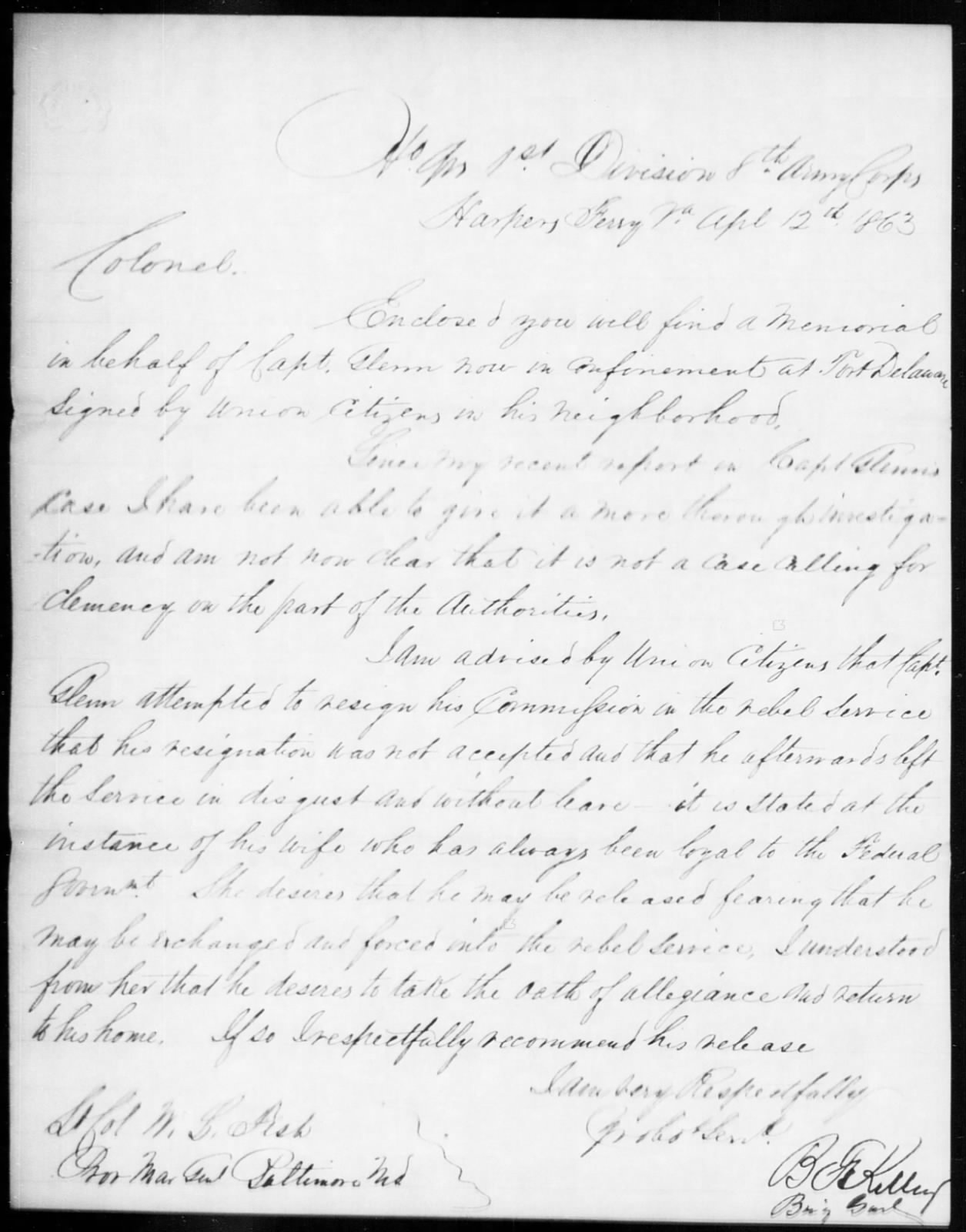 Letter in support of Glenn after his arrest 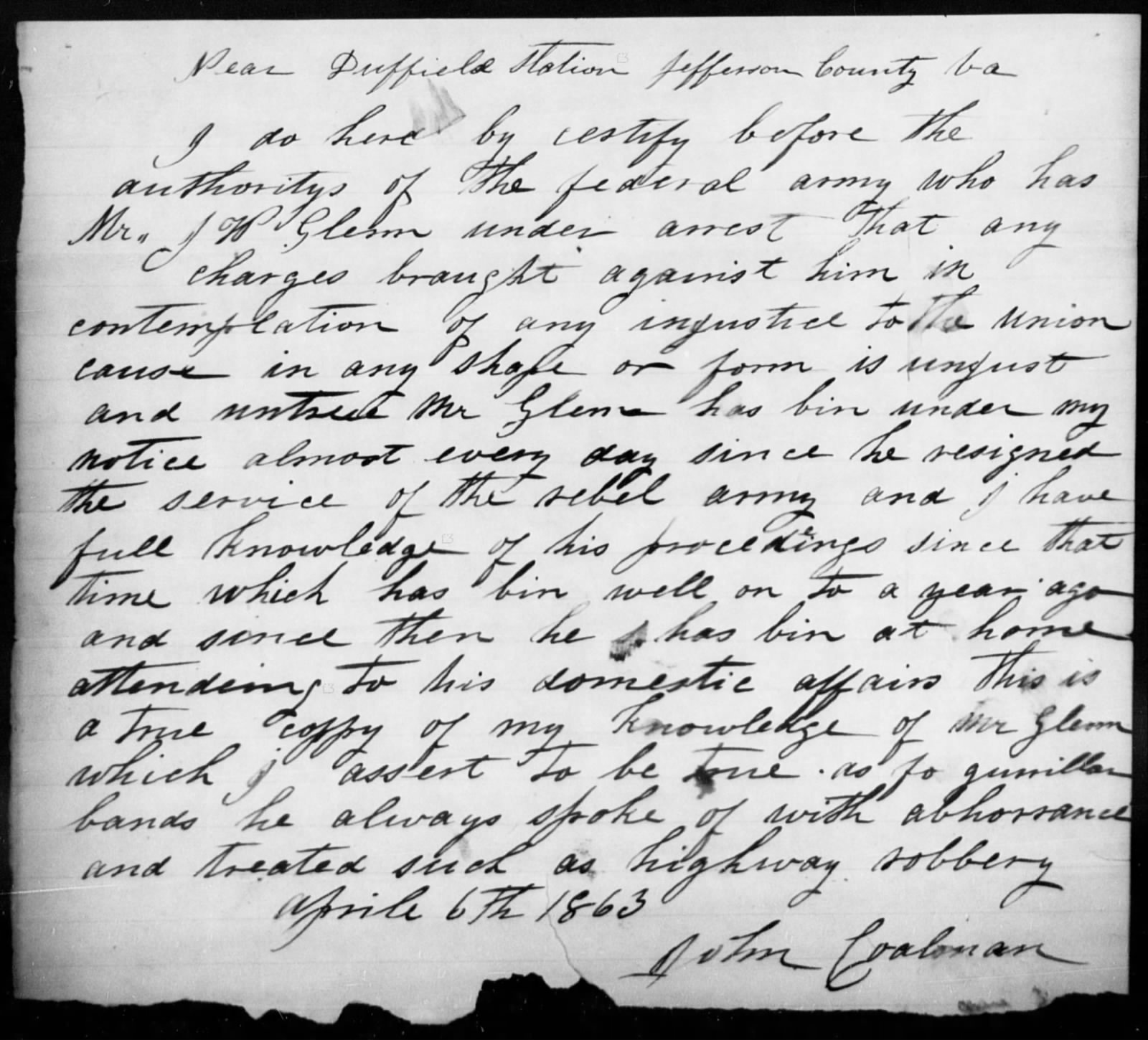 Letter in support of Glenn from neighbors 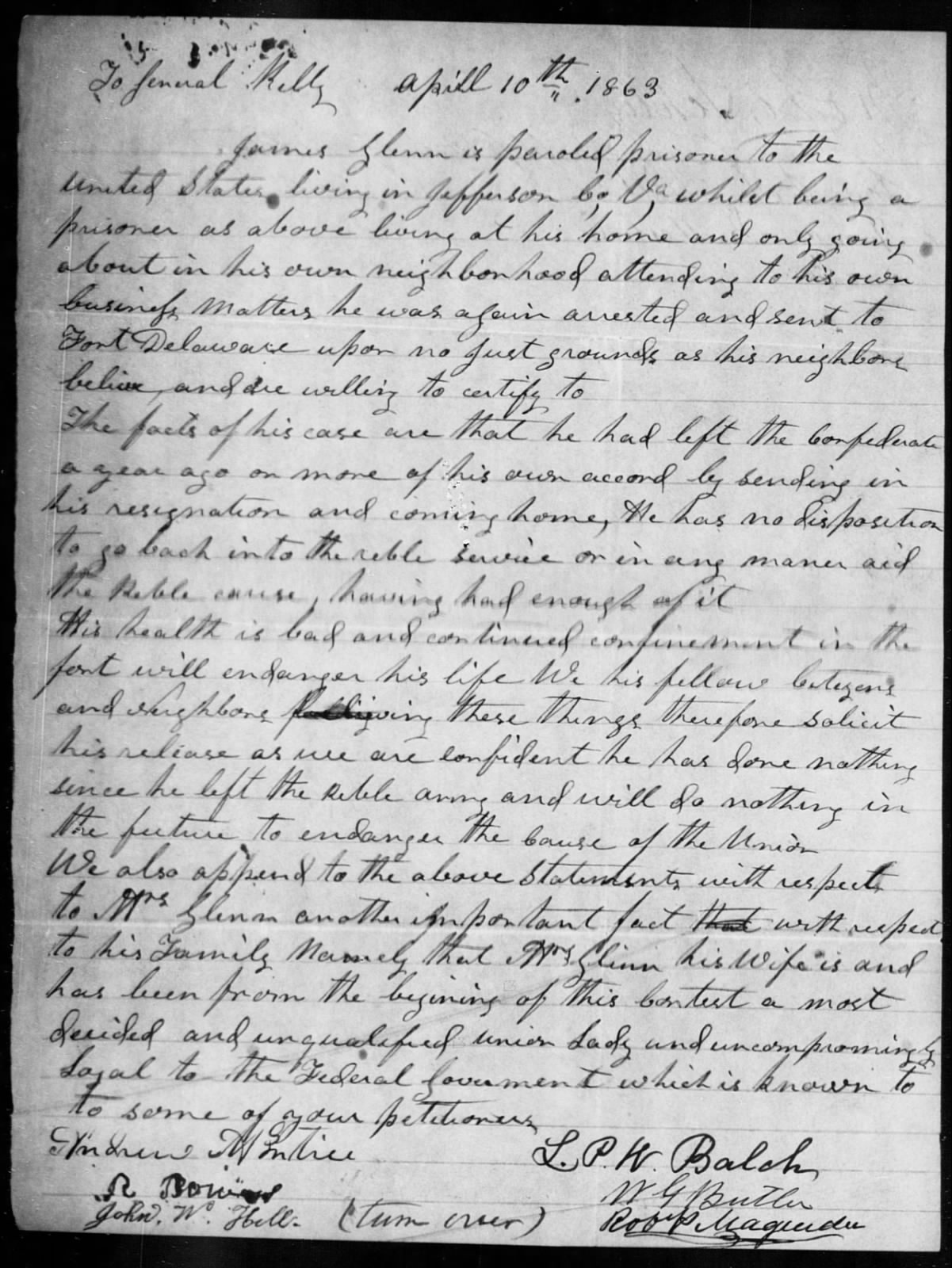 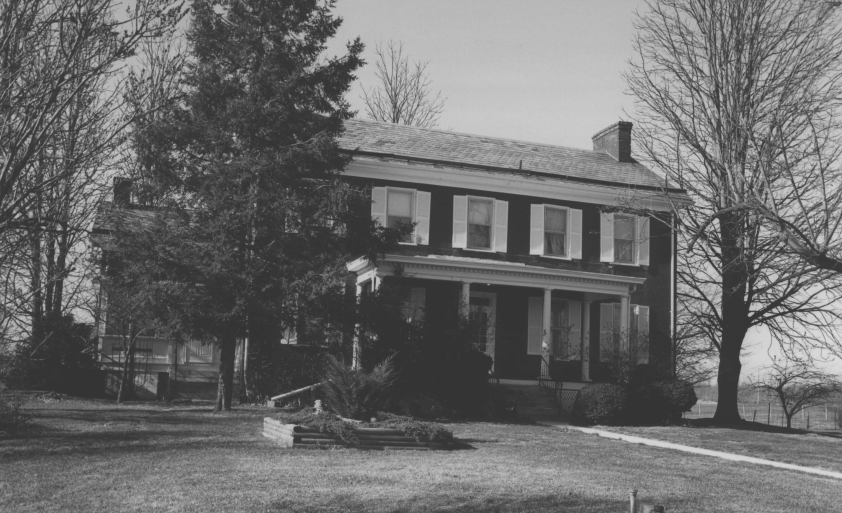 The Glenburnie Farm includes the house, main barn, and several outbuildings from the nineteenth and early-twentieth century. The house was constructed in 1802 in the Federal style using red brick on a limestone rubble foundation. A kitchen addition was added later in the nineteenth century and there are three chimneys and three porches in the structure. Above each window is a flat brick arch decoration. The 2.5-story limestone rubble barn was constructed in 1804. Other nineteenth and early-twentieth century farm structures on the property include two meat houses, a wood shop, machine shop and corn crib, spring house, pig pen, and silo. Architecturally, the house is a well-preserved example of the Federal style in the county and the barn is a rare surviving example of that type of structure. As a complex, the Glenburnie farm shows the “19th century complex” where the barn is more dominant than the house, and the surrounding outbuildings demonstrate the evolution of farming over time.

James Glenn, Sr. was born on May 3, 1763 and fourteen years later he appeared on the Berkeley County Orphan Bond Book. At a young age, Glenn enlisted in the Continental Army and served in the Carolinas under Gen. Nathaniel Greene. After the Revolution, Glenn also served with Virginia troops in 1791 in General Arthur St. Clair’s expedition against the Miami and Shawnee that ended in the failure of the Battle of the Wabash, or “St. Claire’s Defeat.” According to a 1905 account Glenn barely escaped the battle, but took command of the detachment of Captain Darke when he fell in battle. This account also states that Glenn was the messenger to Gen. Washington in Philadelphia to inform Congress of St. Clair’s defeat. He was awarded a promotion for his service and was a recruitment officer in Pittsburgh for a few years before retiring in 1794. He remained active in the Virginia Militia, but at that point he returned to Shepherdstown to settle. He acquired and built the 1802 house on the land his father had rented in the 1770s.

Glenn married Jane Duke in the mid-1790s; none of their three children survived and his wife died as well. He remarried to Ruth Burns and they had four children, one of which died before the age of two and was buried in the garden of Glenburnie. One of Glenn’s daughters, Mary Rebecca Glenn married Benjamin Reed Boyd and was the mother of Confederate spy Belle Boyd. In Belle Boyd’s memoir of her life and spying in the Civil War, she recounts an incident where Federal soldiers came to her house in search of Confederate flags with the intention of hoisting a Union flag on the house. When the soldiers insulted her and her mother, Belle Boyd shot and killed one of the soldiers; this marked the start of her time spying for the South.

James Glenn’s son, James William Glenn, was born on January 10, 1832, just months before Glenn, Sr.’s death in November that year. With Glenn’s death the estate was divided between James William Glenn and a nephew, William Grove, who inherited Glenwood. Glenn, Jr. entered the Virginia Military Institute with the Class of 1851 (in 1847) but only completed eighteen months before resigning. At the beginning of the Civil War, Glenn enlisted in the 12th Virginia Cavalry as captain of Company A. He resigned his position January 12, 1863 citing health concerns and did not return to Confederate service. However, after he returned home, he was arrested by Union forces and held for several months at Fort Delaware. His complied military service record file includes letters of support from his unionist neighbors advocating for his release due to his resignation from the Confederate military, his health, and his wife’s unionism.

After the Civil War, Glenn sold Glenburnie in 1866 and settled with his family at Glenwood. He had inherited Glenwood, the other half of his father’s estate, when his cousin William Grove died. In 1871 he was part of a five-member board advocating the state to move the county seat from Shepherdstown to Charles Town. Glenn lived the rest of his life at Glenwood; after his wife died in 1893 he leased the home to another family, but continued to live there too until his death in 1907. Glenburnie was sold a few times and the property size reduced before the early 1900s. G. H. Hendrick purchased the farm in 1920 and that family still owned the property in the 1980s when it was placed on the National Register of Historic Places.