Boidstones Place, known today as Greenbrakes, has been in continual use for agricultural production since the 1760s. The house was constructed in three phases—1766, 1850s, and 1920s—and most of the original structure remains unchanged. The 1766 frame house is one of two surviving frame houses from the pre-Revolutionary period (the other is the Peter Burr house). It was designated a Historic District on the National Register of Historic Places in 1999. In addition to the main house, the historic buildings include a log cabin, log cottage, tenant house, springhouse, garage, machine/pole shed, hen house/wood shed, main barn, machine shed, spray shed, bull shed, and cemetery (possibly slave) to the south of the house. 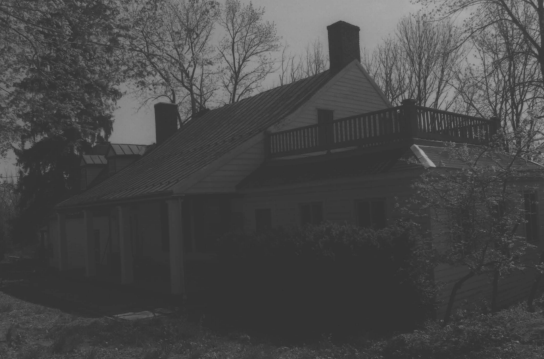 Boidstones is a “telescope house” with three sections built during different periods. The oldest section is the north end of the house and is a 1766 1.5-story wood frame building. The original entrance was on the east side, facing the Potomac River, and the building had two rooms on the first floor and a staircase up to a single second floor room. The central section was added in the 1850s and the entrance moved to the west side of the new section. The third section was added in the 1920s on the south side and is a one-story sleeping porch with a wooden balustrade along a flat roof.

The 1766 section of Boidstones was built by Thomas Boydston. Brothers Thomas, Benjamin, and Presley Boydston moved into the region in the late 1750s, part of migration after the conclusion of the French & Indian War. Thomas Boydston received 196 acres of grant land from Lord Fairfax and purchased an additional 134 acres on Terrapin Neck for more farmland and access to the Potomac. Records in the 1780s show that Thomas, a widower with no children, and his brothers likely cultivated grain and hay. They also planted 200 apple trees, had horses and cattle, and had around ten slaves. The spring on the property was named Stillhouse Spring, so it is likely that Boydston distilled grain into spirits. This possibly explains the purchase of strip of land 300’ wide and 3000’ long on his southern border giving him access to the Potomac for shipping. Boydston owned and developed the land for thirty years and built several outbuildings that no longer stand.

There was a land grant dispute between Joist Hite and Lord Fairfax in 1798 about the Terrapin Neck land. The courts ruled against Boydston and he was evicted, although he still owned the strip of land down to the river. Abraham Shepherd acquired the land after the legal battle was settled and purchased additional acreage to continue cultivation (likely continuing the production patterns of the Boydstons). Three of Shepherd’s sons lived on the Boidstones property in succession. The third was Rezin Davis Shepherd who also held Wild Goose and acquired Boidstones from his brother in 1841. In addition to farming, the Shepherds had racing stables and a racetrack which was a central entertainment for the community. In 1851, R. D. Shepherd, Sr. gave Boidstones to a nephew, namesake R. D. Shepherd, Jr. Shepherd, Jr. build the 1850s section of the house and several outbuildings, including the main barn and the two log cabins for his slaves. At his death in 1862 the land was run by tenants and family agents; while the property was not damaged during the Civil War most of the area farms and plantations suffered from economic damage and the loss of slave labor. Shepherd’s children sold the farm after their mother passed in 1886.

The property was bought by William and Charlotte Fayman, Shepherdstown residents involved in Republican politics. They built the tenant house and may have used the main house as an inn. After William’s death, Charlotte sold the farm in 1909 to Harry Mundey, owner of the Mecklenburg Inn building and town postmaster 1902-1914. He planned on using the farm as a stock farm and made changes in the fencing and added stock sheds. Unfortunately, in 1914 he lost his position with the change of administration and his business failed. His bankruptcy put the farm up for sale again.

Boidstones returned to the Shepherd family in 1916 when a niece, Rosalie Pendleton Scully, and her husband C. D. Scully purchased it as a summer home. C. D. Scully practiced law in Pittsburg and served as the city’s mayor in the 1930s but supported his wife in buying back the family land and investing in it. They owned the farm for 31 years and added the final section of the house. They planted peach and apple trees and built a system to bring water from the spring up to the houses and to irrigation the orchards. The Scullys also modernized the homes with electricity, indoor plumbing, and telephone wires. By WWII it became harder to maintain the orchards and the farm was sold in 1948 and converted to pasture for cattle.