St. Peter’s Roman Catholic Church is a historic structure in Harpers Ferry, West Virginia. Completed in 1833, it was the third church in Harpers Ferry as well as the first Catholic parish in Jefferson County. In 1896, the original building was demolished and replaced with a larger structure in the same location. The church sits on a rocky outcrop overlooking the Lower Town district, making it one of the area’s most visible landmarks. It is under the jurisdiction of the Diocese of Wheeling-Charleston. In 1999, the parish combined with the nearby St. James' parish and regular church services at St. Peter’s ended. Today the church has been designated as a historic chapel and hosts community events, weddings, and conducts a weekly mass for visiting tourists. 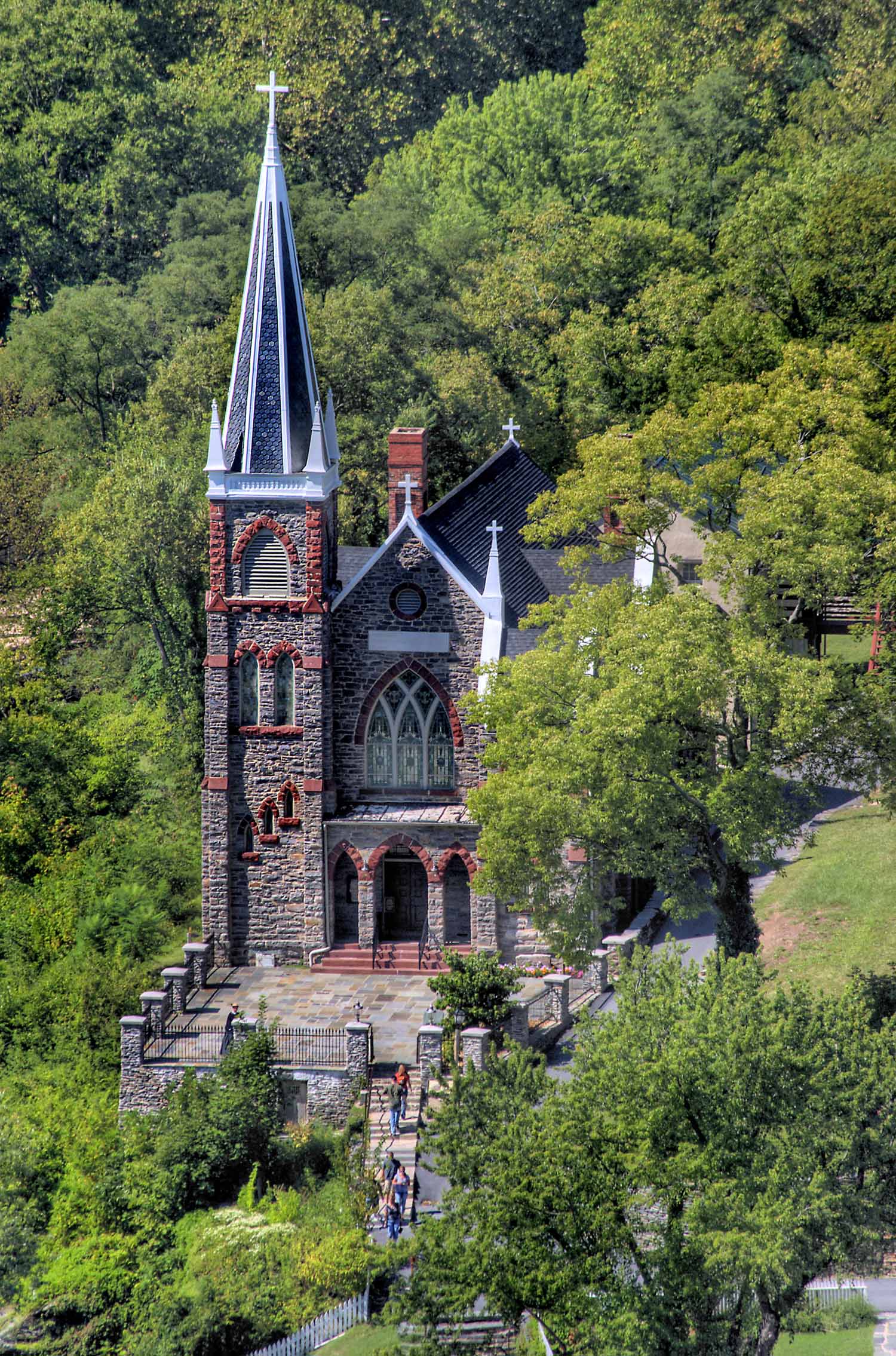 The original church, seen in the center, around 1890. Courtesy of http://www.histarch.illinois.edu/harper/1890church.jpg 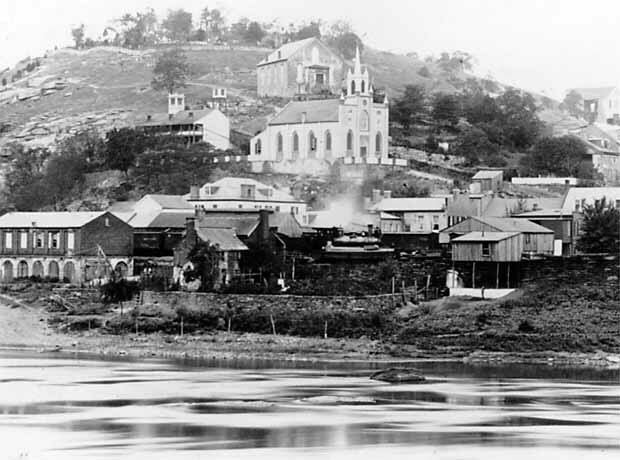 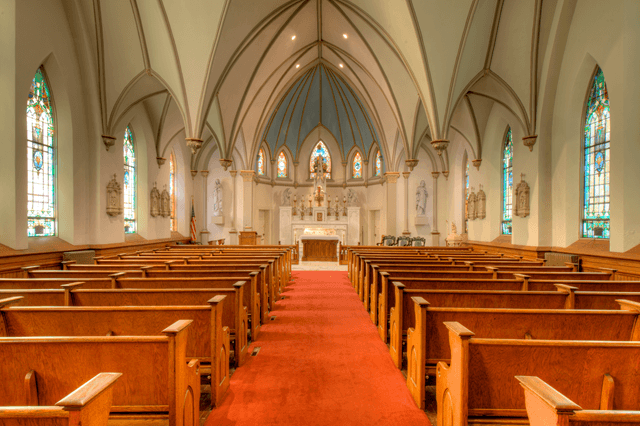 Construction of the Chesapeake and Ohio Canal, and later the Baltimore and Ohio Railroad, brought many Catholic Irish workers into the area, soon creating the need for a Catholic church. In the 1820s, a church was built on Shenandoah Street but it was soon destroyed in a flood before any services were held there. In 1830, construction began on a church on a four-acre piece of land conveyed to them by the Wager family, descendants of Robert Harper. Upon his passing in 1782, Harper had stipulated in his will that those four acres be set aside for the establishment of a church. St. Peter’s was finished and consecrated on May 5, 1833. The original building was a one-story brick structure over a stone foundation and had a wooden steeple. In 1896, the original church was torn down and the current one was built on the foundation. It was designed in the neo-Gothic style with red sandstone trim, granite walls, and a bell tower.

Around 1854, St. Peter’s leased (and later acquired) an adjoining piece of property from the government. There the church built a two-story stone structure to serve as a school house. In 1886, the school closed and the church opened a new one on the north side of Shenandoah Street, which remained in operation until 1899. The original school building was converted into the church rectory in 1889. Around 1880, a wood frame bell tower was built near the northwest corner of the original school house, and was used for almost two decades until the construction of the new church in 1896.

Harpers Ferry was devastated by the Civil War, having been fought over and switched hands numerous times. St. Peter’s was the only church not to be destroyed or severely damaged during the conflict. This was credited to the efforts of the church’s pastor, the Reverend Michael A. Costello, who chose to stay and protect his church during the war. Allegedly he flew the British Union Jack flag over the church as a sign of neutrality to discourage Confederate artillery from attacking it. The church and its school house were subsequently used as makeshift hospitals at several points during the war. Rumors that the amputated limbs of soldiers were buried on the property were discredited when excavations in 2000 found no such evidence.

Due to declining attendance, St. Peter’s church ceased holding regular services in 1995 and in 1999 it was merged with the St. James’ parish in nearby Charles Town. St. James’ retains ownership of the church and has restored the building. In 2000, a group of volunteers excavated the grounds and uncovered thousands of artifacts, mostly everyday items. Today St. Peter’s is open to the public during the weekends from May to November, and offers Sunday Mass for tourists and locals. It continues to host community events as well, such as weddings and Christmas concerts.