Barleywood is situated on land owned in the 1700s by Samuel Washington, one of several large Washington estates in the area. Divided among succeeding generations, this parcel of land was owned in the 1840s by Samuel Washington’s great-granddaughter Millicent and her husband Robert G. McPherson. In 1853, the McPhersons sold the land out of the family and the estate has been divided since into smaller plots. Barleywood has been vacant since the 1960s and is in a state of disrepair. It was placed on the National Register of Historic Places in 2007. 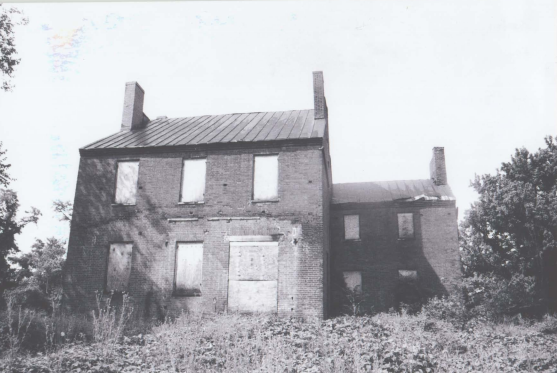 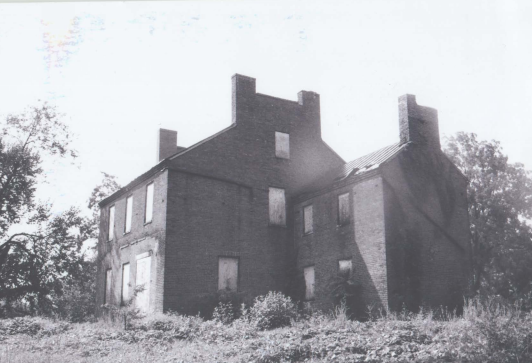 In the 1700s George Washington and his brothers acquired large plantations in the area that would become Berkeley and Jefferson Counties. Washington’s brother, Samuel Washington, inherited land from their brother Lawrence at his death in 1752. Samuel Washington moved his family to the Jefferson County estate in 1770 and built Harewood. He then purchased an additional 542 from Isaiah Pemberton in 1771, land that Pemberton had received by a grant from Lord Thomas Fairfax. He ultimately owned about 3,800 acres here.

For a period of the 1770s this region was dominated by large plantations owned by the Washington family. In subsequent generations, these large plantations were divided into smaller pieces; there would be at least six estates split off from Harewood. Samuel Washington married five times, his wives all dying early, and he also died young. His son, George Steptoe Washington inherited Harewood and at his death the estate was divided among three sons. One of these sons, William T. Washington, built up an estate that included the land that would eventually be Barleywood. In 1841, W. T. Washington sold a parcel of 250 acres to his son-in-law Robert G. McPherson. McPherson had married Washington’s daughter, Millicent, the year before. In 1842, they built their house at Barleywood, a Greek Revival style brick house with a service wing extending to the east side. Millicent and Robert McPherson were modestly wealthy compared to the other nearby Washington estates. In the 1850 census Robert was listed as a “farmer,” the family owned ten slaves, and employed at least one domestic servant.

The McPhersons sold Barleywood in 1853 to Humphrey Keyes who also purchased other Washington lands to a total of 1,000 acres. Jefferson County and Charles Town saw a lot of troop movement and combat during the Civil War, due to its location in the Shenandoah Valley and near Harper’s Ferry. Keyes lost a portion of his wealth during these years, due to damage during the war and the loss of his slave property. He was able to recover some wealth before his death and the estate was passed on to his two surviving daughters, Susan (Keyes) Ambler and Sarah Margaret Keyes. It appears that around 1900 Susan Ambler developed the farm into a tenant operation and there was a tenant house and garage constructed across the road around that time. When Ambler died in 1925 the estate was divided by her three children and has been further divided since to new owners. There is a possibility that the Barleywood home was occupied at some point in the 1960s; however, it has been vacant since then and subject to disrepair and vandalism.

Despite its condition, the house does contain much of the original architecture and interior design, including traces of the original paint and wallpaper. Barleywood was added to the National Register of Historic Places in 2007.