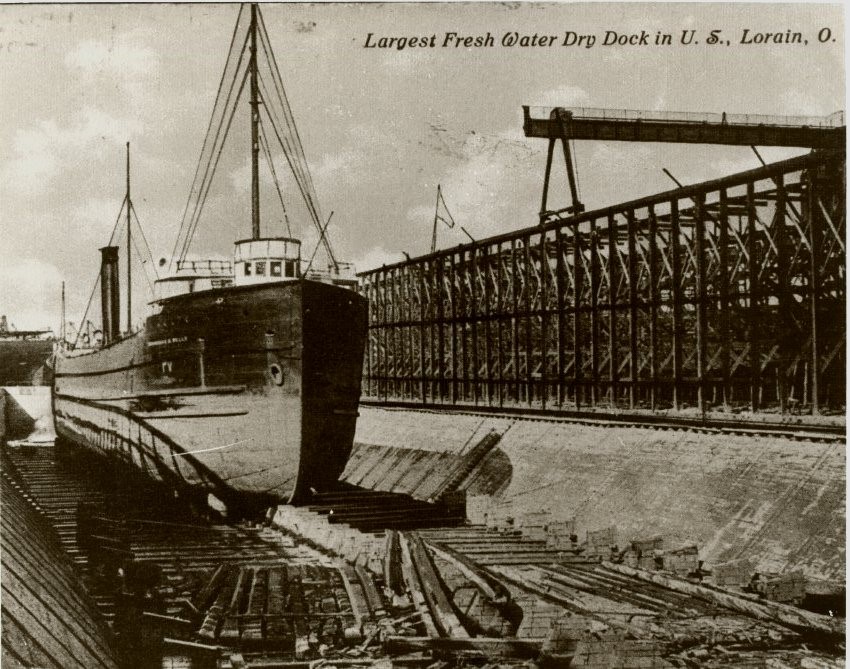 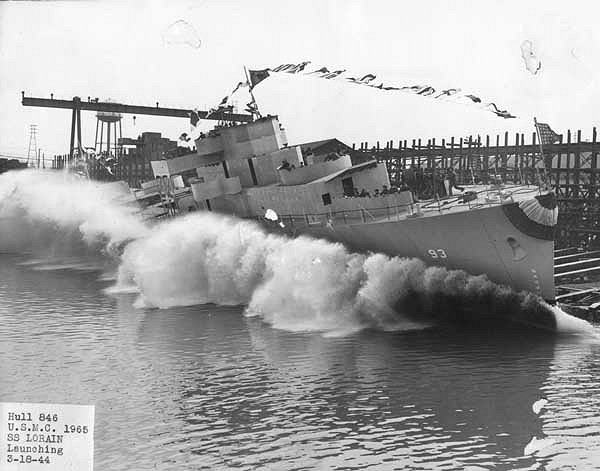 William J. De Lancey sitting in the mouth of the Black River, 1981. 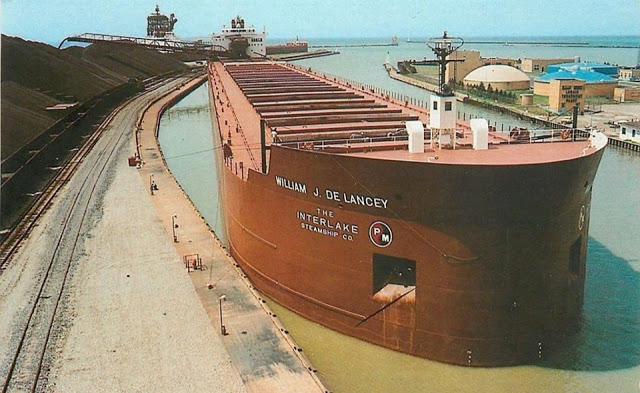 Arial photograph of the Lorain shipyards looking north, 1977. The water tower, Pattern Warehouse, and Black River Landing can all be seen in this photograph. 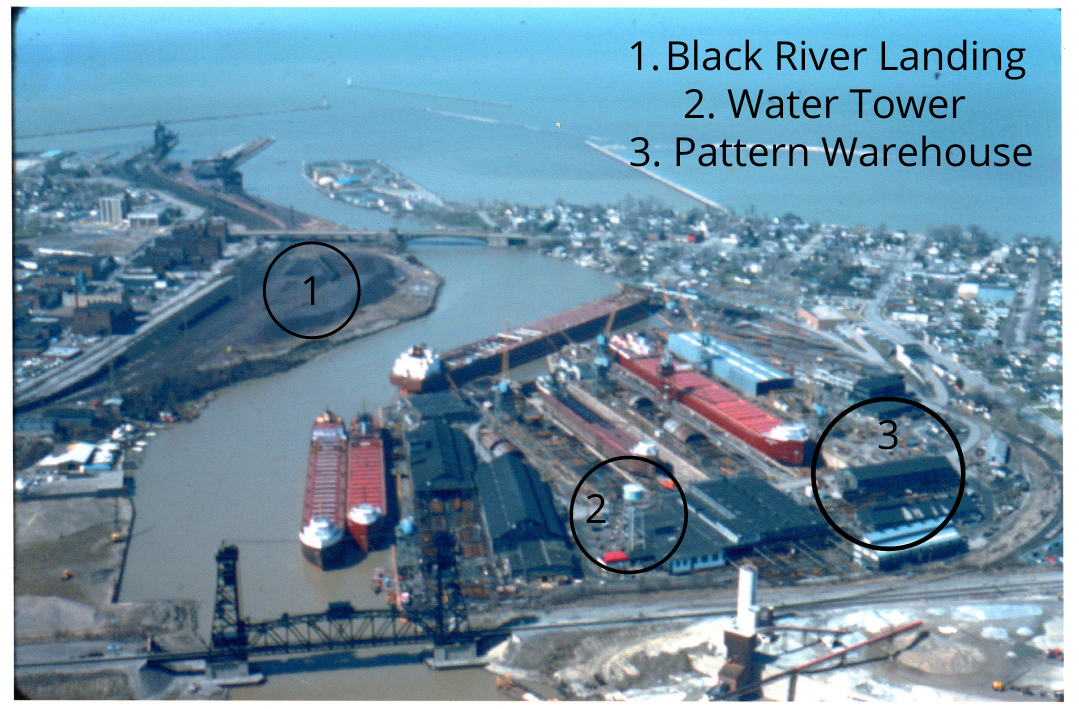 Workers on the inside of the Shipbuilding Pattern Warehouse, 1905. Today the building is used as a coffee shop and event center. 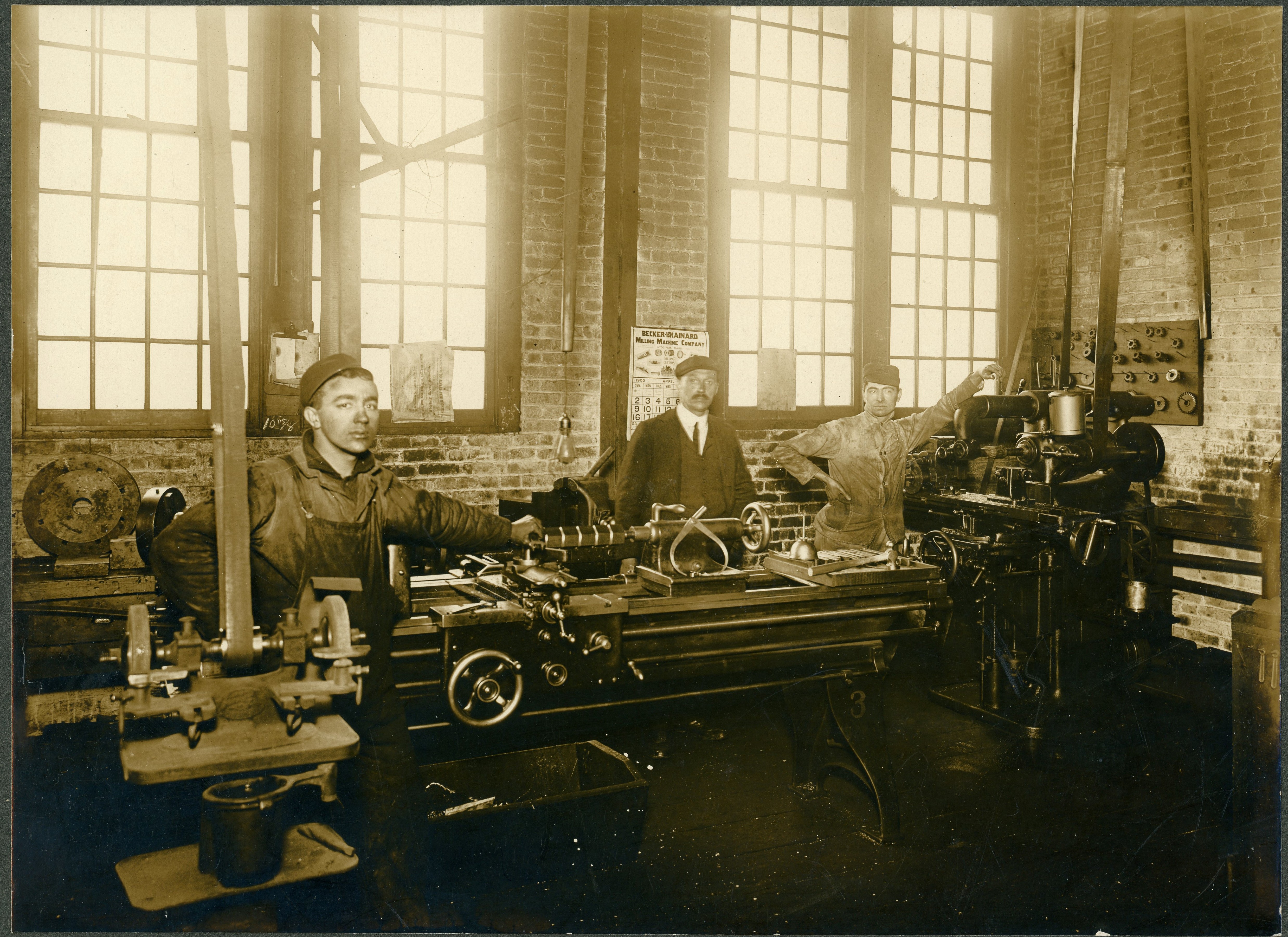 Shipbuilding became Lorain’s earliest industry when the U.S. Government gave Augustus Jones and William Murdock land at the mouth of the Black River to rebuild their shipbuilding company in Connecticut, which was destroyed during the war of 1812. The two men attracted other shipbuilders to the area and in 1819 Lorain launched its first ship on the Black River, a wooden sloop named the General Huntington. Throughout the 1800s, private citizens continued to build a total of 300 ships to meet shipping demands around the Great Lakes.

The American Shipbuilding Company built freighters, tugs, tankers, cargo ships, and passenger ships to transport goods and people around the Great Lakes and naval ships to support U.S. war efforts. Between 1941 and 1944, the Lorain shipyard built approximately 35 ships – including net tenders, patrol crafts, and minesweepers – for the U.S. Navy. The USS Lorain launched in 1944 as an anti-submarine and escort vessel for troop ships in the Atlantic Ocean. In 1958 and 1959, the U.S. Navy commissioned two landing ships subsequently christened the Lorain County (LST1177) and Wood County (LST 1178).

In February of 1981, Lorain launched its last vessel, which was built specifically for carrying ore for Republic Steel from Lake Superior ports to their mill in Indiana and Lorain, Ohio. Originally christened the William J. De Lancey after Republic Steel's chairman, she is still the largest operating ship on the Great Lake at 1,013 feet long. In 1990, the ship was rechristened the Paul R. Tregurtha to honor owner Interlake Steamship Company's Vice Chairman.

Over its nearly nine decades in Lorain, the shipbuilding industry became a fixture of Lorain's character and offered employment opportunities for residents as far away as Cleveland. The American Shipbuilding Company’s operations in Lorain concluded in the early 1980s when George Steinbrenner, the company’s board chairman and owner of the New York Yankees, and union workers no longer agreed on labor concessions. In 1983, Steinbrenner moved work from the Lorain shipyards to Tampa, Florida, and with it 1,500 jobs.

As of 2022, the Lorain City Council, Bartlett Maritime Corps., and the Biden Administration are in negotiation about bringing a Navy shipyard to Lorain for submarine repairs. The shipyard would bring thousands of jobs to Lorain and return shipbuilding to the Black River.