West Branch of the Black River as it runs through Cascade Park. 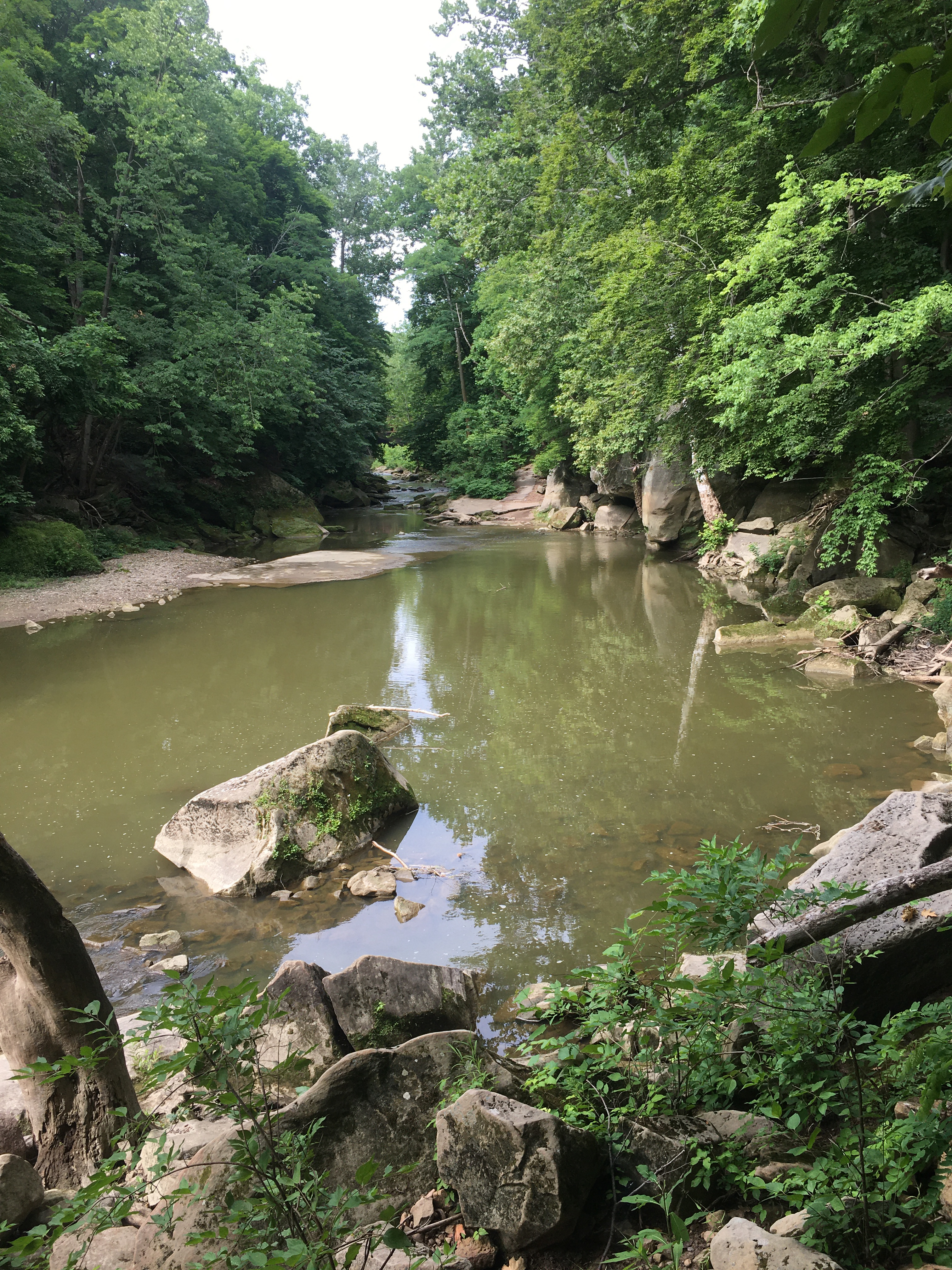 Map from the Lorain Iron Company’s minutes book depicting the location of the company and present-day landmarks. 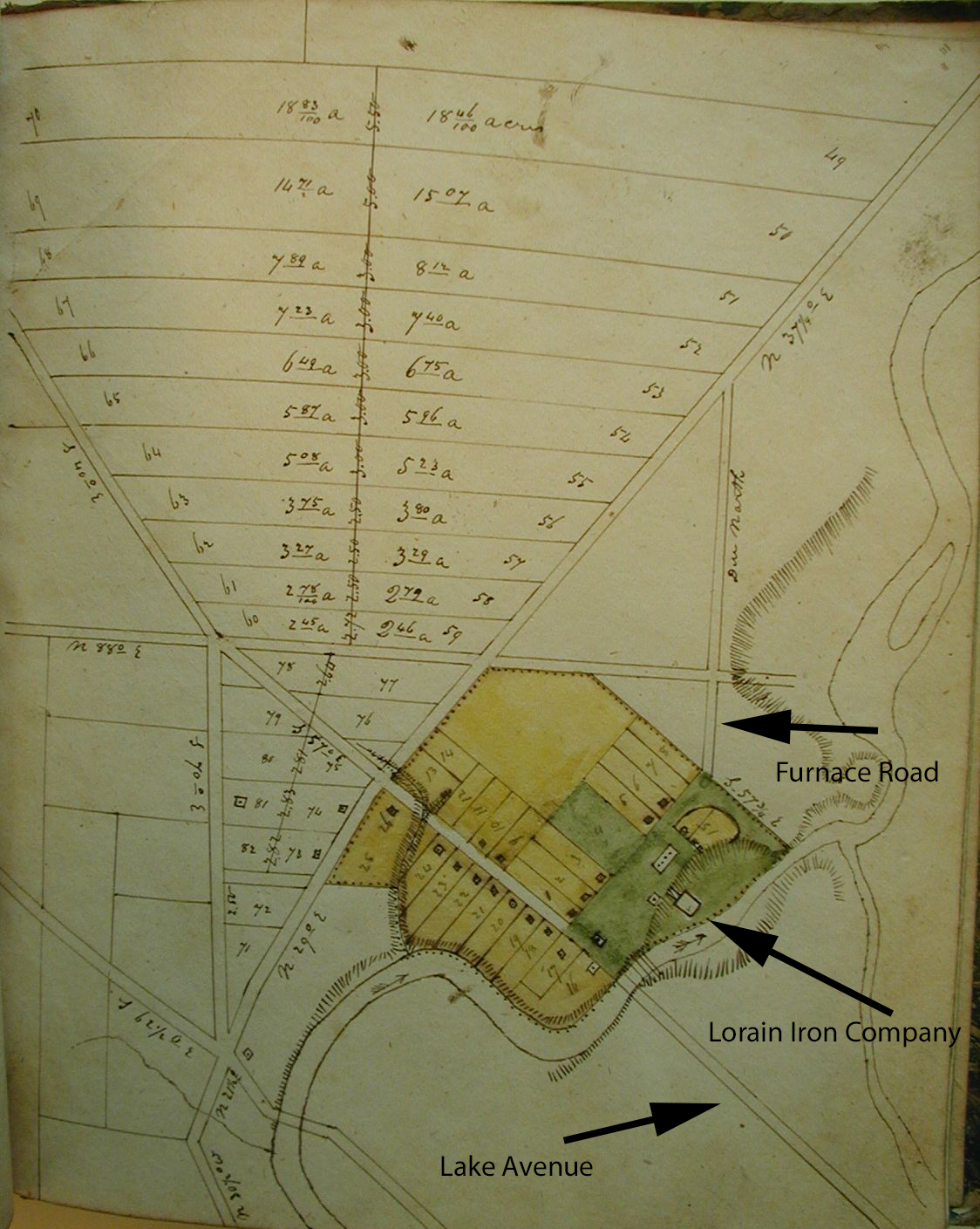 Ruins of the Lorain Iron Company’s old iron blast furnace located below the West Falls of the Black River. Photograph taken by Frank Wilford, circa 1900. 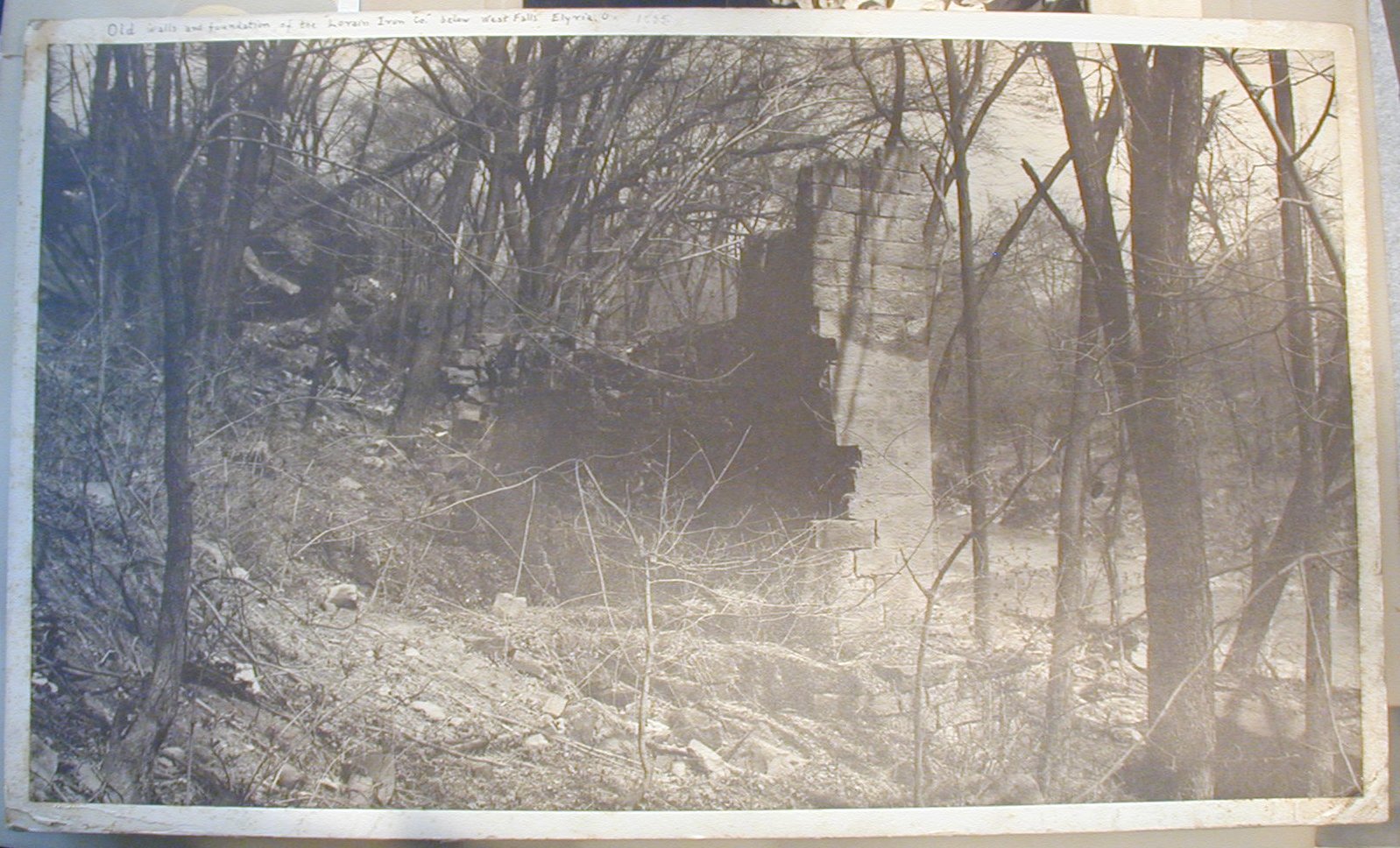 The Black River's West Falls, which may be reached by walking Cascade Park’s Ledge’s Loop trail. The bridge above the falls is Lake Ave. 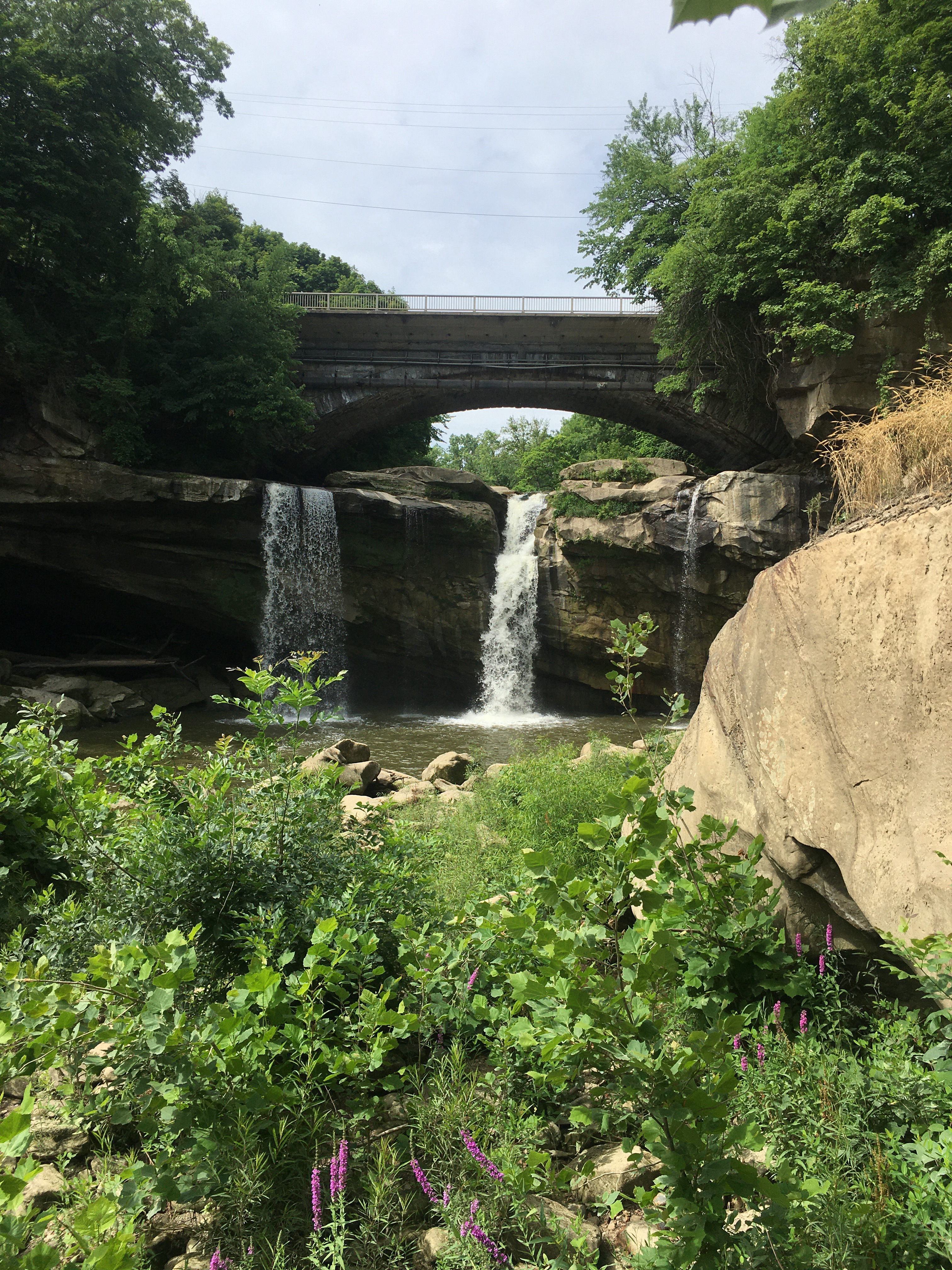 In 1832, Heman Ely, Addison Tracy, Ozias Long, and Phinehas M. Johnson all met at the Elyria courthouse and formed the Lorain Iron Company. Heman Ely, who was the founder of the township and for whom Elyria is named, was elected as the company’s president and chair while Addison Tracy was elected its secretary. Their first resolution declared that they erect a furnace. For its location, they chose an area near the West Falls that was full of bog iron ore. Soon after they also constructed a furnace office for conducting business matters.

The Lorain Iron Company, however, was not the first to build a furnace in Elyria. Zenas Barmim built a forge before 1832 on the west side of the river to manufacture wrought iron. Nor was the company the first to take advantage of the power from the waterfalls. Heman Ely, before delving into iron, constructed a sawmill and gristmill along the river.

The company’s 1832-1834 records indicate that for at least the first couple of years of the company’s existence workers were on individual contracts. Some contracts lasted a couple months while others could last as short as a couple of days. At one time the company employed as many as 100 men, who were either directly involved in the smelting process or performed necessary duties to support the smelting process, such as chopping wood to keep the furnace fire going. Wages, like contracts, were set on an individual basis. Often times wage value was decided on what was deemed a fair price between the worker and the contractor, though pay was likely around $1 day. Workers could also be compensated in goods.

Worker’s contracts with the Lorain Iron Company stipulated whether or not the company was going to board the worker. From time to time the company was known to lease land, which butted up to the river, to previous or potential workers for them to live and build a home. Tenants though had to abide by all the regulations and moral practices of the company, including observing the sabbath and abstaining from alcohol.

The Lorain Iron Company’s day books reveal that the furnace cast various kitchen ware and appliances with the iron it produced – stoves, stove parts, kettles, baking pans, skillets, cauldrons, pots, and more. Stove models that the company produced and sold included the James Cook Stove and the Oberlin Cooking Stove. Philo Stewart designed and patented the Oberlin Cooking Stove while he was living with John Jay Shipherd in Elyria during the early 1830s.

The bog ore that supplied the Lorain Iron Company’s furnace did not last as long as the company perhaps would have liked. The bog ore found in the surrounding area had a low iron content, meaning that more ore was needed to produce a regular amount of iron. After depleting the land of its ore for profit and production, the furnace closed sometime in the late 1840s or early 1850s. When all was said and done, Heman Ely lost $12,000 in the enterprise.

Although the Lorain Iron Company was short lived, reminders and remnants of this company can still be seen. Furnace Street in Elyria was named so because at the time it led to the company’s furnace. Before 2014, slag piles from the blast furnace were still located below the West Falls. In 2014 the Lorain County Metro Parks assumed operations of the land that the company once occupied and formed Cascade Park, which offers a trail to visit the West Falls. To find this path, walk to the right of the parking lot and follow Ledge’s Loop. Please note that this path 0.5 miles long and portions of the path are not paved. Public bathrooms are available at the shelter house near the playground in the main parking lot.

Thomas, James B. “Down Through the Years in Elyria” Elyria Chronicle Telegram. January 2, 1951. Newspaper Archive.