Quarry workers operating heavy equipment to lift a sandstone block, exact location unknown but likely either the Grafton Stone Company or the Elyria Stone Company, circa 1890-1900. 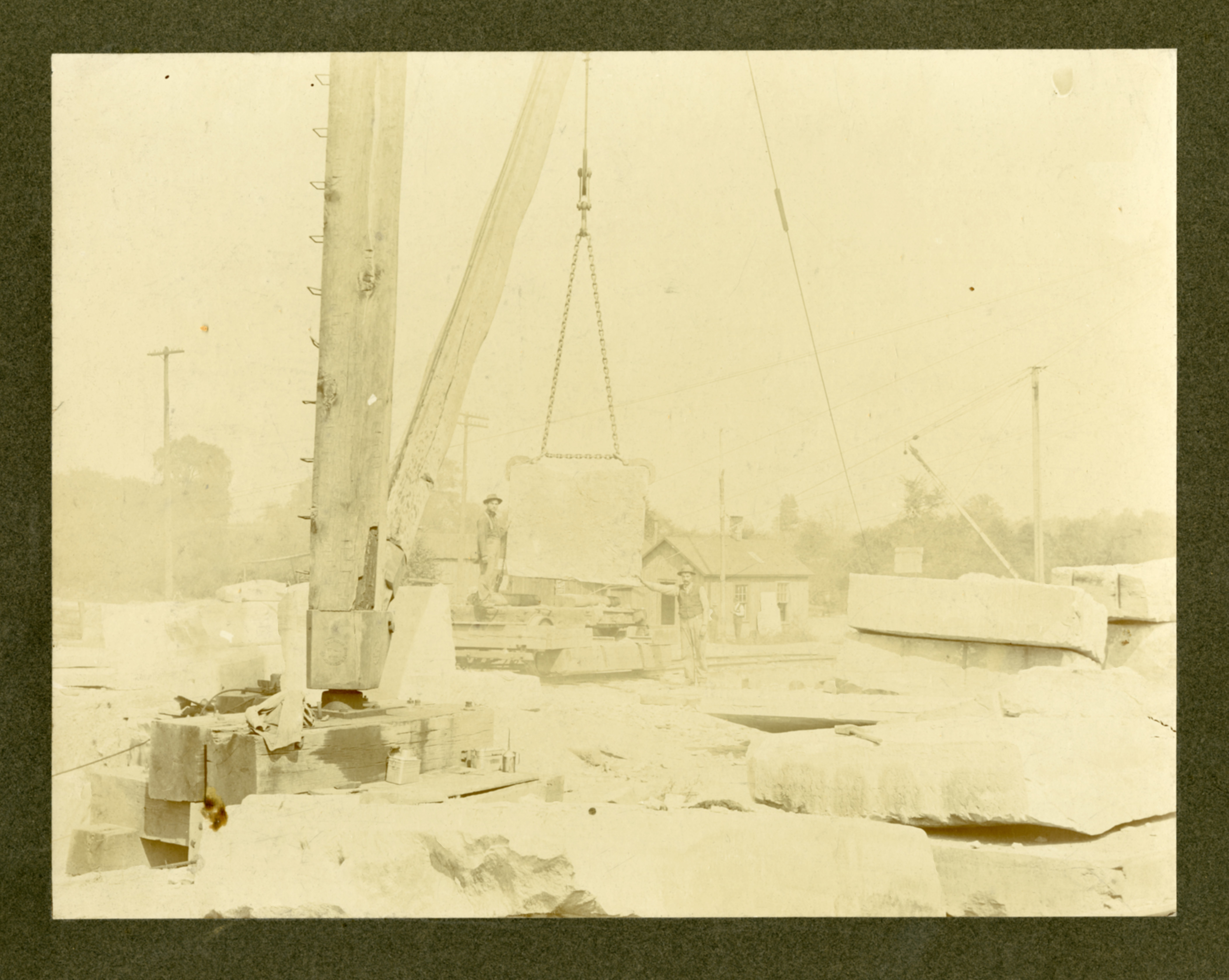 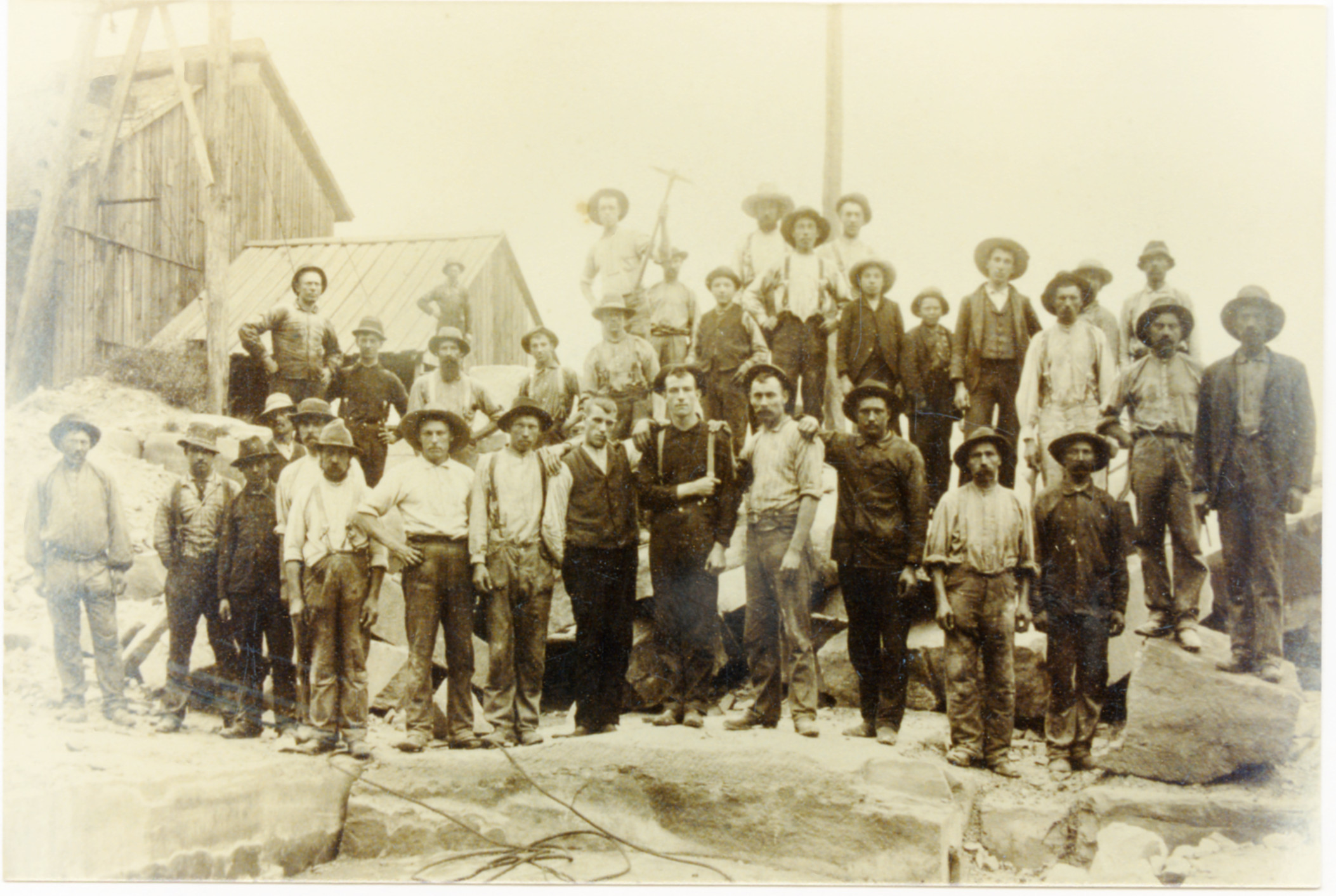 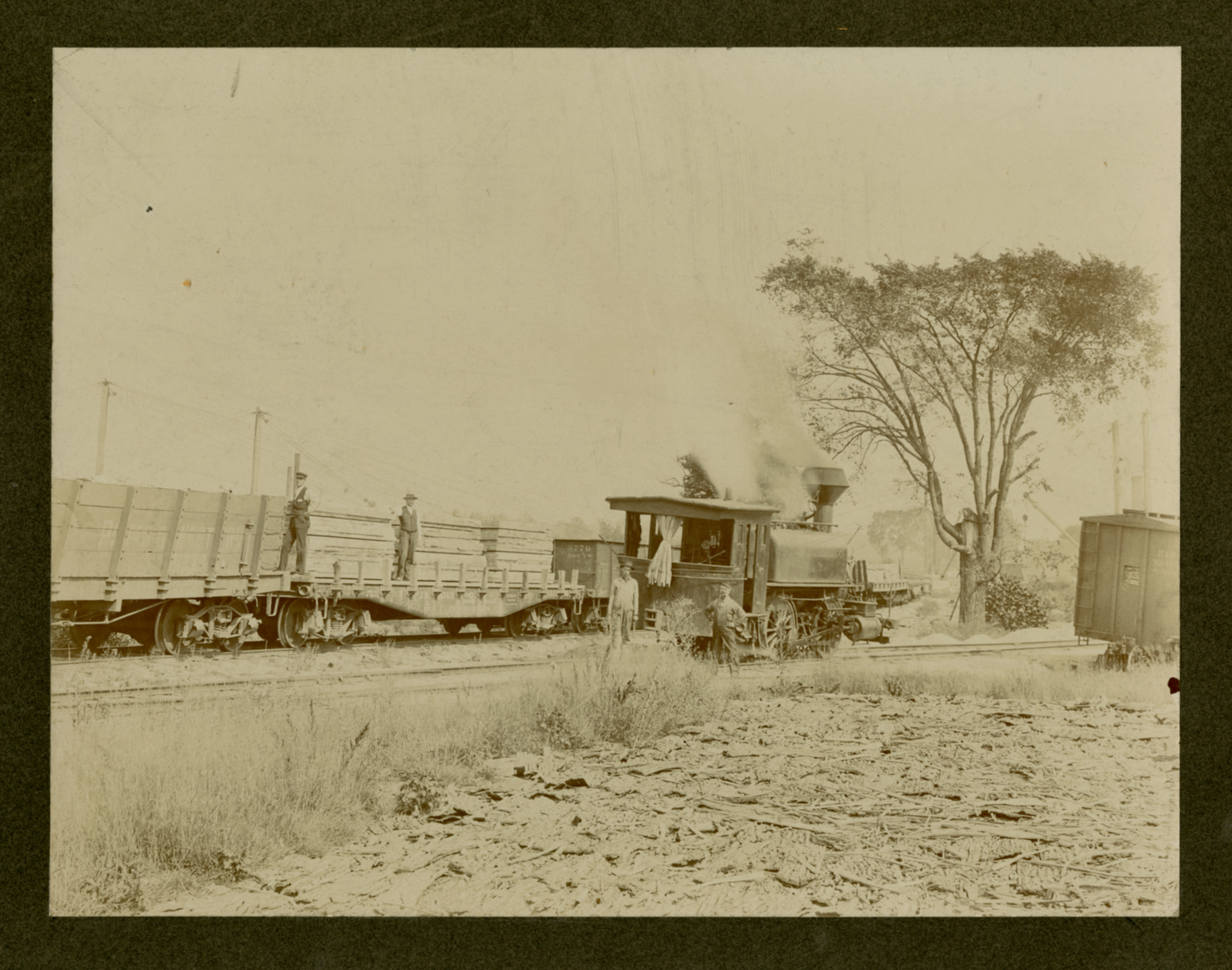 A sandstone grindstone that remains from the Grafton Stone Company at Sheldon Woods. Sandstone remains may be viewed by walking Sheldon Wood's Windfall Quarry trail. 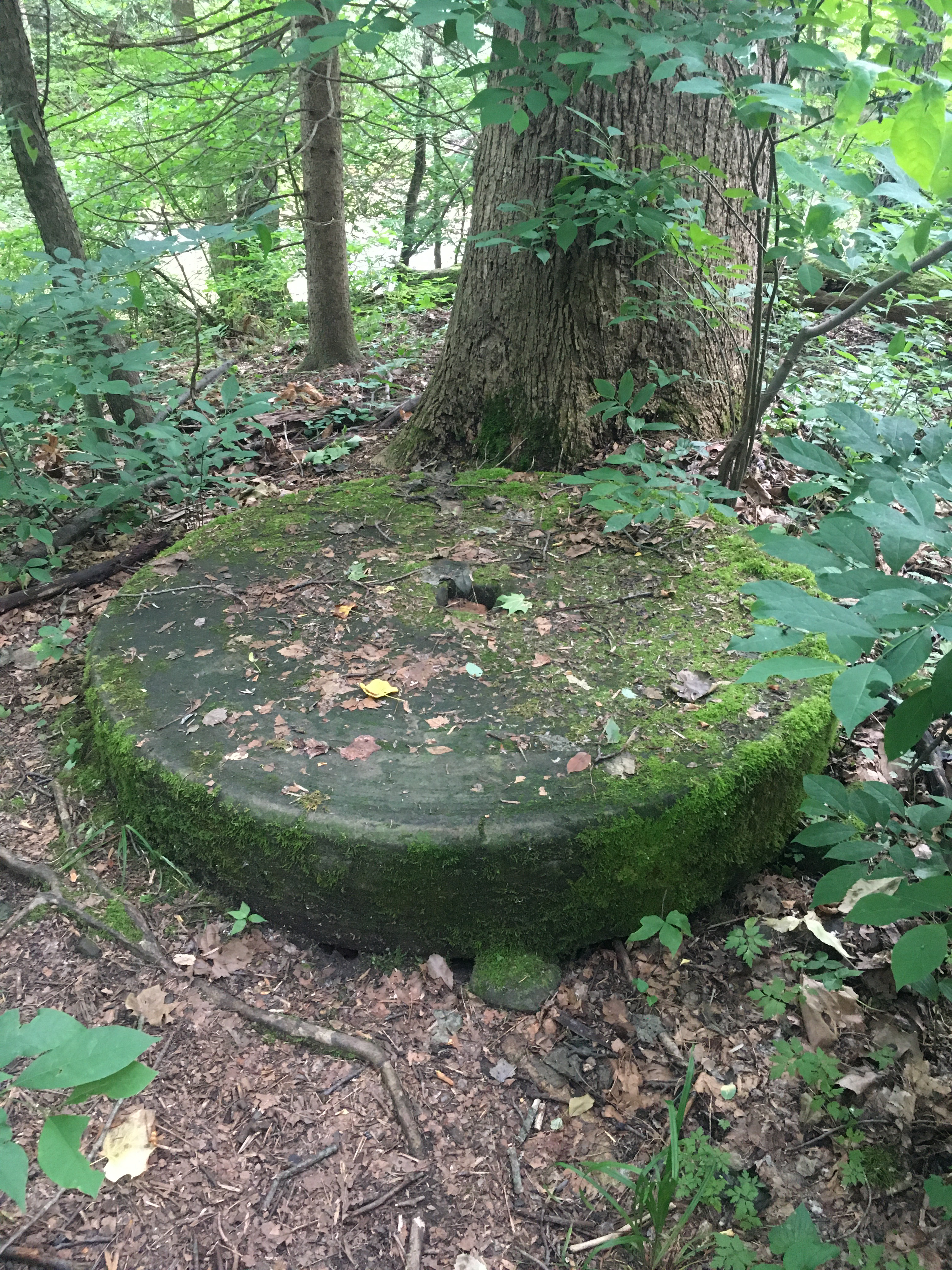 Sandstone grindstones from the Grafton Stone Company that remain in and near the Black River. Sandstone remains may be viewed by walking Sheldon Wood's Windfall Quarry trail. 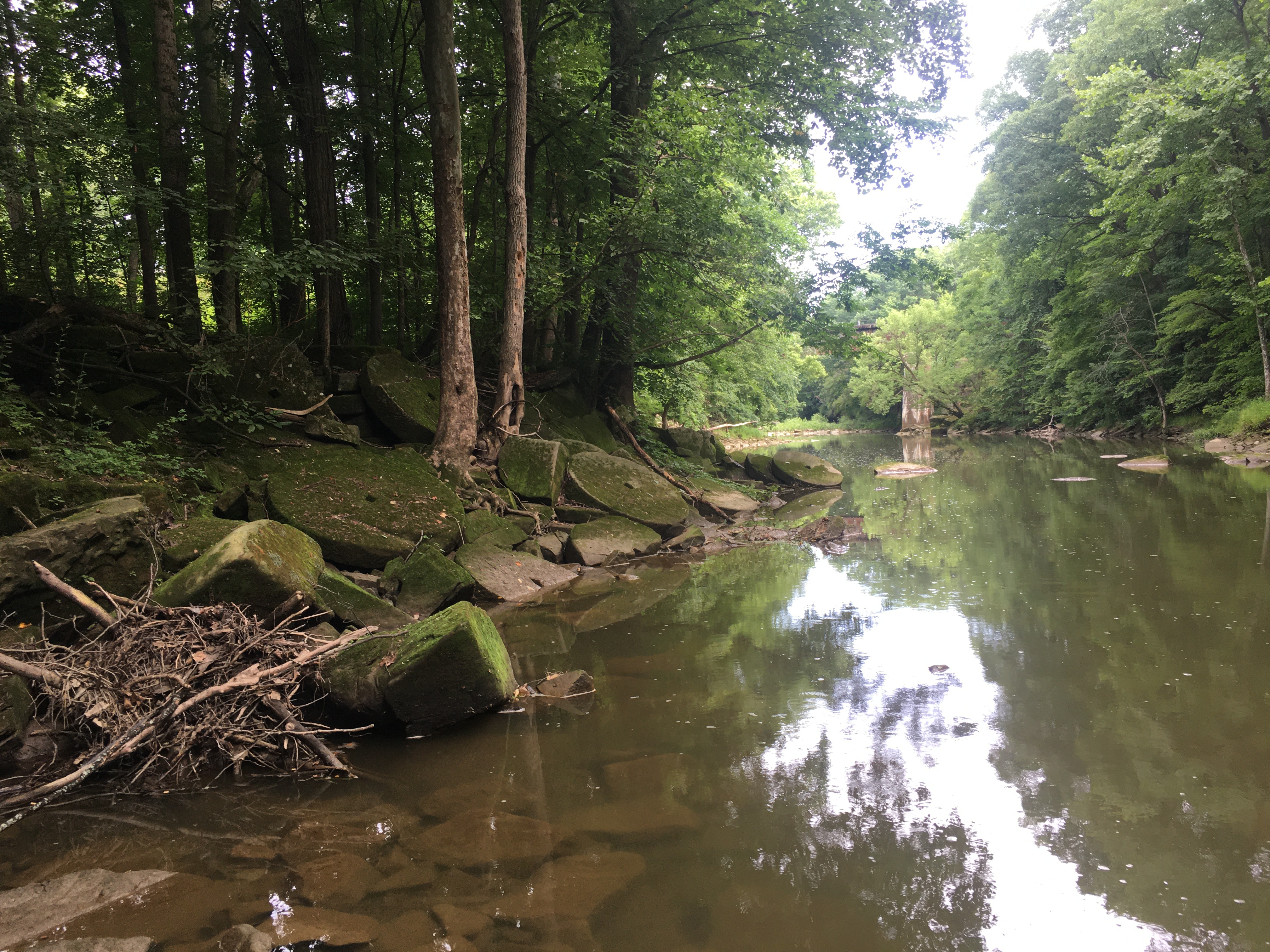 The first quarry established in Grafton was the Black River Quarry, which John Hart founded in 1849 at 19 years old. When W.E. Miller bought the quarry in 1868, he renamed it the Grafton Stone Company though it was sometimes colloquially called the Miller Quarry. By 1879, the quarry employed 40 men who earned a combined payroll of about $1400 and produced primarily grindstones At its height, the Black River Quarry operated an area that spans almost the entire boundaries of Indian Hollow Reservation.

Another major sandstone quarry in Grafton was the Elyria Stone Company, which operated Mussey Quarry in Elyria and a quarry in what is now Willow Park. This quarry had several nicknames such as Willow Creek Quarry (as it sits along a tributary of the Black River) or Rawson Quarry after the Rawson family, who were one of the first settlers of Grafton and owned the land that the quarry sat on. Although the Rawsons owned the land that the quarry sat on, they did not operate the quarry themselves. Instead they rented the land to Amos Tran who operated the quarry – a practice which was common among Grafton’s quarries.

The sandstone produced by these quarries and others in Grafton were used to build local building, bridges, and culverts. With the wealth that the quarries generated, Grafton was able to build railroads with which to ship their sandstone products and fulfill regional demands. For example, the Black River Quarry shipped sandstone as far away as Toronto, Canada. Not surprisingly, Grafton attracted French-Canadian as well as Polish, Welsh, Irish, and German immigrants to work the quarries. With an influx of people to the city, the town was able to open other business and the town thrived.

Most of the land that Grafton’s quarries once occupied is now owned by the Lorain County Metro Parks. At Sheldon Woods, a section of Indian Hollow Reservation Metro Park, the Windfall Quarry Trail takes hikers on 0.93 mile walk where they can walk alongside the Black River and view the sandstone remains of Grafton’s quarries. Please note that this trail is unpaved. Public bathrooms are located at the entrance of the connector trail.

The Village of Grafton. “Community Heritage and Photos.” Accessed June 29, 2022.