Constructed of red sandstone and brick between 1889 and 1991 on the corner of Olive and Tenth Streets in downtown St. Louis, this building was the original St. Louis headquarters of the Bell Telephone Company, serving as its main exchange and largest center in the area from 1891 to 1926. It is probably the first building constructed for the telephone industry in St. Louis, and one of only a few remaining commercial examples of the Richardsonian Romanesque architectural style in the city. It is also one of only a few remaining such buildings designed by the firm of Shepley, Rutan & Coolidge, inspired by the style's creator, H. H. Richardson, and it retains many of its original architectural features. For many years, the structure was owned by the stationery company S.G. Adams, and is thus often known today as the S.G. Adams Building. The building was added to the National Register of Historic Places in August, 1999. 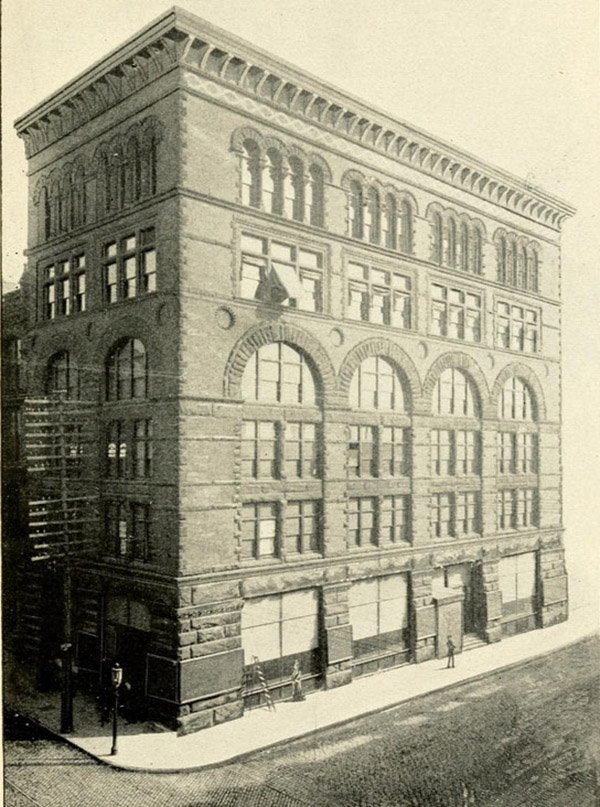 Exterior of the Bell Telephone Building 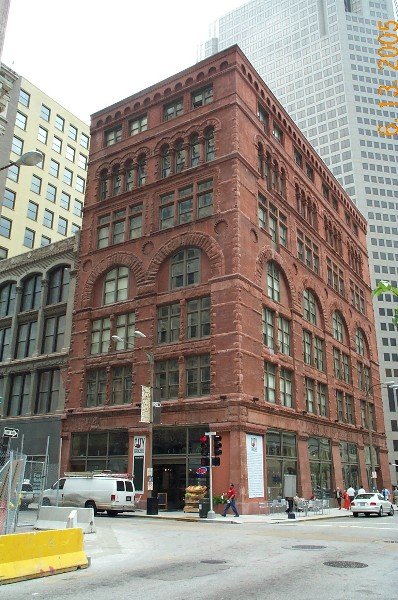 Another view of the building's exterior 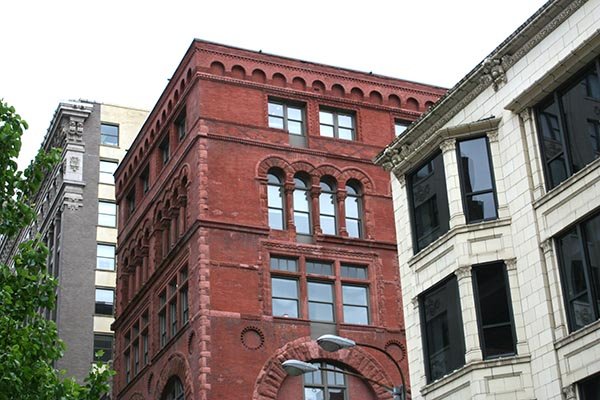 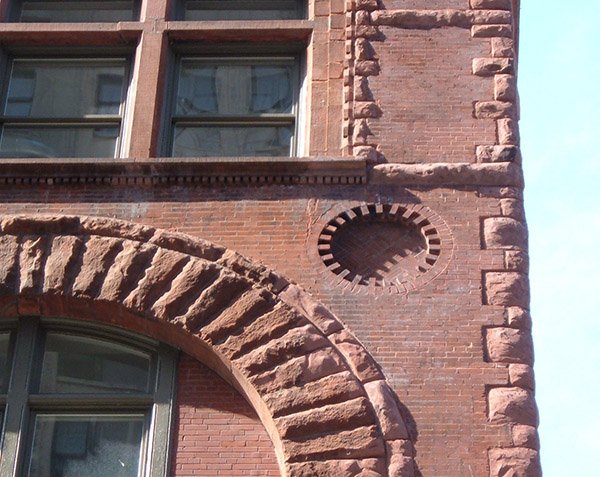 In 1878, the first telephone exchange, using a modified telegraph board to route calls and serving a total of 12 subscribers, was established in St. Louis. In 1885, the exchange's downtown office was destroyed by fire and it was decided to construct a brand new building to house the exchange. The plans of the architectural firm of Shepley, Rutan & Coolidge were accepted; its final costs were about $155,000. The completed building included six floors (rather than the seven originally planned), with the switchboard room located on the entire top floor. Due to expansion, the company added a seventh floor after all in 1919. This floor included a kitchen, dining area and a room with a piano and rugs, which could be rolled up when employees felt the urge to dance.

Between 1917 and 1920, the St. Louis Bell Telephone Company expanded greatly when it merged with three other phone companies serving Missouri, Texas, Kansas, Arkansas and Oklahoma: this system became known as Southwestern Bell Telephone Company. Two more towers were constructed in the city by Southwestern Bell, one completed in 1926 just southwest of the original building, and another tower to the east in the 1980s.

One of America's most significant, though brief, architectural trends in the late 1880s was based on the highly personal style of prominent Boston architect H. H. Richardson. Characteristics of the style include the use of heavy rugged masonry; Romanesque arches or arcades; battered bases offering the appearance of greater mass; compact silhouettes; and carved stone detail, particularly Romanesque or Byzantine motifs. George F. Shepley of Shepley, Rutan & Coolidge, who was a St. Louis native, was Richardson's son-in-law. (In the 1890s, his firm would turn to the increasingly popular Renaissance Revival style.)

Two bays wide at the north (Olive Street) side and four bays wide at the west (Tenth Street) side, the building includes three-story arcades springing from ground-level storefronts. The fifth and sixth floors use progressively smaller windows, grouped at each bay. The addition of the seventh floor in 1919 was constructed in a compatible style and does not obscure the original Richardsonian design. The other major alteration was the addition of limestone sheathing to the first floor in 1940, typical of storefronts in downtown St. Louis. Despite the subsequent modifications, the building retains the architects' essential clarity.

When Southwestern Bell moved out of the building, ownership was taken over by the S.G. Adams Printing Company, which began in the 19th Century as an office supply company and later became the first manufacturer of license plates. (They were also the first license-plate company to make use of the Federal prison system to employ its inmates to manufacture its products.) In 1959, Comfort Printing and Stationery purchased S.G. Adams, but retained the name. This company went bankrupt in 2001. The vacant ground floor was then occupied by City Grocers in 2004, which closed in 2010. The upper floors have been renovated as the Bell Lofts apartments.