The second location for Sumner High School, the first public institution for the education of Black Americans west of the Mississippi. The second location was in the Mill Creek Valley neighborhood from 1894 until the early 20th century before moving to the Ville neighborhood. The school has had many locations before settling in the Ville. The school resided in a former school on Eleventh and Spruce used by the city as designated for St. Louis’ Black residents before moving to Fifteenth and Walnut. Sumner High school, as an institution, is a representation of the work done by Black St. Louis and abolitionists and their struggle for equality in education on civil rights. 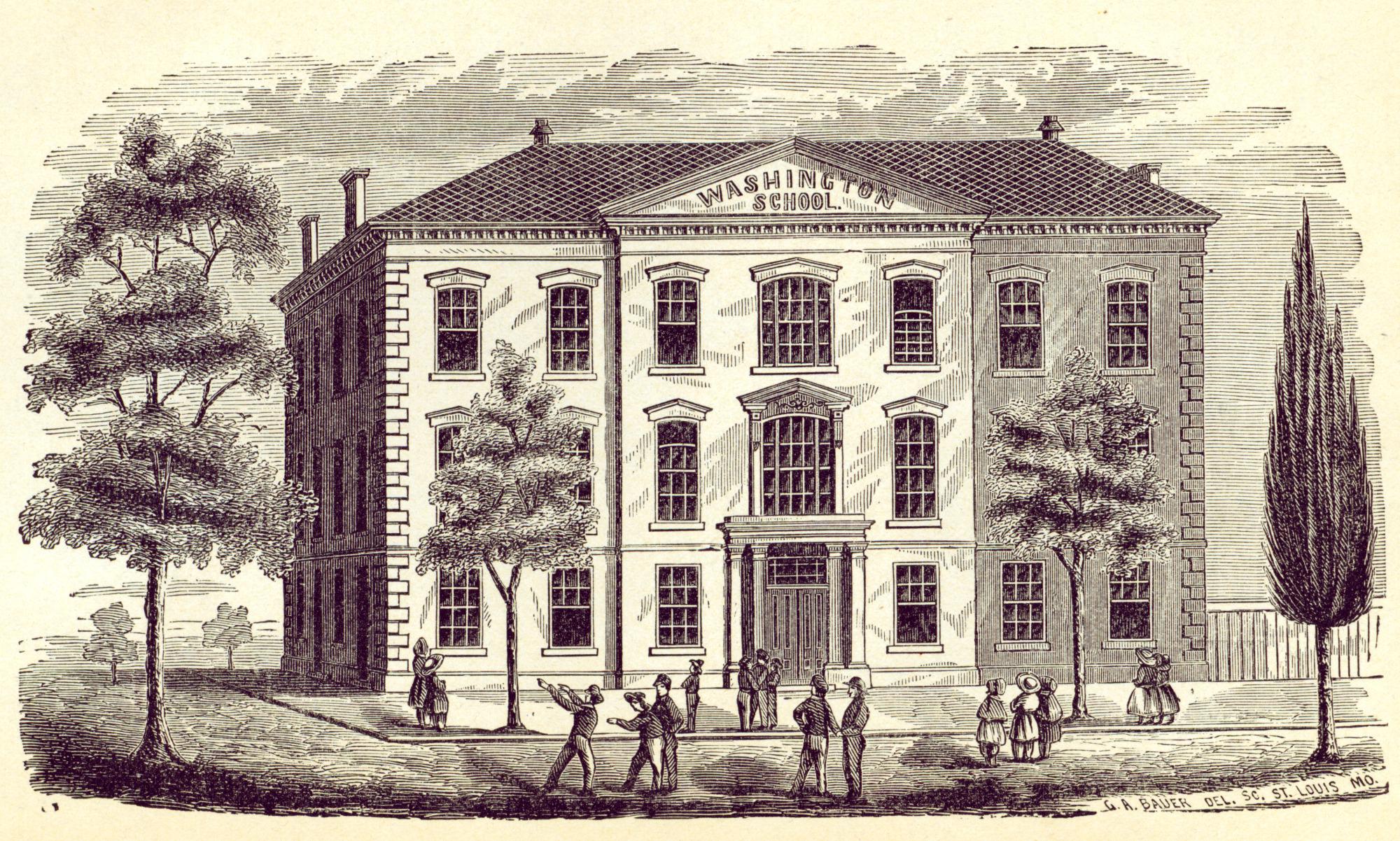 Named after a Republican senator from Massachusetts who served during the Civil War and was an ardent worker for the education of Black Americans during the 19th century, and also one of the first to advocate civil service reform. The institution was the first public school west of the Mississippi River to educate Black Americans. Sumner High School's multiple locations represent the long struggle for education in the state of Missouri beginning before the Civil War. Former Sumner High School locations were at Eleventh and Spruce as well as Fifteenth and Walnut. Both were located in the city center of a bustling and vibrant center of the local economy. Students traveled from all over to attend Sumner High School as it was the only place for Black St. Louis citizens to get an education. The school had 210 pupils with 27 graduates for the 1894 until 1895 school year.

Sumner High School was not always just a high school. The school initially educated all students of various ages and grade levels, servicing the entire Black community of St.Louis. It functioned mostly has a grade school. It educated its students based on their needs. It gave them a place to grow and strive towards an education

equal to their white counterparts. Similar to the philosophy of W.E.B Dubois and the idea of the "Talented Tenth." The idea that the likelihood of one in ten Black men becoming leaders of their race in the world by continuing their education and, in turn, they will become directly involved in social change.

The school's original location and then the second location at Fifteenth and Walnut were picked because of their closeness to the Black population in St. Louis at that time. Located near the riverfront that was also the center of industry and commerce in the city. Has the city grew, the area near the river became crowded as recently freed slaves migrated north from the deep south.

The Sumner school educated students from across the city at one central location. As the area around the area became more packed, wealthier Black residents moved away from the riverfront to the Ville. The students had to walk past the gallows and saloons to get to class the after multiple petitions from the community they moved the school from Eleventh and Spruce before moving to Fifteenth and Walnut near the Mill Creek Valley. The second location at the Mill Creek Valley was a temporary location as the school board of St. Louis worked with residents to build a new site for the school.

Teachers at Sumner were all white until 1877, when a special effort was made at the request of the Black community in St. Louis to bring more Black teachers to Sumner. The need, in fact, for all the Black schools gave a push for there to be an established Normal school. The Normal School was established at Sumner in 1890 "to provide Sumner with High School graduates special preparation for the work of teaching, At the end of the school year of 1890-91, fourteen women received the Normal School diploma. The connection between Sumner High School and the Normal School established 1890 would continue until the mid 20th century when the Normal school was disbanded after the Brown v. Board of education decision of 1954.

With continued pressure by the members of the community, Sumner continued to grow and develop into one of the best ranked public schools for Black students during the 20th century. It moved to 4248 Cottage Avenue St. Louis, MO 63113, in the Ville neighborhood in 1908 and featured famous alumni like Arthur Ashe, Chuck Berry, and Tina Turner. (See Sumner High School). It was the only secondary school for Blacks in St. Louis until 1927, when Vashon High was opened as the population increased. More students move around the city, making it difficult for students to all be located in one place.