Christ Church Cathedral is an Episcopal church which was constructed at its present location beginning in 1859, with the opening service held in 1867. (The eight-year delay was primarily due to the Civil War.) It was designed by New York-based architect Leopold Eidlitz in the Gothic Revival style, emulating the style of the English 14th Century. It is constructed in a cruciform (i.e., cross-shaped) plan and is made of Illinois sandstone; a tower and porch made of Indiana limestone were added by 1912. The interior of the cathedral is most renowned for four features: the steel church bells, dating from 1912; the large combination pipe and electronic organ, built in 1965; its imposing stained-glass windows; and the sculpted wall rising over 30 feet behind the main altar, called the reredos. The cathedral still functions as a local parish, as well as a diocesan seat. The structure was listed in the National Register of Historic Places in 1990. 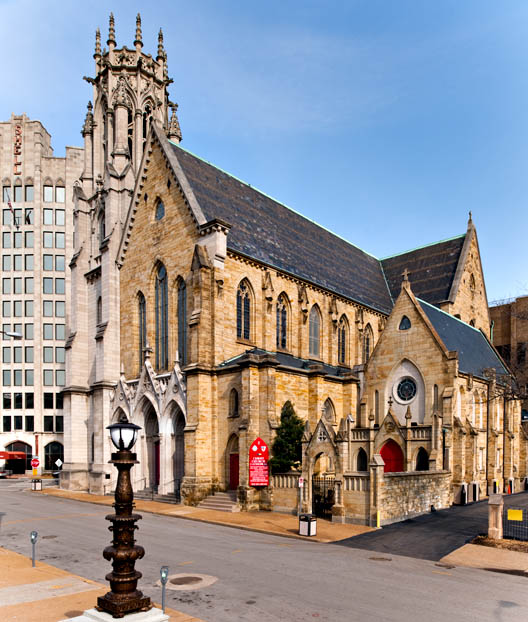 A view of the cathedral's choir and church organ 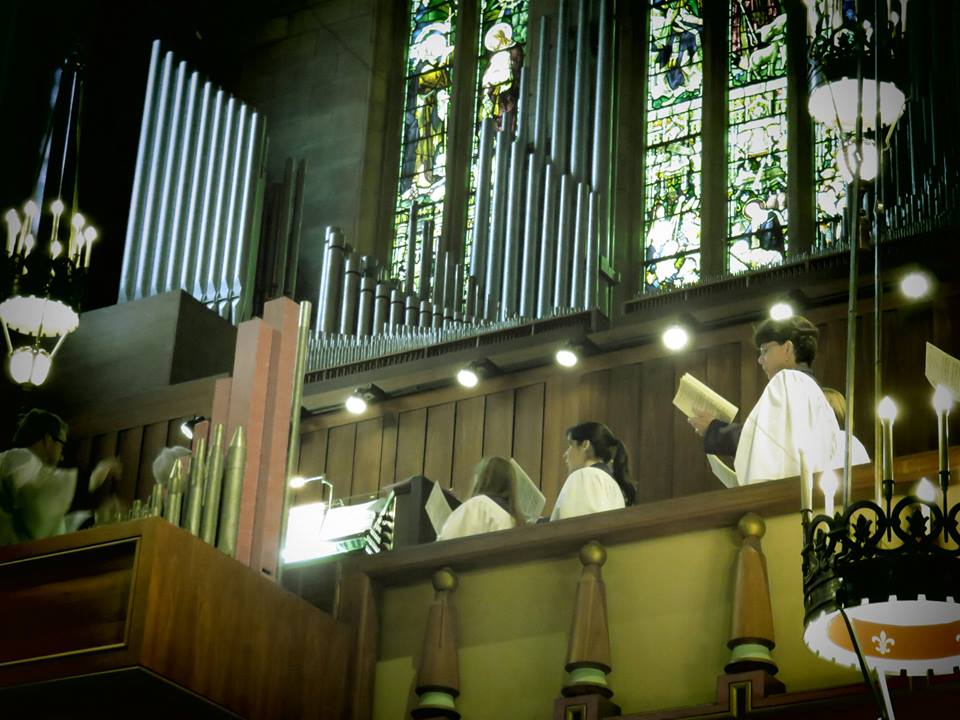 A view of the cathedral's reredos, with rock instruments (from a recent performance) in the foreground 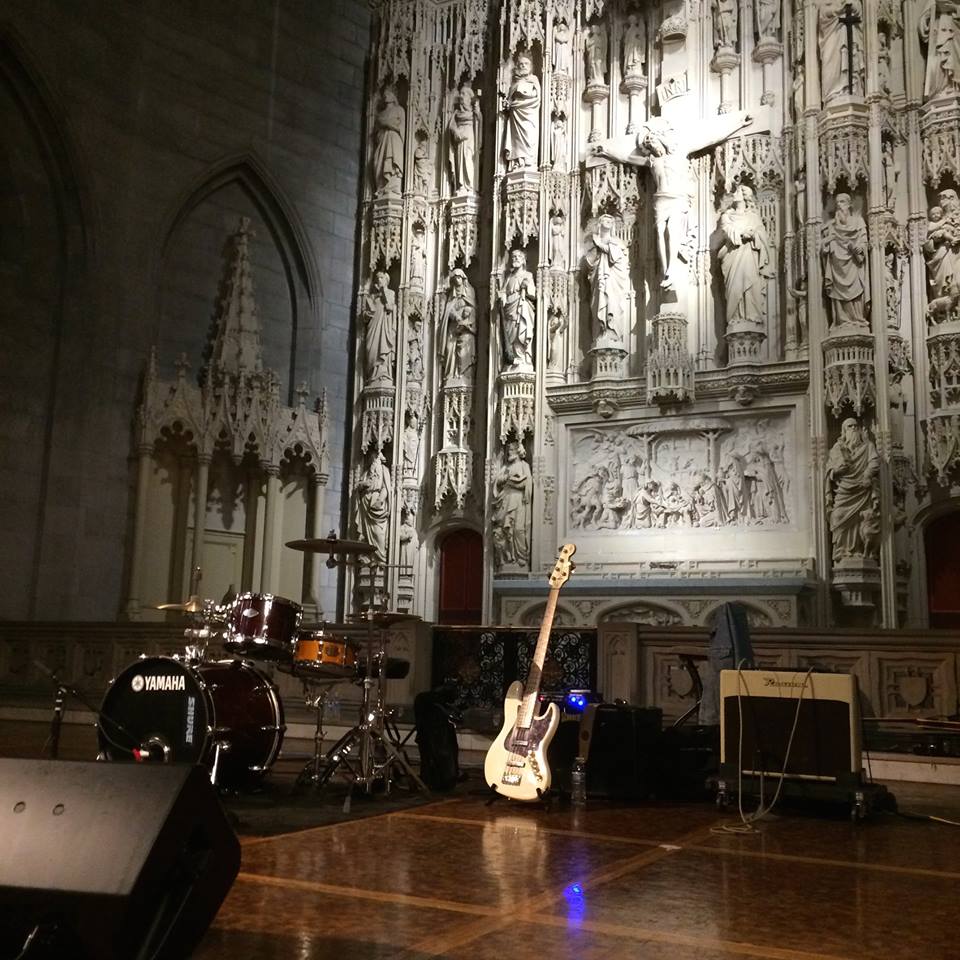 The Christ Church Episcopal congregation, consisting of 26 people, was formed in 1819, four years before St. Louis was chartered as a city. The first Christ Church was constructed ten years later, at the corner of Third and Chestnut. A decade after that, the congregation moved to a church two blocks away, at Fifth and Chestnut. However, due to the rapid growth of the congregation in the middle of the 19th Century, the organization purchased land at the corner of 13th and Locust for a new, larger structure. Designs for a Gothic cathedral and cost estimates were requested of four distinguished architects: Leopold Eidlitz of New York, John Notman of Philadelphia, Calvin N. Otis of Buffalo and Richard Upjohn of New York. The design created by Eidlitz, a Prague-born architect trained in Vienna, was the one approved in July 1959, and construction was begun soon afterwards. However, the church's timing was poor, as within two years the Civil War began, so that men, materials and money suddenly became very scarce. Consequently, several features of the original design, such as a tower and rose window, had to be abandoned. The opening service was held on Christmas Day, 1867. The church became the cathedral of the Diocese of Missouri in 1888.

The church has been described as, "Fourteenth century Second Pointed or Early English Decorated, and the plan is cruciform, with shallow transepts and apsidal chancel." The original nave was 121-feet long. There are galleries in the north and south transepts. A new tower, designed by Kivas Tully, as well as large, steel-cast silver bells that were cast in a German foundry, were dedicated in 1912. The Bishop Tuttle Memorial Building, designed deliberately to harmonize with the design of the main church, was constructed in 1927-1928, and contains parish offices, a bookstore and a homeless shelter. The reredos behind the altar, carved between 1909 and 1911 from cream-colored stone, comprises 52 religious figures and biblical scenes. Its sections were shipped to the cathedral in 230 cases. The church was designated a National Historic Landmark in 1994.

The original stained glass windows, executed by Owen Doremus of Montclair, New Jersey, were described in 1867 as "of the most gorgeous colors and truly artistic in design and workmanship." (Some replacement windows were added in the late 19th and early-to-mid 20th Centuries.) The church is a frequent venue for musical performances. The church organ, which contains over 5000 pipes, is a combination pipe and electronic organ of the Aeolian-Skinner type. The long-running Shepley Concert Series currently held at the church is described as, "Promoting aspiring and established musicians, artists and actors through concerts, exhibits and theater at Christ Church Cathedral in downtown St. Louis for over one hundred years."