The Peabody Opera House, formerly known as the Kiel Opera House, is a historic performing arts center in St. Louis, Missouri. The 3,500-seat complex was built in 1934 and originally was named the Municipal Auditorium. Over the next six decades it hosted many notable events including a campaign rally for President Harry Truman and concerts by the Rolling Stones and Frank Sinatra's Rat Pack. The Opera House closed in 1991 and sat idle for two decades. It reopened as the Peabody Opera House in 2011 after a $79 million restoration. Today the Opera House hosts concerts, musicals, lectures, and comedy acts.

Reopened following a $79 million restoration in 2011, the Peabody Opera House today hosts a variety of events. Image obtained from mydivineevents.com 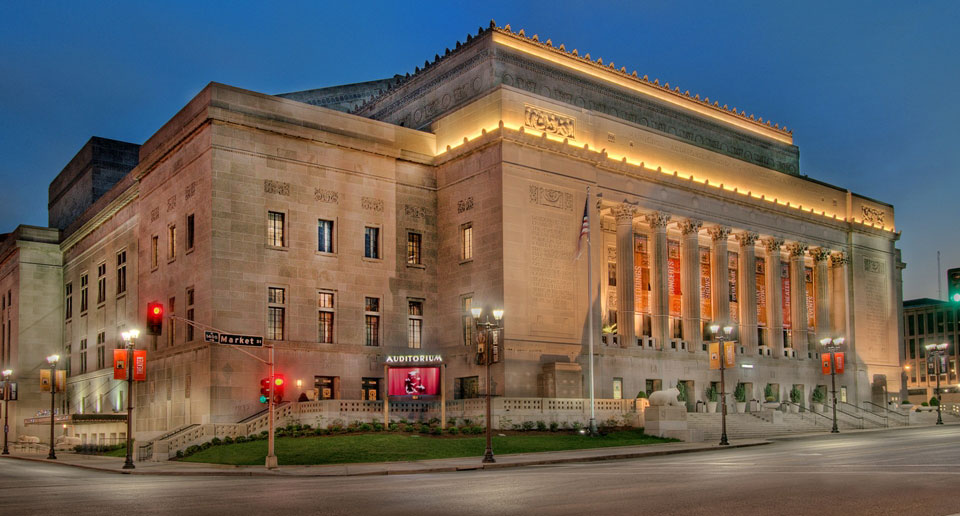 The Grand Lobby of the Peabody Opera House. Image obtained from yogawithdonnarae.com. 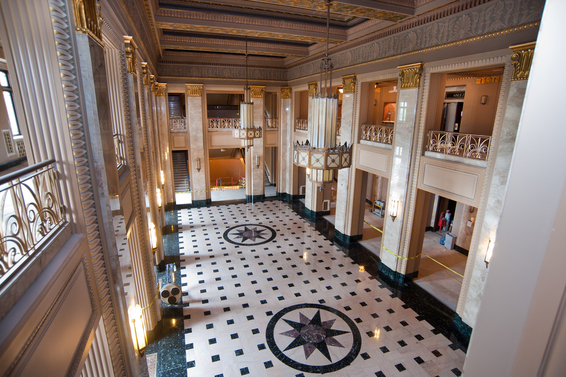 The auditorium of the Peabody Opera House. Image obtained from Flickr. 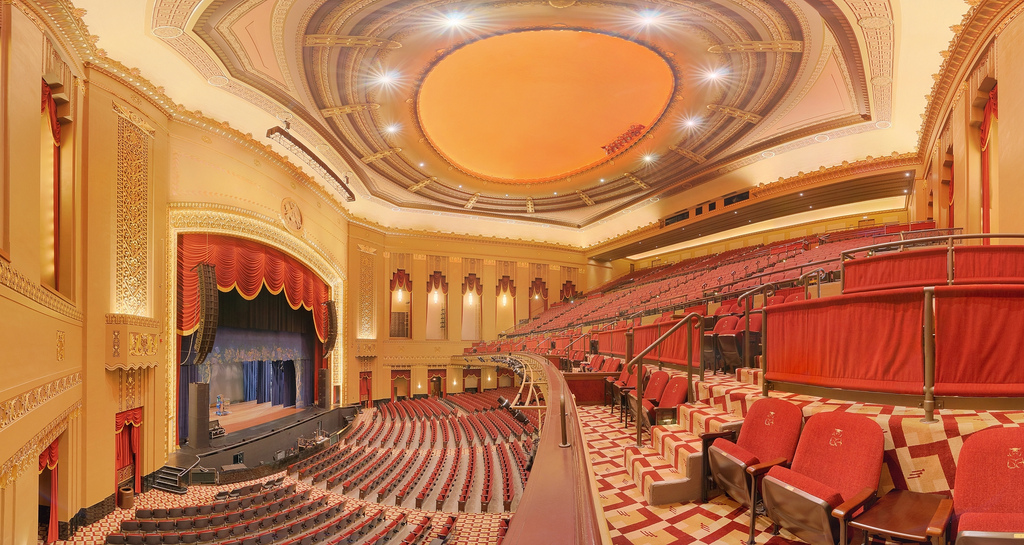 The Peabody Opera House is well known for its bear statues, which have since been incorporated into the Opera House's new logo. Image obtained from photoshelter.com. 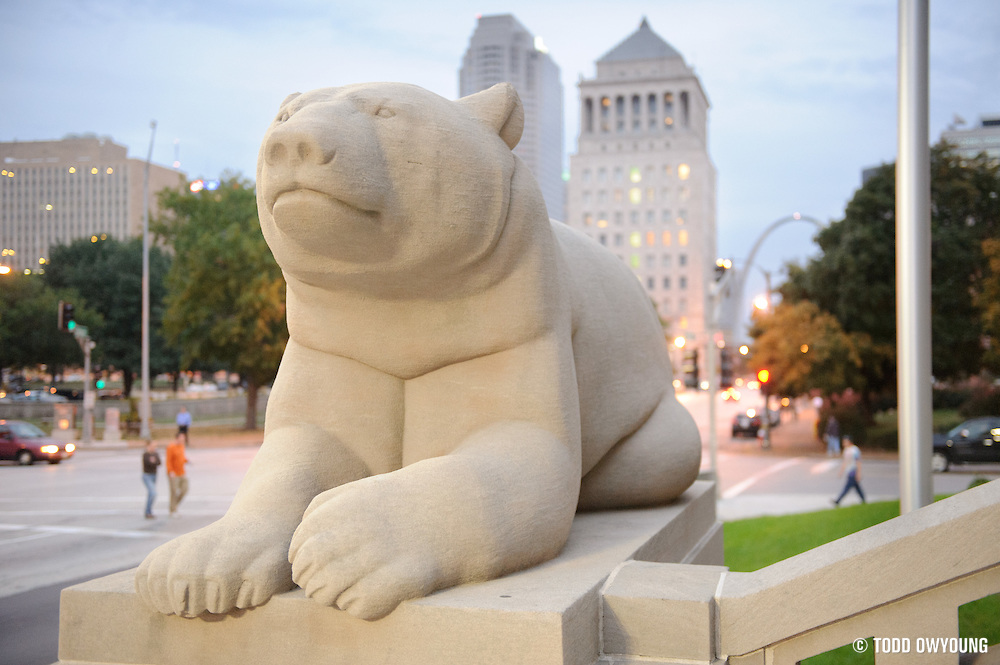 Development of the Opera House began in 1923 when St. Louis voters approved a massive $87.4 million bond, the largest bond in the nation at that time, to modernize the city with projects including a Municipal Auditorium complex. The complex opened in 1934 and included a 3,500-seat opera house and a 9,300-seat convention hall. The first performance held in the auditorium was a production of the opera Aida, on April 21, 1934. Many of the events from the Opera House’s early days included operas, musicals, symphonies, and performances from local acts. In 1943 the Municipal Auditorium was renamed the Kiel Opera House, and the Convention Hall renamed the Kiel Auditorium, after former mayor Henry W. Kiel, who had spearheaded the project to build the complex.

The Kiel Opera House hosted many notable celebrities during its heyday. On October 30, 1948, President Harry Truman held his last campaign speech, just four days before winning reelection. On June 20, 1965 Frank Sinatra, Dean Martin, and Sammy Davis Jr. held a benefit concert broadcast on closed-circuit television, and hosted by Johnny Carson. On July 11, 1978 the Rolling Stones held a highly-anticipated concert in the Opera House; tickets had sold out in seventy-five minutes following a single radio advertisement. There were performances by other major entertainers such as Duke Ellington, Ella Fitzgerald, Louie Armstrong, Bob Hope, Johnny Cash, Judy Garland, Benny Goodman, Ray Charles, Elvis Presley, Bob Dylan, Billy Joel, Bruce Springsteen, and The Eagles. From 1934 to 1968 the Opera House was the home of the St. Louis Symphony Orchestra. It was also used for graduation ceremonies for an estimated 400,000 high school and college students in the local area.