Basilica of St. Louis, King of France - The Old Cathedral

The Basilica of St. Louis King of France, affectionately known as the Old Cathedral, was the first cathedral west of the Mississippi River and until 1845 the first and only parish church in the city of St. Louis. The church was founded in 1770. It sits just west of the Gateway Arch and is surrounded by the Jefferson National Expansion Memorial grounds. It is the oldest building still standing in the city of St. Louis that remains in the hands of its original owner. 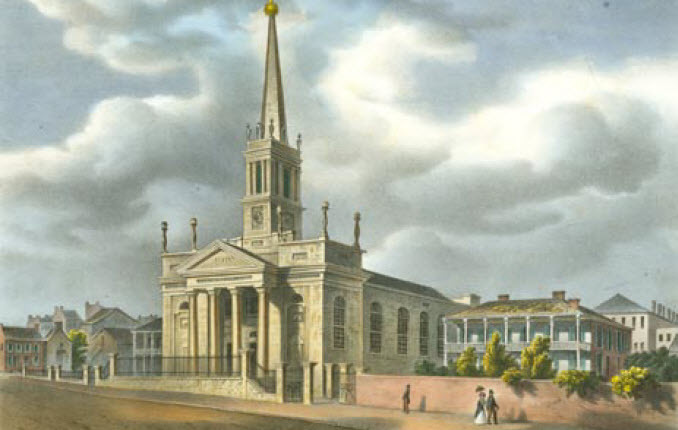 The Old Cathedral today, beside the Gateway Arch. The front of the church has inscriptions in both Latin and Hebrew. Image obtained from Flickr. 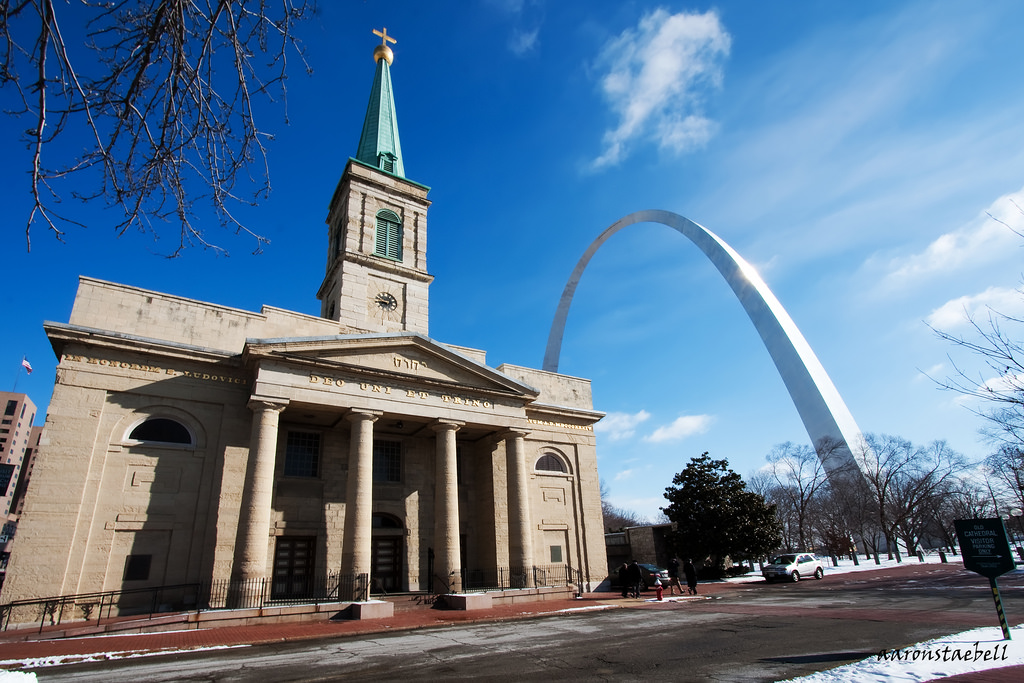 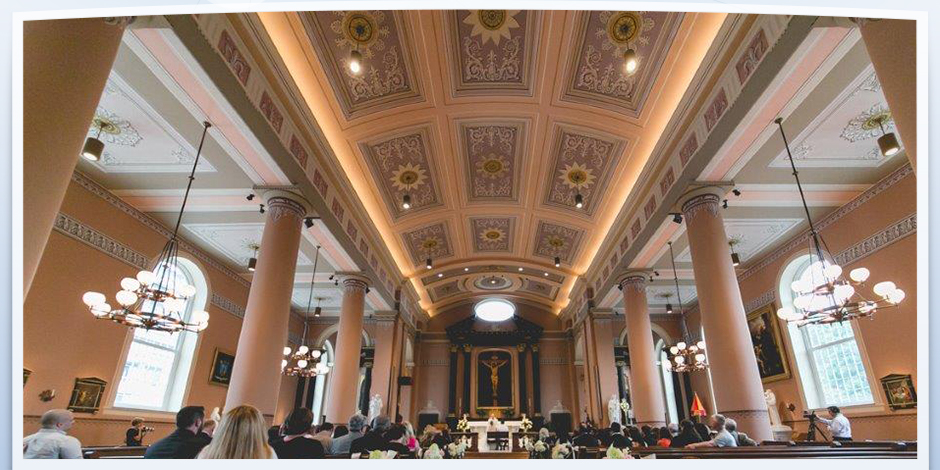 In 1764 a log structure was built in present-day St. Louis to serve as a Catholic church. For many years it was the only church in the area. The church, like the rest of the city, was named St. Louis after King Louis IX of France, a Catholic saint. In 1776 a larger church was built to replace the original. It was at this church that Sacagawea's son, Jean Baptiste Charbonneau, was baptized. In 1826, St. Louis became a diocese, and, the following year, Bishop Joseph Rosati became the first bishop of the Diocese of St. Louis. The present-day stone cathedral church was built in 1834. Designed by Morton and Laveill, construction costed over $63,000. It became the first Catholic cathedral west of the Mississippi.

Church membership continued to grow and in 1914 it was replaced with the construction of the Cathedral Basilica of St. Louis in the Central West End neighborhood of St. Louis. The 1834 church remained popular however and became known as the "Old Cathedral." It was the only building in the neighborhood to be spared demolition for the creation of the Jefferson National Expansion Memorial in 1959. In 1961 Pope John XXIII officially designated the Old Cathedral as a basilica, naming it the Basilica of St. Louis, the King. It was also added to the National Register of Historic Places.

The Old Cathedral most recently underwent a massive $15 million restoration, the first since 1959. The renovations included restoring the interior to its nineteenth century appearance. Today the church continues to hold regular services and can be booked for weddings. It also has a museum containing items relating to the Catholic history of St. Louis.