The Wainwright Building at 709 Chestnut Street is a 10-story, steel frame, red brick office building constructed in 1890-1891 and still operational today. It was designed by the distinguished American architect Louis Sullivan in collaboration with his partner Dankmar Adler. It was built for a wealthy St. Louis brewer, Ellis Wainwright, and named for him. Though not, of course, especially tall by today's standards, the building was one of the first American skyscrapers and was one of the reasons Sullivan came to be called "The Father of Skyscrapers." It was in an article describing this building and his artistic intentions for it that Sullivan coined the famous phrase "form... follows function." The building has received widespread critical and popular acclaim since it was first constructed and it has been called a "highly influential prototype of the modern office building." Sullivan's protégé, Frank Lloyd Wright, said that it was "the very first human expression of a tall steel office-building as Architecture." It was added to the National Register of Historic Places in May 1968, and is currently owned by the State of Missouri.

The Wainwright Building, seen from the front 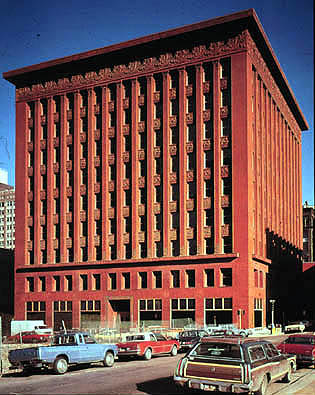 The Wainwright Building, seen from the side 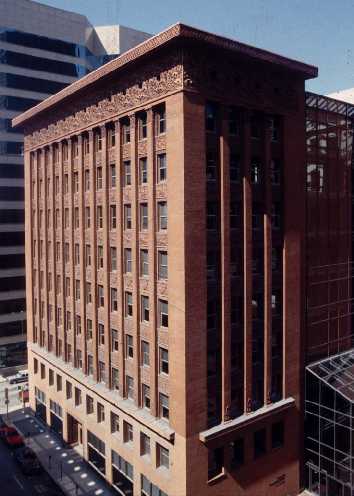 A detail of the cornice of the Wainwright Building 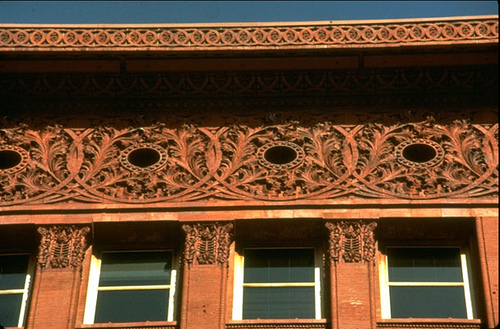 A detail of one of the spandrels of the Wainwright Building 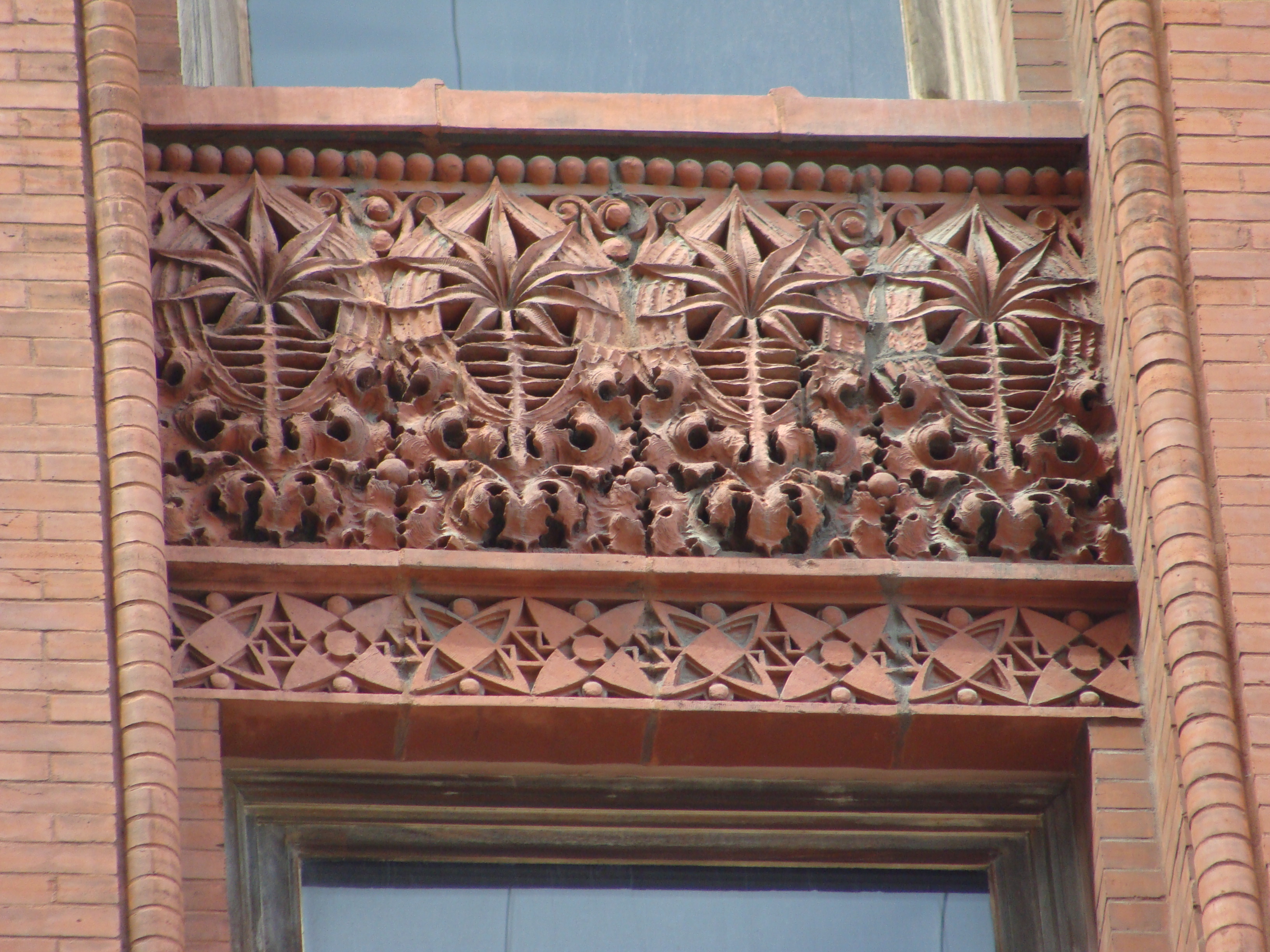 Ellis Wainwright inherited from his father, an English immigrant, a successful brewery business whose profits he promptly doubled. He bought out many small breweries in the area and became president of the St. Louis Brewers' Association, as well as one of the most prominent businessmen and financiers in St. Louis of his day. Wainwright's mother, Catherine D. Wainwright, bought the empty lot at the corner of Seventh and Chestnut for $127,000 (a vast sum at that time) to construct an office building, and her son joined the project. He hired the Chicago-based architectural firm of Adler & Sullivan to design it.

Louis Sullivan, who had already created Chicago's 10-story Auditorium building, wished to create a new structure that cast aside all European-influenced precedent for such buildings. He breathlessly wrote that the skyscraper, "must be tall, every inch of it tall. The force and power of altitude must be in it the glory and pride of exaltation must be in it. It must be every inch a proud and soaring thing, rising in sheer exultation that from bottom to top it is a unit without a single dissenting line."

His design stressed the verticality of the building, but it was also unique in that its exterior reflected the functions of its interior. The first floor was to contain shops and therefore included ample openings from the street. The second floor – for public offices such as banks and ticket offices – was accessible by stairs from the first floor. The next seven floors would contain offices with identical windows: "cells in a honeycomb," Sullivan called them. The top floor, which was for the building's machinery and water tank and was thus not open to the public, was to be adorned with a foliage frieze and small, round, "bulls-eye" windows.

Thus, the entire building (floors one and two, floors three through nine, and the top floor) forms a tripartite structure, on the model of a columnn (base-shaft-capital). Each of the three parts is separated by a wide ledge clearly visible from the street. In an 1896 article, Sullivan justified this "transparent" design with the phrase, "Form ever follows function."

Even more impressive than the basic design is the building's ornamentation. Sullivan designed thin, vertical piers to connect the base to the wide cornice at the top. Between these piers, above and below the windows, he created elaborately-designed spandrels to unify the building horizontally. Each floor's spandrels has a different design, repeated between each set of piers. According to one source, Sullivan "managed to do what no one else had accomplished: provide a paradigm for attaining visual unity in the tall building."

Ironically, Ellis Wainwright, after whom the building was named, was a rather disreputable figure. In 1904, he was condemned in Lincoln Steffens book, The Shame of the Cities. Accused of bribery, he lived high in Europe until the main prosecution witness died off, then, when the charges were dropped, he returned home. After disinheriting his adopted daughter, the sick and elderly Wainwright became such a Howard Hughes-like recluse that when the maids at his hotel came to clean his rooms, he moved ahead of them from room to room, so that he could not be seen. He died in 1924, the same year as Louis Sullivan. His misdeeds are now forgotten, but two great architectural monuments in St. Louis bear his name: the Wainwright Building and Wainwright's Tomb (also designed by Sullivan), where he and his wife lie buried.