Designed and constructed in 1925 by McWethy and Greenleaf for Robert Howden, the Howden Building is a commercial structure with intricate Spanish Baroque/Moorish ornamentation. His company, Robert Howden and Sons, occupied this building and sold mantels, grates as well as floor and wall tiles. The Howden family business operated in the building from 1925 to 1927, when the company moved to a location in Piedmont. Today, the building lives on as a space for the Spice Monkey Restaurant, a beauty salon, a bookstore and a psychic reading office on the first level.

A shot of the building's entranceway. 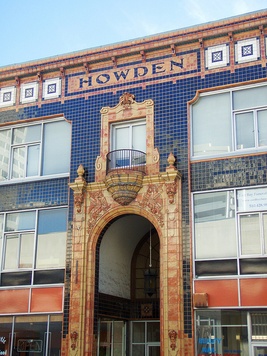 A black and white photo of the Howden Building. 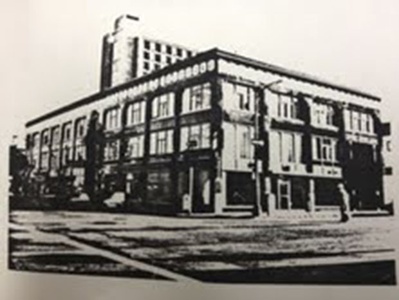 There is some evidence to suggest that the family business did not actually move from this building in 1927 but was instead renamed, causing the confusion. Mr. Howden Senior retired in 1927 but it is possible his sons renamed the business but continued trading. In 1938, James Rolph III, candidate for lieutenant governor and son of a former governor of California and mayor of San Francisco, used the building as his Alameda County campaign headquarters.

More recently the building has housed the Howden Market, a market-deli-cafe serving fresh local produce, organic groceries and carryout foods. The owners of Spice Monkey next door renovated the vacant space and are stocking the store with home-made sauces from the restaurant as well as dips, teas, and spices.

The building was designated as a city of Oakland landmark in 1984.