Listed on both the National Register of Historic Places and as a California Historic Landmark, the Cathedral Basilica of St. Joseph began as a humble Franciscan adobe church in a Spanish civilian settlement, Pueblo de San Jose de Guadalupe. Due to earthquakes and fires, a total of four St. Joseph's buildings have stood on the site, including the present cathedral, which dates to 1875 [1; 2; 3].

Drawing of St. Joseph's by its architect, Brian Clinch, 1875 (image from the National Register of Historic Places) 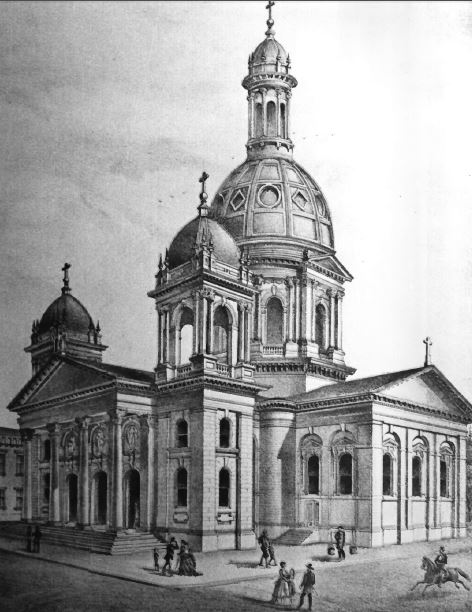 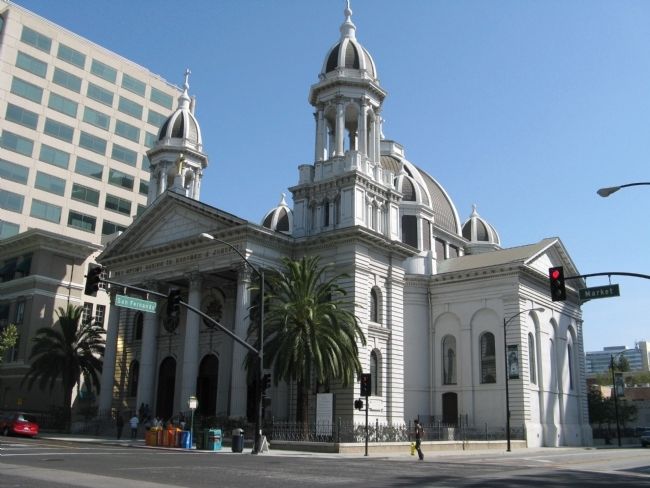 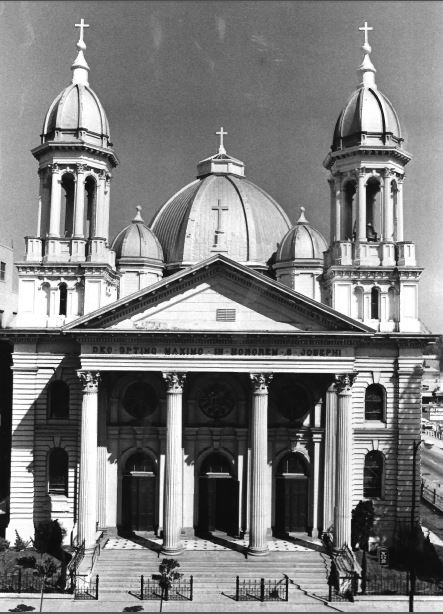 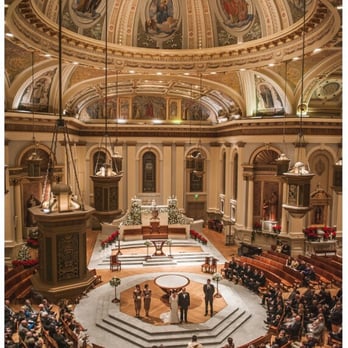 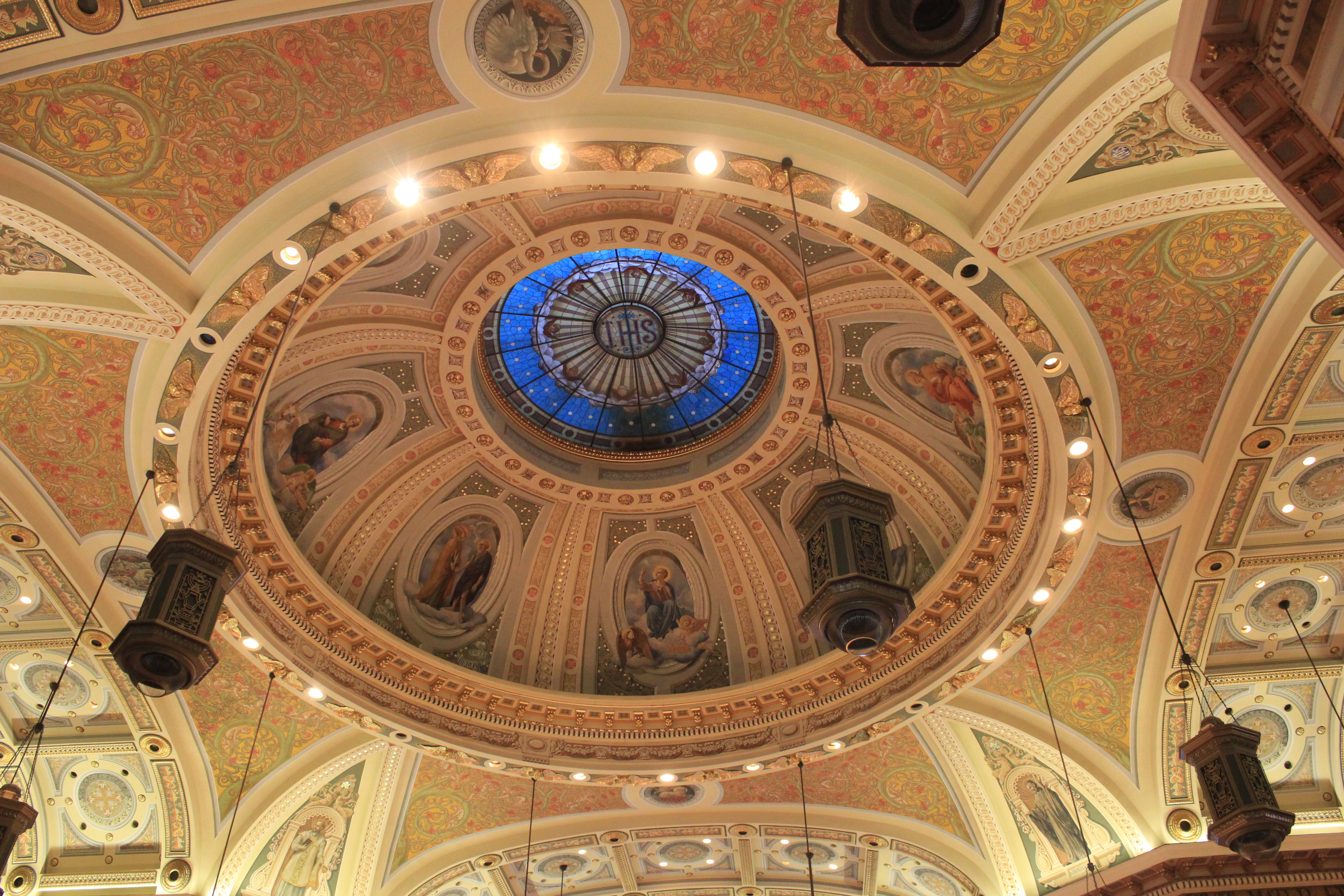 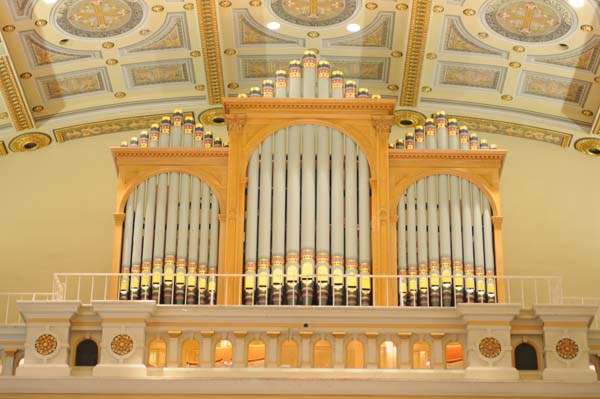 The Cathedral Basilica of St. Joseph, or St. Joseph's Church, can trace its history back to 1803, when an adobe building on the site was erected for the first permanent, non-mission Catholic congregation in the state of California. The parish was initially administered by Franciscans (1803-1851). At that time, the church site, on land donated by Antonio Sunol, stood near the town plaza of the Spanish civilian settlement Pueblo de San Jose de Guadalupe (of which today's Plaza de Cesar Chavez was a part) [1; 2; 3]. In 1845, a new adobe church replaced the first, which had been damaged in earthquakes in 1818 and 1822. The second adobe, which saw the shift from Franciscan to Jesuit administration (1851-1992), suffered the same fate as the first building in the 1868 Hayward earthquake, and was replaced the following year with a wooden church which burned down only six years later. For two years, the congregation met in a temporary building off-site, while architect Bryan J. Clinch designed the fourth and current St. Joseph's and construction began [2; 3]. On March 19, 1876, the feast day of St. Joseph, the cornerstone was laid, and in April of the following year the church opened in a dedication ceremony performed by Joseph Alemany, Archbishop of San Francisco [2].

Nine years later, with the addition of the portico and completion of the dome, the General Grant Classical style St. Joseph's Cathedral was finished [1; 2]. In 1886, the Odell Tracker pipe organ was added to the church, where it is still in use today--only one of four in the United States and the only Odell in working condition on the West Coast. Thirty-six of the cathedral's stained glass windows were installed between its opening and 1920, the earliest two having been made in Italy and sixteen more crafted in Bavaria [2]. The 1906 earthquake caused damage to the architectural detailing and interior furnishings, and the 1920s saw refurbishing and an art enhancement program at St. Joseph's, including the aluminizing of the copper domes, which now appear silver. Further restoration was required when, in 1952, structural issues were discovered, and again in the 1980s after the Diocese of San Jose was established; by the end of the decade, St. Joseph's was its designated cathedral [1; 2]. Due to these renovations and its historical and architectural significance, the cathedral was elevated in 1997 to a minor basilica by Pope John Paul II, as well as receiving status on the California Historical Landmark an the National Register of Historic Places [2].