Three years after a failed attempt to capture Charleston, South Carolina in 1776, Lieutenant General Sir Henry Clinton began making plans to invade the Southern colonies. In February of 1780, Clinton managed to land a small diversionary force in Georgia before sailing with the bulk of his forces to Edisto Inlet, approximately 30 miles south of Charleston. With the help of Lieutenant Colonel Banastre Tarleton's attack on Brigadier General Isaac Huger's men on April 14, Clinton's forces had trapped the Americans. On April 21, Major General Benjamin Lincoln met with Clinton and offered to evacuate the city under the agreement that his men were allowed to depart. Clinton refused Lincoln's request and began firing artillery until Lincoln's surrender on May 11.

The Siege of Charleston 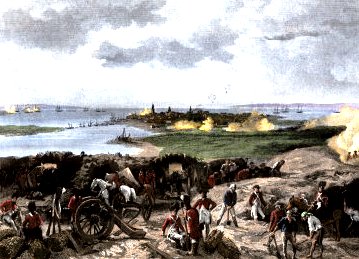 North face of the marker. 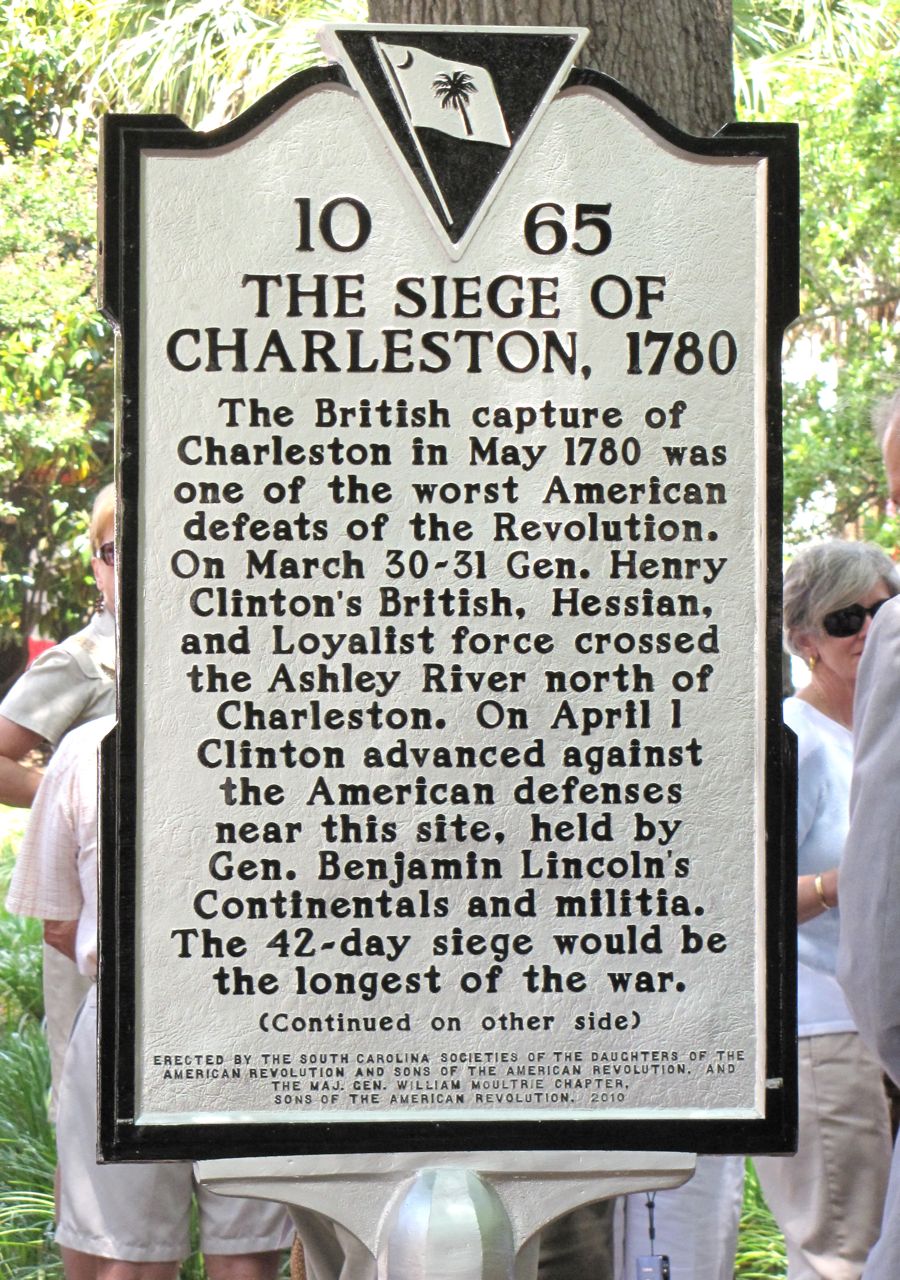 South face of the marker. 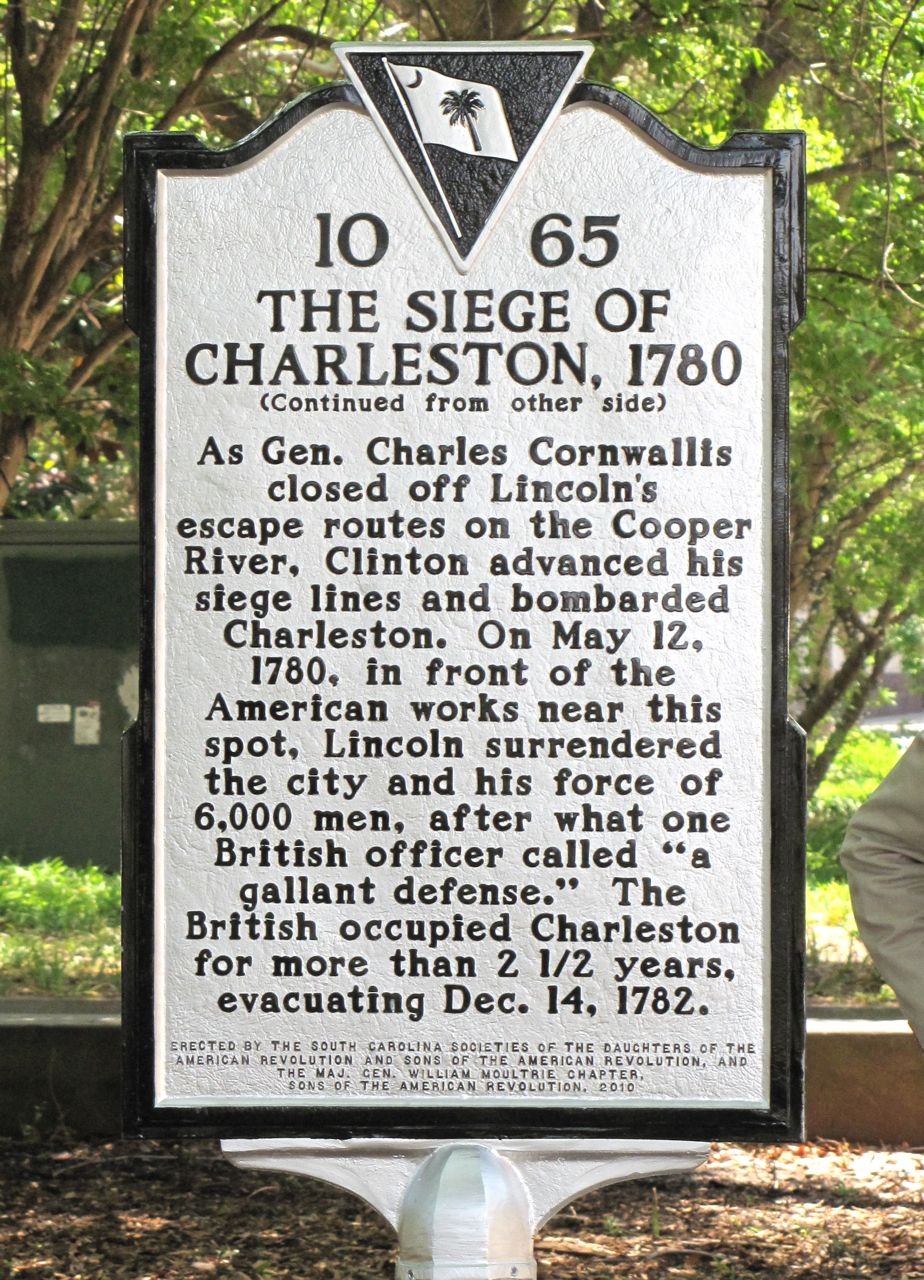 In June 1776, Lieutenant General Sir Henry Clinton attempted to capture Charleston, South Carolina.[1] His mission failed at Fort Sullivan where Colonel William Moultrie's men defended against Admiral Sir Peter Parker's naval forces. Following this event, the British shifted their attention to Savannah, Georgia, which was captured in December 1778.[1] Three years had passed since the initial attack of Charleston before Clinton attempted to plan another siege upon the city.

In 1779, Clinton began to plan an attack on the Southern colonies after taking notice of the possibility of a high number of Loyalist in the area.[2] After enduring rough seas, Clinton had landed a diversionary group of men in Georgia before setting sail to Edisto Inlet with the rest of his forces.[1] From there, he ordered his forces to begin landing on Simmons Island on February 11.[1] Clinton's forces began their approach of the city on foot, where they spent the rest of the month capturing James Island and Fort Johnson.

On April 2, the British began constructing siege lines, and entered the harbor on April 8. Lieutenant Colonel Banastre Tarleton was put in charge of conquering Brigadier General Isaac Huger's men at Monck's Corner to ensure that Charleston would be trapped. Taking notice of his situation, Major General Benjamin Lincoln offered to retreat from the city under the condition that his men would be allowed to flee. Clinton denied Lincoln's request and began to fire artillery upon the city and Lincoln's forces.[1] On May 11, Lincoln surrendered to Clinton.[2]