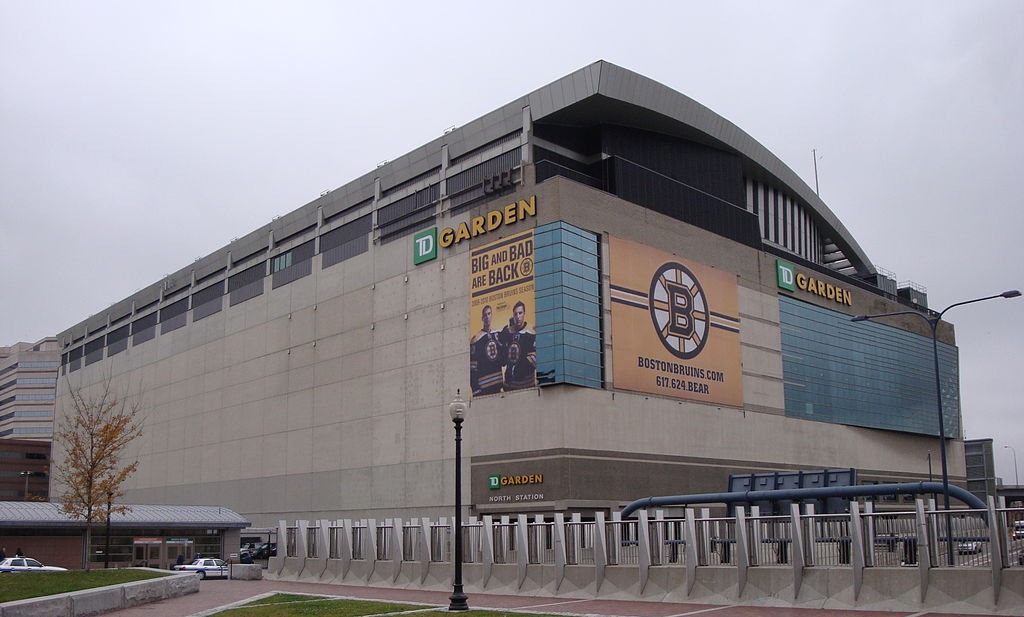 The New England Sports Museum is a non-profit, educational facility that “celebrate[s] the character of Boston sports— the unique brand of teamwork, determination, responsibility, courage, fairness, and other qualities of character possessed by our teams and athletes that make Boston ‘The Greatest Sports City in America’ (“The Sports Museum”). 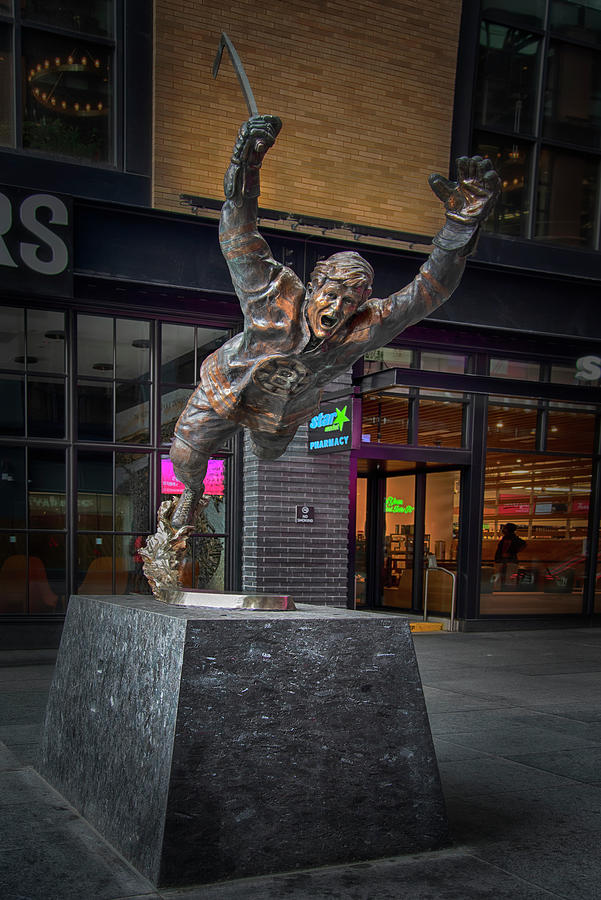 Unveiled on May 10, 2010, this statue commemorates Boston Bruins Hall-of-Fame defenseman Bobby Orr (1948-) and one of the most iconic moments in NHL history. A revolutionary player who forever changed the role of defensemen, Orr is widely considered one of hockey’s greatest players. In ten seasons with the Bruins (1966-1976), he led the team to eight consecutive playoff berths and two Stanley Cups (1970 &amp; 1972). Orr also racked up the individual accolades, winning the Norris Trophy (awarded to the league’s best defenseman) eight times, the Hart Trophy (given to the league’s most valuable player) three times, the Art Ross Trophy (presented to the NHL’s top scorer) twice, and the Calder Trophy (awarded to the league’s top rookie). In 1979, he was elected to the Hockey Hall of Fame. Fans of the Bruins, and of hockey in general, best remember Orr for his overtime goal in Game Four of the 1970 Stanley Cup Final against the St. Louis Blues, after which the stick of Blues defenseman Noel Picard tripped Orr and sent him flying through the air with his hands raised above his head in celebration. Known simply as “The Goal,” it broke a 3-3 tie, completed a four-game sweep of the Blues, and won the Bruins their first Stanley Cup since 1941. In recognition of the fortieth anniversary of “The Goal,” the Bruins unveiled a statue of Orr outside TD Garden. Designed by artist Harry Weber, the larger-than-life-sized bronze sculpture depicts the Bruins defenseman soaring through the air after scoring the Stanley Cup-winning goal. Originally installed just outside of TD Garden on Causeway Street, the statue now resides in The Hub on Causeway near the arena’s main entrance. 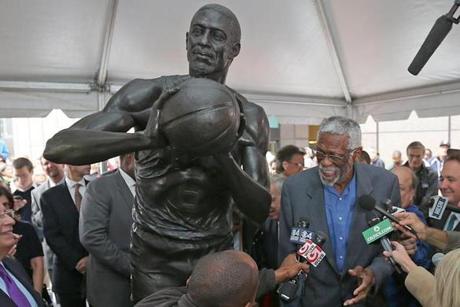 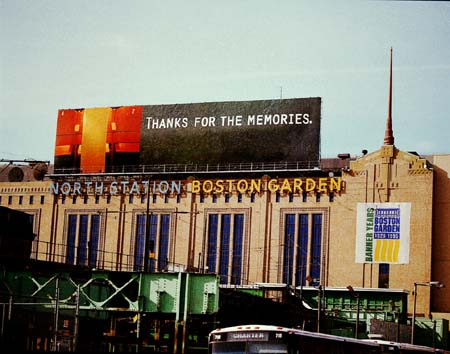 The original Boston Garden was one of the most iconic arenas in America. The arena opened its doors on November 17, 1928. It was designed by Tex Rickard, who also designed Madison Square Garden. Some of the more popular events the Boston Garden has hosted were a political rally for Massachusetts native John F. Kennedy, home games for the Boston Celtics and Boston Bruins, and concerts for many popular artists such as Elvis Presley and the Beatles. The arena has won many awards such as being a finalist for National Sports Forum Achievement Award. 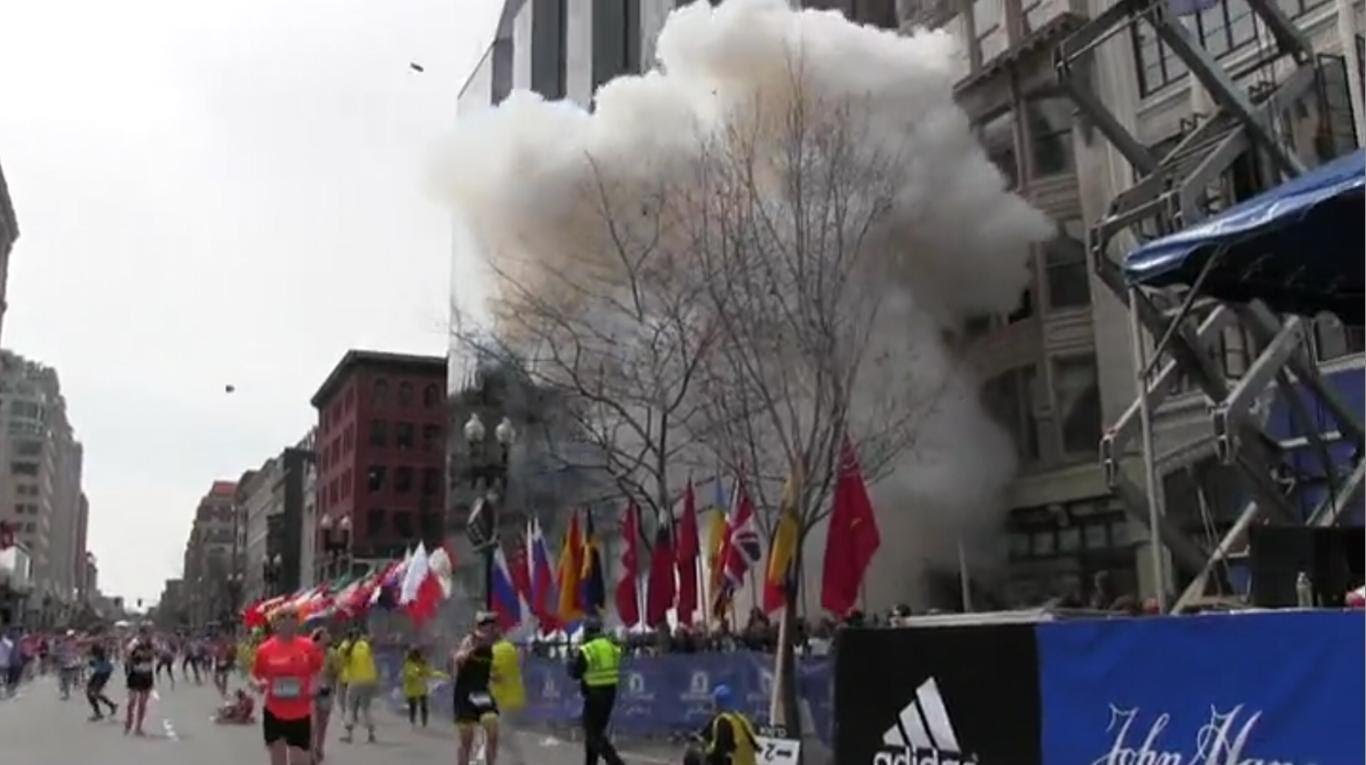 At this location on April 15th, 2013, two explosions about five hundred feet away claimed the lives of three people and caused over 250 severe injuries. This is the site of the second explosion, which was the result of two terrorists detonating pressure cooker bombs near the finish line of the 2013 Boston Marathon. This first detonation occurred near the public library ten seconds before this bomb exploded. The historic sporting event features the world’s best runners, but on this day, onlookers and participants were running for their lives. A memorial is planned for this intersection to be completed in 2020. The monument will pay tribute to first responders and commemorate the everyday heroism of the residents of Boston who unified under the iconic slogan, "Boston Strong." 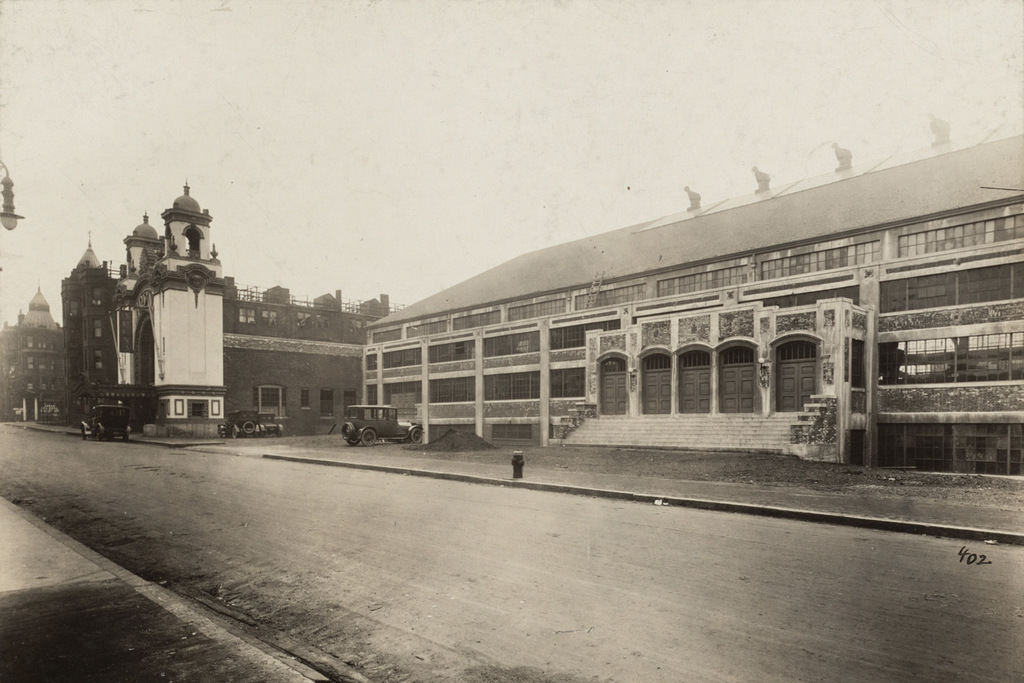 The Matthews Arena is the worlds oldest indoor hockey arena still in use today and is located in Boston, MA. It was built in April of 1910 for the original six hockey team, the Boston Bruins. The Matthews Arena is over a century old with an age of 110 and is also the first indoor sight for hockey in the Boston area. It has been home to many hockey and basketball teams since its opening. A lot of people have considered Fenway Park to be the oldest sports arena in Boston but Matthews Arena predates it by two years. It is now home to the Northeastern Huskies' hockey and basketball teams. 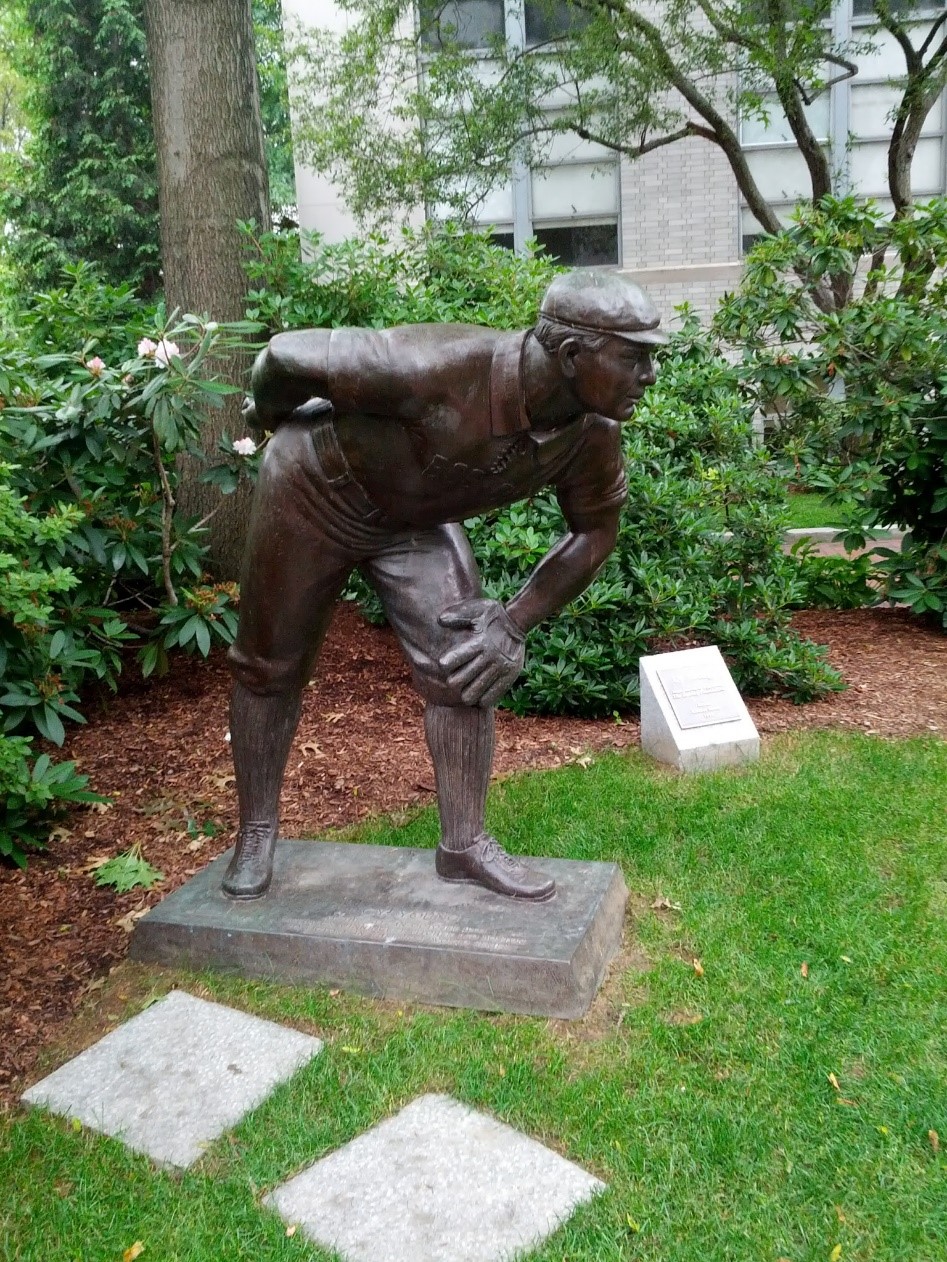 This statue of Cy Young is located in the center of the Northeastern University campus. At first, it may seem curious to find a memorial to one of baseball's greatest pitchers amid drab academic buildings. However, the location of the statue reveals the original site of the pitching mound at the Huntington Avenue Grounds. The ballpark was demolished over a century ago, but baseball fans continue to visit this location as the former stadium hosted the first World Series of baseball's modern era. The Red Sox won that contest, beating the Pittsburgh Pirates in a best-of-nine series. 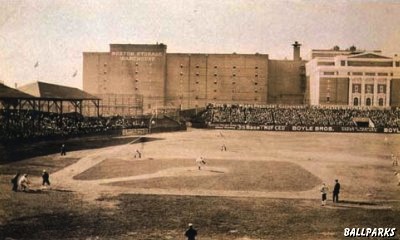 The Huntington Avenue American League Base Ball Grounds was the first home of the Boston Red Sox, the land of which is now occupied by the Cabot Center of Northeastern University. The site was active as the Huntington Avenue grounds from 1901 until its demolition in 1912. In 1903, the Grounds hosted the first modern World Series. In addition to its famous home team, the Grounds possessed several physical quirks that help distinguish its memory. 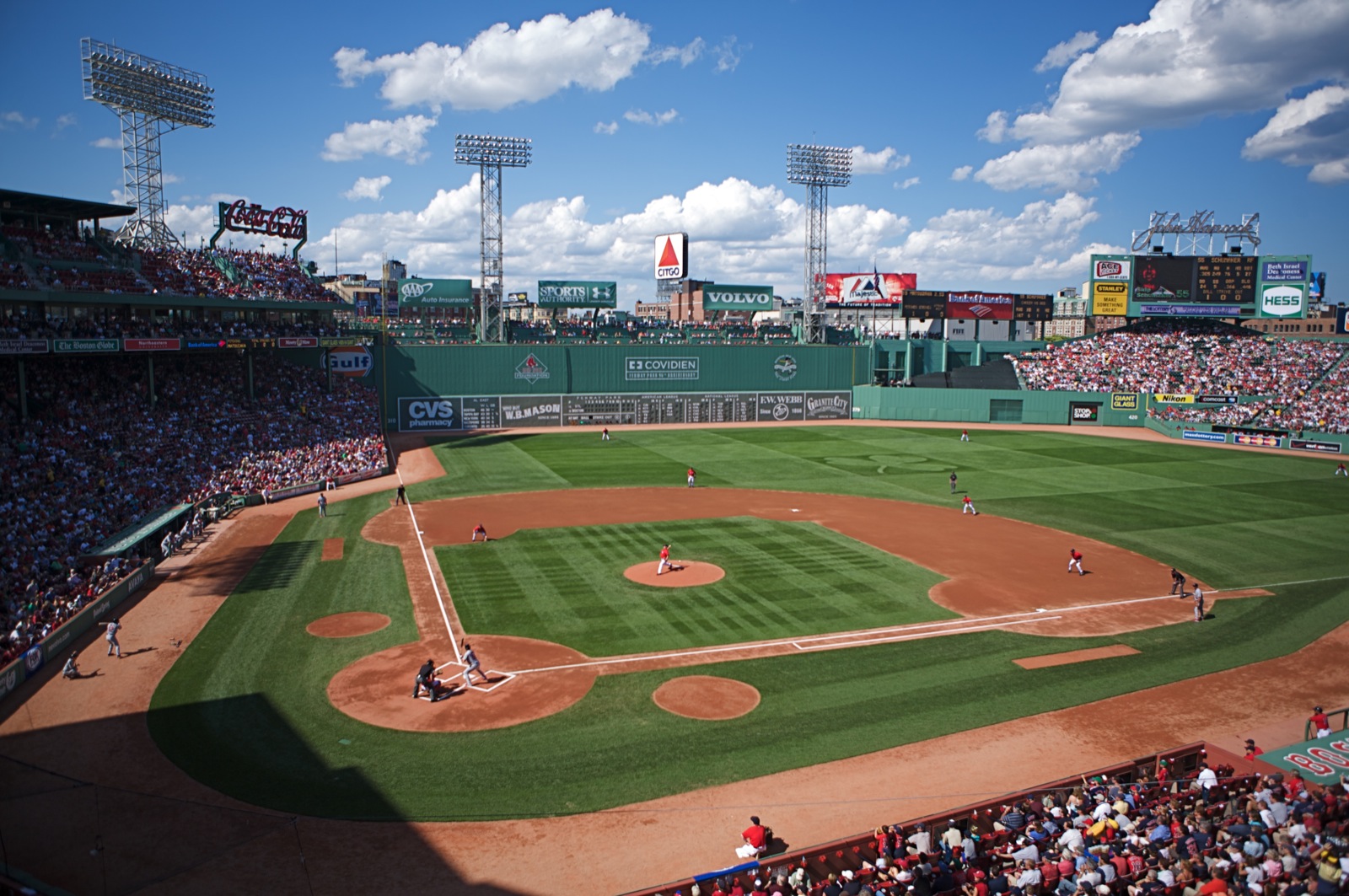 One of the most iconic stadiums in the history of baseball, Fenway Park has been home to Major League Baseball since 1912 and has been home to legends of the sport including Babe Ruth, Ty Cobb, Shoeless Joe Jackson, Ted Williams, Joe DiMaggio, and Carl Yastrzemski. The oldest current Major League Stadium, Fenway is known for its small size compared to modern stadiums and its unique shape including the "Green Monster" in left field. 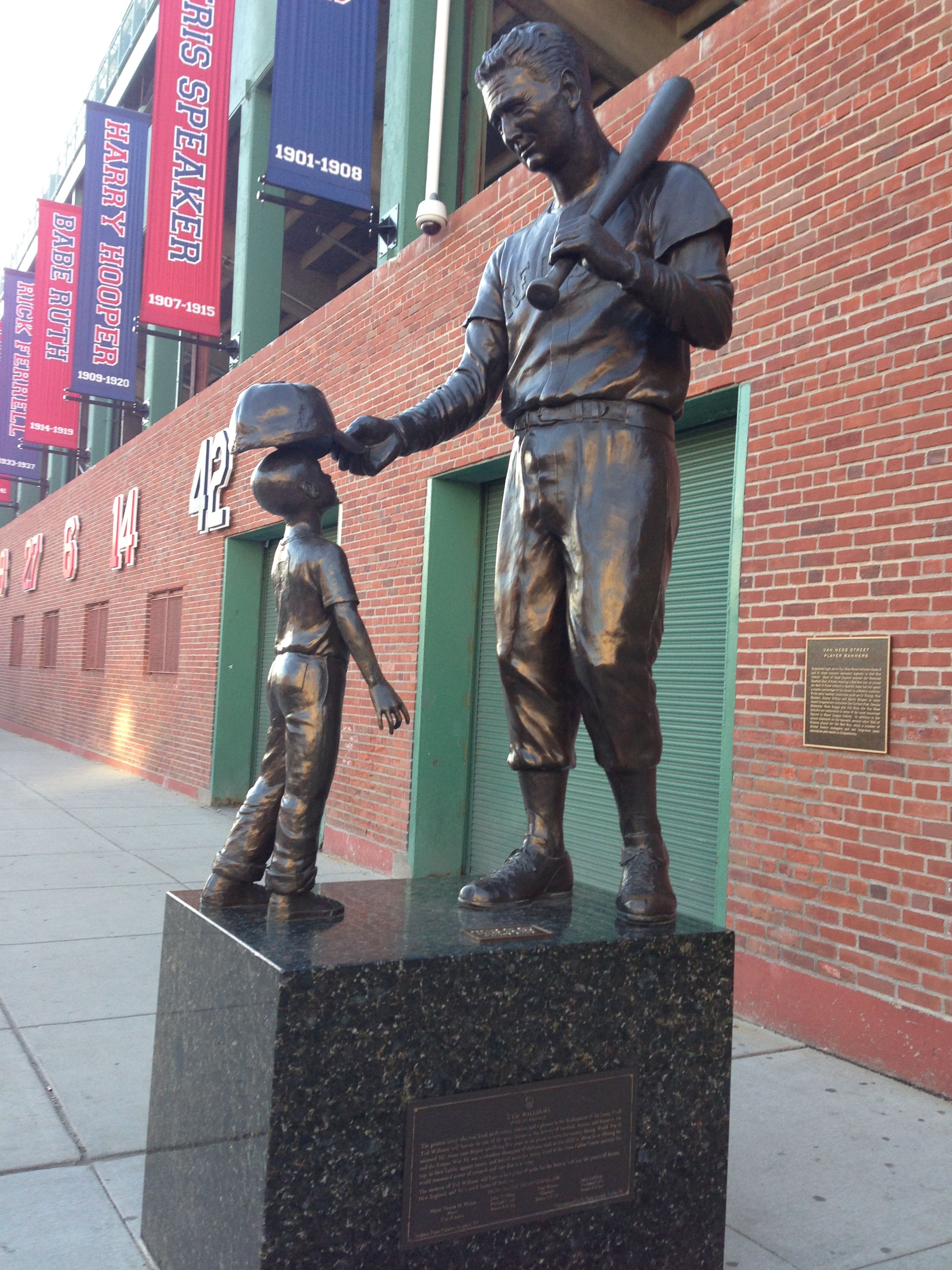 This statue commemorates Boston Red Sox Hall-of-Fame slugger Ted Williams (1918-2002). A native of San Diego, he spent his entire major league career with the Red Sox. During that time, Williams won two American League Triple Crowns and six batting titles. He remains to this day the last major league player to hit .400 or above in a season. More than simply a great professional baseball player, Williams served his country in the Second World War and the Korean War. He also made frequent visits to local hospitals to visit ailing children during his playing career. Shortly after Williams’ death, Boston Mayor Thomas Menino suggested that a statue of the Red Sox great be erected in the city. A. Hank Evanish, who received his flight training under Williams many decades earlier, agreed to bankroll the project. Designed by sculptor Franc Talarico, the eight-and-a-half-foot-tall bronze statue depicts Williams standing, holding a baseball bat on his left shoulder. He gently places his baseball hat on the head of a bronze cancer-stricken boy, with whom he shares a four-foot-tall granite pedestal. Talarico drew inspiration for the statue of the boy from Einar “Jimmy” Gustafson, the sickly twelve-year-old who in 1948 helped kick start the Jimmy Fund, which still raises money for the Dana-Farber Cancer Institute. Dedicated in April 2004, the bronze pair stands outside Gate B of Boston’s historic Fenway Park. 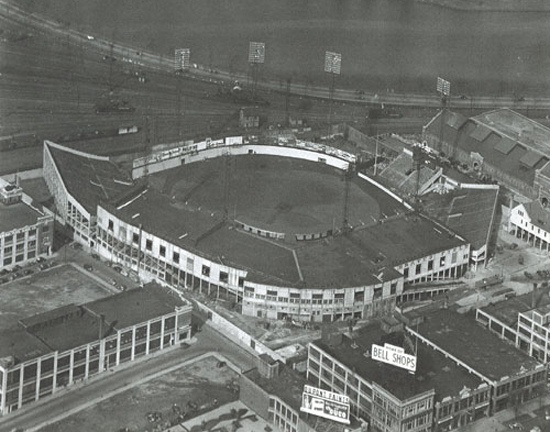 The Braves Field was a historic baseball field which was massive for its time period, seating up to 40,000 fans. It was named after its home team, the Boston Braves, and opened in 1915 in Boston, Massachusetts. Although the Braves Field closed its gates in 1952, parts of the field were incorporated into Boston University's Nickerson Field which stands in the former location of Braves Field. 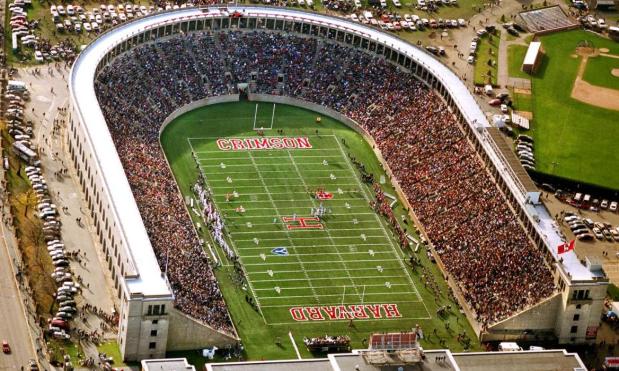 Harvard Stadium opened on November 14, 1903 as the first collegiate athletic stadium in the United States. The nation's oldest stadium is located in the Allston neighborhood of Boston, Massachusetts. With Greek and Roman influences, the U-shaped stadium is also the world's first massive reinforced concrete structure used solely for collegiate sports. Harvard Stadium could accommodate as many as 57,166 spectators in the steel stands located in the north end zone until the stands were removed in 1951. Currently, the stadium has a capacity of 30,323. Rich in sport history, Harvard Stadium is one of four athletic arenas recognized as a National Historic Landmark.