South High School Field housed high school football until 1968 when the school was converted into a junior high school. It was home to the Grand Rapids Chicks, a team of the All-American Girls Professional Baseball League, from 1945 to 1954, with the exception of 1950-1952 when they played at Bigelow Field.

The Chicks playing at Smith Field (Courtesy of The History Museum, South Bend) 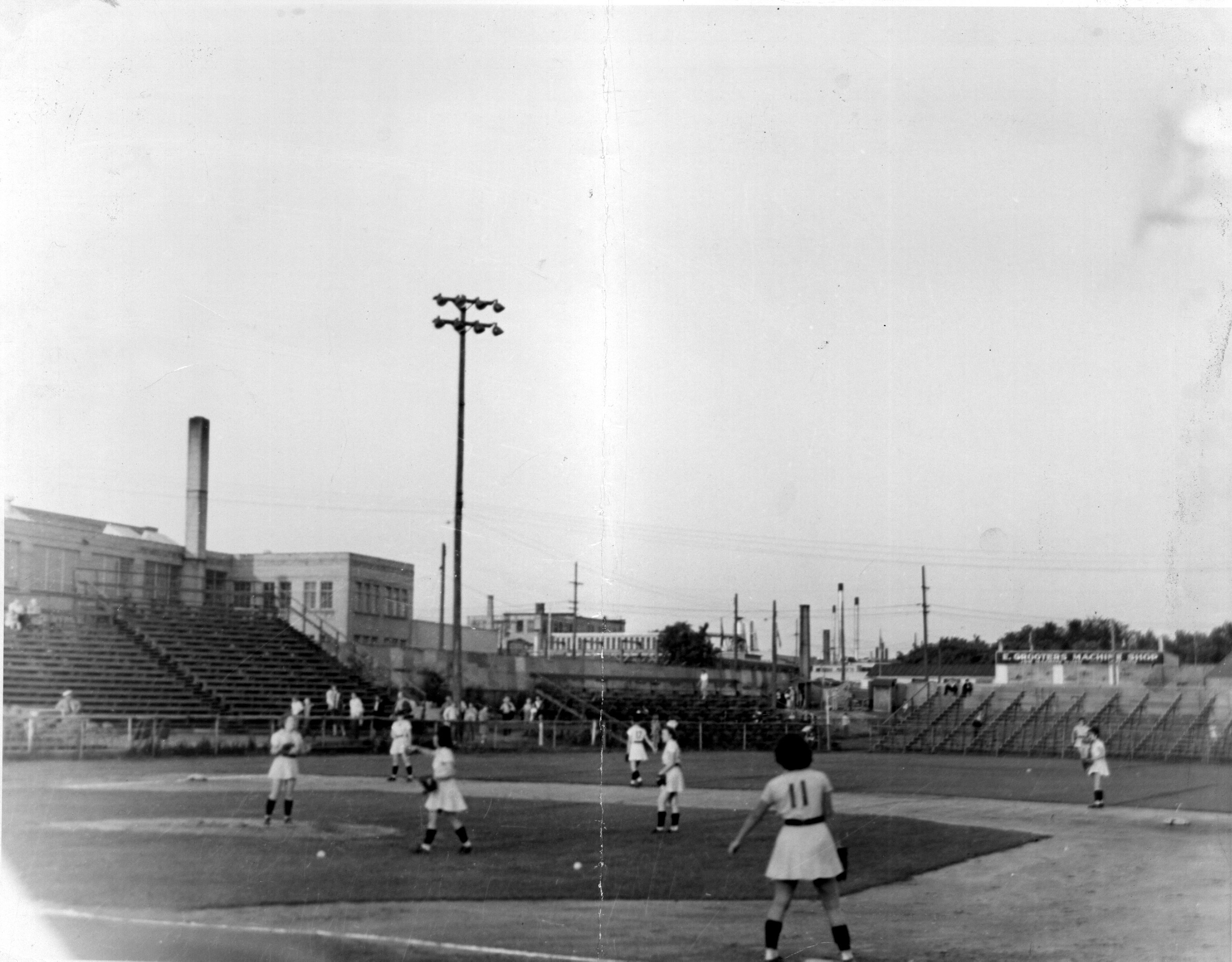 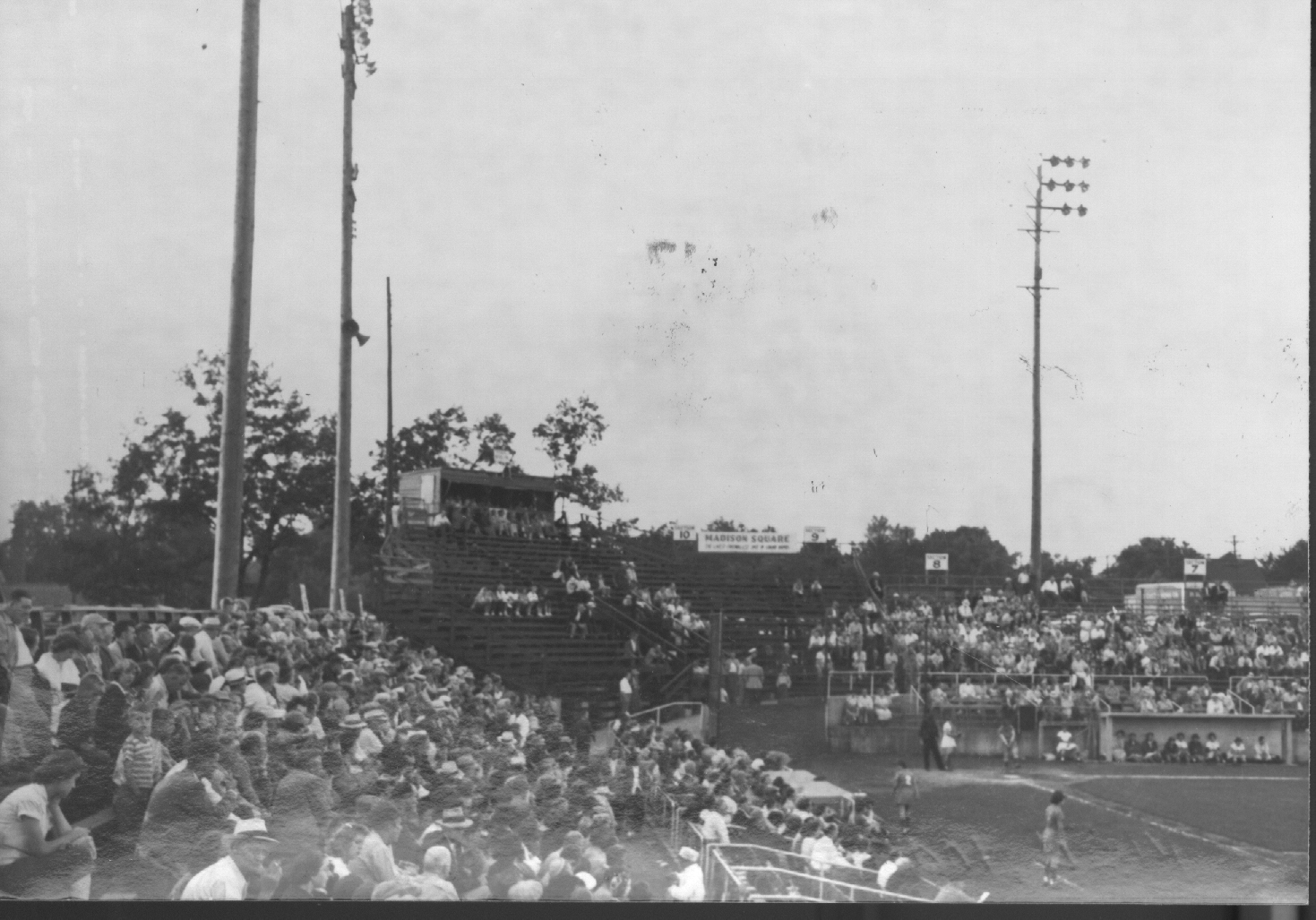 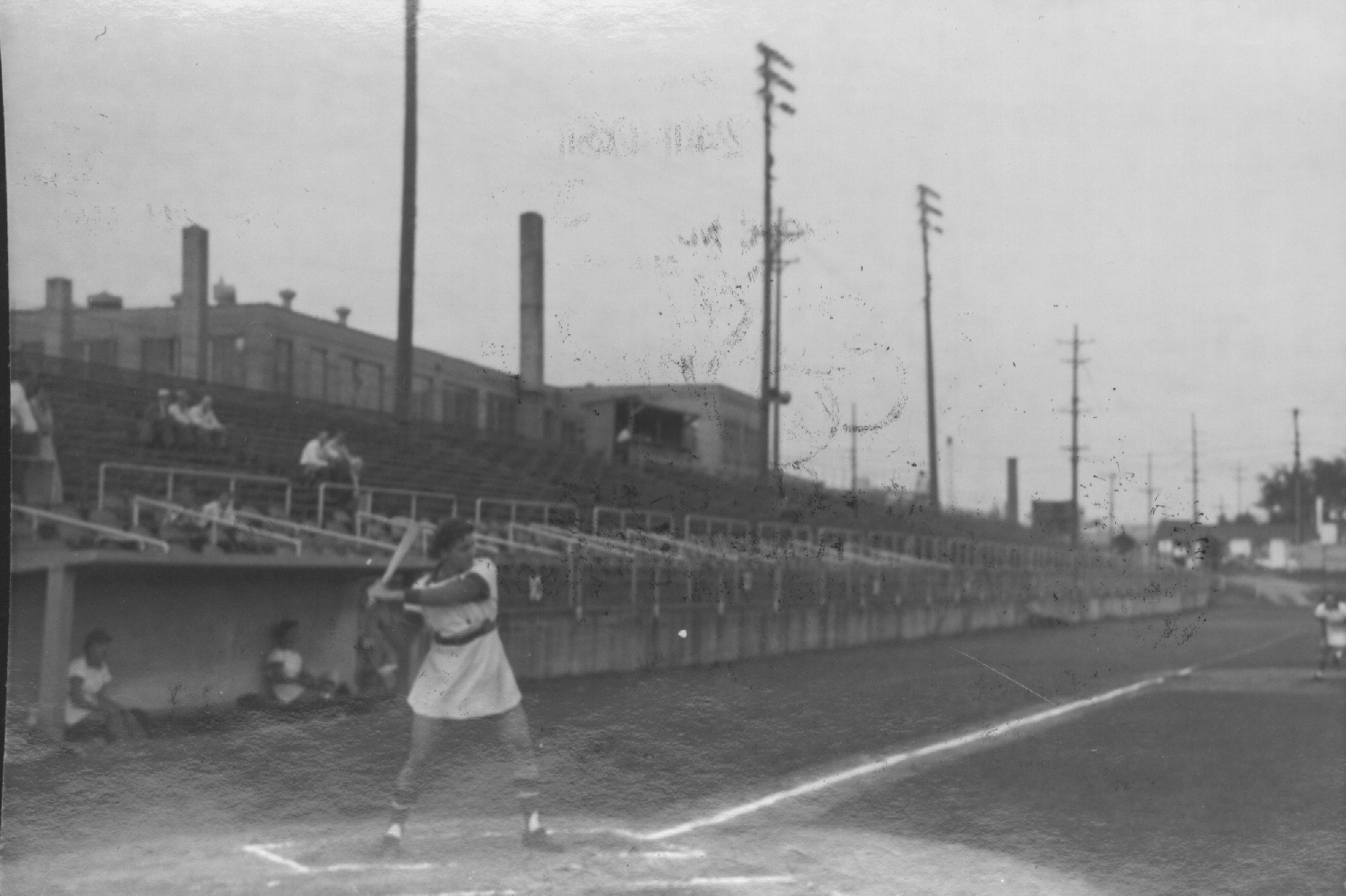 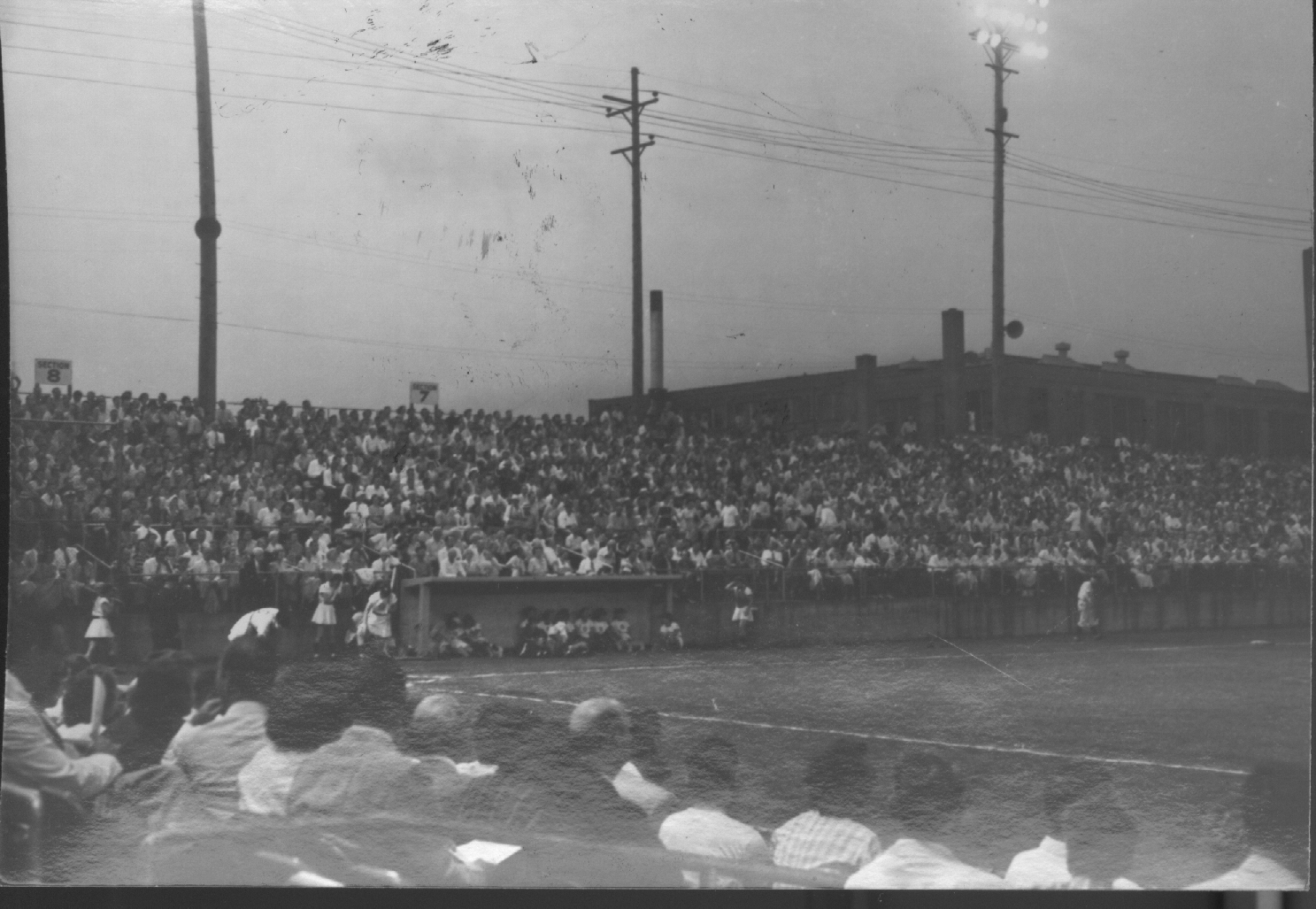 A game under the lights at Smith Field (Courtesy of the History Museum, South Bend) 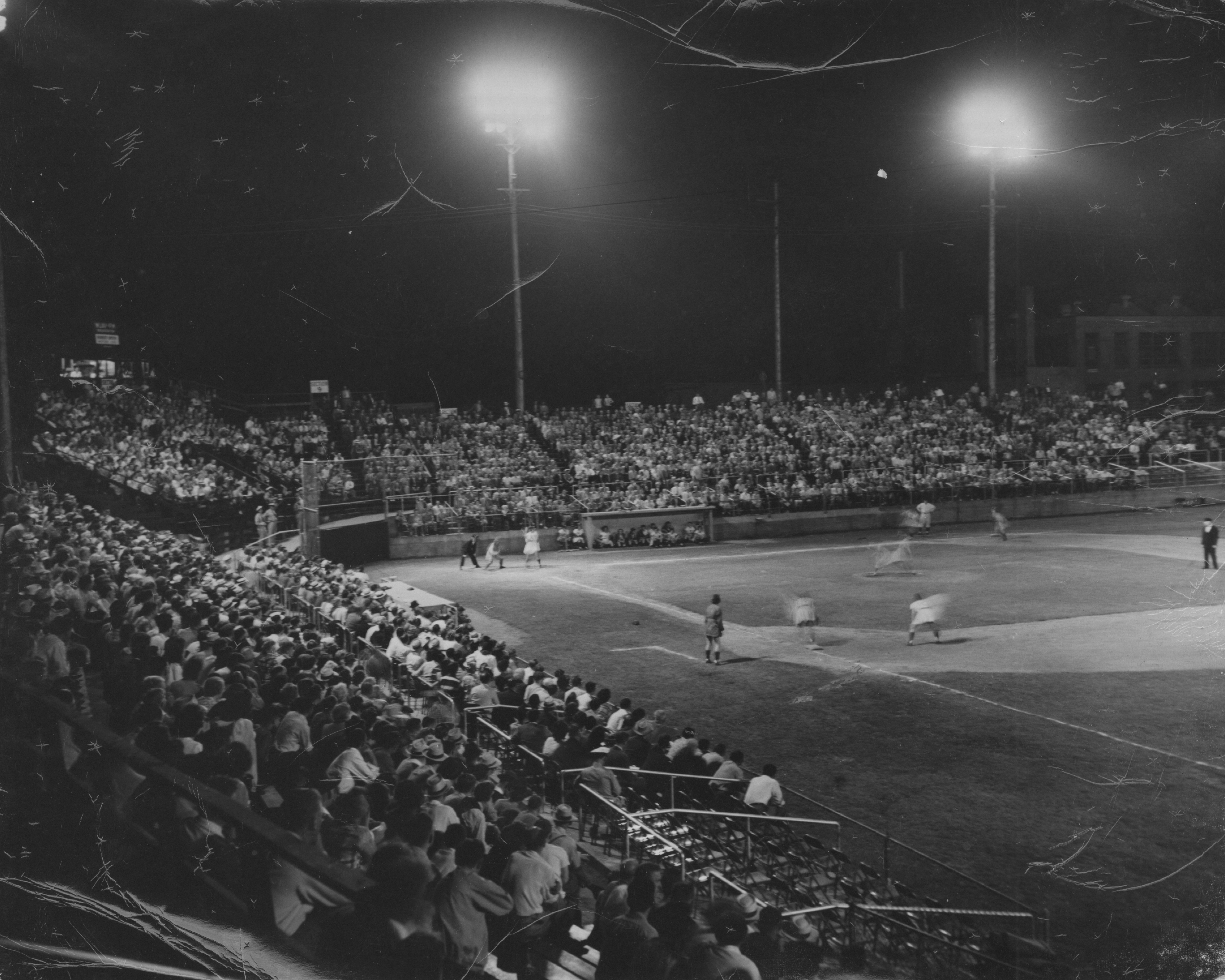 South High School was opened in 1914 in Grand Rapids and ran until 1968 when it was converted into a junior high school. The building is now the Gerald R. Ford Job Corp. Smith Field was located behind the school and housed the football team that won state championships in 1924 and 1944. Gerald R. Ford, the 38th President of the United States attended this high school and played football from 1927 to 1933.

The Grand Rapids Chicks moved to Grand Rapids from Milwaukee in 1945. They played on Smith Field until 1950 when they moved to Bigelow Field, but returned in 1952 when Bigelow was destroyed in a fire. The Chicks made the playoffs every year of their existence, won the pennant in 1948 and were AAGPBL Champions in 1947 and 1953.