The National Museum of Natural History is the most-visited natural history museum in the United States. Dedicated to inspiring curiosity and discovery of the natural world, the National Museum of Natural History preserves and interprets natural science, geology, and anthropology collections. The current building on the National Mall opened in 1910. Among the most popular exhibits are the Hall of Dinosaurs, Egyptian and Roman artifacts, the Hope Diamond, and the sarcophagus of the Egyptian Pharaoh Tutankhamen.

The National Museum of Natural History building was opened in 1910 and is designed in the neoclassical style. 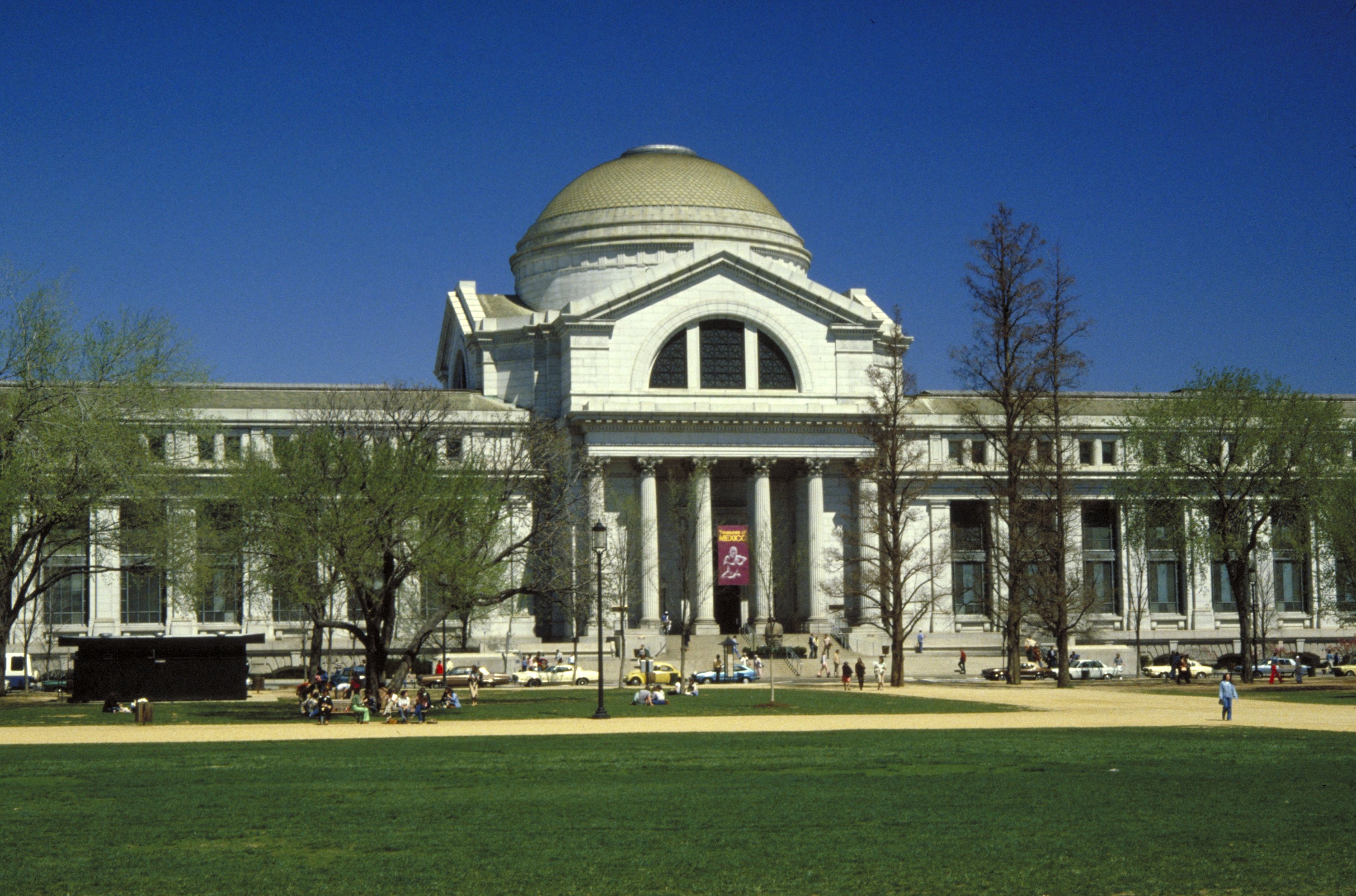 The grand rotunda houses an African elephant that debuted in 1959. At the time, it was the largest land mammal on exhibit at a museum. Photo courtesy Ingfbruno, Wikimedia. 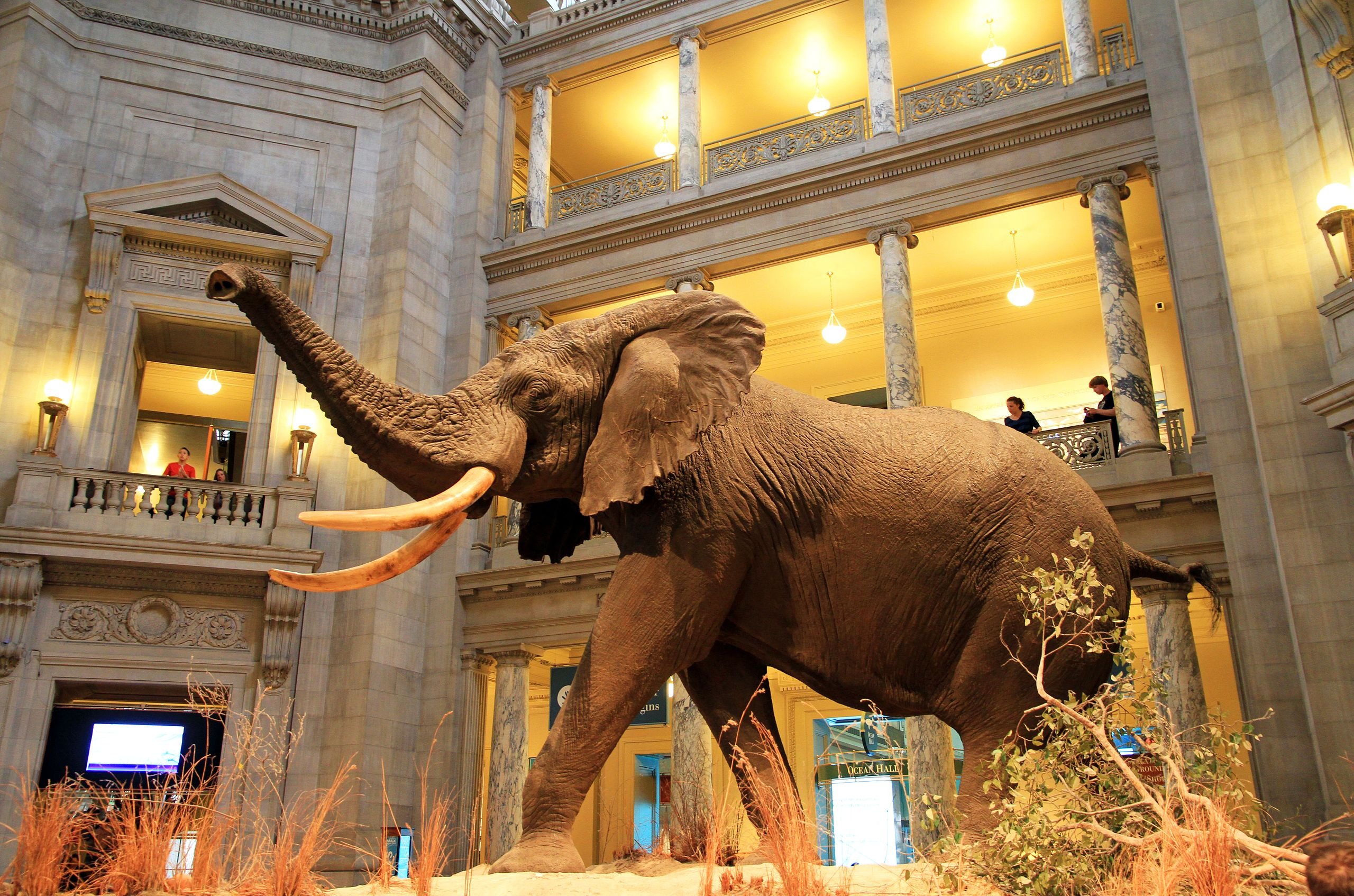 Ground is broken for the new building in 1904. Photo courtesy of Smithsonian Institution Archives. 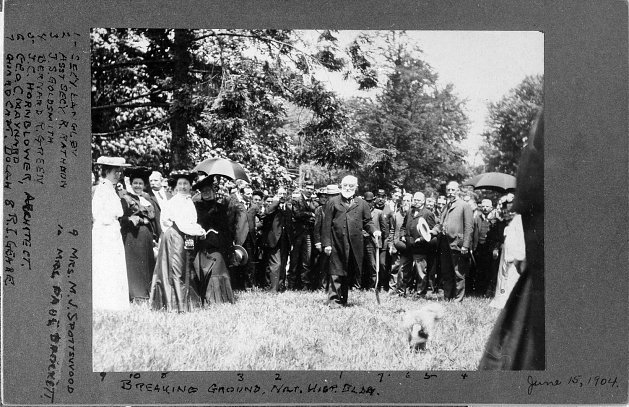 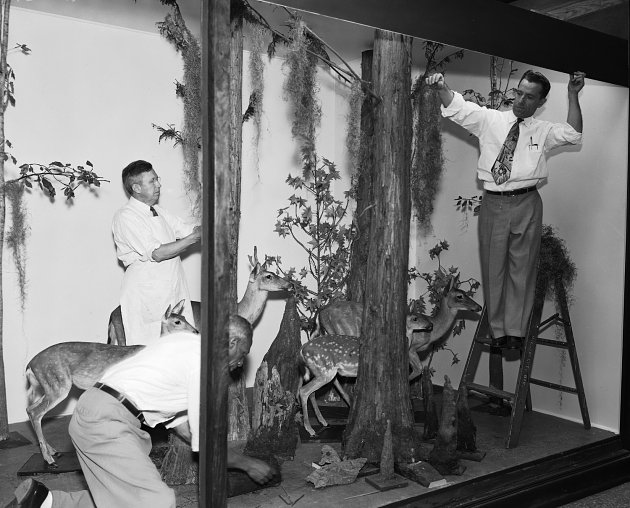 Entomology staff stand among millions of insects in the Smithsonian collection. Photo by Chip Clark. 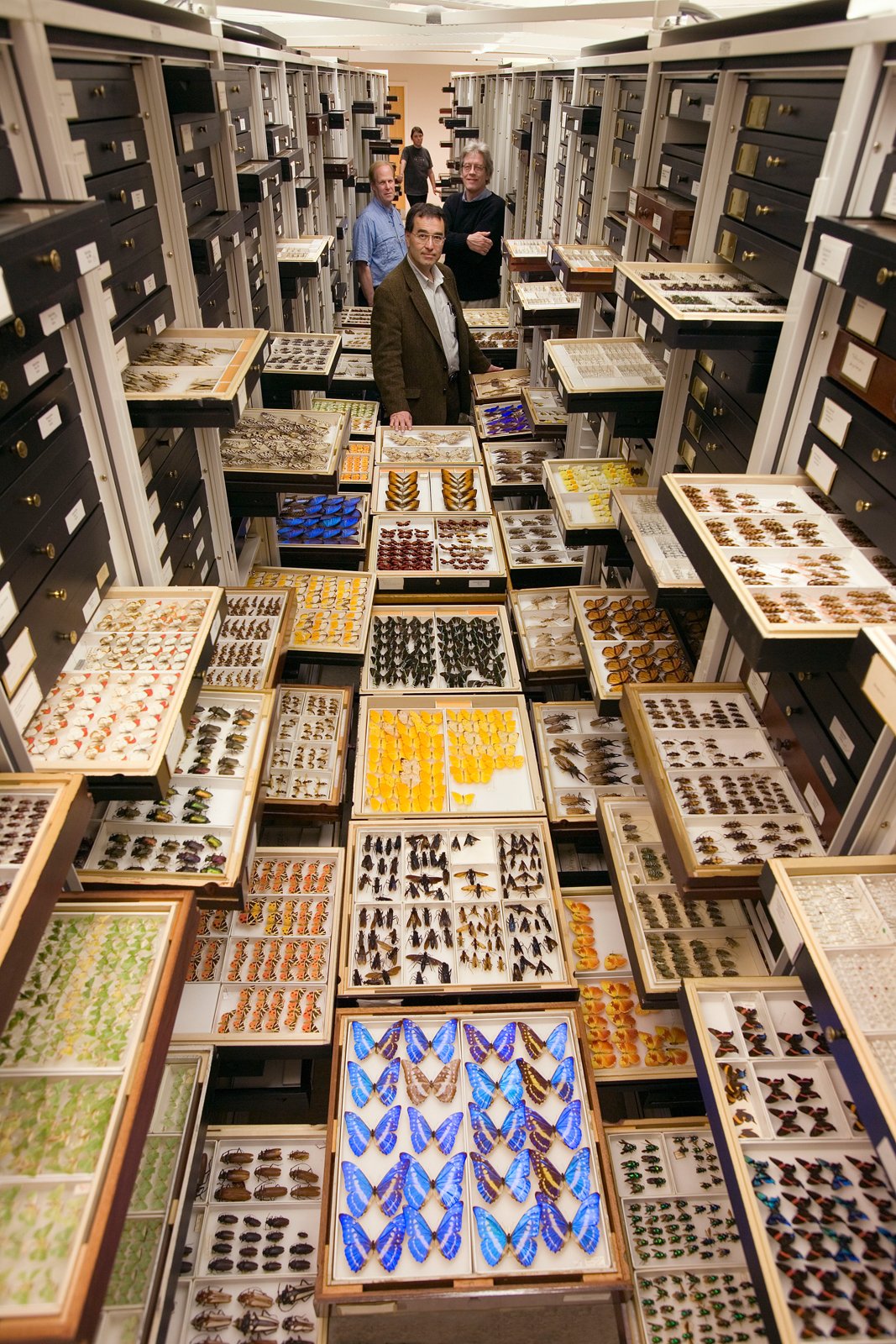 Even before the Smithsonian Institution was founded in 1848, Americans were collecting specimens and objects that would later fill the largest natural history museum in the United States. In the eighteenth and nineteenth centuries, collecting was a way of categorizing and making sense of the American landscape. Formal collecting was usually a leisure activity reserved for wealthy individuals, who then displayed these collections in “curiosity cabinets” in their homes. The United States government also supported geological expeditions to map locations for transportation routes and military posts, and the ambitious United States Exploring Expedition, which surveyed the Pacific between 1838 and 1842. When British scientist James Smithson gifted his estate to found “an establishment for the increase and diffusion of knowledge” in Washington, D.C.,” the young democracy faced a fundamental dilemma. Should the United States government to create a national institution, and what should this institution look like? For more than ten years, Congress grappled with questions of government authority, federal expansion, and Smithson’s broad vision. In the end, they decided the Smithsonian gave an opportunity for the United States to stand among established nations in science and culture, and the Smithsonian Institution was signed into law on August 10, 1846.1

In 1855, the National Museum opened at the Smithsonian Institution Building, more commonly known as “the Castle.” Originally, the National Museum held historical, archaeological, and natural history collections together. While some collections were purchased or donated, most were collected on expeditions initiated by the first Smithsonian curator, Spencer F. Baird. Yet these collecting efforts proved so successful that the Smithsonian ran out of space in the Castle and in the National Museum Building, now the Arts and Industries Building, opened in 1881. In 1902, Congress approved construction of a new museum as part of the 1901 McMillan Commission Plan, which helped create the National Mall as it is today. The McMillan Plan proposed removing the Victorian landscaping and replacing it with grass and building neoclassical style museums, educational centers, and memorials along the Mall.2

Today, the National Museum of Natural History holds more than 126 million natural science specimens and cultural artifacts, both on site and in off-site storage facilities. There are permanent exhibitions dedicated to human origins and culture, paleontology, mammals, ocean life, insects, bones, and geology. Research covers a broad spectrum of science and is conducted at the museum and in laboratories, field stations, and libraries around the world. An Office of Repatriation inventories the origins of cultural artifacts and human remains in the collection and can return them to federally recognized indigenous groups. Since the founding of the Smithsonian Institution, science has transitioned from an exclusive pursuit of wealthy, highly educated individuals to one that can be studied and enjoyed by all walks of life. To bridge the scientific and public communities, the Museum offers programs, citizen science projects, and a science education center, Q?rius. The National Museum of Natural History welcomes millions of visitors each year to explore wonders of the world.4