In the Milestones of Flight gallery, a Lunar Module originally used for tests was modified to look like Apollo 11's "Eagle." 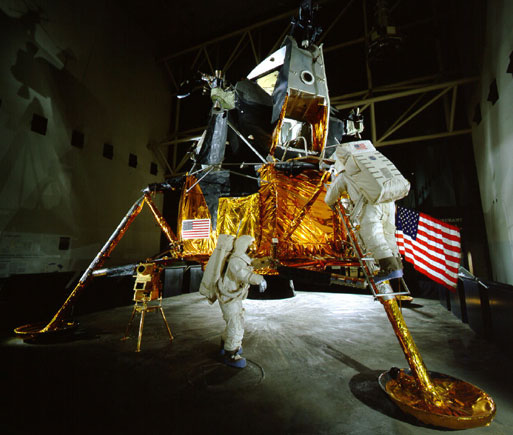 A view of the Smithsonian National Air and Space Museum from the National Mall. 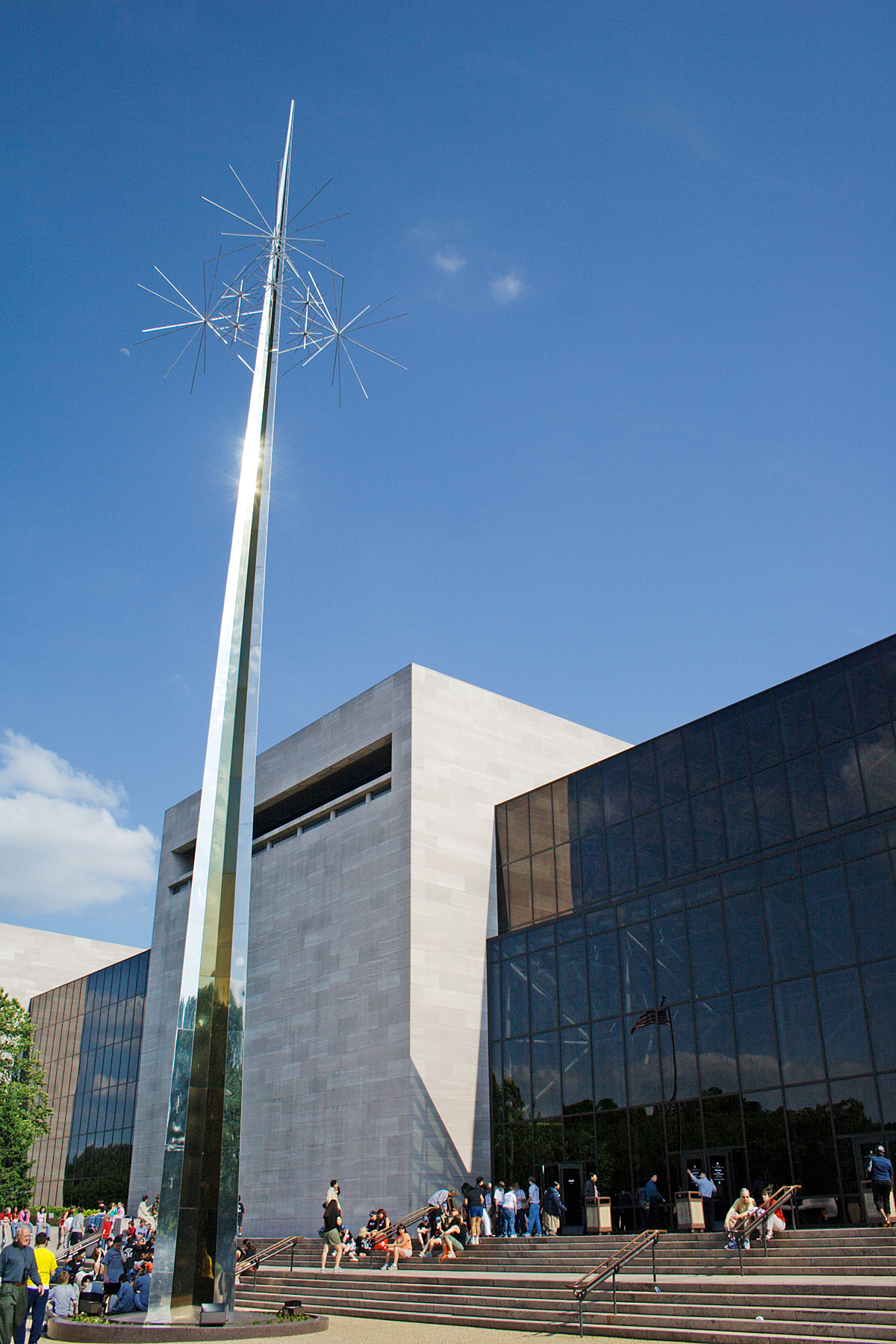 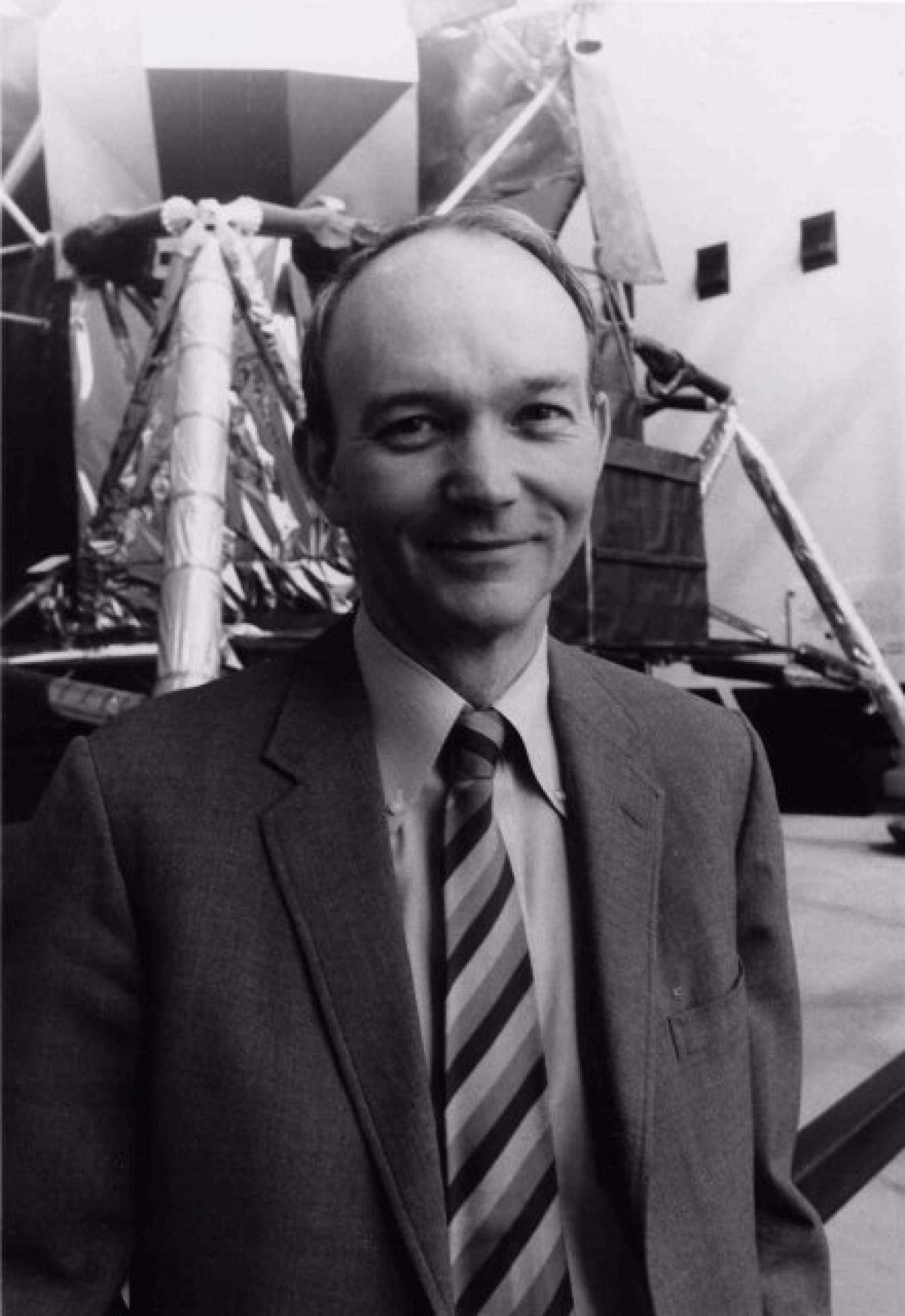 Charles Lindbergh crossed the Atlantic in the Spirit of St. Louis in 1927. 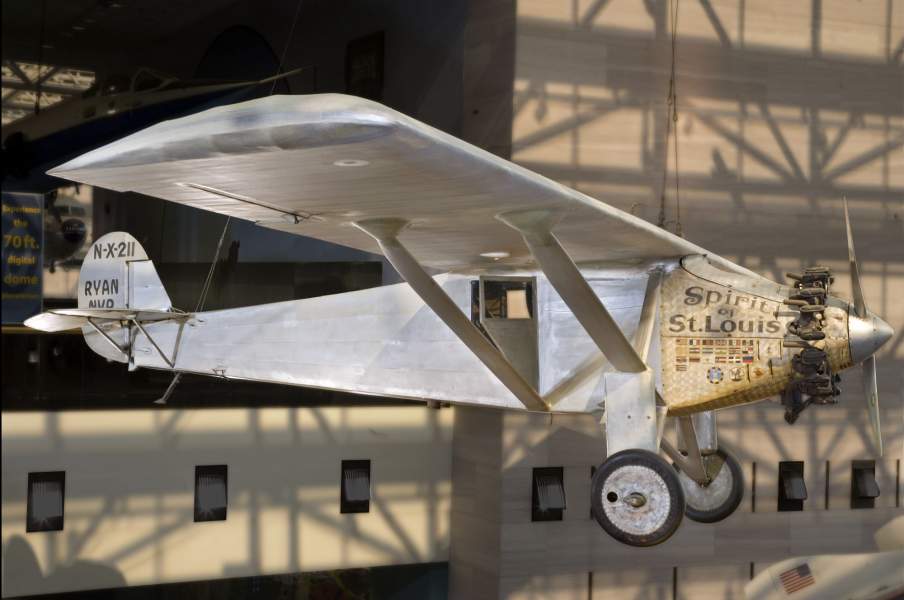 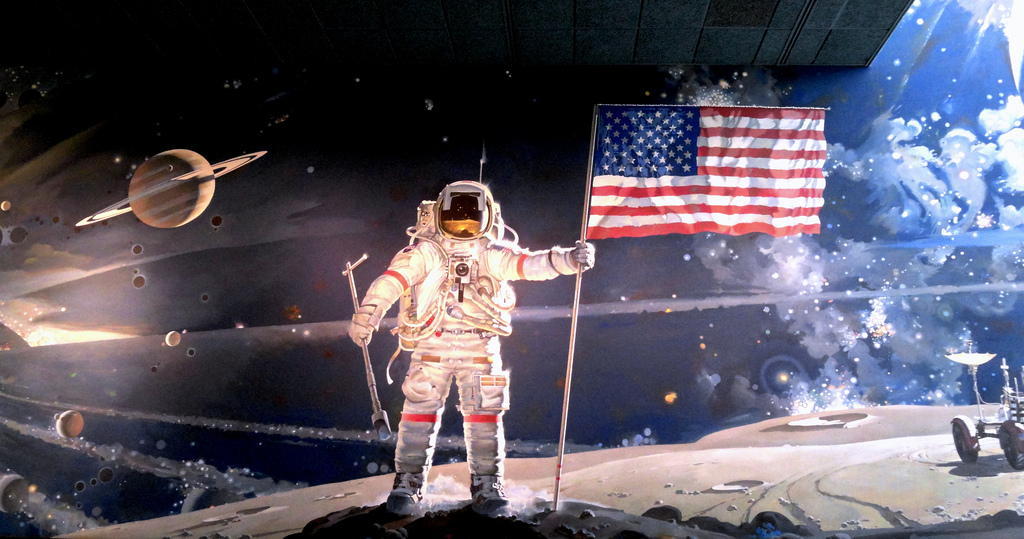 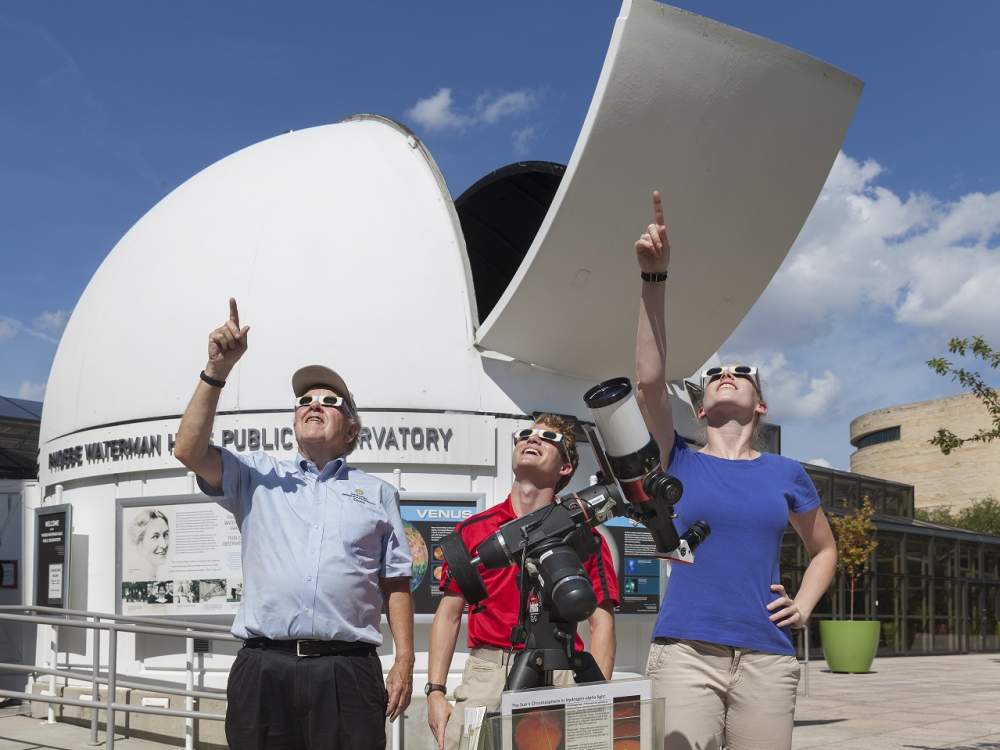 The founding of Smithsonian National Air and Space Museum finds is directly related to the establishment of the Smithsonian Institue itself. In 1876, the Institute was gifted twenty kites from the Chinese Imperial Commission. These kites were the first artifacts to be added to the collection, and along with other items that were gifted and sought out over the years, they were displayed in a building nicknamed the “Tin Shed” behind the Smithsonian Castle in 1920. The Shed was the Air and Space Museum’s home for some time, and as time went on, President Harry Truman signed a bill to create the Smithsonian National Air Museum in order to collect more artifacts. As the collection quickly outgrew the Tin Shed’s space, much of the collection was stored in an abandoned aircraft factory.

In 1966, President Lyndon Johnson changed the Museum to the National Air and Space Museum in order to reflect the nation’s developments in both aeronautic and space flight, starting with adding rockets and missiles to the Museum’s collection. As the collection expanded, the Museum received funding for a new building in 1971 to be constructed in the National Mall. As construction began in 1975, the Smithsonian Institute had a team working to bring together research and artifacts for the museum, as well as to actively bring together research on spacecraft data. In a short span of time, the Museum was fully constructed and filled with exhibits in time for its opening on July 1, 1976. The National Air and Space Museum was instantly a national sensation; it received over five million visitors in just six months of being active.

To this day, the National Air and Space Museum is still one of the most popular museums in the nation, and one of the most active, as well. Within the Museum’s Center for Earth and Planetary Studies division, team members are active in all current Mars and Moon missions. On the Museum floor, themed tours are held throughout the day and Discovery Stations give visitors hands-on interactions with scientific displays and artifacts. Talks with Museum curators and NASA scientists, engineers, and astronauts are often held in the Moving Beyond Earth gallery. The Albert Einstein Planetarium presents live shows on the night sky and screens films, while the Lockheed Martin IMAX Theater shows 3D films and Hollywood movies. Outdoors along Independence Avenue, the Phoebe Waterman Haas Public Observatory, named for one of the first female astronomers to earn a doctorate, facilitates solar observation through a variety of telescopes and hosts special nighttime observation events.