Opened in 1987, the Sackler Gallery, along with the adjoining Freer Gallery, are the nation’s premier museums of Asian art. It is named for physician and pharmacologist Arthur M. Sackler, who donated his collection of Asian art to the Smithsonian Institution. 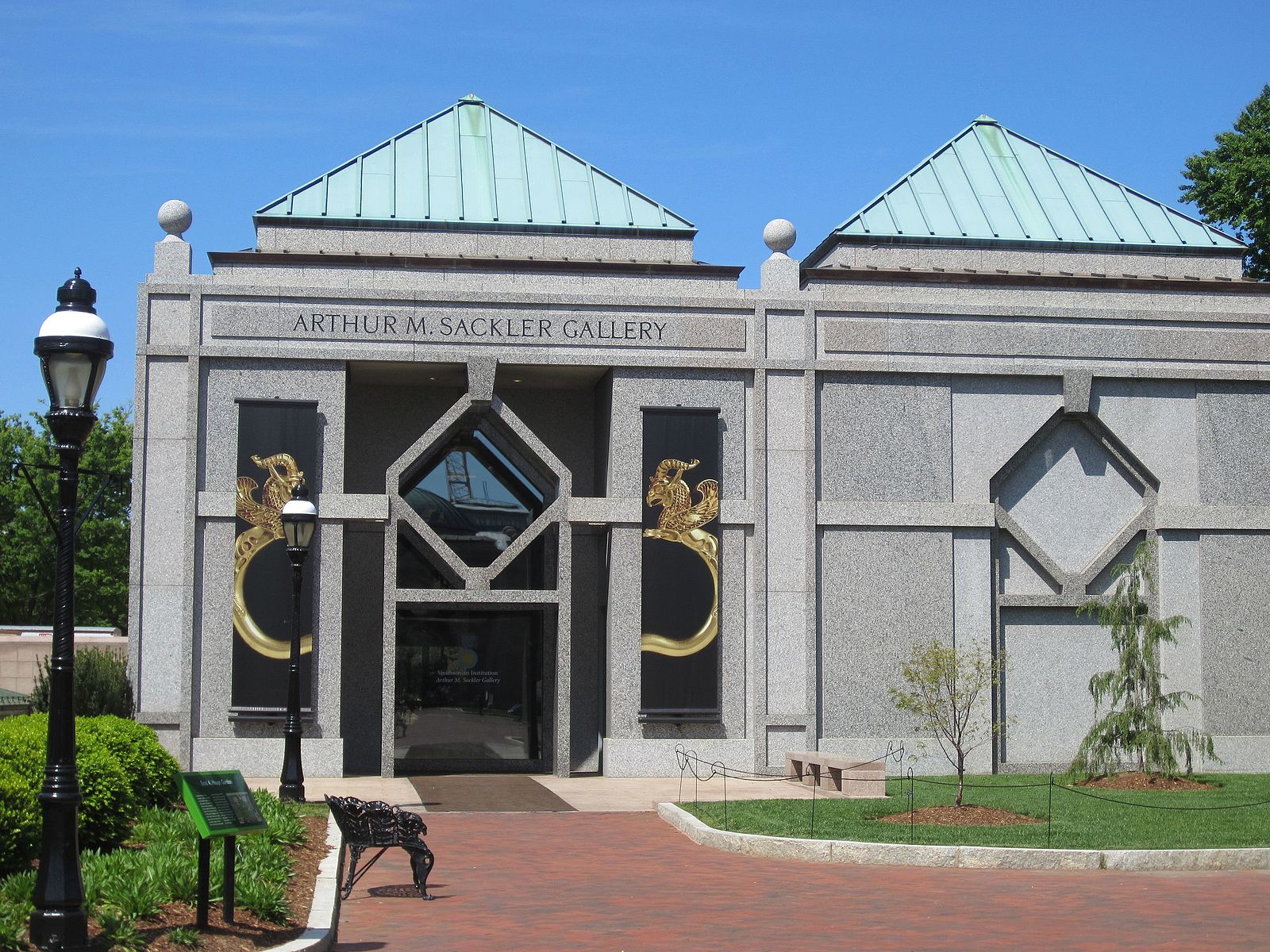 Arthur M. Sackler's donation to the Smithsonian Institution increased the breadth of Asian and Eastern art and allowed for loaning objects. Courtesy of Wikimedia Commons. 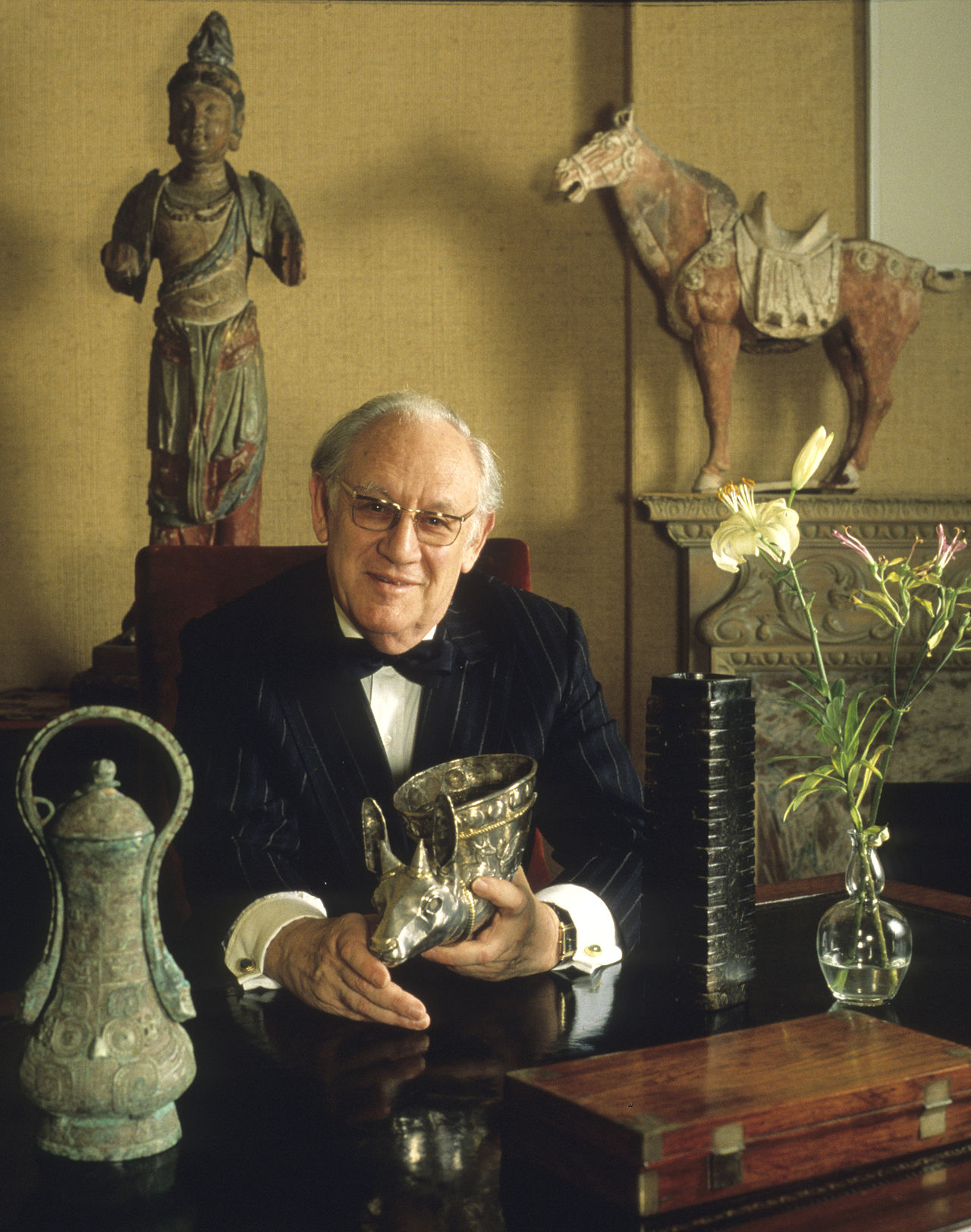 Arthur M. Sackler (1913-1987) fostered his interest in art in New York City, where he visited museums and took art classes. While he focused his academic studies and career in psychiatry, the study of the human mind, Sackler collected art as a way to understand society and culture. After graduating from New York University, Sackler and his brothers researched mental health together at New York State’s Creedmoor Psychiatric Hospital in Queens. Seeing medicine as the best method of treatment, the Sackler brothers acquired the pharmaceutical company Purdue Frederick in 1952. Thanks to Arthur Sackler’s novel use of advertising campaigns, Purdue was highly successful in selling prescription and over-the-counter medicines along with disinfectants and other household products. The company

These business ventures increased Sackler’s wealth and ability to collect works of art and artifacts. Seeing himself more as a curator, Sackler grew his collections for study and exhibition in various museums, in particular the Metropolitan Museum of Art. He acquired a number of his Chinese collections as antiquities dealers relinquished their collections in light of China’s new and more insular Communist government. From the 1950s to the 1970s, Sackler focused on loaning art and artifacts to other institutions. In the 1970s and 1980s, he began establishing institutions in his name, including the Arthur M. Sackler Museum at Harvard University, the Arthur M. Sackler Museum of Art and Archaeology at Peking University in Beijing, and the Jillian & Arthur M. Sackler Wing at the Royal Academy in London, along with a number of institutes and schools dedicated to health and science.

In 1979, Congress approved construction of a new quadrangle of museums and gardens alongside the Freer Gallery and Smithsonian Castle. One of these museums would expand upon the Freer Gallery and emphasize Asian art. Sackler joined the Japanese and Korean governments in donating millions to the project. In 1982, he donated his collections to the Smithsonian Institution. The Sackler Gallery, operating jointly with the Freer Gallery, opened on September 28, 1987. It was designed by Yoshimura Junzō and completed by Jean Paul Carlhian. While the Freer Gallery only exhibits works within the museum’s collection and does not loan anything to other institutions, the Sackler Gallery engages in loaning items and accepting loaned items. In this way, the Sackler Gallery continues its namesake’s vision of traveling its collections and exhibitions. The Freer | Sackler hosted the United States' first major exhibit focusing on the Quran, along with traveling exhibits such as Turquoise Mountain, a collection of art created by independent artists in Kabul, Afghanistan.