Opened in 1923, the Freer Gallery of Art was the first art museum of the Smithsonian Institution. It is named for Charles Lang Freer, who donated his collection of Asian and American art to the United States government in 1906. With the adjoining Sackler Gallery, the Freer and Sackler Galleries comprise the nation’s premier collections and exhibits of Asian, Middle Eastern, Indian, and Islamic art, as well as the largest research library in the United States related to these forms of art.

The Courtyard of the Freer Gallery of Art 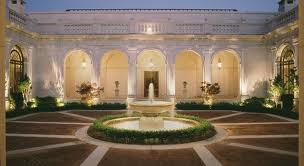 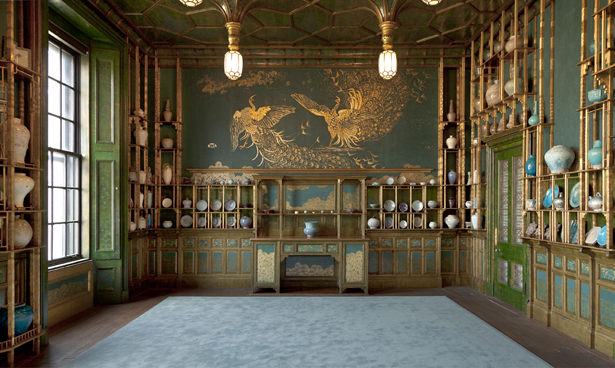 After a lucrative career in manufacturing and railroads, Charles Lang Freer (1854-1919) of Detroit devoted his retirement to collecting art and traveling. Though he began his art collection in the 1880s, he began actively collecting upon his retirement in 1900, and by 1904, approached President Theodore Roosevelt with the idea of donating his collection to the United States government. Freer collected more than 9,000 pieces of art and manuscripts, focusing on works from China, Japan, Egypt, India, and the Middle East. Freer owned one of the largest collections of art by American artist James McNeill Whistler, Asian-inspired works likely sparked Freer’s interest in Asian art.

Freer donated his private collection to the Smithsonian Institution in 1906, with stipulations that the gallery could not loan the art to other institutions nor receive loans from other institutions. He envisioned an institution that was highly accessible to scholars and students of art. By establishing a distinct art gallery outside the walls of the Smithsonian Castle, the new Freer Gallery moved forward the Smithsonian’s broader vision of creating more museums throughout the twentieth century.

The Italian Renaissance structure was constructed between 1916 and 1921, designed by American architect and landscape planner Charles A. Platt. The Freer Gallery added another museum to the National Mall, joining the Castle (1855), the Arts and Industries Building (1879), and the National Museum of Natural History (1910). Its design also stood out from its neighboring museums, which were built in either the Romanesque style (with red brick) or the neoclassical style (with columnns and marble). Like the Natural History Museum, the Freer Gallery’s interior incorporated rich limestone, marble, and granite.

The Freer Gallery opened on May 9, 1923. Freer died in 1919 before his gallery opened, but his legacy lives on in his namesake museum. Since its opening, the Freer Gallery has collected more than 22,000 objects from Asia, the Middle East, India, and the Islamic world. In 1979, Congress approved construction of three new structures and gardens near the Freer Gallery, which would comprise a quadrangle behind the Smithsonian Castle. The adjoining Sackler Gallery opened in 1987 as the Smithsonian’s second museum dedicated to Asian art. Together, the Freer and Sackler Galleries are the nation’s premier museums for Asian art.

One of the most famous works at the Freer Gallery is the Peacock Room, built by architect Thomas Jeckyll and redesigned as a work of decorative art by James McNeill Whistler. The room originated from the London mansion of Frederick R. Leyland, a British shipping magnate, and served as his dining room. It also displayed Leyland’s collection of Chinese porcelain and one of Whistler’s original paintings. Whistler reimagined the room between 1876 and 1877, painting Jeckyll’s Asian-inspired design in blue-green hues and accenting in metallic gold leaf. Though Leyland disliked the redesign, Freer was so captivated by the space that he purchased it after Leyland’s death. The room was disassembled and shipped to Freer’s Detroit home until it was permanently installed in the Freer Gallery.