Standing as the largest building in the city of Clearwater, Florida, The Church of Scientology’s Flag Building serves as the keystone structure of the Flag Service Organization campus, Scientology’s “spiritual headquarters.” It is nicknamed the “Super Power” building, as it is the central facility where Scientology Founder L. Ron Hubbard’s “Super Power Rundown,” a secret series of teachings on unleashing personal and spiritual power, is taught. As of the publication of this profile, it is one of the newest buildings of the Church of Scientology. The building is open 24 hours per day, 365 days per year, and guided tours can be attained by visiting the nearby visitor welcome center.

Official Photo of the Front Lobby of the Flag Building, Sourced from The Daily Mail article cited above, photograph originally from Official Scientology Representatives 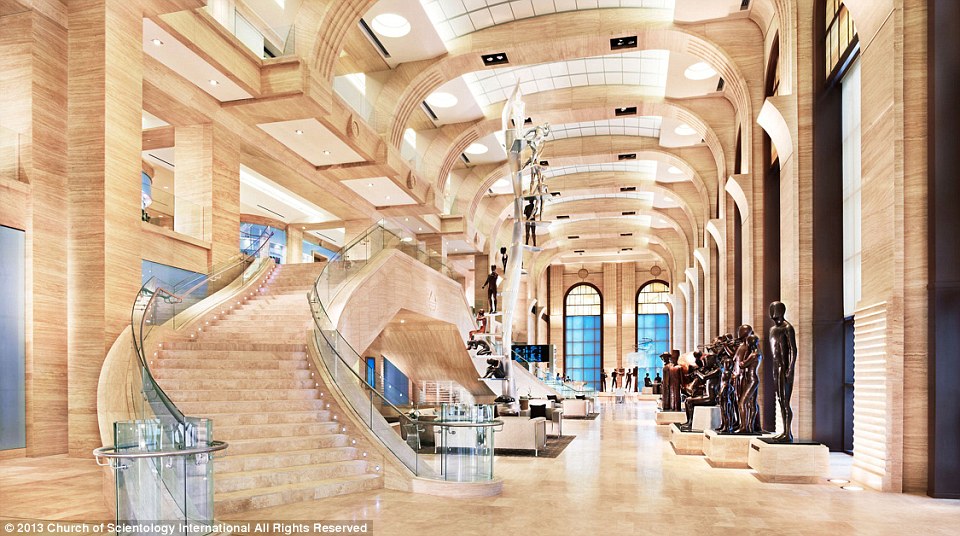 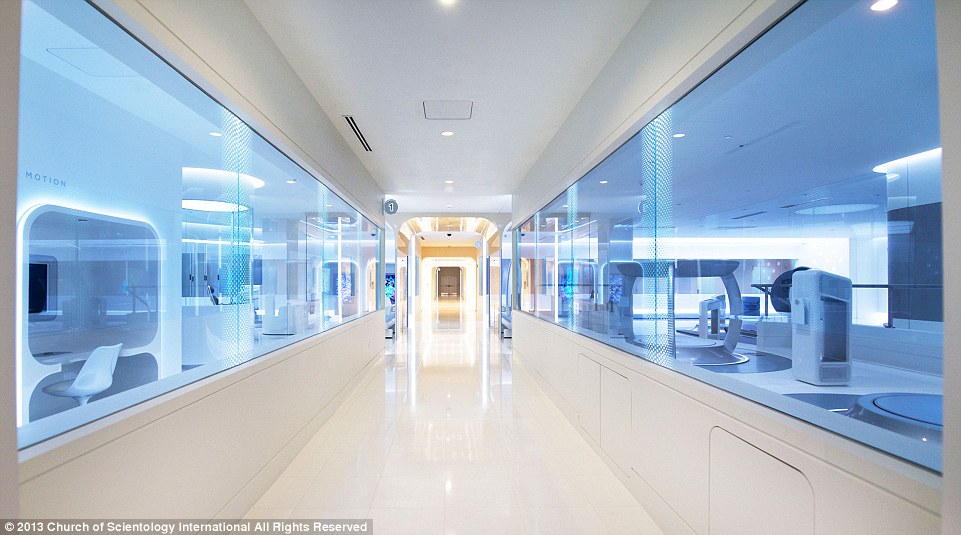 Exterior Photograph of the Flag Building, Sourced from The Daily Mail article cited above, photograph originally from Official Scientology Representatives 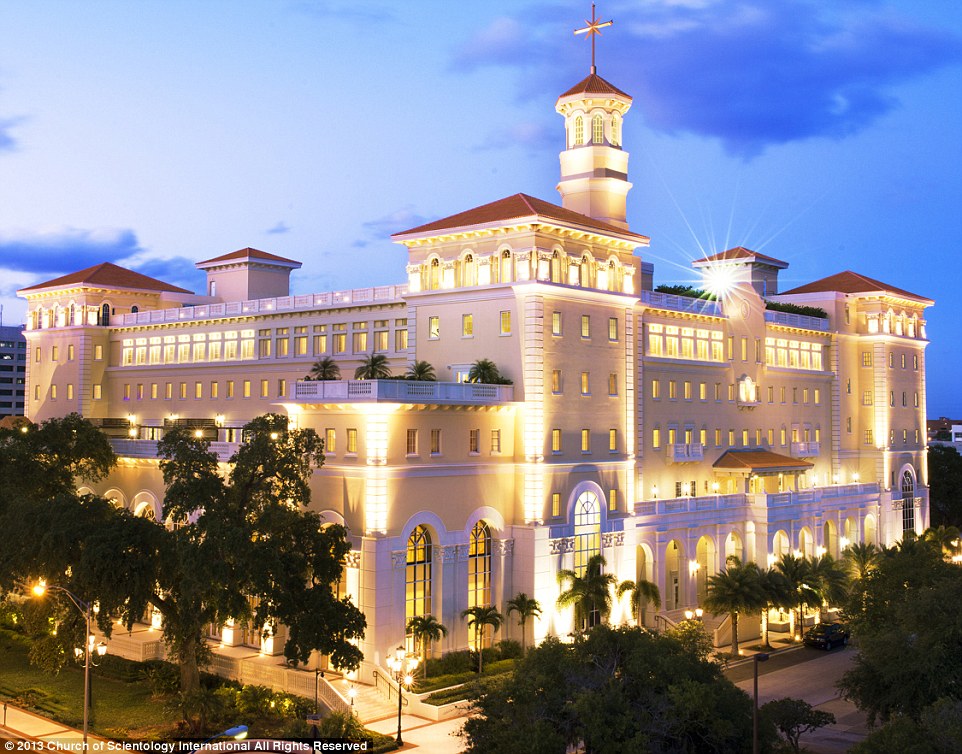 Photograph of Statues within the Main Hall of the Flag Building, Sourced from The Daily Mail article cited above, photograph originally from Official Scientology Representatives 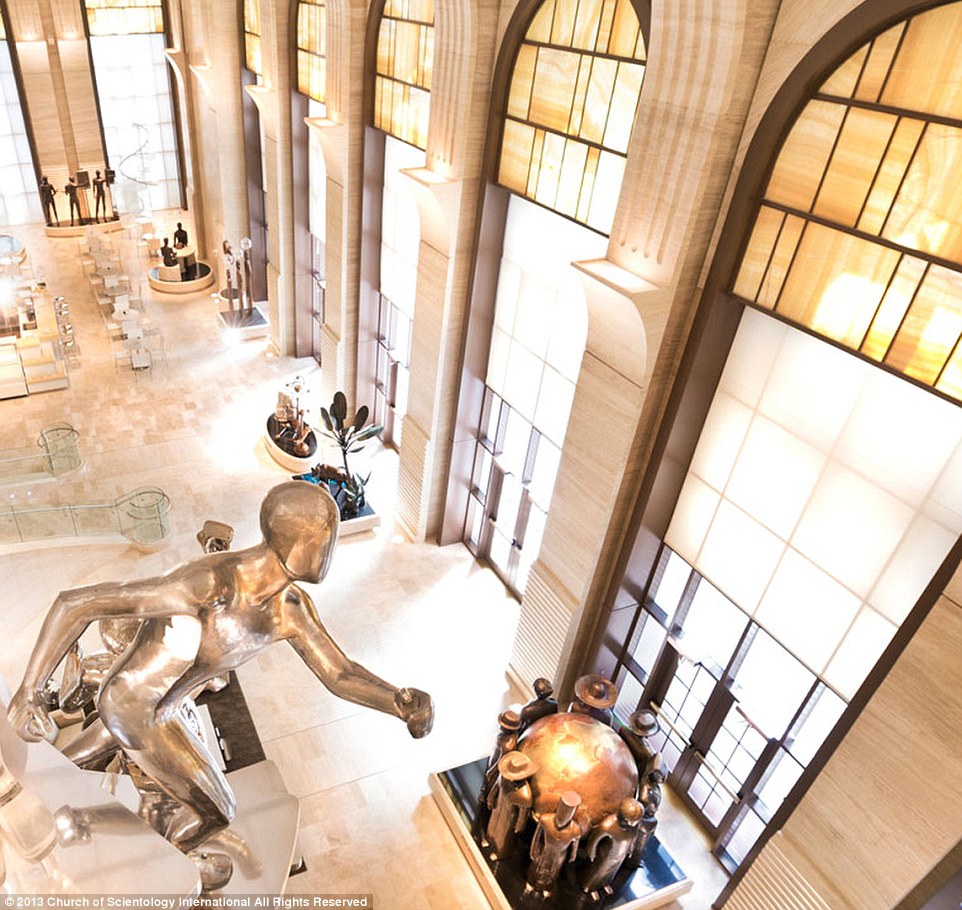 Constructed on the former site of the Gray Moss Inn, which had been unused since 1989, the Super Power Building finished construction in 2011.  It was opened to operations in November of 2013, hailed in by a large gathering of Scientology adherents including Hollywood stars Tom Cruise and John Travolta.  The building is now valued at over $80 million, though totals raised by the Flag Service Organization exceed $145 million.  The Flag Service Organization itself is a 501(c) non-profit, and as a result is one of the few Church of Scientology Organizations with any form of transparency as to its leadership and operations.

According to plans the Church has made available, the building contains numerous theatres and viewing facilities, an indoor running track, two museums honoring L. Ron Hubbard and the Sea Org, bookstores, libraries, and hundreds of study rooms.  The Church also claims that the building contains advanced training equipment to train believers’ “perceptics,” allowing them to achieve superhuman senses and abilities.  These devices allegedly include anti-gravity simulators and partial sensory deprivation devices.  Leaked interior blueprints include strangely named facilities such as the “time machine,” “pain station,” and the “infinite pit.”  The entrance lobby is an enormous chamber lined with sculptures depicting renditions of the ideals of the Church of Scientology.

The construction of the Flag Building facilities was a troubled ordeal.  The original completion date was set to be in late 2003, but the building was not actually completed until 2011 (and did not open until 2013.)  Additionally, due to the numerous delays in the construction and increasing costs of construction, the Church ran numerous fundraising campaigns, asking for donations from members and offering unique accolades for participation.  By the end of the project, the Church’s stated cost of completing the building had doubled.  These costs included nearly half of a million dollars in fines owed to the city of Clearwater for violating city construction codes for years.  The opening date of the Super Power Building was changed a number of times including a sudden cancellation of the opening ceremony just a month before the ceremony was originally planned.  However, despite troubles along the construction timeline, the Flag Building was valued at $80 million at completion and now represents the most recognizable building in Clearwater.