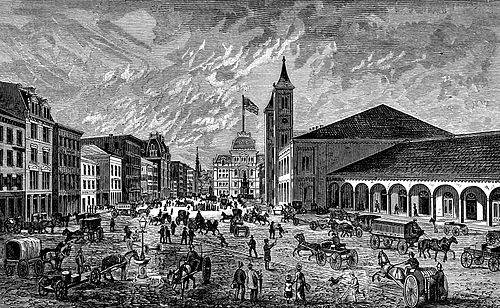 The Greater Kennedy Plaza has been at the center of Providence, Rhode Island and a transportation hub since before the Civil War. Previously, it had been known as Exchange Place and City Hall Park. Horse-driven hacks, narrow-gauge rail lines, and trolley cars converged on this central plaza throughout the 19th and early 20th century. Today, it is the hub for many of the city's local and commuter bus routes. The city recently rebuilt the plaza, returning it to its previous mixed-use function as both a transportation hub and city commons by moving the bus stations from the center of the plaza to the periphery. The project included the creation of more common spaces and crossings for pedestrians, as well a corridor between the Plaza and Burnside Park. 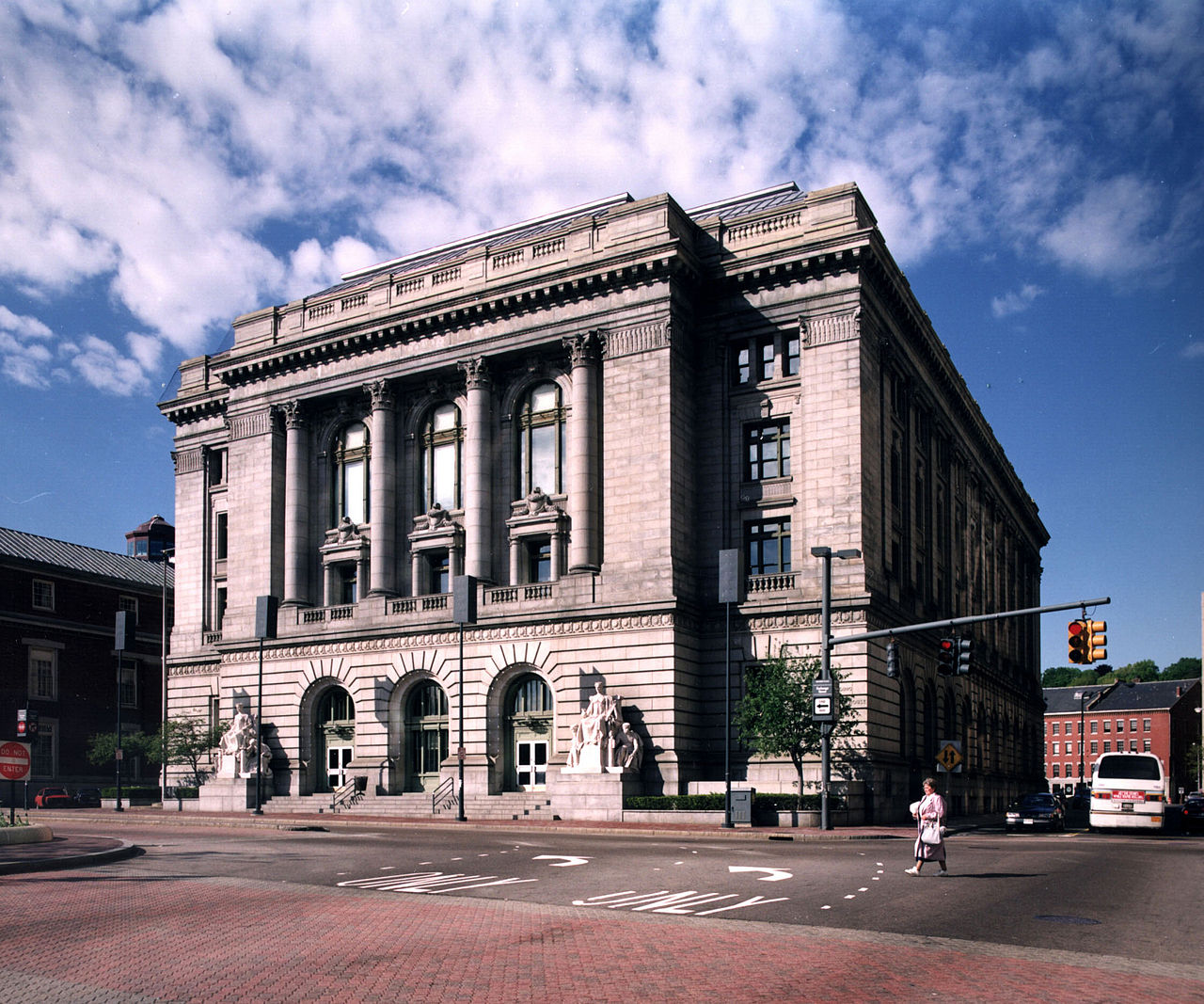 The Federal Building and U.S. Courthouse in Providence, Rhode Island is located on the eastern end of the Kennedy Plaza. The formidable five-story structure was built between 1904-1908 at the cost of over one million dollars. It was designed by architectural firm Clarke and Howe in the Beaux-Arts style. The building's most notable features are the three-story Corinthian columnns that adorn each face of the structure’s exterior. The courthouse was placed on the National Register of Historic Places in 1972. 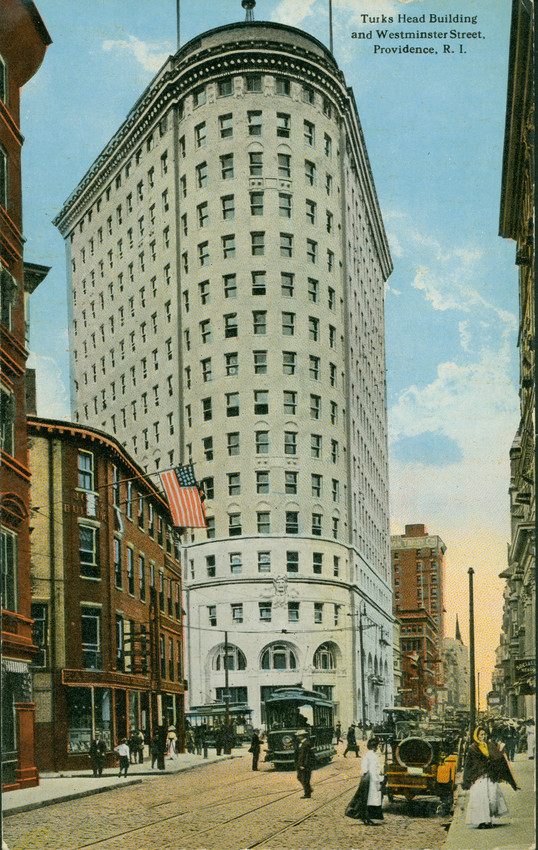 The Turk’s Head Building is an interesting structure built at the intersection of Westminster and Weybosset Streets in downtown Providence, Rhode Island. The v-shaped skyscraper consists of 16 stories and stands 215 feet tall. It was originally designed and built in the early twentieth century (1913). The structure’s front entrance is ornamented with a sculpture of a Turkish man’s head. Currently, the building is used primarily for office and retail space. 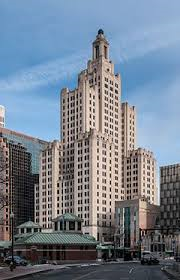 There is one iconic structure marking the Providence skyline, commonly referred to as the “Superman Building.” It was erected for the Industrial National Bank in 1928 as a headquarters for their successful business. But since the 1950s, people have referred to it as the “Superman Building” because it resembles the famous skyscraper Americans were used to seeing in the popular television series. Currently, the building is vacant. Its most recent tenant, Bank of America, moved out of the building in 2013. 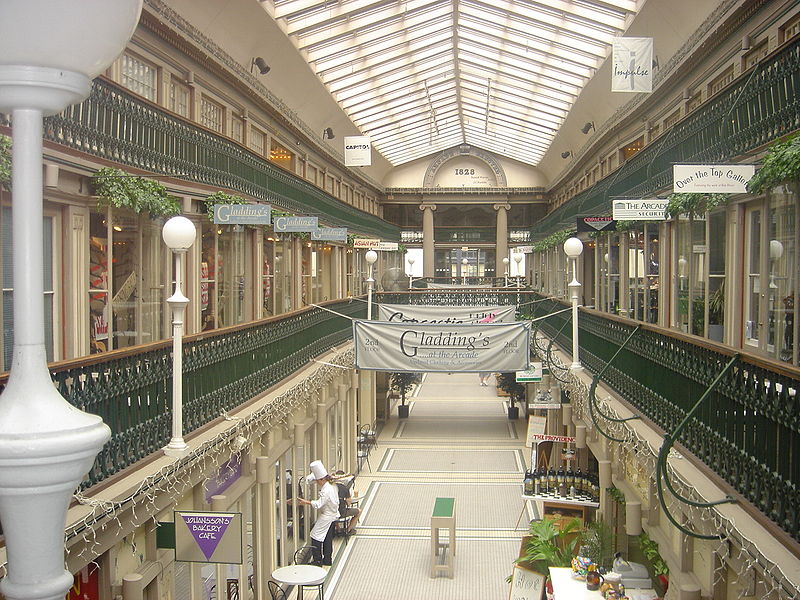 The Arcade Providence, also known as Westminster Arcade, is the first and oldest enclosed shopping mall in the United States. Built in 1828, the Arcade offers an example of Greek-revival architecture applied to a public market. When the Arcade opened in the early 19th-century, the mall featured three floors of shops, each designed around the central promenade. Skylights in the building's ceiling provided illumination until the incorporation of electric light. The historic shopping area and public space has survived a fire and three major hurricanes. More consequential to its survival, however, has been changes in consumer shopping patterns that has nearly led to the demolition of this structure on numerous occasions. Due to its historic significance as the first enclosed mall in the United States, and the broader role in played in the Providence community, the Arcade Providence was listed on the National Register of Historic Places in 1971 and declared a National Historic Landmark in 1976. 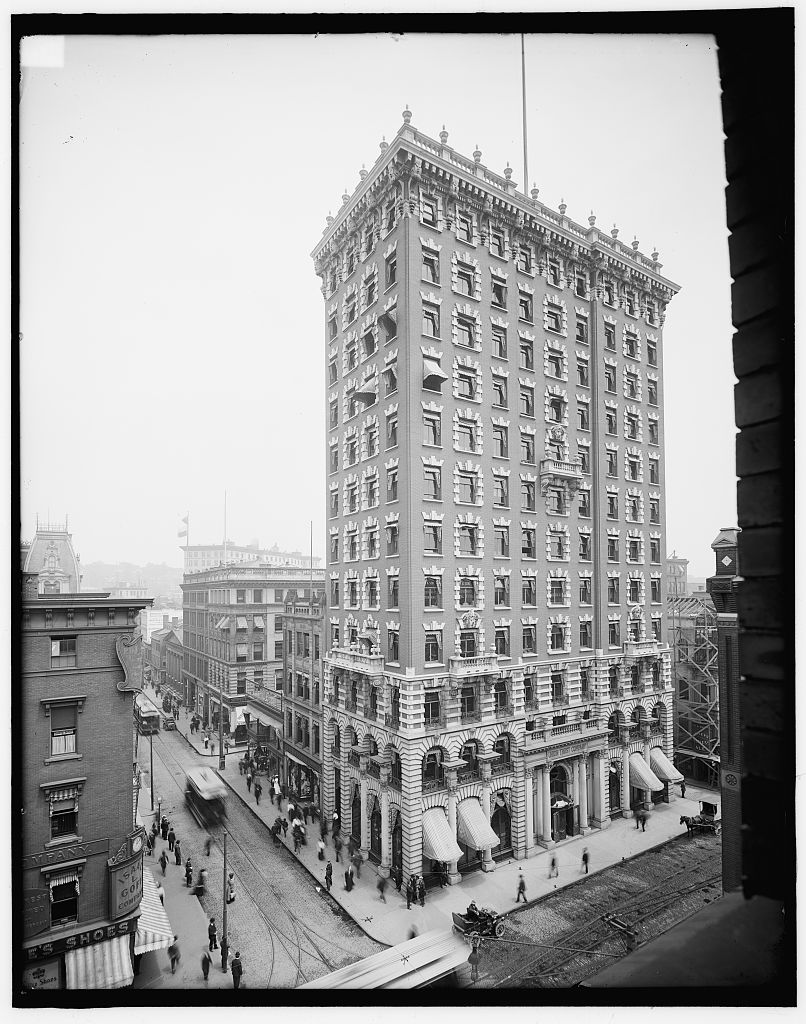 Designed by the local architectural firm of Stone, Carpenter and Wilson, the Union Trust Building - a twelve-story steel-framed structure, externally faced in brick and stone - was constructed by the Union Trust Bank, headed by prominent financier Marsden J. Perry, in 1901-1902. It is in the Renaissance Revival style and was among the tallest buildings in New England at the time it was completed. A banking publication of 1904 wrote of the building: “Rising to a height of 12 stories, it stands a graceful monument of prosperity based upon sound financial methods.” It is currently owned by Providence Capital LLC; the Dorrance Restaurant is on the first floor, where the bank's offices once stood. It was placed on the National Register of Historic Places in 1973. 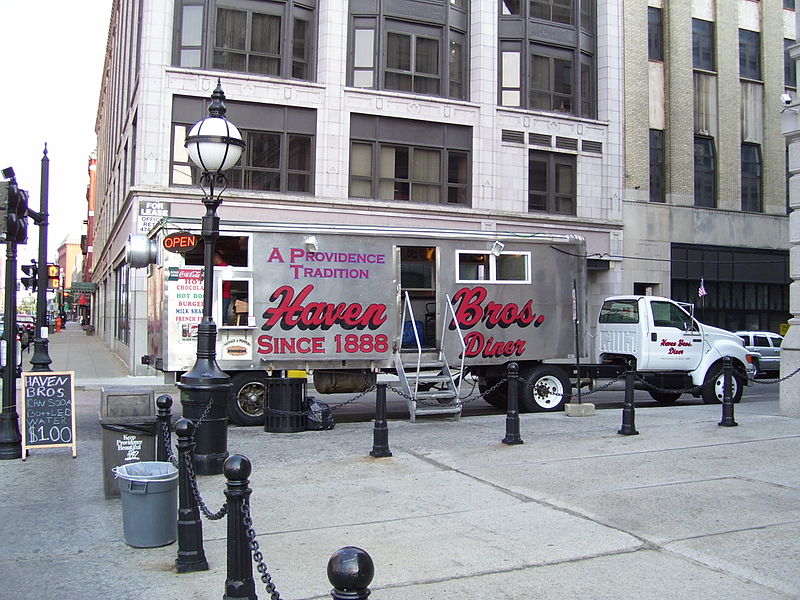 Perhaps the nation's oldest mobile historic landmark, this 1940s-era diner traces its heritage back to the late 19th century, when it began as a horse-drawn lunch wagon. When Patrick Haven died in 1888, his widow, Anne Philomena Haven, decided to establish a lunch wagon with the help of her daughter and son-in-law. Beginning sometime around 1893, the Haven family drove the cart (later upgraded to a rail diner car on a flatbed truck) to the same location in front of the Providence City Hall every day for several generations. In the 1950s, the Havens family sold the business, but little has changed with this popular Providence establishment. The diner's longevity has not been without controversy, as several city officials attempted to force the diner to stop parking next to the city hall at various times throughout the 20th century. 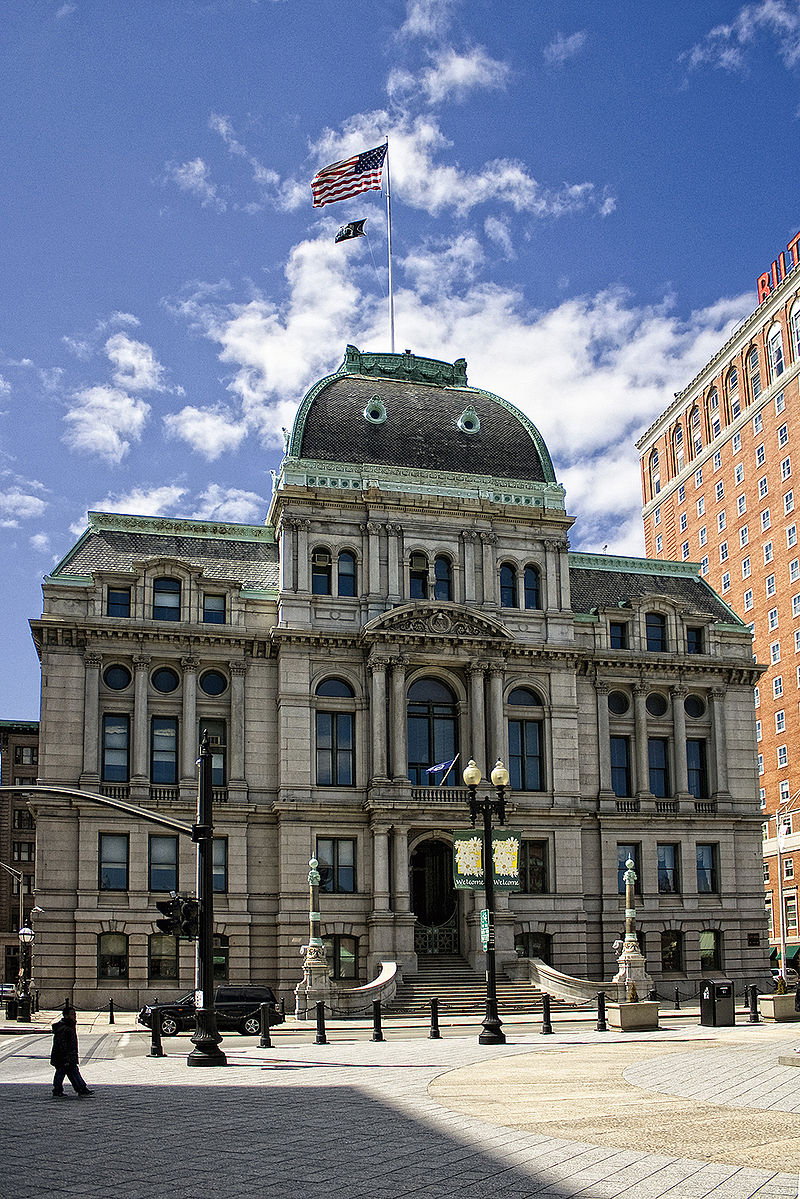 Constructed between 1875 and 1878, this Second Empire Baroque structure has been the only building dedicated entirely to holding the offices of Providence's municipal government, despite many other buildings and meetinghouses serving in this capacity from the colonial period to the late 19th century. For example, the mayor and Board of Alderman had offices above the spaces reserved for vendors in the old Market Square building from the 1830s until the completion of this building. 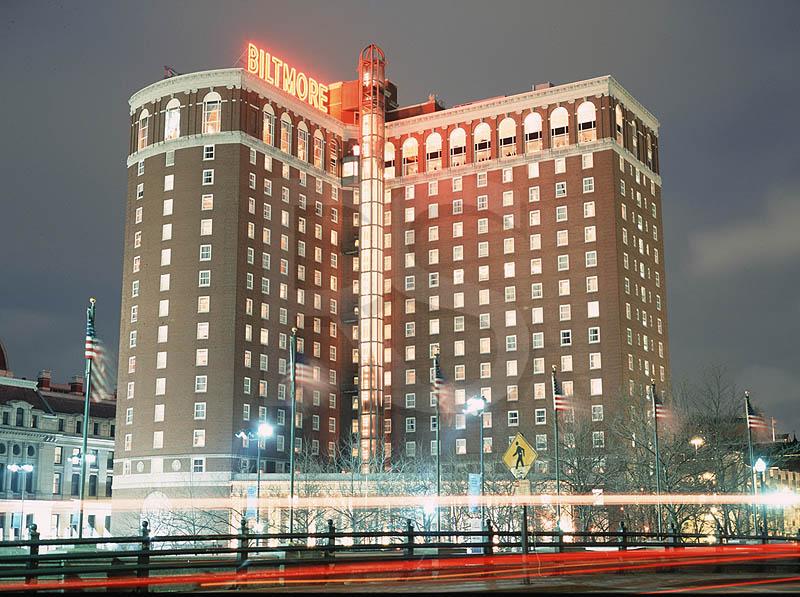 Reporting on the opening of the Biltmore on June 6, 1922, the Providence Journal declared that the event would be “the most elaborate social event ever to be held in the city.” Owners John Bowman and Louis Wallick did not disappoint, lighting the exterior of their hotel with 25,000 lights and inviting celebrities and prominent leaders from New York and other surrounding states. The Biltmore was the largest building in the city at the time and held six hundred guest rooms. Although the building survived several natural disasters, including a hurricane in 1938 that left the lobby under eight feet of standing water. However, the luxury hotel almost succumbed to the effects of suburbanization, the changing tastes of consumers, and proliferation of smaller hotels. With fewer guests staying downtown and far more costs related to maintenance than newer hotels, the Biltmore closed in 1974. With the help of federal tax credits for historic buildings, a group of investors were able to purchase and renovate the property in the following years. The hotel re-opened in 1979 and is now part of the Hilton chain. 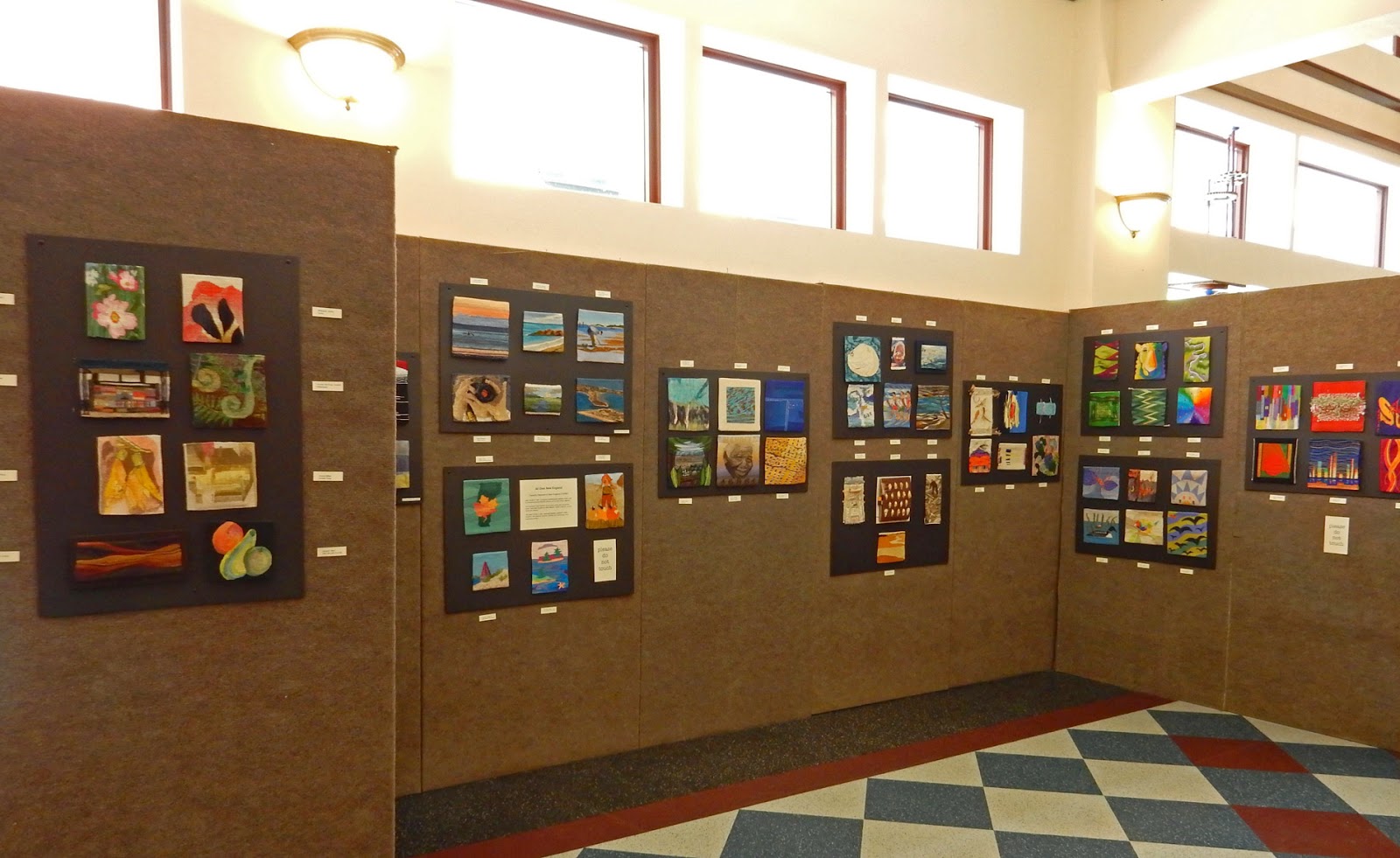 URI's Providence Campus Urban Arts and Culture Program at the Feinstein Providence Campus Gallery offers visual and performing arts programs focused on cultural diversity and urban community issues, including a wide variety of topics including homelessness; race, ethnicity, and gender; breast cancer awareness; and local history. All events are free and open to the public, and the gallery also participates in Gallery Night Providence on the third Thursday of every month.