This Grand Army Plaza memorial commemorates the thirty-fifth President of the United States, John F. Kennedy (1917-1963). Born into a wealthy, well-connected Irish-Catholic family in Massachusetts, he graduated from Harvard in 1940 and served in the South Pacific during the final years of the Second World War. Kennedy served in the U.S. House of Representatives from 1947 to 1953 and the U.S. Senate from 1953 to 1960. In the presidential election of 1960, he narrowly defeated Republican nominee, Vice President Richard Nixon. With his victory, Kennedy became the youngest man and the first Roman Catholic ever elected to our country’s highest office. On the afternoon of November 22, 1963, he was assassinated by Lee Harvey Oswald while traveling in a motorcade through Dealey Plaza in downtown Dallas, Texas. Dedicated on August 24, 2010, the memorial consists of a bronze bust of Kennedy situated on a grey granite pedestal, both designed by sculptor Neil Estern. Etched into the front of the pedestal is the famous, inspirational line from Kennedy’s inaugural address: “Ask not what your country can do for you—ask what you can do for your country.” 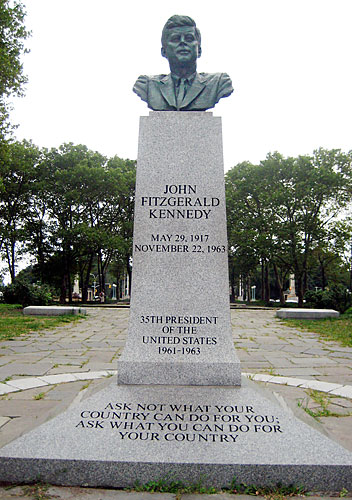 A closer look at the bronze bust 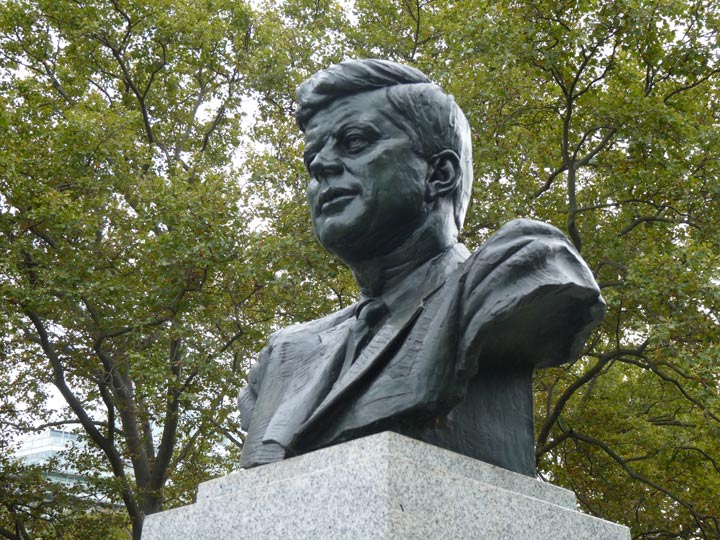 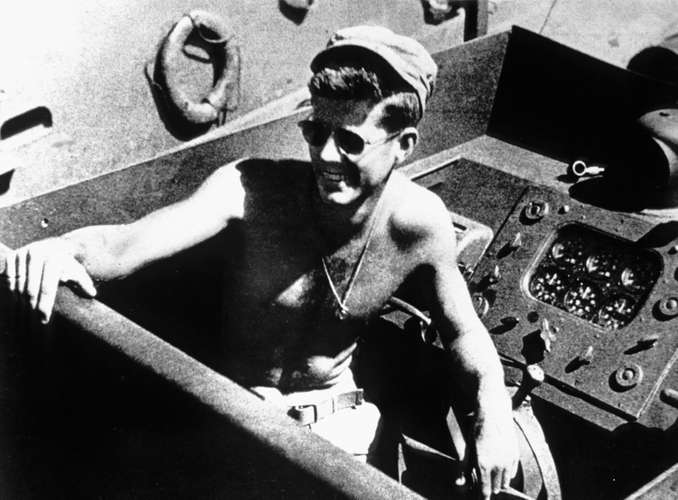 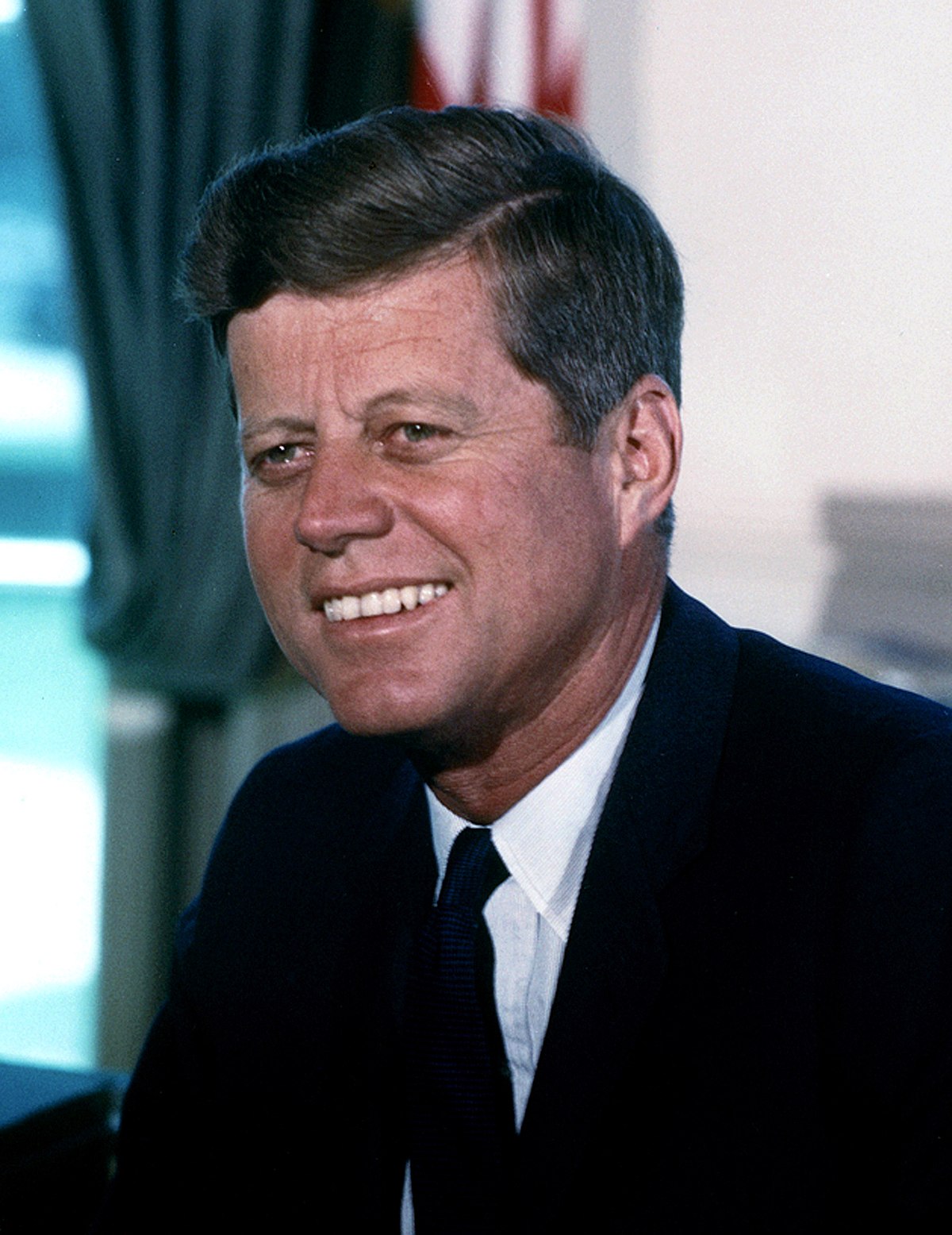 President Kennedy with his wife, Jackie, moments before the assassination 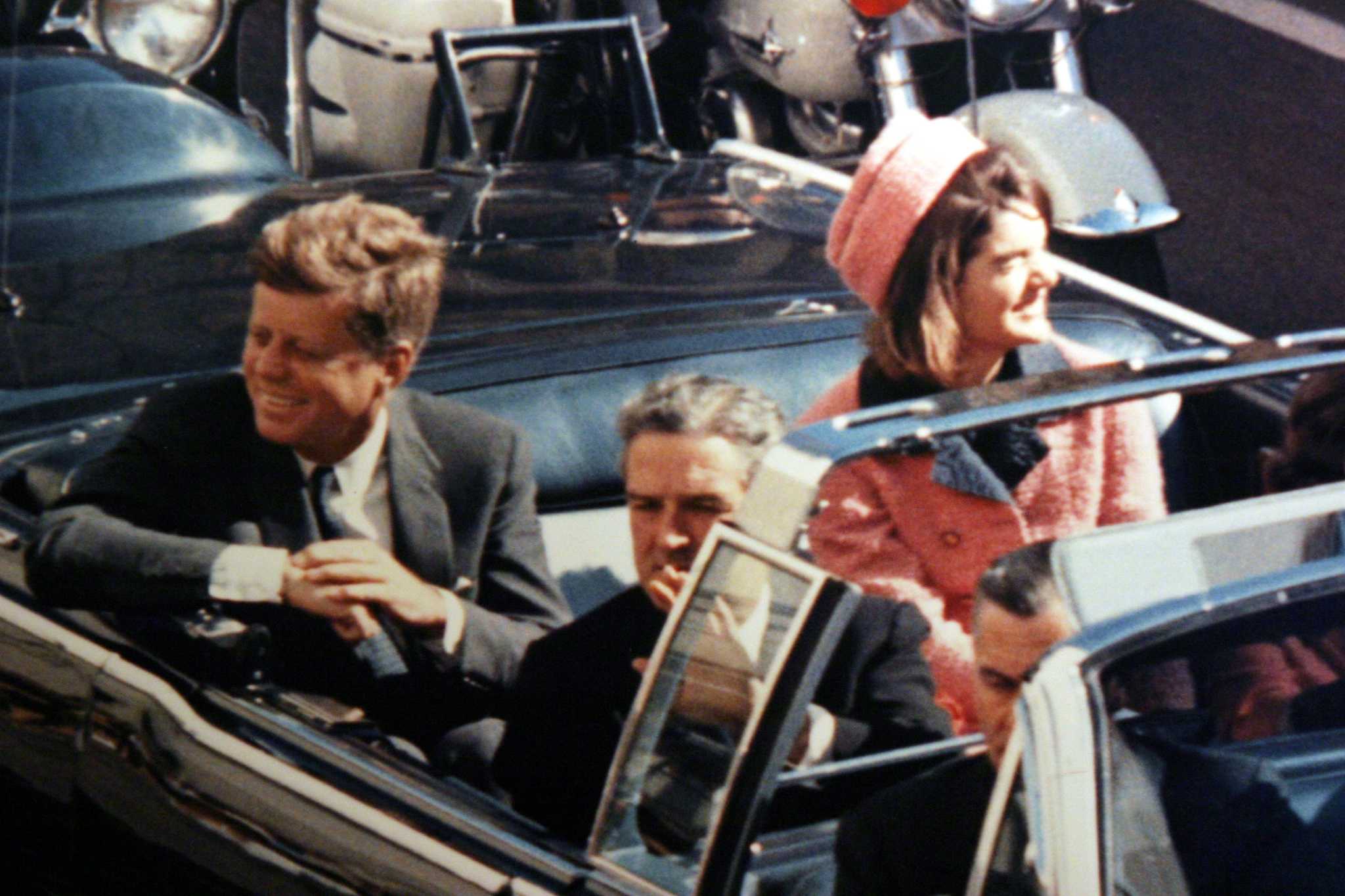 John Fitzgerald Kennedy was born into a wealthy, well-connected Irish-Catholic family in Brookline, Massachusetts on May 29, 1917. His father, Joe Kennedy, had amassed a large fortune in banking, real estate, and stock market speculation. His mother, Rose (Fitzgerald) Kennedy, was the daughter of John F. “Honey Fitz” Fitzgerald, a former mayor of Boston and member of the U.S. House of Representatives. The second of nine children, Kennedy graduated from Harvard in 1940. The following year, he enlisted in the U.S. Navy and served in the South Pacific during the final years of the Second World War. In early August 1943, a Japanese destroyer collided with and sank PT-109, a patrol torpedo boat commanded by Kennedy. Despite suffering significant injuries, he helped lead the survivors to safety. For his heroics, Kennedy received the Navy and Marine Corps Medal.

Following the war, Kennedy launched his political career, during which he never lost a race. In 1946, at the age of twenty-nine, he ran as a Democrat and won a seat in the U.S. House of Representatives, representing Massachusetts’ Eleventh Congressional District. After serving three terms in the House, Kennedy ran for the U.S. Senate in 1952. In a relatively close election, he defeated popular Republican incumbent, Henry Cabot Lodge, Jr. The following year, the junior senator from Massachusetts married Jacqueline Lee Bouvier. In the mid-1950s, while recovering from back surgery, Kennedy wrote Profiles in Courage, which won the Pulitzer Prize for biography in 1957. Three years later, he secured his party’s nomination for President of the United States. That November, Kennedy narrowly defeated Republican nominee, Vice President Richard Nixon. With his victory, he became the youngest man and the first Roman Catholic ever elected to our country’s highest office.

The Cold War abroad and the civil rights movement at home dominated Kennedy’s presidency. In 1961, a CIA-orchestrated operation to oust communist dictator Fidel Castrol from Cuba, known as the Bay of Pigs Invasion, ended in disaster. The following year, the Cuban Missile Crisis brought the United States and the Soviet Union to the brink of nuclear war, but helped make possible the Limited Nuclear Test Ban Treaty in 1963. At home, Kennedy put federal pressure on the University of Mississippi and the University of Alabama to admit African American students. In 1963, during a primetime address to the nation, he called for the passage of landmark civil rights legislation. The result would be the Civil Rights Act of 1964, which outlawed racial segregation in public places and racial discrimination in employment. On the afternoon of November 22, 1963, Kennedy was assassinated by Lee Harvey Oswald while traveling in a motorcade through Dealey Plaza in downtown Dallas, Texas.

The idea of a memorial to President Kennedy in Brooklyn originated with the president of the Borough of Brooklyn, Abe Stark. Soon after Kennedy’s assassination, Stark suggested the idea to the mayor of New York City, Robert F. Wagner, and the commission of the New York City Department of Parks and Recreation, Newbold Morris. The American Institute of Architects oversaw the design competition and selected the proposal submitted by the firm Morris Ketchum, Jr. and Associates. Dedicated on May 31, 1965 in Grand Army Plaza, the memorial consisted of a bronze portrait bust of Kennedy, designed by sculptor Neil Estern, mounted on an oblong pedestal sheathed in Vermont marble. Etched into the front of the pedestal was the famous, inspirational line from Kennedy’s inaugural address: “Ask not what your country can do for you—ask what you can do for your country.” A stairway led up to the memorial, which sat at the center of a circular plaza, forty-one-feet in diameter and partially paved with ebonite pebbles from the Amazon River. In attendance at the unveiling, in addition to Stark and Wagner, was Kennedy’s younger brother and former U.S. attorney general, Robert F. Kennedy.

The memorial’s design, along with mistakes made during construction, led to the memorial’s eventual replacement. Over time, moisture became trapped in the pedestal’s marble veneer, which resulted in discoloration and rapid deterioration. Vandalism during the 1960s and 1970s, when Prospect Park fell into disrepair, only exacerbated the situation. Finally, at the beginning of the twenty-first century, the City of New York and the Prospect Park Alliance moved to renovate the northern part of Grand Army Plaza, which provided an opportunity to address the memorial and its plaza. The stairway was removed and the plaza repaved with bluestone. A new grey granite pedestal designed by Estern replaced the old, discolored one. In addition, the sculptor designed a new bronze bust of Kennedy. The redesigned memorial to President Kennedy was unveiled on August 24, 2010.