The Kingsland Homestead, a New York City landmark, is located in Murray Hill, Queens. It was built by Charles Doughty in 1785 but later bought by Joseph King. After that, it was threatened by multiple harmful expansions leading it to become one of the first buildings in the City to be declared a landmark. After being moved in 1968, it now sits in its new neighborhood and was officially declared a museum in March of 1973. 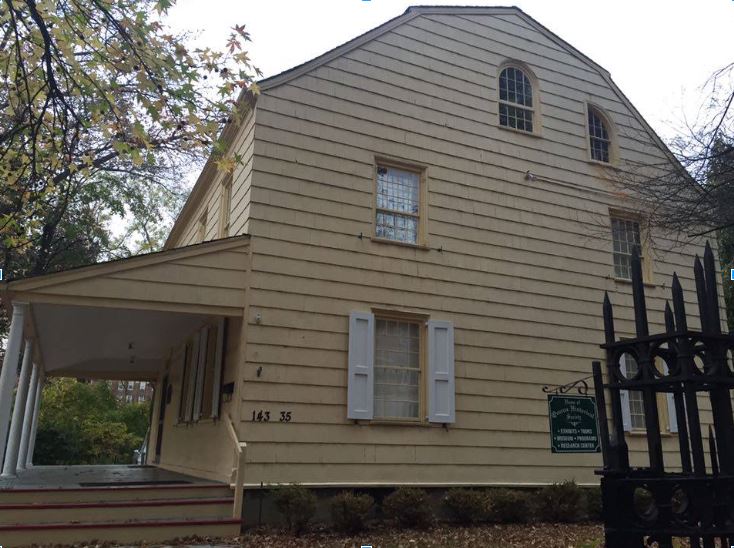 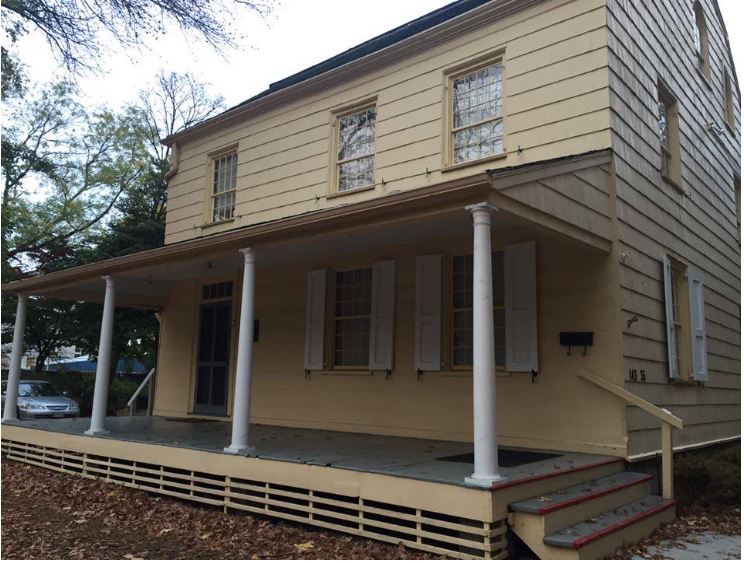 The Kingsland Homestead is one of the oldest surviving examples of the residential style construction common in Queens during the 18th and 19th centuries. This style is defined by the wide side hall and double parlors to one side. Additional characteristics include a central chimney, three front windows on the second floor, and a dependent kitchen wing.

In 1801, Captain Joseph King purchased the farmhouse from his father-in-law. King was the one who named the building "Kingsland," as he made many improvements to it. These improvements included adding gutters and window shutters, painting the upstairs room and kitchen wing, adding a front porch flush board siding that ran the length of the building, and constructing three out-buildings.

Then, in 1839, Joseph Harris King (Captain King's son) married the daughter of James Bloodgood and moved the Bloodgood Nursery into the Kingsland property. He also brought his nephew, William King Murray, into the business. William married Annie Cornelia Mitchell in 1868, and they both moved into Kingsland to raise their children. He added an attic apartment for his older sister, Mary. Mary kept a diary which contains most of the information that we now know about the homestead. This family lived on Kingsland into the late 1800s.

After the Murrays bought an apartment in Kings Court, they sold the house to the Dixon family in 1937 because of the effect that the Great Depression had on them.

The house later became a landmark in 1965; the first in Queens to have received this honor. But, due to the fear of a shopping center being built on the Homestead land, the Kingsland Preservation Committee with help from the Society for the Preservation of Long Island Antiquities, moved the home to Weeping Beech Park in 1968. This new location was suitable because the park was originally part of the Parsons Nursery and the historic site of America's first weeping beech tree.

Later in 1971, both the Kingsland Preservation Committee and the Queens Historical Society came together and restored the Homestead. This allowed the Homestead to open to the public as a museum. For the past three decades, the Queens Historical Society has used the Kingsland Homestead as a headquarters, and the rooms are used as exhibits, meeting places, archives, and libraries. It is also part of the Historic House Trust of New York City because it is a historic house in a city park.