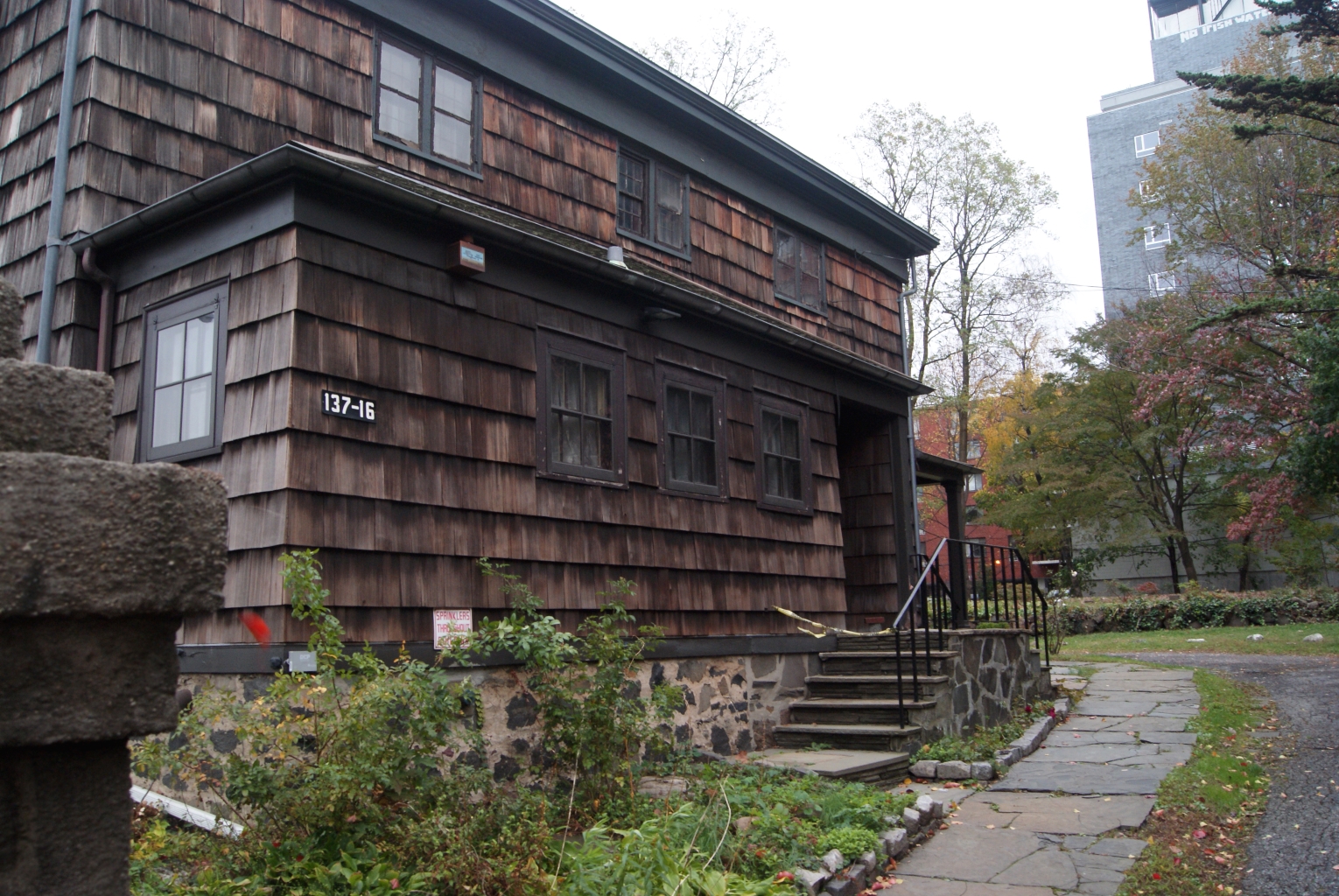 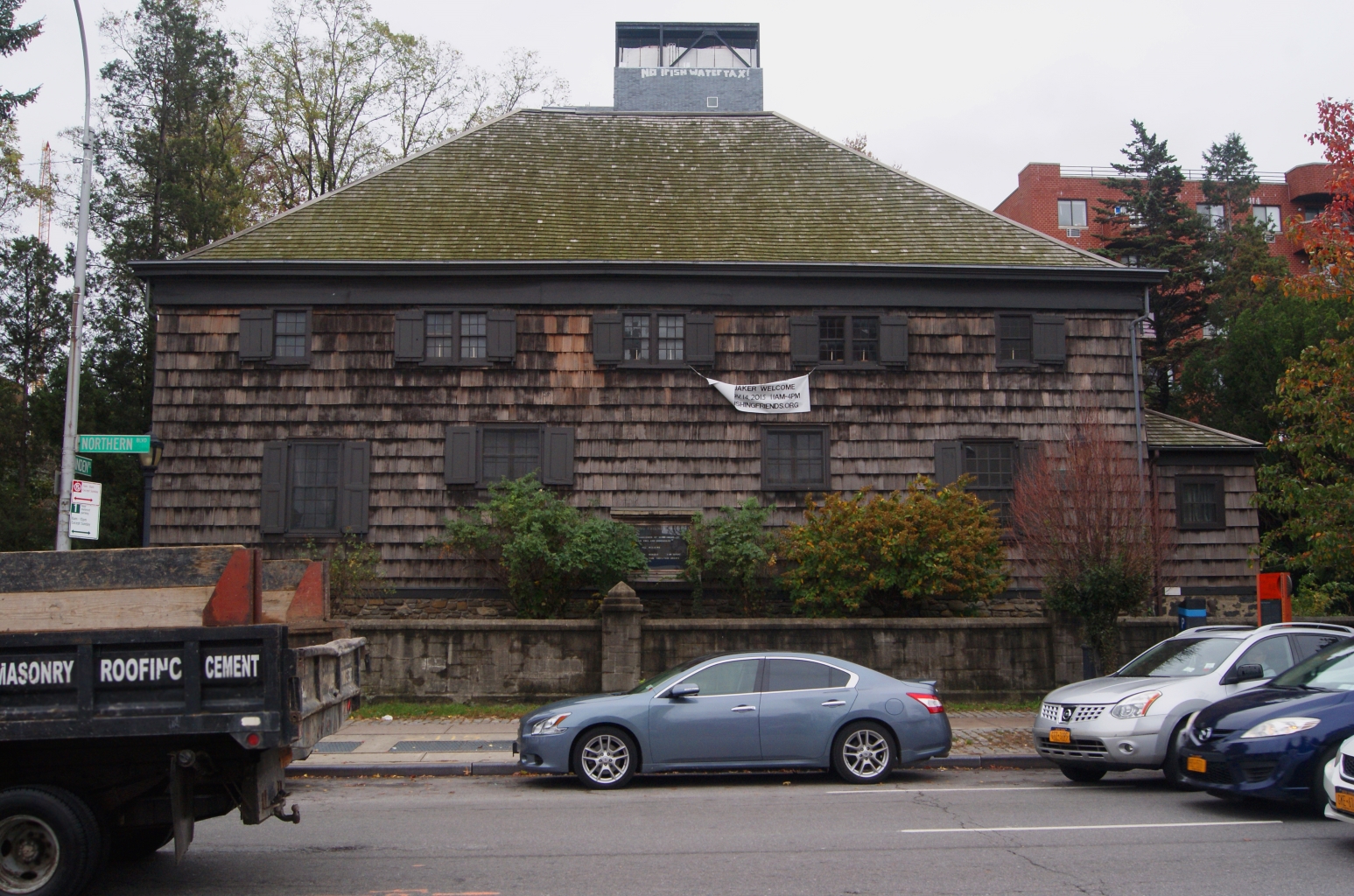 Since 1977, the Old Quaker Meeting House in Flushing, Queens County has been recognized as a National Historic Landmark, an Individual New York City Landmark, and has also been listed in the National Register of Historical Places. It is a symbol of the earliest struggle of religious freedom in America alongside views against slavery, injustice, and violence. Notable figures like George Washington, John Woolman, and William Penn have all visited the Old Quaker Meeting House.
Built in 1694 by John Bowne and his contemporaries, the Meeting House's original purpose was to serve as a venue for Quaker meetings and worship. At the time, the Quakers tolerated severe religious persecution by both Governor Peter Stuyvesant and the Flushing townspeople. Punishments ranged from fifty pound fines to banishment from the community. In 1662, Bowne was arrested for hosting a private, religious meeting, meanwhile refusing to pay the fine associated with the charge. Governor Stuyvesant sent Bowne across the ocean on a ship set for Holland. There, Bowne reached the West Indies Dutch Company and pleaded for help from greater authorities. A year later, Stuyvesant received a letter from the burghers in Holland demanding religious tolerance in the New World. Stuyvesant accepted their request and lifted the harsh punishments set upon the Quakers. Upon returning to New York, Bowne and John Rodman purchased three acres of land on Northern Boulevard to build a religious meeting house and graveyard by its side.
Typical to the 17th century style architecture, the Quaker Meeting House is built upon a 42-foot long oak-wood frame structure both plain and rectangular. The steep, hipped roof is almost as tall as the two stories below that support it. On the interior, the room features warm-toned floorboards with simplistic benches scattered around and hand-cut timber ceiling beams.
Next to the Quaker Meeting House is a graveyard, burial grounds for many prominent figures of Long Island including John Bowne, William Burling, Matthew Franklin, and Samuel Leggett. Because the Quakers did not use headstones, those buried earlier were difficult to identify. Even when the headstones were incorporated, they were really small and bare with only initials to show for names. Over time, the headstones slowly sank into the ground, shifted positions, or were stolen.
For the last 300 years, the Quaker Meeting House has and continues to be not only a place for free, religious worship, but also a symbol of education and a setting where people advocate for what they believe in. Nowadays, the site is used for the Peace & Social Action Committee, book discussion groups, Library Committee, etc. Every Sunday, worship meetings are held at 11:00AM while tours are available from 12:00PM to 12:30PM.