A picture of Bloch Hall from the 1917 course catalog 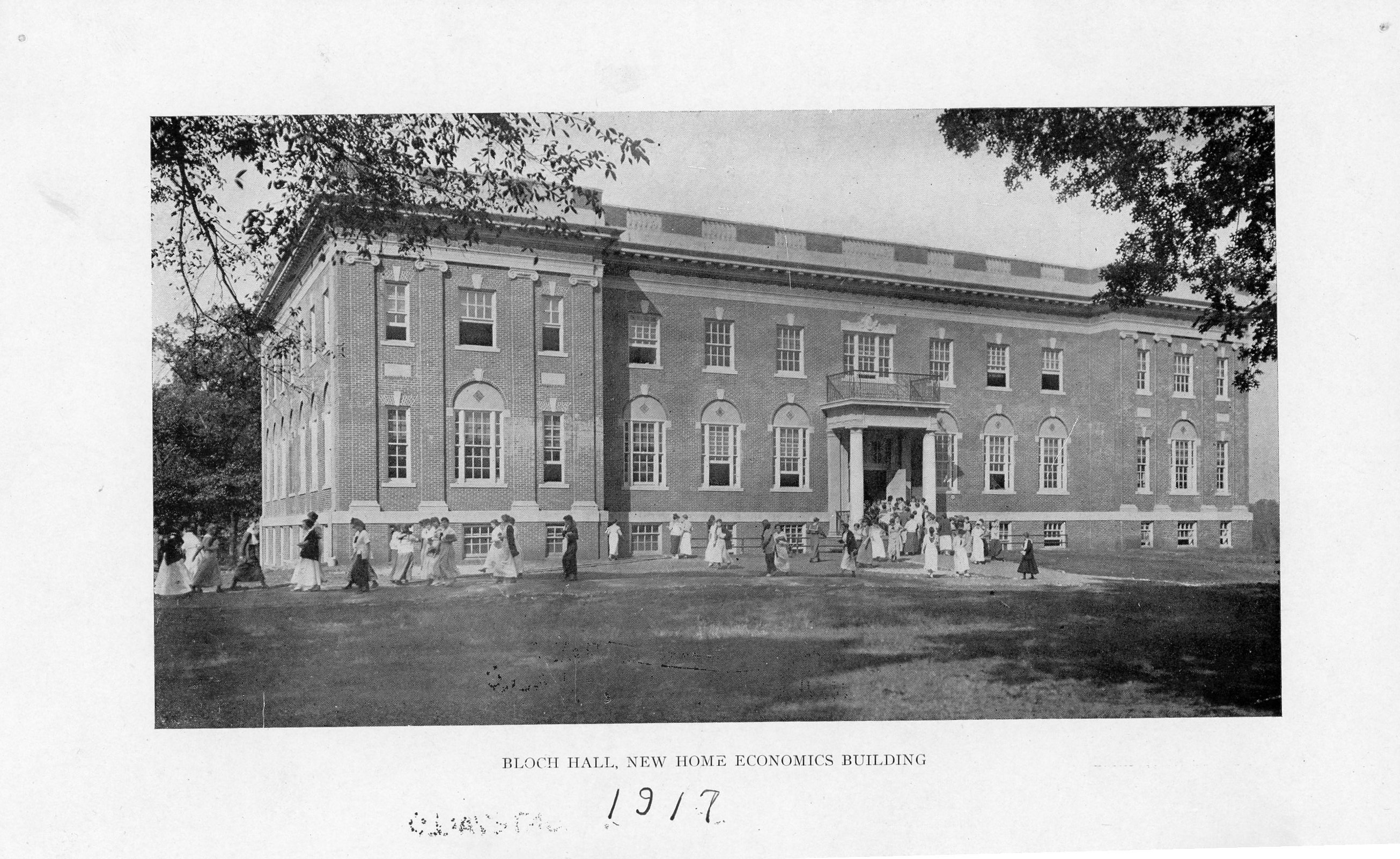 A postcard with a picture of Bloch Hall 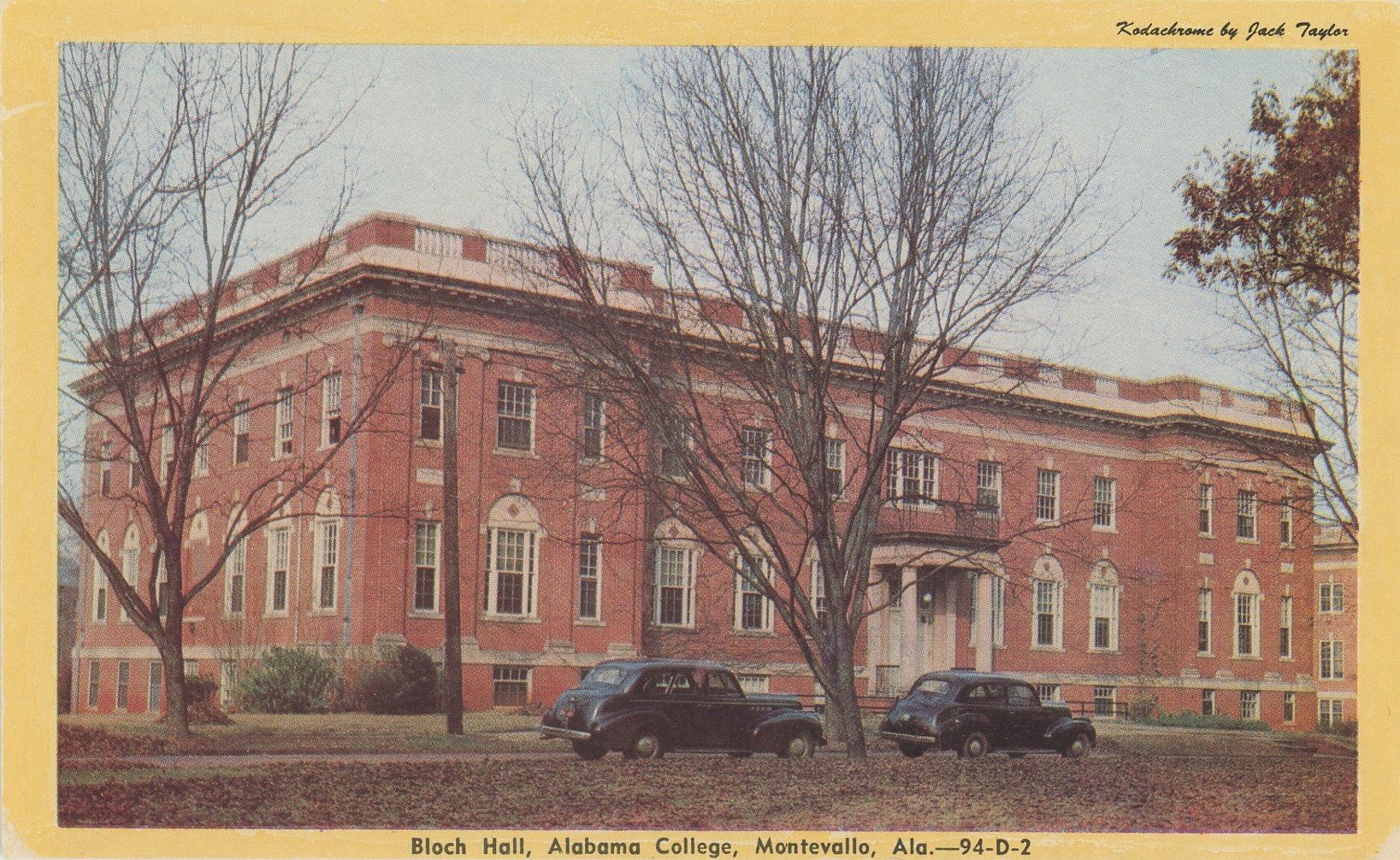 Before Bloch Hall was built, several of the school's courses, especially "industrial" courses, were scattered across different locations on campus. With the new building came a consolidation of all these courses into one place. The plans for the building were approved in 1914, and construction was completed in 1915.

The building was often referred to as the "new science building," but when Harman Hall was built the majority of the science classes were moved out of Bloch. Now, it only houses fine arts and family consumer sciences courses.