In 1902, Arthur Davenport bought the Carter House, removed it, and built the Jefferson Hotel. A group of Charles Town businessmen formed the Jefferson Hotel Corporation in 1945 and purchased the Jefferson Hotel property with the intention to provide Charles Town residents with restaurants, lunch rooms, barber shops, beauty parlors, and refreshment facilities in connection with the hotel. Only white men were welcomed fully to the hotel and its amenities. Women had to use a separate entrance (note the sign “Women’s entrance” on the far left in the image behind) and African Americans were barred from staying at the hotel. 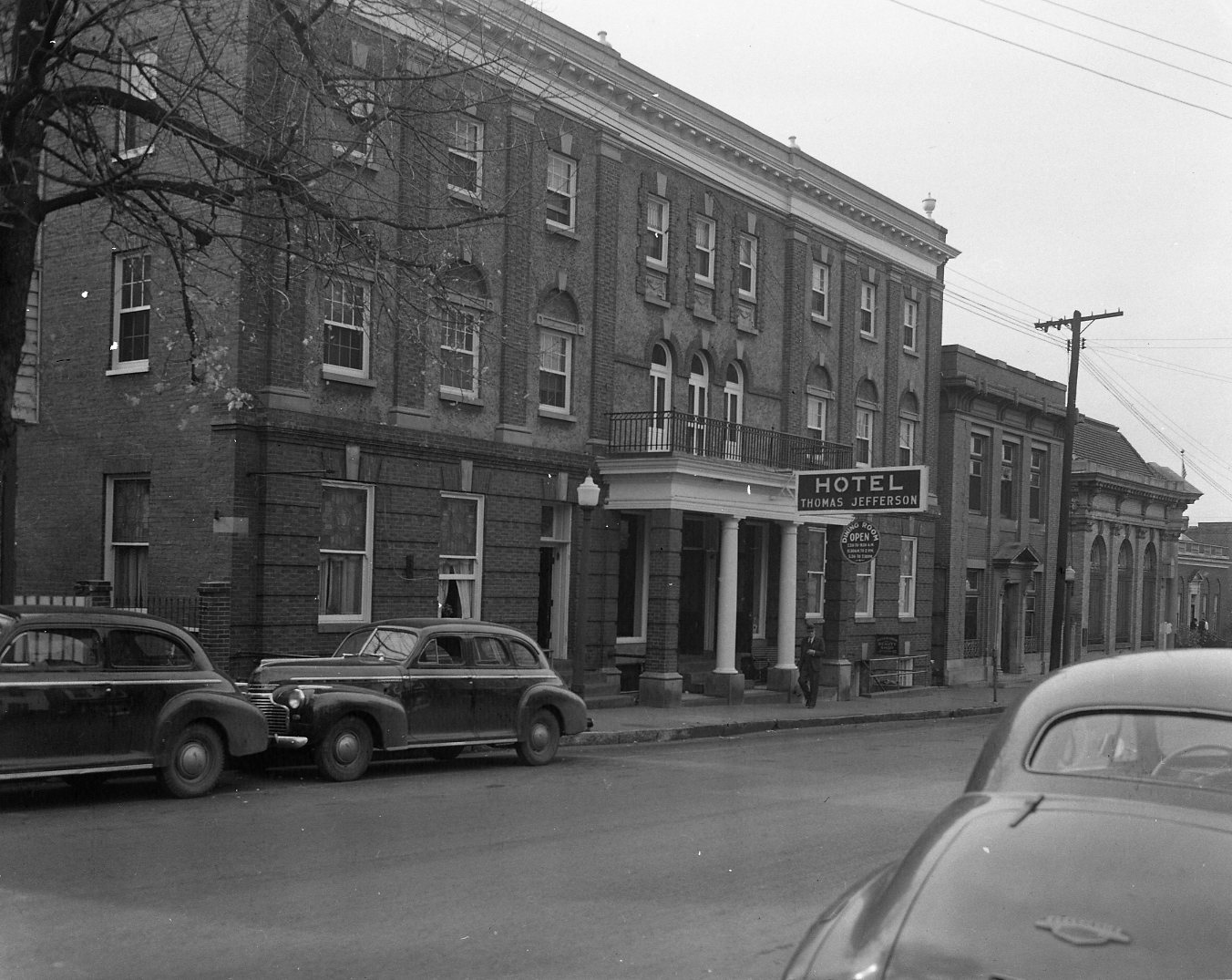 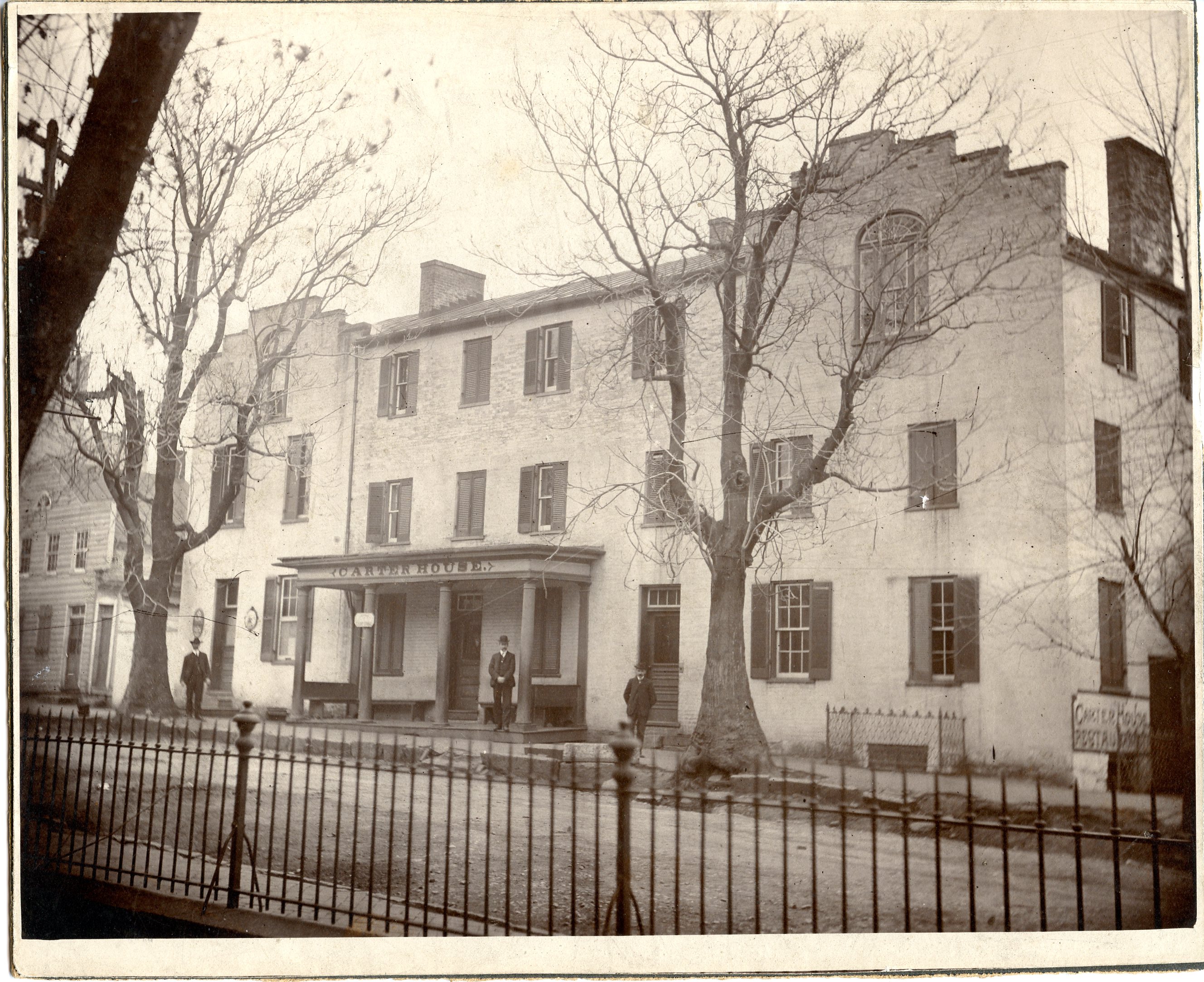