The Americus Hotel was built during the height of the Jazz Age in 1927. The hotel was largely the brainchild of local businessman and real estate developer, Albert Gomery. Gomery envisioned a grand hotel that could host business travelers and lavish parties with equal alacrity. The 13-story hotel, with a Spanish Moor design was the focal point of Allentown’s business district for over 40 years. However, as Allentown suffered through economic troubles in the 1970s and 80s, so too did the Americus. It was condemned in 2007. The Americus was recently purchased by another developer and renovations are currently underway. It was listed on the National Register of Historic Places in 1984.

The Americus Hotel during recent renovations. 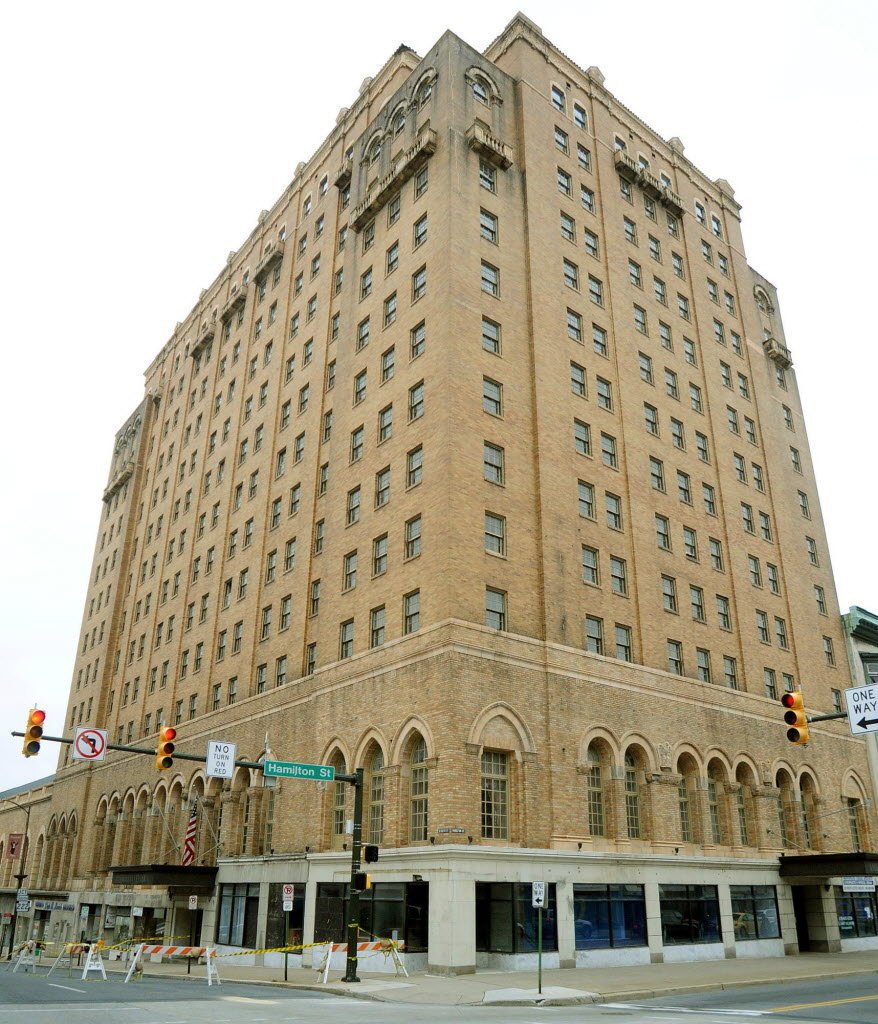 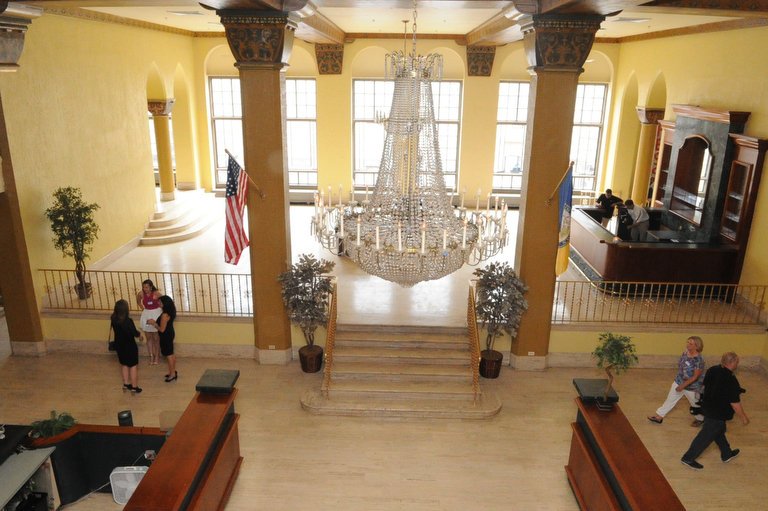 The Americus during its abandonment. Notice the numerous broken windows. 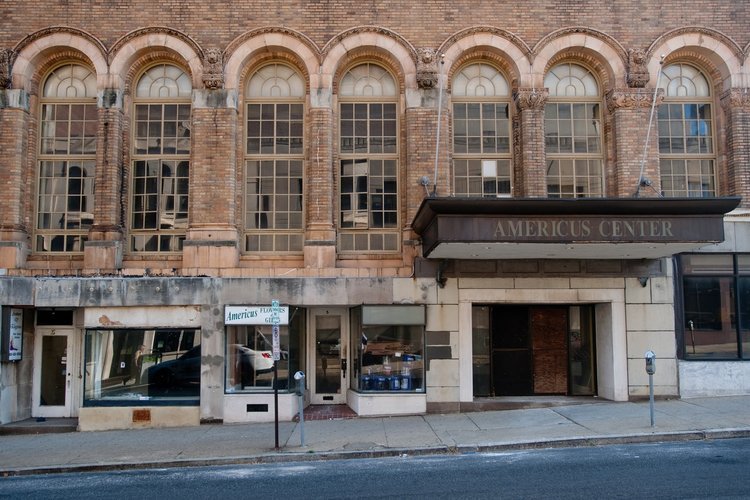 A worker removes the Radisson sign from the Americus in 1994. 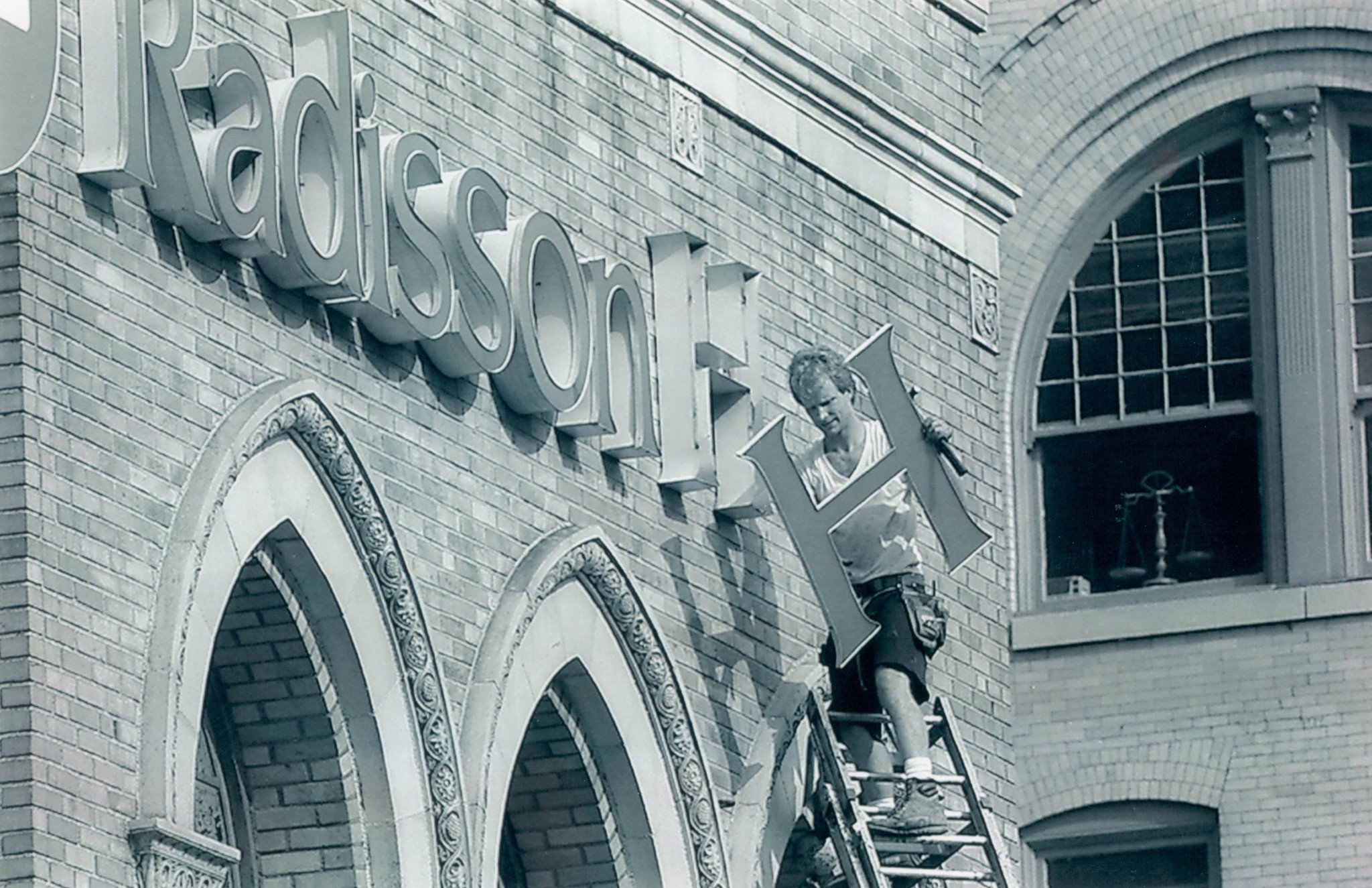 Albert Abdouche, the man responsible for bringing the Americus back to life, stands above one of the hotel's banquet rooms. 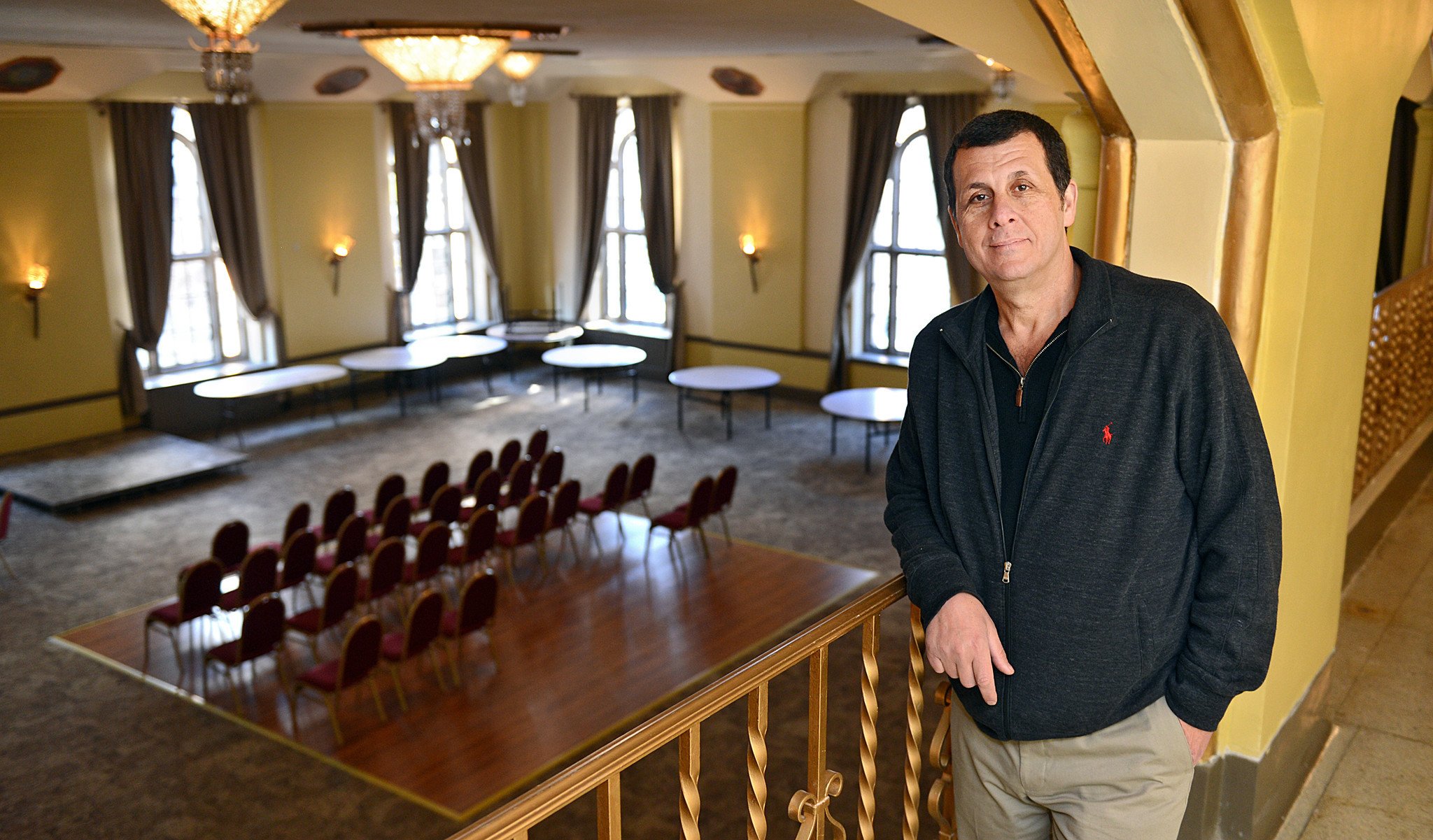 The site that now hosts the Americus has been the location of a hotel since 1810.  In that year, Abraham Gangewere built a small wood-frame tavern and inn. It was later enlarged by Charles Seagraves, named the Northampton Inn and visited by President Martin Van Buren in 1837.  By World War I it had expanded to five stories and was re-christened the American Hotel.  However, by the early 1920s it had fallen into a state of disrepair and was purchased by Aaron Potruch in 1924.  Potruch then had the hotel razed with plans of constructing an office building on the site.

It’s at this point that Albert Gomery enters the story.  Gomery, president of Allentown’s Chamber of Commerce, convinced other local business leaders to fund the construction of another hotel on the site of the former American Hotel.  The result was the 13-story, yellow brick Americus with arched windows and balconies on the upper floors.  It was designed by the Philadelphia architectural firm of Ritter and Shay with a Spanish Moor design.  It featured over 300 rooms, two ballrooms and a lavish lobby.  Construction began in 1926 and the grand opening took place on September 13, 1927.

The Americus was utilized by business travelers and revelers alike.  Its grand ballroom hosted “grand balls,” receptions, and numerous parties through out the mid-twentieth century.  Unfortunately, with the decline of the steel industry in the 1970s and 80s, the Americus suffered as well and fell into arrears.  In 1985 it was sold to Mark Mendelson and the Americus Center Inc., renovations were undertaken and it joined the Radisson chain in 1988.  By 1994, it lost its Radisson affiliation and went up for sale at sheriff’s auction.  There were no bids offered due to the hotel’s large amount of debt.  It was part of the Clarion Hotel chain from 1995-1998 and its occupation permit was revoked in 2002.  Utilities were cut in 2005 and its last tenants were forced to leave in 2007.

In 2009, the Americus was purchased at sheriff’s sale by developer Albert Abdouche.  It was then included in the city’s Neighborhood Improvement Zone and became eligible for tax revenues after Abdouche secured a $9 million loan in 2017.  There are now plans to convert the hotel into a multi-use facility to include hotel rooms, apartments, retail storefronts, office space and eateries.  As of this writing, renovations continue on the historic hotel and its banquet rooms are available for rental.