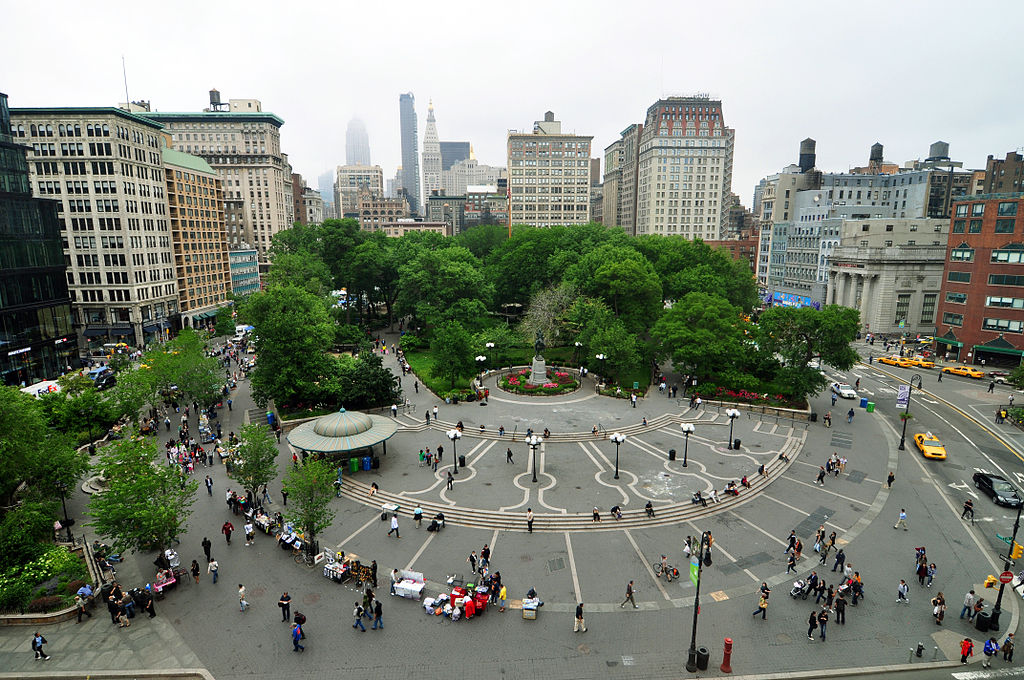 Named for its location at the intersection (or union) of Bloomingdale Road (now Broadway) and Bowery Road (now Fourth Avenue), Union Square Park (also referred to simply as Union Square) opened to the public in 1839. Throughout its history, the park has been the site of innumerable workers’ protests and rallies, even serving as the terminus of the first Labor Day parade on September 5, 1882. Due to its significance to American labor history, the United States Department of the Interior designated the park a National Historic Landmark in 1997. Today, the park boasts several monuments, in addition to a tremendously popular open-air market. It remains a popular site for protests and demonstrations.

This statue commemorates lawyer, social activist, and leader of the Indian independence movement, Mohandas Gandhi (1869-1948). A practitioner of nonviolent civil disobedience, he protested the injustices suffered by Indians under the British Raj during the early twentieth century. During this time, Gandhi also worked assiduously to promote peace and understanding between Hindus and Muslims in India. In 1948, while on his way to a prayer meeting in New Delhi, he was assassinated by a Hindu extremist. On October 2, 1986, a statue of Gandhi was dedicated in Union Square Park. Donated by the Gandhi Memorial International Foundation with support from Indian-born fashion tycoon Mohan Murjani, the over-life-sized bronze statue depicts Gandhi walking with a staff, peering into the distance. Designed by sculptor Kantilal B. Patel, it was installed in Union Square Park because of the park’s long history as a site of demonstrations and protests. Today, the statue remains in its original location near the southwest corner of Union Square Park. 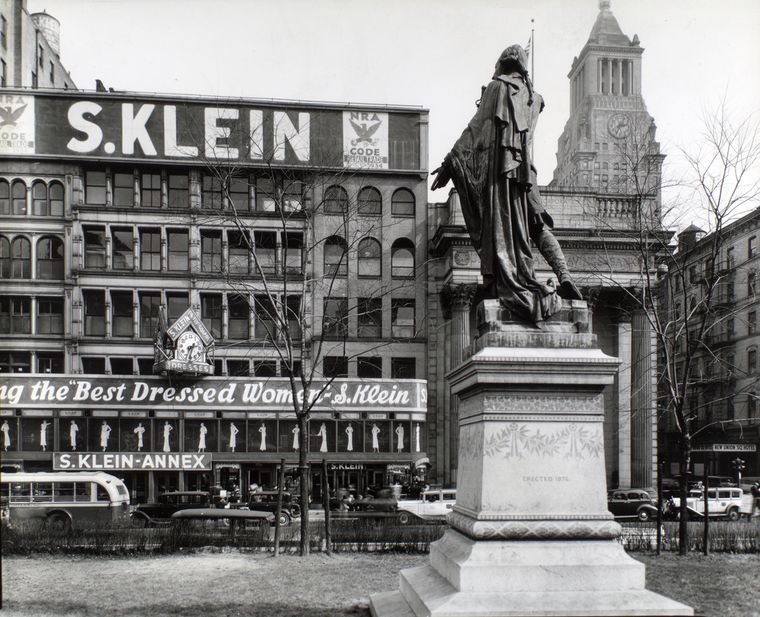 Samuel Klein founded the discount department store S. Klein, with his flagship store at this location (presently Zeckendorf Towers) around 1910. Although his business grew to include 19 stores in New York and New Jersey, changes in discount retail shopping led to the decline of the once-popular chain and this store closed in 1975. During the 1940s and 1950s, the store was famous for its bargain bins and the enthusiasm for which shoppers would "dig" through them, competing with others for the best deal. The experience of shopping at S. Klein has been depicted in such iconic television shows as I Love Lucy. 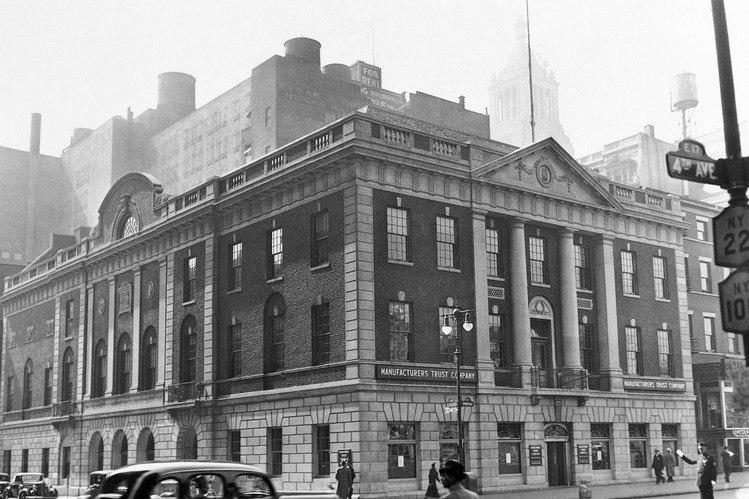 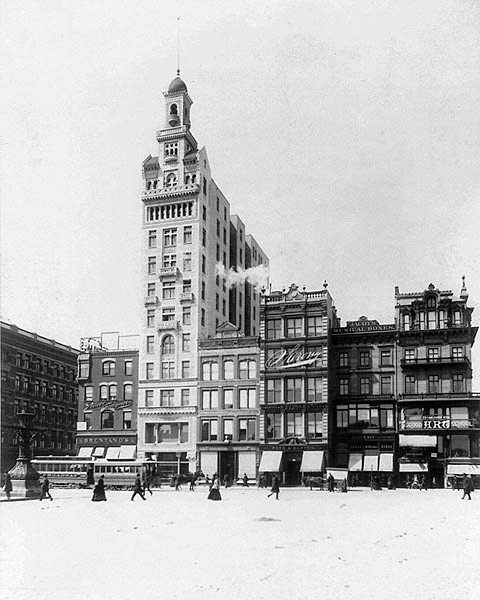 Constructed in 1892 for the Decker Brothers piano company architect and radical anarchist John H. Edelmann, this building has been home to numerous companies. It's most famous tenant, however, was Andy Warhol, who leased studio space on the sixth floor from 1968 through 1973. The studio was known as the Silver Factory and was known for cutting-age art and decadent parties. The studio is also famous for being the place where radical feminist Valerie Solanas shot Andy Warhol and art critic and curator Mario Amaya in 1968.